A confidential arbitration between Kevin Spacey and his former employer reveal disturbing new allegations against the Oscar winner — including that he groped both a young “House of Cards” production assistant and an actor who wanted to audition for the show, according to a new report.

The allegations are among many described in a closed-door legal fight between Spacey and Media Rights Capital, which sued him for tens of millions in damages in 2019, The Hollywood Reporter revealed.

Spacey countersued, alleging that Media Rights Capital owed him money because the conglomerate had illegally withheld his compensation after allegations that he sexually assaulted minors first came to light in 2017. Oral arguments in the arbitration are scheduled for late June.

The legal proceedings themselves also feature allegations of bizarre behavior on Spacey’s part. According to THR, the actor performed a musical number during his deposition, springing into song and dance a la “Oklahoma!” or “Brigadoon” while being questioned.

Multiple members of the cast and crew of “House of Cards” have described Spacey’s behavior as predatory. 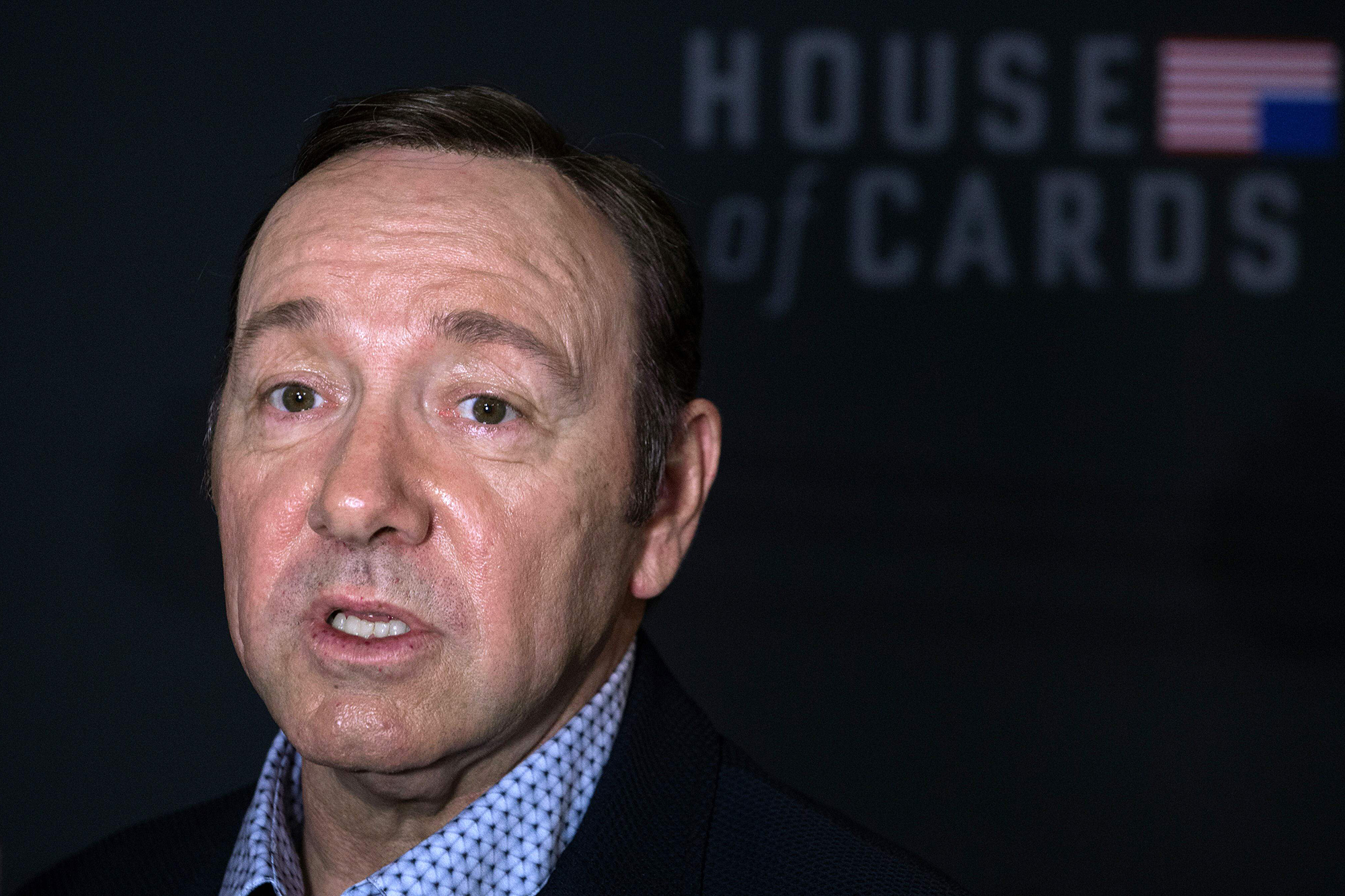 The 20-something PA had been rushing Spacey to the hospital from the set of a promo for the series in 2012, where the actor had singed his hand while holding a burning American flag,

THR reports that during casting for a later season of the show, Spacey invited a young actor to his room in a Santa Monica hotel to discuss a part. When the actor declined, Spacey allegedly drove him to the Getty Center and groped him.

Media Rights Capital appeared to acknowledge and apologize for at least one incident of on-set misconduct in a statement issued in 2017: “During our first year of production in 2012, someone on the crew shared a complaint about a specific remark and gesture made by Kevin Spacey.” The company said it took “immediate action” and that it was “confident the issue was resolved.”

Now rarely seen in public, the actor is fighting multiple legal battles that span continents, with potentially criminal sexual assault allegations and lawsuits against him in London, New York and Los Angeles.

He has repeatedly denied the accusations against him.