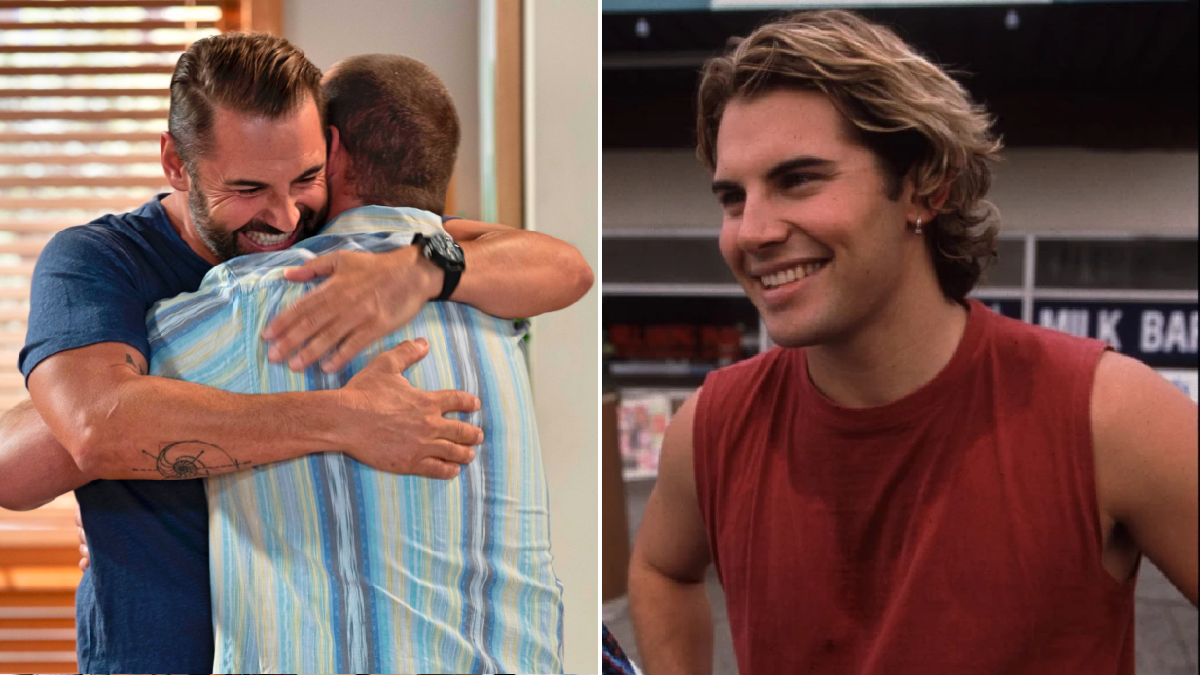 Joel Samuels (Daniel MacPherson) will stage his Neighbours comeback next week amid the show’s final episodes on air, and be still our beating hearts.

The heartthrob, who featured in the Channel 5 serial between 1998 and 2002, will surprise best mate Toadie (Ryan Moloney) just days before his wedding.

Toadie, as viewers know, has a lot on his mind right now, after he starts to realise that Amy Greenwood (Jacinta Stapleton) has feelings for him.

Despite this, however, he’s going full steam ahead on the wedding preparations, but bride-to-be Melanie Pearson (Lucinda Cowden) struggles with memories from the past ahead of the ceremony.

Toadie, meanwhile, has similar concerns, and thus he realises that he must make a bold gesture in order for he and Mel to start married life off on the right foot.

Before all that, however, he receives a visit from an old friend!

Joel arrives in Ramsay Street, stopping Toadie in his tracks. After the initial shock settles in, Toadie introduces Joel to Melanie, and the trio reminisce about days gone by.

Toadie then mentions his estrangement from Amy, who Joel also knows very well, so the question is: just what will he make of the whole situation?

That remains to be seen!

Joel made his Ramsay Street debut in 1998, after befriending Malcolm Kennedy (Benjamin McNair), who recently staged a comeback himself.

The character featured in numerous storylines in the years that would follow, embarking on relationships with Dee Bliss (Madeleine West) and Felicity Scully (Holly Valance).

He departed Erinsborough in 2002.

It was confirmed earlier this year that Joel would be one of several former Erinsborough favourites to stage a comeback for Neighbours’ grand finale.

Neighbours, as viewers know, is set to conclude later later this month, after Channel 5 controversially decided to drop it from their schedules in favour of ‘original UK drama’, which the broadcaster claims has a ‘strong appeal’ for audiences.

The final month of episodes have been described as an on-air celebration of the show’s legacy and are thought to be must-see TV.

Discussing his return, actor Daniel MacPherson said: ‘Joining Neighbours at age 17, little did I know, was going to kick start a career that continues to be the adventure of a lifetime.

‘To go back and play Joel one more time, was a small way to show my enormous gratitude to cast, crew and fans of the show.’