Clare Crawley has found a love she can trust with Ryan Dawkins — something the former Bachelorette can appreciate after her rocky romance with ex-fiancé Dale Moss.

“Clare is dating Ryan Dawkins. They met about a year ago and started out as friends,” a source exclusively reveals to Us Weekly. “She wanted to keep it private until she was ready to debut him as her new boyfriend. Close friends and family have known about it for a few months now but it was her secret to tell.” 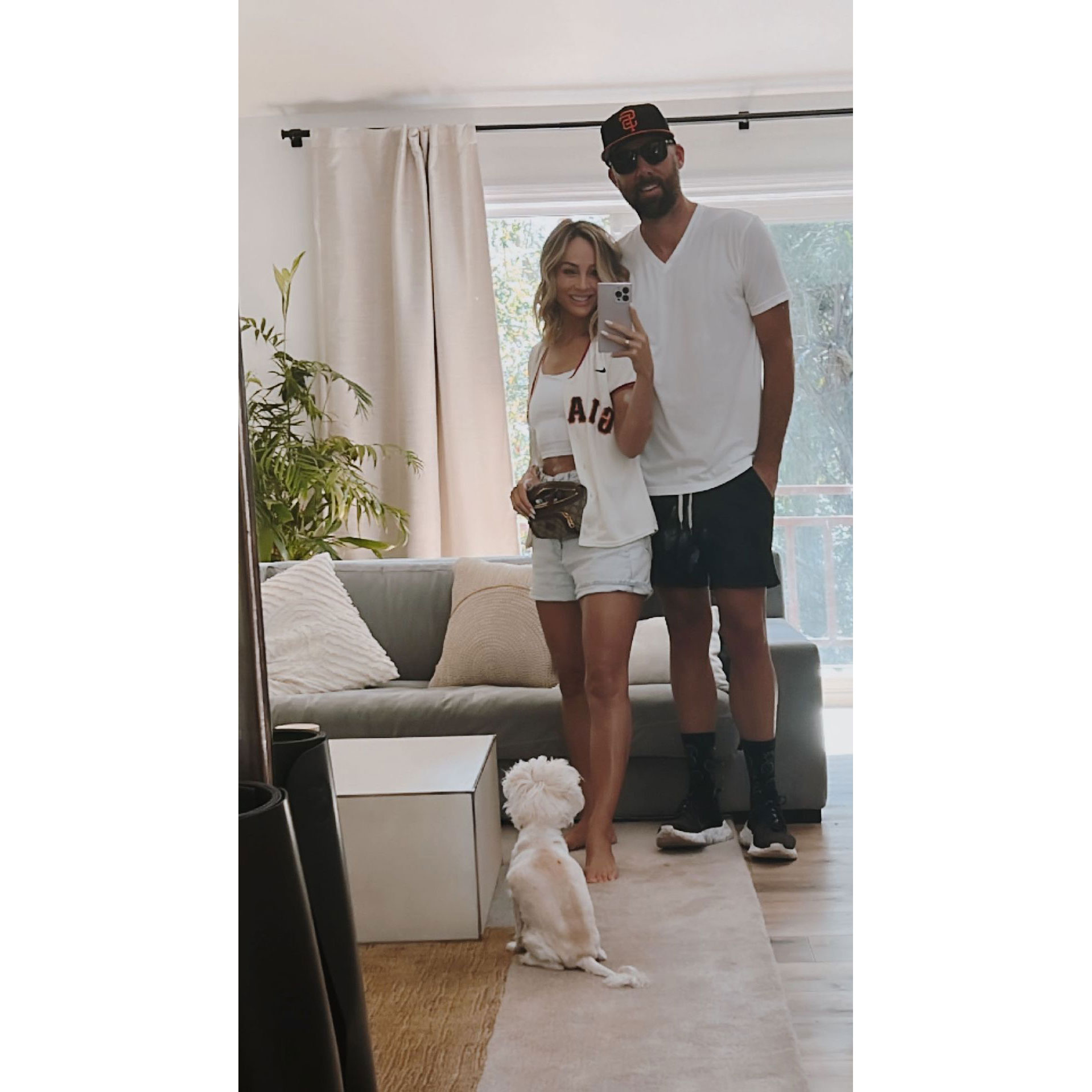 The insider tells Us that Crawley, 41, and Dawkins, 45, have “built a real solid foundation” together since their relationship began, adding that the California native is exactly what the TV personality is looking for in a man.

“He’s mature, career-driven and a good father,” the source explains. “He isn’t in it for fame, which is what makes him different from her past relationships.”

The pair are “both into sports” and have a lot in common, making him a great fit for the self-described health enthusiast. “She’s seriously interested in him and is excited to see where things go,” the source shares.

Details surrounding Crawley’s new beau come one day after the reality star posted an Instagram Reel of the pair singing in the car together. “Him,” she captioned the post, before noting that Dawkins is her “perfect match.”

While she didn’t identify Dawkins by name at the time, Crawley did respond to people in the comments section to provide more details about the romance — including a hint that she’s been seeing the businessman for a while.

“Babyyyyy!! Finally,” the hairstylist pinned one comment. “A year later and y’all still so f—king cute.”

Fans watched the Bachelor Nation star search for love during season 18 of The Bachelor, seasons 1 and 2 of Bachelor in Paradise, Bachelor Winter Games and season 16 of The Bachelorette in 2020 during its 20th season, when Crawley walked away from the ABC series after accepting a proposal from Moss, 33.

Bachelorette’s Clare Crawley and Dale Moss: The Way They Were

While the twosome initially split in January 2021, they briefly reconciled before calling it quits for good in September of that same year.

“They have different visions and wedding planning wasn’t happening which made Clare really upset,” another insider told Us at the time. “She wants to be in Sacramento to be close to her family, especially her mom who isn’t well. Dale wants to remain in NY. They will still support each other and have love for each other no matter what.”

While a rep for the football star revealed that Crawley had blocked Moss from all communication, making it “impossible” for the two to communicate, Crawley slammed the allegations, claiming she had “receipts.”

“It’s very impersonal to be putting out statements and articles,” she fired back on the “Whine Down” podcast with Jana Kramer that October. “I think you both know the truth. I know the truth, he knows the truth. … I don’t care for my side of the story, to be honest, to even be out there. If my biggest regret is trusting the process, trusting a man’s words and who he showed me he was, I don’t think that that’s a regret.”

Us confirmed that Moss began dating designer Galey Alix in June. Crawley, for her part, was linked to former Bachelorette contestant Blake Monar earlier this year, but a source revealed to Us that the duo were “never officially dating.”