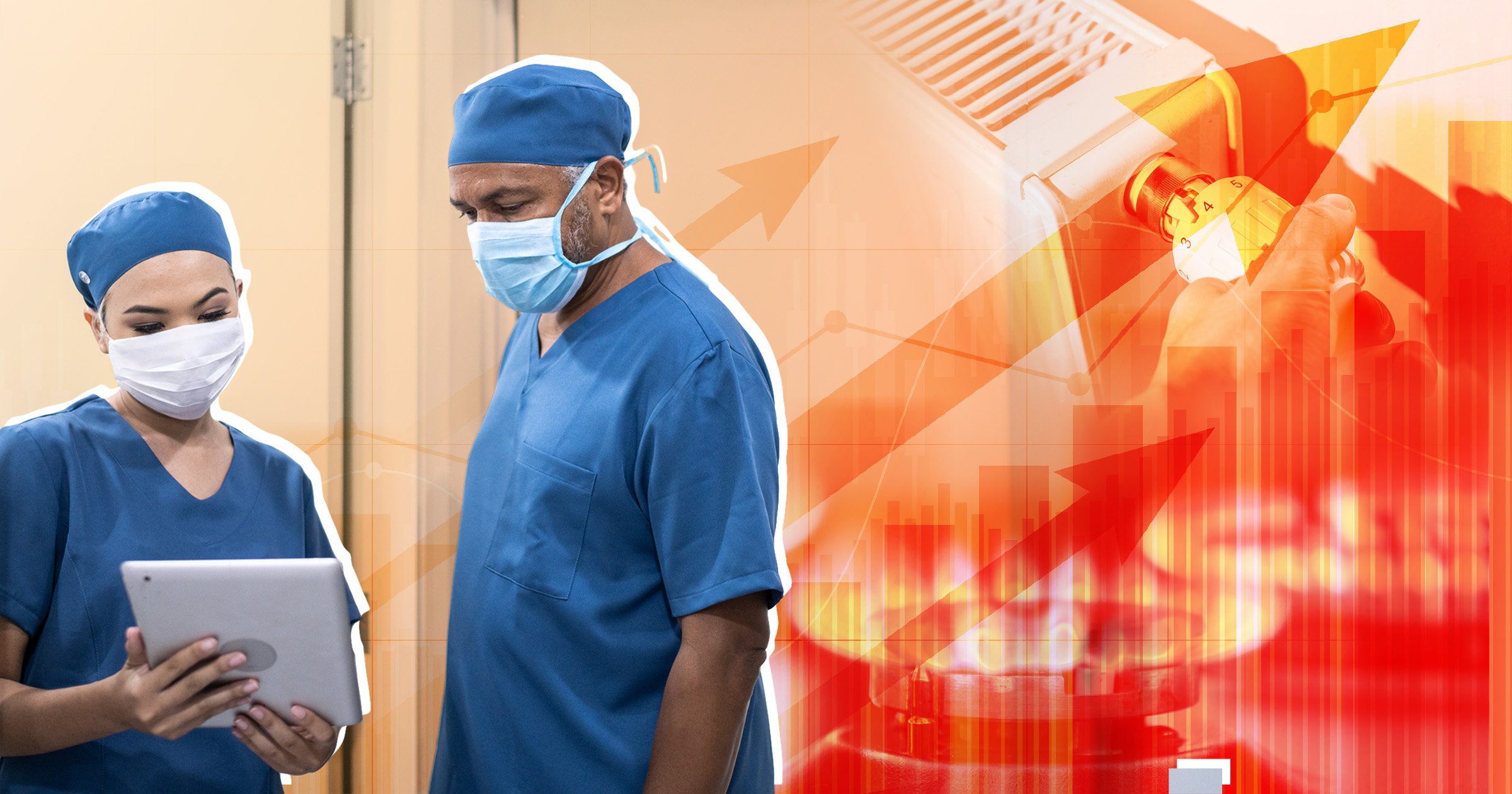 Two-thirds of nurses surveyed for a recent report are being forced to choose between food or fuel in the face of the cost of living crisis.

The study of over 1,000 nurses, health and social care workers conducted by healthcare platform Florence also found that nearly one in five (14%) have turned to food banks in recent months, while 30% note that they know colleagues who have.

It comes as rising prices and inflation put pressure on low-income nurses and carers who are concerned about energy bills and the increasing cost of food and other basic essentials.

A whopping 94% of nurses and healthcare staff are calling for the Government to increase wages in line with inflation, which is currently increasing at its fastest rate in 40 years.

The Royal College of Nursing (RCN), which represents close to half a million nurses, began balloting hundreds of thousands of its members last week (starting on October 6th) and asking them whether they will support strike action based on the 5% pay increase offer from the Government above the RPI inflation rate of 12%.

The ballot will close on November 2 with the result due next month.

If the strike action is granted, then it would be the first national walkout of nurses in history.

The 5% rise is thought to be too little too late by many in the healthcare profession, and over 28% of nurses in the study have said that they are planning to leave the profession in search of better-paid jobs.

Fiona Millington, Chief Nurse at Florence, said: ‘Nurses and carers are making genuine decisions, “Do I have something to eat that’s hot? Do I risk having to use gas to heat this up?”.

‘Nurses and carers, like every other profession, are finding themselves in a situation where it’s more challenging to make ends meet.

Sabah Hussain, a 35 year old agency nurse across Leicester hospital and care homes in Birmingham, is growing anxious about how she will afford her bills or buy food as prices continue to rise.

‘Things are getting more expensive, and I am worried,’ Sabah tells Metro.co.uk.

‘What if I don’t have any work next week? What if I can’t pay my bills or buy food?

‘I don’t spend time with my daughter or my family because I have to work more hours which also means more time on the road travelling to jobs.’

While Sabah is yet to give up any essentials, she has been considering how she will afford to keep her house warm and pay her bills and the mortgage if her earnings remain low.

‘As everything is so expensive, I have had to buy hot water bottles and extra fleece blankets in order to reduce the amount of time I have the heating on,’ she adds.

‘I’ve even had to turn down some work as fuel is so expensive, and I can’t afford to travel there.’

Going forward, Sabah wants the government to consider childcare support for those who work as well as an increase in nurses’ wages.

The cost of living crisis is having a massive impact on mental health, with over half of nurses and healthcare staff who took part in the study saying that they have had to take time off work to recover from stress and burnout.

There are also concerns that the rising costs will compound pressures already facing the NHS – such as wait times which are predicted to double – and add to the chronic staffing crisis facing the NHS.

Of those surveyed, 79% said that the current rising costs will see the NHS face’ intolerable pressure’, as 60% state that patients will miss appointments due to costs of travel, while more patients will likely be turning to the NHS due to ill health in relation to the crisis.

The latest figures show that a total of 6.8 million people were waiting to start treatment at the end of July, which is the highest number since records began; this will be in part due to the Covid-19 pandemic too.

While inflation-matched pay is the biggest call to action that nurses are asking from the Government, it is not the only solution they are calling for.

Many (69%) say that the NHS needs increased funding for its critical services in order to ensure that the quality of healthcare given to patients is now compromised, while over half of the respondents said that the Government needs to develop long-term plans to safeguard the future of the NHS.

Dr Charles Armitage, CEO and founder of Florence, adds: ‘It is completely inadmissible that frontline nurses and healthcare staff are choosing between food and fuel.

‘The cost of living crisis is having an unforeseen impact on those on low income, and nobody shouldn’t have the right to basic necessities, whether food, fuel, housing or otherwise.

‘We’re heading into a tough winter, and it’s vital we take greater care of our NHS workforce. The cost of living crisis is a pandemic-level crisis, and not only will our workforce personally suffer, but the healthcare service overall will face intolerable pressure at a time when it’s already on the brink of collapse.

‘The interface between the NHS and social care, A&E and discharge, or the front door and the back door of the healthcare system, is where we’re seeing the biggest pinch points, and the system is really starting to break down.

‘For too long, the UK’s under-funded, over-stretched system has pushed more NHS and social care professionals to leave than to stay; with ever-growing vacancies and Covid-19 adding to the pressure.

‘Staff shortages are the single biggest threat to global healthcare. High vacancy rates are fuelling long wait times, burnout and ultimately driving the existing workforce out – all in search of less pressure and better pay.

‘It’s unsustainable, and we need an urgent, long-term solution. We need to see increased pay, greater efforts to bring more people into healthcare and enhanced training as a start. We need to look after our frontline healthcare workers, not drive them out.’