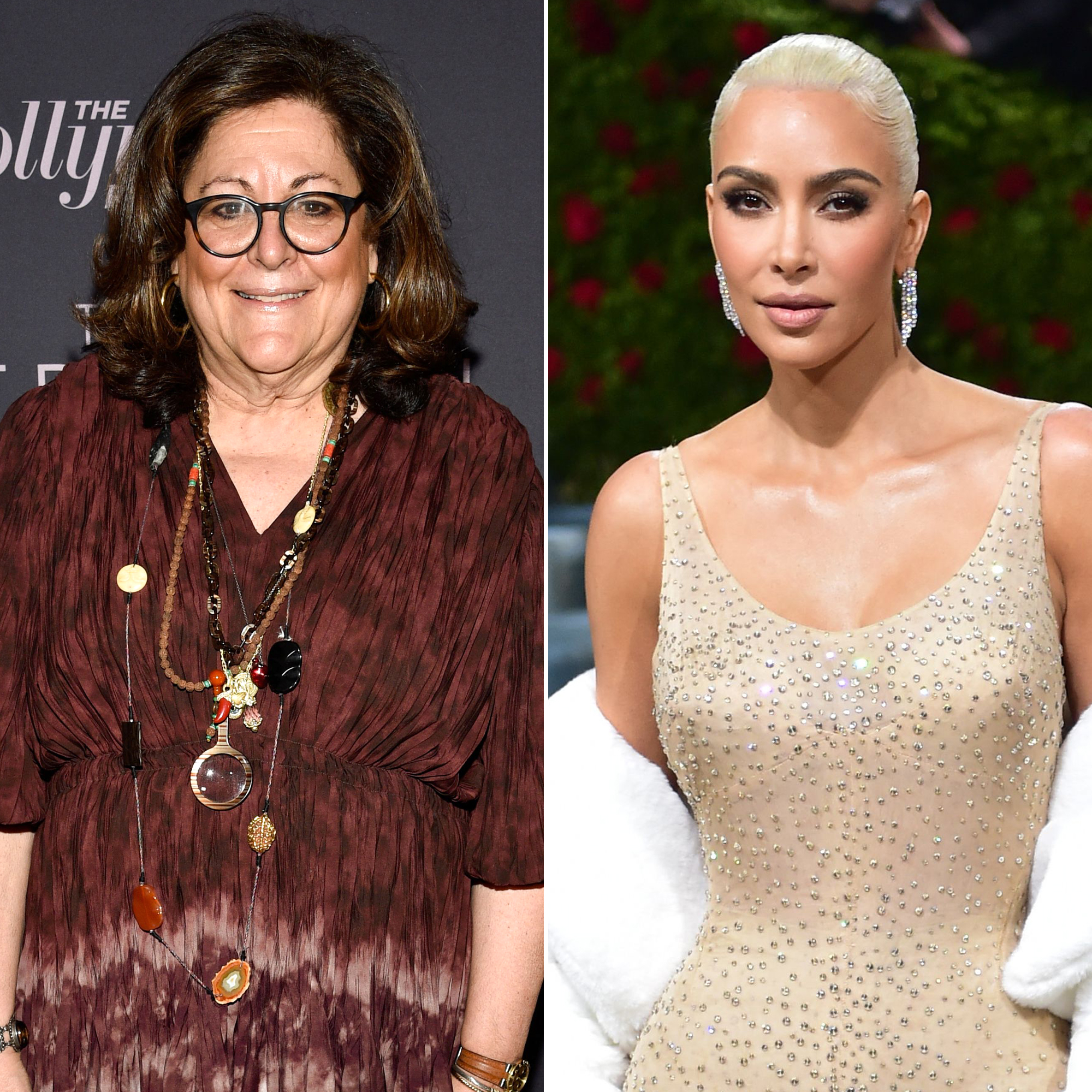 Kim Kardashian may have ended an era, according to Fern Mallis. The New York Fashion Week creator opened up about the reality star’s decision to wear Marilyn Monroe’s Bob Mackie gown to the 2022 Met Gala, and how she believes the debacle will impact red carpet events in the future.

“I really feel strongly that that dress should be in a museum,” Mallis, 74, said in a new interview on “Behind the Velvet Rope” podcast, which aired on Tuesday, July 19. Mallis added that she believes the historic piece should be on display at The Metropolitan Museum of Art and not Ripley’s Believe It or Not!

The New York native, who served as the executive director of the Council of Fashion Designers of America from 1991 to 2001, shared that “it was odd” to see the one-of-a-kind dress on Kardashian, 41, adding: “It didn’t look as sheer [as before]. It was wrong.”

While Mallis admitted that she doesn’t “know [if the dress] was destroyed or whether sequins fell off,” she said it “was funny” that the Skims founder “had that fur piece, holding it around her fanny.” Mallis felt the accessory “meant she was covering up something.”

The fashion guru also questioned why the Kardashians star didn’t wear the replica she changed into after walking the red carpet “the whole time.”

“We all know Kim has a large booty, and there’s no way that she was the same size as Marilyn,” Mallis added.

In an interview with Today, which aired on June 21, the California native told anchors Hoda Kotb and Savannah Guthrie: “I respect [Marilyn]. I understand how much this dress means to American history and with the [Met] theme being American, I thought what is more American than Marilyn Monroe singing ‘Happy Birthday’ to the President of the United States.”

The beauty mogul continued, “It was such a process. I showed up to the red carpet in a robe and slippers and I put the dress on at the bottom of the carpet, went up the stairs … I probably had it on for three minutes, four minutes, and then I changed at the top of the stairs.”

When Kotb, 57, asked Kardashian to address claims the dress was “ruined,” the Skims founder shook her head and said, “No … Ripley’s [and I] worked together so well. There were handlers and gloves that put it on me.”

Earlier in June, collector Scott Fornter alleged that the dress, which the late icon wore to serenade then-President John F. Kennedy in 1962, was badly damaged after being loaned to the Keeping Up With the Kardashians alum for fashion’s biggest night on May 2.

In photos Fortner claimed were taken on June 12, the dress appeared to have rips in the sleeve, sustained tears at the zipper and was missing several crystals. The fashion historian also shared alleged images taken of the dress ahead of Kardashian’s Met Gala appearance that showed the look with no blemishes.

Fortner further addressed concerns surrounding the dress by uploading a video of the design taken before it was purchased by Ripley’s Believe It or Not! in 2016 for $4.8 million. “To anyone who may be questioning the actual condition of Marilyn Monroe’s ‘Happy Birthday Mr. President’ dress prior to being purchased by @RipleysBelieveItOrNot or implying that low quality photos of the dress were shared to somehow make the newly discovered damage to the dress seem worse than it actually is, this is [a] 4L video that I took of the gown while it was on display at @Juliens_Auctions in November 2016,” he said. “Without question, the damage is significant.”

In a statement released on June 16, Ripley’s addressed the controversy, saying: “Kim Kardashian wearing the ‘Happy Birthday’ dress has been hotly contested, but the fact remains that she did not, in any way, damage the garment in the short amount of time it was worn at the Met Gala.”

Ripley’s Vice President of Publishing and Licensing, Amanda Joiner, added in the memo: “From the bottom of the Met steps, where Kim got into the dress, to the top where it was returned, the dress was in the same condition it started in.” The archival center went on to assert that Joiner was with the dress throughout the day of the Met Gala on May 2 and remained with the garment when it was transported from Orlando to New York for the big event.

Before Kardashian borrowed the number, it was housed in a dark, temperature controlled room at Ripley’s. On the day of the Met Gala, the archival center stressed that the beauty mogul was not allowed to make alterations to the look and had changed into a replica after wearing the frock on the Met steps.