Shortly after the GMA3: What You Need to Know coanchors arrived in Miami earlier this week, they couldn’t keep their hands off one another. Robach, 49, and Holmes, 45, were spotted passionately making out on Wednesday, December 28, in photos obtained by Page Six. The former CNN reporter leaned against an outdoor railing as Robach wrapped her arms around his waist, pulling him in for a kiss.

Holmes and Robach — who are married to Marilee Fiebig and Andrew Shue, respectively — made headlines late last month. The GMA3 colleagues, who both joined the third hour of Good Morning America in 2020 alongside Dr. Jennifer Ashton, were spotted looking cozy in a series of November pics published by the Daily Mail. The duo have not publicly addressed the photos. 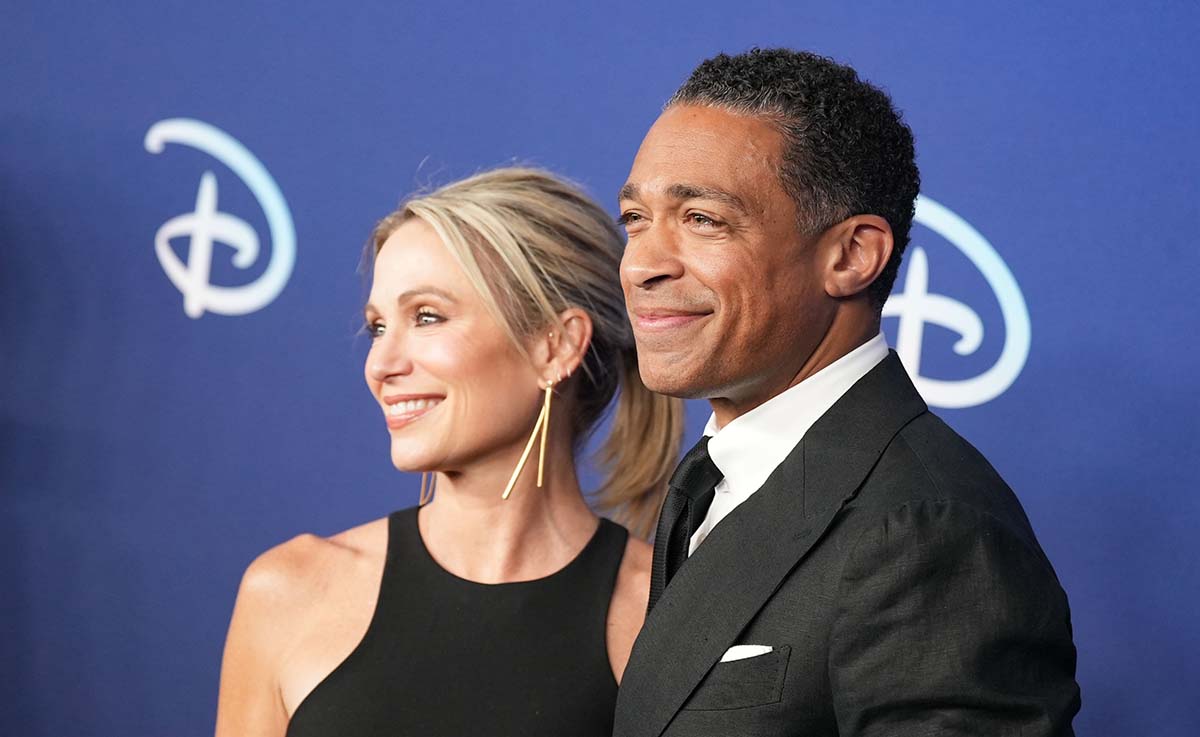 Holmes — who shares a 9-year-old daughter with Fiebig, as well as two older children with ex-wife Amy Ferson — has since filed for divorce from the attorney. Us Weekly confirmed earlier this month that the former BET personality filed in New York City to dissolve his marriage, days before traveling to Miami with Robach.

‘GMA’ Anchors Amy Robach and T.J. Holmes’ Candid Quotes About Each Other

Robach, for her part, has not addressed the status of her marriage to the Melrose Place alum, 55. Shue, however, scrubbed his social media profile of any joint photos of the seemingly estranged couple.

While neither Robach — who shares two daughters with ex-husband Tim McIntosh and is stepmother to Shue’s three sons — nor Holmes have publicly addressed their newfound relationship, a source exclusively told Us Weekly last month that they pair’s bond grew as they worked together on set.

“They always had a spark and their work trips away together brought them even closer,” the insider told Us in November of the broadcasters and running buddies. “They have been trying to keep their relationship a secret until they were ready to announce.”

Shortly after news broke about the scandal, the journalists returned to GMA3 and joked about their “great week.” The twosome have since been pulled from the daily broadcasts pending a human resources investigation.

Slaps, Affairs, Lawsuits and More: Relive the Biggest Scandals of 2022

“T.J. and Amy are not on camera currently because ABC wants to make sure it’s able to do a full review of their relationship before bringing them back on air,” a second insider told Us earlier this month. “ABC is putting resources in so there are no surprises and they have all the information they can before deciding how to proceed.”

Reporters Stephanie Ramos, Gio Benitez, DeMarco Morgan and Rhiannon Ally have stepped in to cohost the afternoon broadcast in Robach and Holmes’ place.