PETER OBORNE: No 10’s plan to shut Parliament could end in chaos

PETER OBORNE: I was wrong to think No10 would not contemplate ‘taking back control’ like this – I fear it will end in chaos

At first, I assumed the notorious No 10 spin machine was playing political poker when, several weeks ago, it floated the idea that Boris Johnson could shut Parliament so as to drive through a No Deal Brexit.

I didn’t believe it could have contemplated anything so dangerous. I was wrong.

We are now told that the Prime Minister sought advice from the Attorney General, Geoffrey Cox, about whether he could legally stop MPs enforcing a further delay to Brexit.

Downing Street’s response to this report was: ‘No 10 seeks legal advi ce all the time on a whole number of issues.’ Clearly, therefore, it’s true.

I have little doubt that Mr Johnson and his Downing Street svengali Dominic Cummings would prefer to secure Britain’s departure from the EU in a smooth and constitutional way. But the unelected Cummings has already made it clear that he will stop at nothing to get his way. 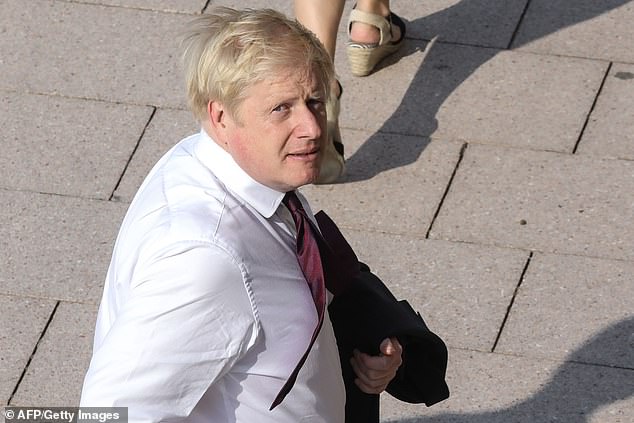 Boris Johnson (pictured in France yesterday) has admitted it was ‘touch and go’ whether Britain would leave the EU with an agreement on October 31, having previously said the odds were ‘a million to one against’

For his part, Mr Johnson has said he will ‘do or die’ for Brexit. And Foreign Secretary Dominic Raab has openly speculated about ditching Parliament to push through Brexit.

This is deeply troubling.

If such a course is taken, the House of Commons would be excluded from any role in the most important peacetime decision made in British history.

Of course, many Brexiteers feel the way their goal has been blocked, it would be more than justified to suspend Parliament. They are convinced that MPs – who, in the main, voted Remain – have no mandate to stand against the will of the British people as expressed in the referendum three years ago.

Indeed, Theresa May’s downfall was the result of Parliament’s intransigence – a combination of the unforgivable treachery of her senior colleagues and opposition MPs betraying their own manifesto promise and snubbing the result of the EU referendum.

But to others, such a move would be outrageous and a betrayal of this country’s proud democratic record.

MPs opposed to a No Deal Brexit will point to the fact that while the British people voted Brexit – by a relatively narrow margin – three years ago, they never voted for a No Deal Brexit.

Indeed, they say pro-Brexit campaigners blithely claimed the Government would have little difficulty striking an exit deal with Brussels and dismissed as scare-mongering the idea that we might crash out with no deal.

Crucially, too, Mr Johnson has said there is only a ‘million to one chance’ of No Deal. Now it is becoming increasingly obvious that far from being a vanishingly remote possibility, the Prime Minister has ordered his most senior law officer to advise on achieving a No Deal exit by subterfuge. This is not simply a question of constitutional niceties and political protocol. Such a question was posed to the Attorney General against a background of internal government memos warning of possible economic problems after a No Deal exit and even arch-Brexiteer Nigel Farage warning of trouble.

It would risk jobs being lost and very likely land a fatal blow on most of our car manufacturing industry.

At an non-economic, level, it would risk the break-up of the United Kingdom because the Scottish government would use Brexit as a springboard to push for independence.

Make no mistake, too, Mr Johnson’s idea of suspending Parliament could mean constitutional and political chaos. 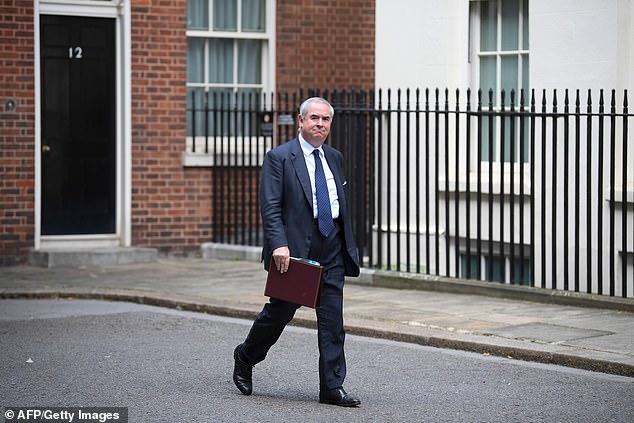 For centuries, as a beacon to other countries, Britain has run as a representative democracy. That means Parliament is ultimately sovereign.

By proroguing Parliament for several weeks to force through Brexit, Mr Johnson would be acting against the spirit of the British constitution.

Above all, such a move would require the assent of the Queen – meaning the monarchy being dragged into party politics. Nobody wants that.

A dark irony, I believe, is at work here.

Brexiteers have repeatedly said that leaving the EU was about ‘taking back control’. But they never said that it was about destroying the authority of Parliament and the system of government that has governed Britain since the 17th century.

My guess is that for these very reasons, Messrs Johnson and Cummings are desperate to avoid a prorogation of Parliament – unless as a last-ditch panic move.

That said, I’m sure they are delighted to sow chaos and confusion among Remainer ranks – all the more so as they know Remainers are rudderless, divided and confused.

I suspect Downing Street officials of playing games. But such behaviour at a time of deep seriousness is low, student politics.

Parliament should sit throughout the next 66 days until October 31 – and that means MPs cancelling their annual, autumn party conferences.

Meanwhile, it is incumbent on Boris Johnson urgently to make it clear to the nation that, whatever his legal advice, he will not suspend Parliament and, instead, will allow our elected representatives the freedom to debate the biggest peacetime issue this country has faced for centuries.