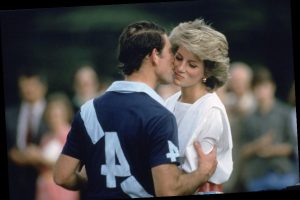 Prince Charles and Princess Diana’s marriage wasn’t exactly a fairytale. The two tied the knot hardly knowing each other, which set the stage for the marriage’s inevitable failure. Plus, Charles’ true feelings for Camilla Parker Bowles were not a secret to his wife.

Diana struggled with her mental health throughout the couple’s marriage, and Charles’ response to her depression showed their marriage’s true colors.

Charles and Diana first met when she was 15; Charles had briefly dated her older sister. He was 12 years older than Diana, but upon returning from military duty and learning Camilla had been married, he was becoming desperate to find a wife. He and Diana got along well enough, and it prompted him to start a relationship with her.

Things were always somewhat awkward for the couple, and it was never clear whether they were ever in love. Still, Charles was 30 and needed to settle down, so he proposed to Diana after 12 dates. In her recordings to Andrew Morton, revealed in her biography, “Diana: Her True Story — In Her Own Words,” Diana revealed that she laughed when Charles proposed, because they both couldn’t figure out why this was happening.

Throughout the couple’s marriage, Diana’s mental health took a turn. She struggled to hide her depression from the public, and at the time, the royals weren’t open about their personal issues. In the eyes of the public, the family had to be perfect. But the façade created so much stress for Diana that it made it impossible for her to handle behind closed doors.

Diana recalled in her recordings that her depression became “bad” within a few months of marrying; she even had to leave Balmoral early to seek treatment. Still, she refused to take any medication, despite that her doctors advised it. She felt that “patience and adapting” were all that she needed to overcome her depression.

Things did not improve for Diana, though, and when she cried to Charles, he wouldn’t hear it. “I felt so desperate, and I was crying my eyes out and he [Charles] said, ‘I’m not going to listen. You’re always doing this to me,’” Diana recalled in her recordings. Charles’ refusal to hear Diana’s words about her depression paint a clear picture that the two did not have a loving marriage.

When Diana was pregnant with William, she was dealing with depression and felt she had nowhere left to turn. In an effort to get Charles’ attention, Diana recalled that she “threw myself down the stairs” while pregnant.

Queen Elizabeth was the one to find her, and the queen was “absolutely horrified” at what Diana had done. Plus, it wasn’t enough to get Charles to pay attention. “Charles went out riding, and when he came back, you know, it was just dismissal, total dismissal,” Diana said.