The 7-year-old royal — who is said to share the late monarch’s love of horses — sported a diamond brooch in the shape of a horseshoe that was a gift from Queen Elizabeth, according to People.

The late monarch, who died on September 8 at the age of 96, was famous for her love of horses and rode well into her 90s.

It was a glimpse into the future of the young princess’ style and was the first time we’ve seen Charlotte wear a brooch or a significant piece of jewelry.

Princess Charlotte, who joined her brother Prince George for the funeral service, looked grown-up in an elegant black boater by Jane Taylor topped with a bow at the back. 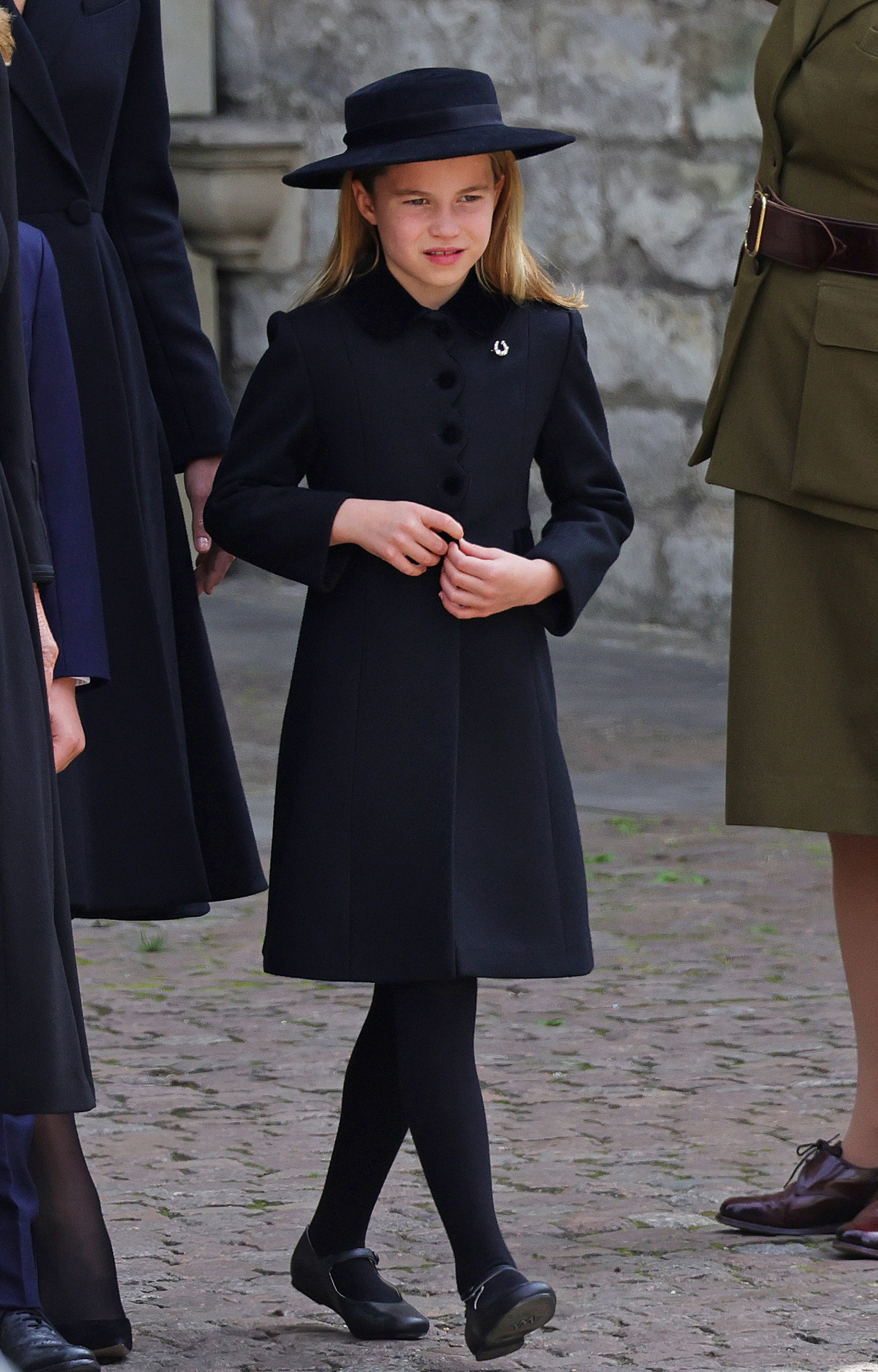 Princess Charlotte looked like a mini-me of her mother at Queen Elizabeth’s funeral, adding a touching brooch to her coat. 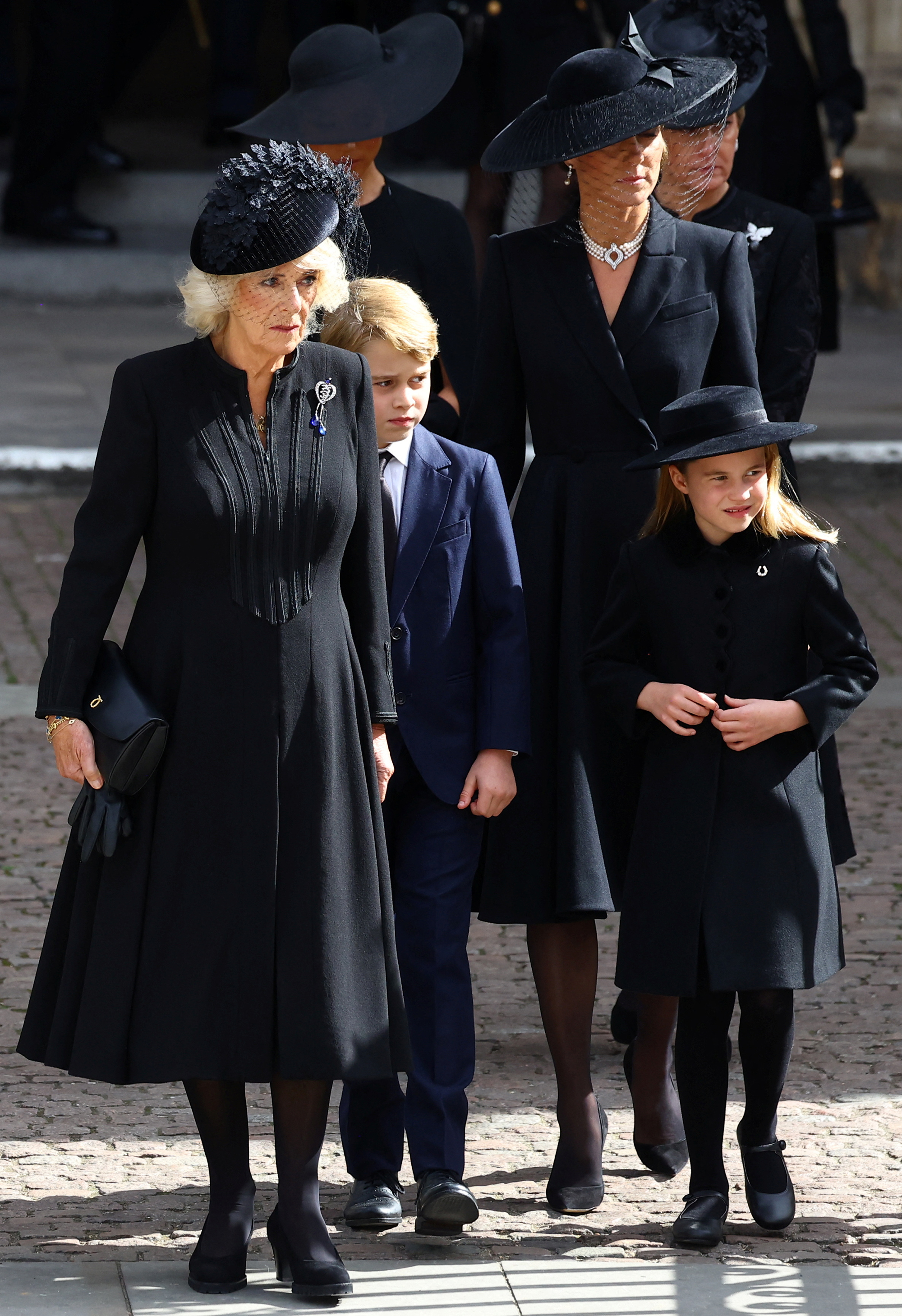 Princess Charlotte walked with the Princess of Wales, her step-grandmother, the Queen Consort, and brother Prince George.