Shocking photos prove why you should clean your dishwasher filter NOW 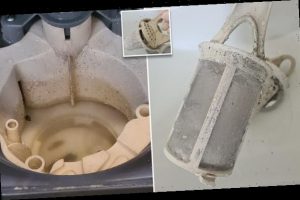 Why you must clean your dishwasher filter NOW: Mum is left horrified after discovering her machine is riddled with ‘black mould’ – as how you can safely remove it is revealed

Shocking photos have revealed why you should clean your dishwasher filter at least once a month.

The pictures shared on Facebook show a cylindrical filter speckled with tiny black dots and a layer of caked white crust.

A mother shared the photos in an Australian Facebook group, warning others about the grime and ‘black mould’ that appears to have accumulated inside her machine over a short period of time.

‘I’m a very clean person but it seems I’ve missed the boat with cleaning this part of the dishwasher properly,’ she wrote. 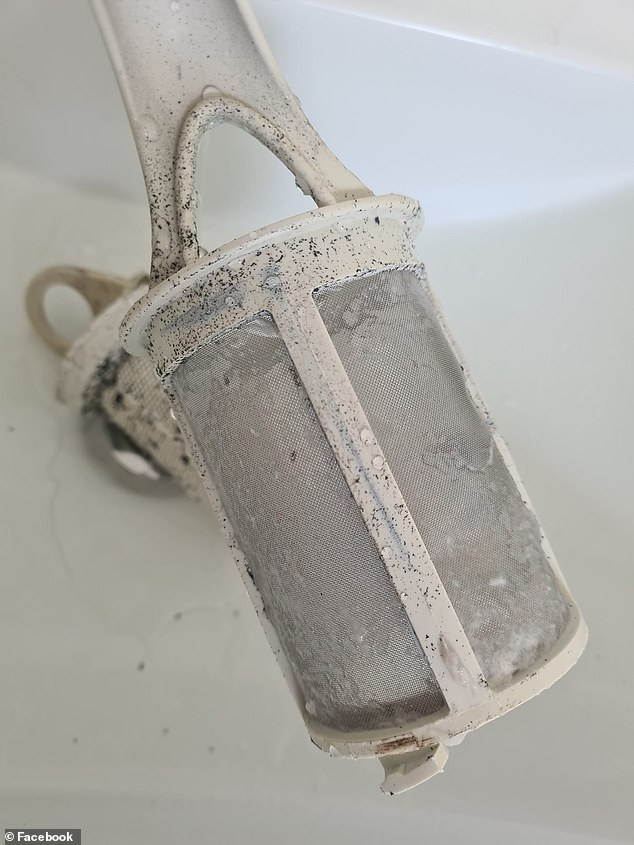 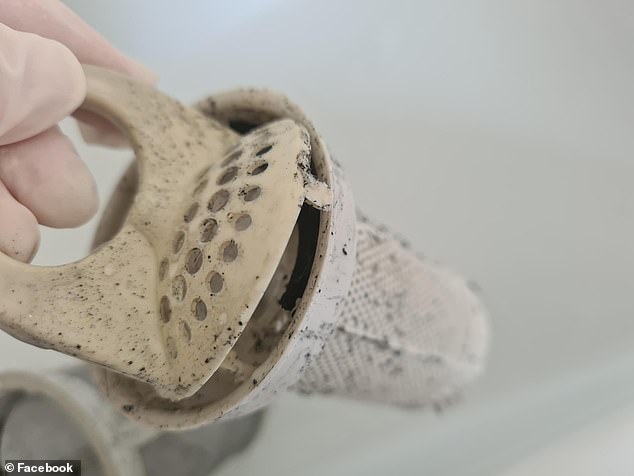 She shared the photos in an Australian Facebook group, warning others about the grime and ‘black mould’ that appears to have accumulated inside her machine over a short period of time

The mum said she does a ‘deep clean’ once a month but does not remove the filter each time – leading to the build up of mould and grime.

Appalled by the discovery, she said she soaked the filter in white vinegar and rinsed it in cold water before soaking it again in Milton sterilising fluid to remove lingering traces of dirt.

After a few minutes, the mum said she submerged the filter in dishwashing tablets dissolved in water to eliminate mould residue before slotting it back into the machine.

Prolonged exposure to spores from black mould can cause myriad health problems including nausea, vomiting and bleeding in the lungs and nose.

‘I usually toss anything mouldy out. But I can’t really do this here,’ the mum added.

Her photos, which were uploaded early Thursday morning, have drawn horrified responses and some useful suggestions.

Another recommended soaking the filter in clove oil to kill mould, but others insisted the dirt was just an accumulation of detergent.

Care instructions on the website of dishwasher manufacturer Whirlpool advise removing the filter and running it under water to remove surface level grime.

Wire brushes and scouring pads should be avoided as these abrasive materials are likely to damage the filter.