Owens, a 25-year-old safety for the Houston Texans, gave an Instagram shout-out to Biles, who competed at the US Classic in Indianapolis over the weekend, her first meet since October 2019.

“No comparison,” Owens posted to his Instagram Story alongside a photo of Biles, who rocked a rhinestone goat — representing the greatest of all time — on her leotard.

Named for Soviet gymnast Natalia Yurchenko, the Yurchenko vault performed by Biles included a round-off onto the takeoff board, then a back handspring followed by a half-twist onto the vault. She concluded with a double backflip in a piked position.

According to the New York Times, the vault’s namesake never even attempted the move in competition. “The double pike carries Yurchenko’s name because she pioneered the roundoff-back-handspring approach to the vault, not what Biles now can do after pressing off it,” the site explains. 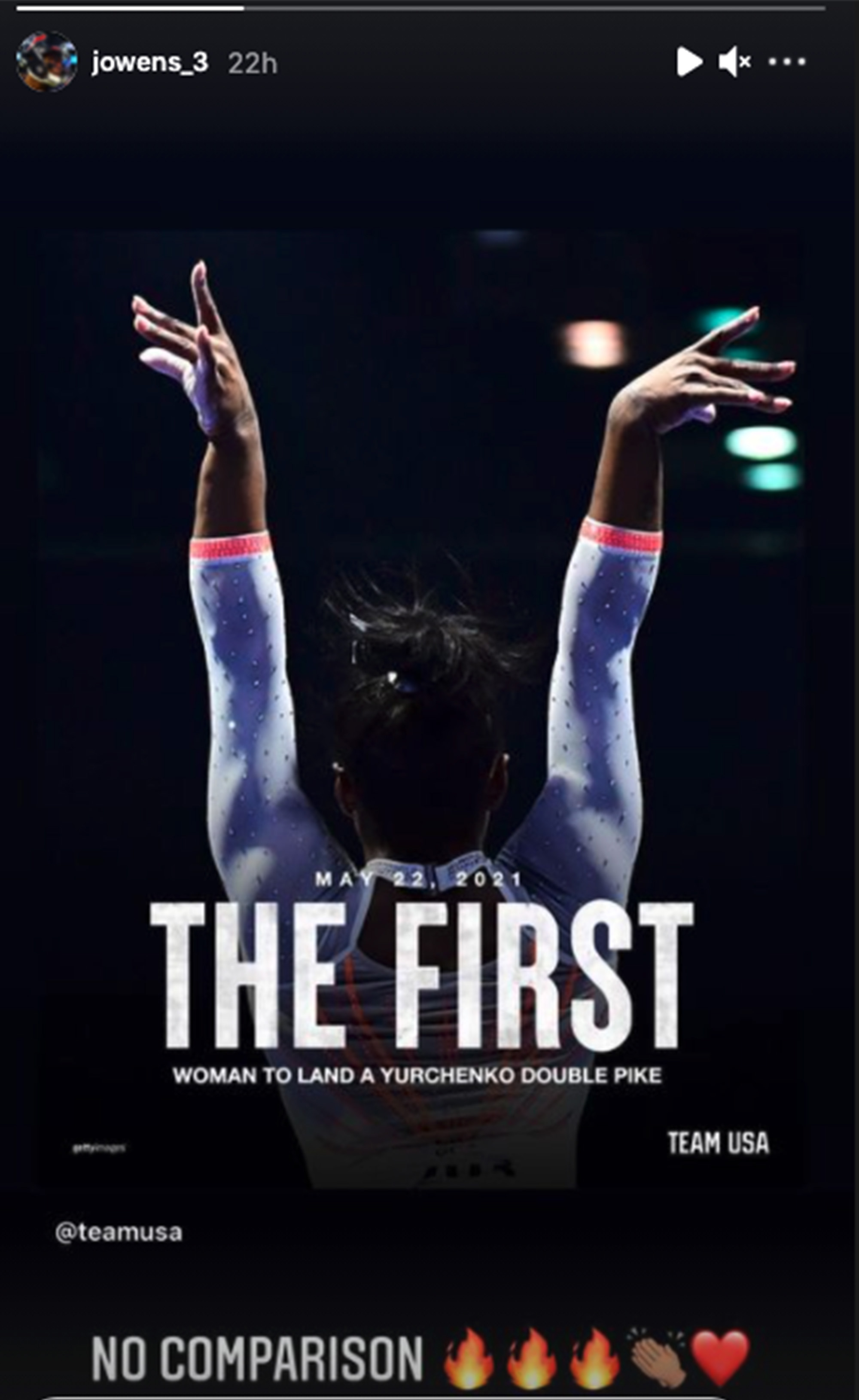 Biles finished first in the competition with an all-around score of 58.4.

In a previous interview with “60 Minutes,” Biles’ coach, Laurent Landi, spoke of the Yurchenko double pike, which he called “very, very challenging.”

“And what’s scary, it’s that people can get hurt, you know? You do a short landing, you can hurt your ankles, and then — you know– it’s– it’s a very dangerous vault,” Landi said at the time.

Although the Tokyo Olympics are very much on Biles’ radar, she is enjoying her romance with Owens. 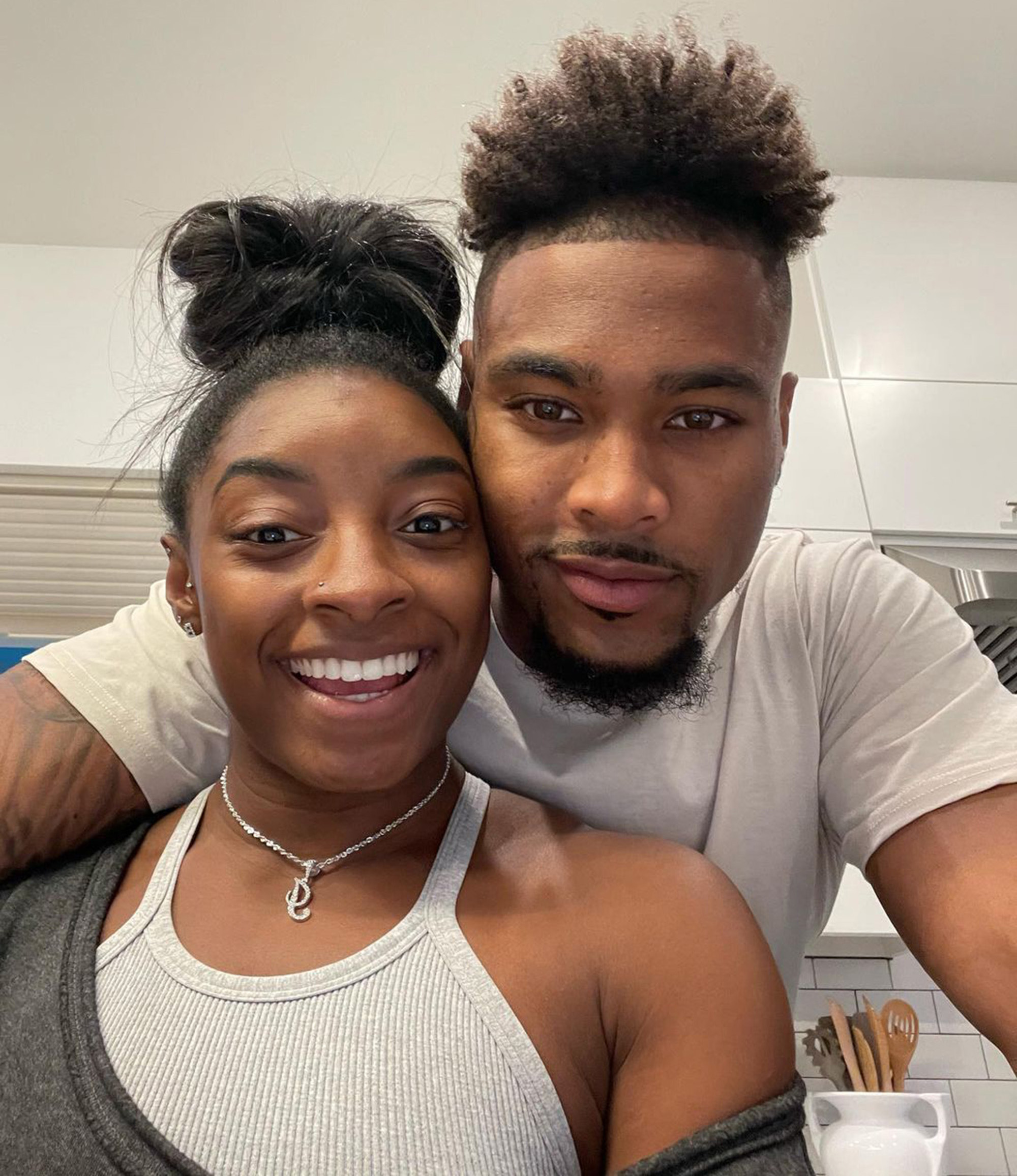 Biles cozied up to Owens in a sandy Instagram snap which she captioned, “With you is where I want to be.” 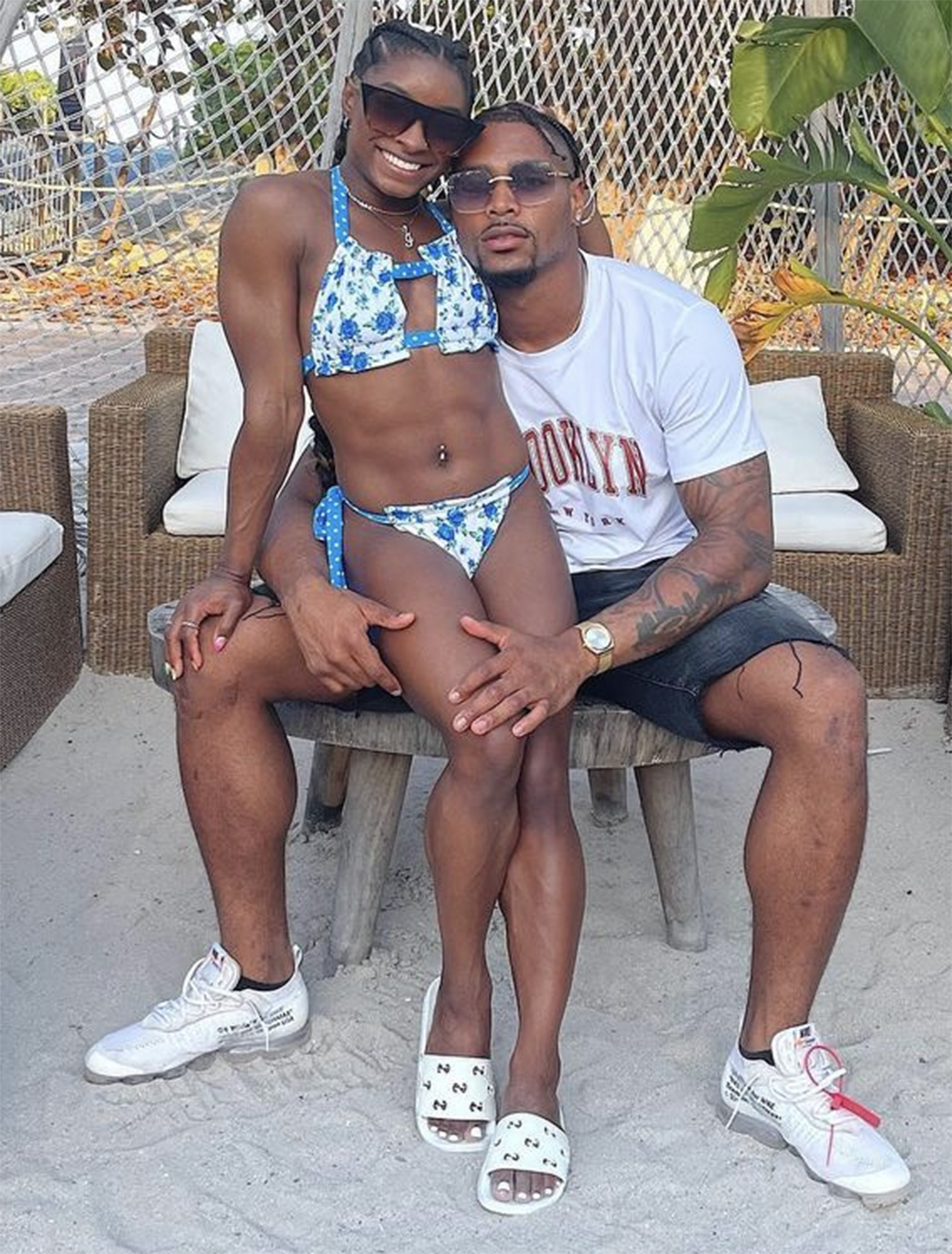