Home » Lifestyle » Social media manager, 19,reveals mum is desperate for her to move out

Social media manager, 19,reveals mum is desperate for her to move out Social media manager, 19, on £23,000 a year whose mum is desperate for her to move out admits she enjoys the ‘huge perks’ of saving money and avoiding chores too much – and ‘cried’ when she was asked to pay rent

A 19-year-old has told how her mother is desperate for her to move out – and cried when she was asked to pay rent – despite earning £23, 000.

Olivia Andrews, who lives in a three-bed house in Brackley, South Northamptonshire, with her dad Linden, 44, mum Ashley, 43, and younger sister Darcy, 12. told how her mum started on at her to look for somewhere else to live as soon as she got her first full-time job, aged 16.

However, three years have passed and the social media managed has stayed put – because she enjoys building up her bank balance and not having to do her own washing and cooking.

Speaking to The Sun, Olivia, who works as a social media coordinator for a nightclub company, said: ‘The first time mum told me I had to pay for my room, I cried. But I know I have it pretty good here, I only pay £150-a-month and it would cost me £500 for a room elsewhere, with bills and food on top.’ 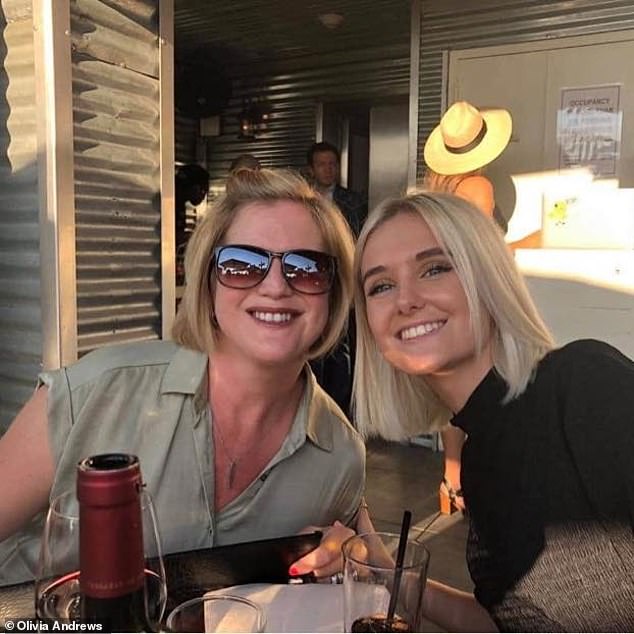 Olivia Andrews, 19, has told how her mother is desperate for her to move out – and cried when she was asked to pay rent – despite earning £23, 000. Pictured, Olivia and Ashley 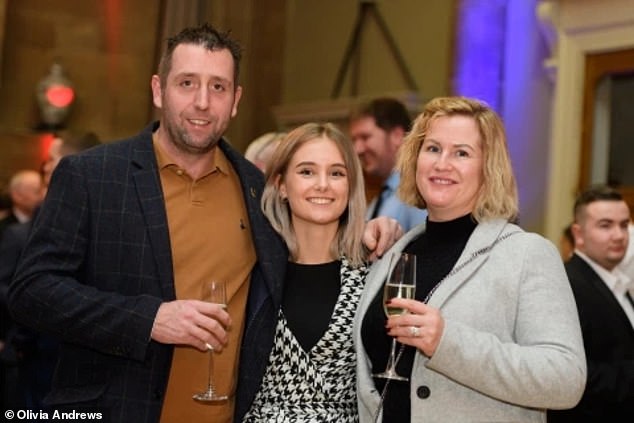 Olivia lives in a three-bed house in Brackley, South Northamptonshire, with her dad Linden, 44, mum Ashley, 43, and younger sister Darcy, 12. Pictured, with her mum and dad

Olivia went on to say mum – who is keen to transform her room into a guest bedroom – does give her a lot of freedom, and that apart from bickering about moving out, other arguments between the pair are minimal.

The 19-year-old says she has other stuff she needs to pay for – including her Volkswagen Polo which she pay £250-a-month for, along with her iPhone 11 Pro Max, which costs her £50-a-month on contract.

Olivia is the first to admit that her mum still does ‘everything’ for her which she sees as a ‘huge perk’ – including cooking dinner, cleaning, washing and ironing – but isn’t a fan of the ‘my house my rules’ mantra. 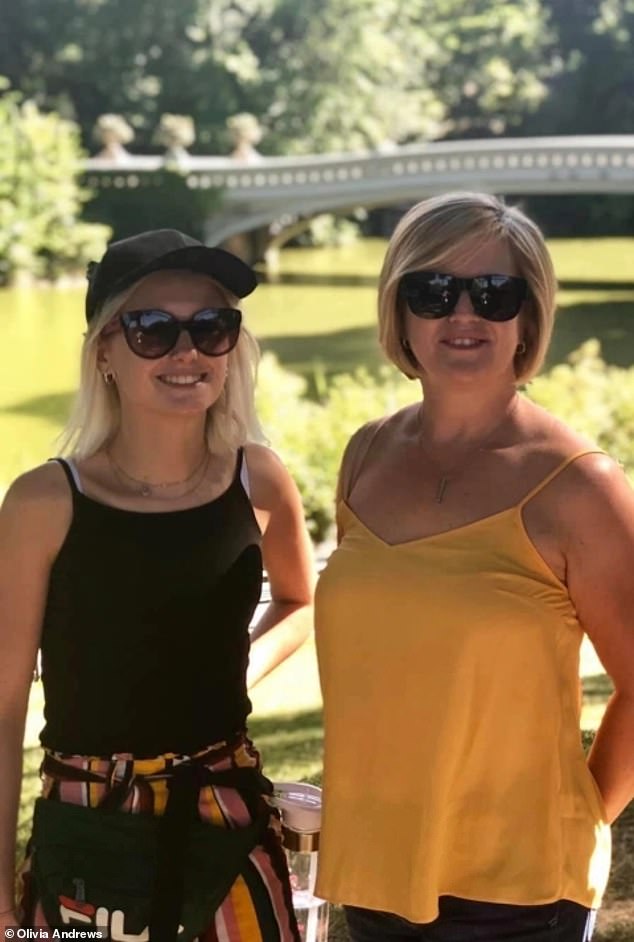 The teen says that while she bickers with her mum about moving out, other arguments between the pair are minimal. Pictured, together 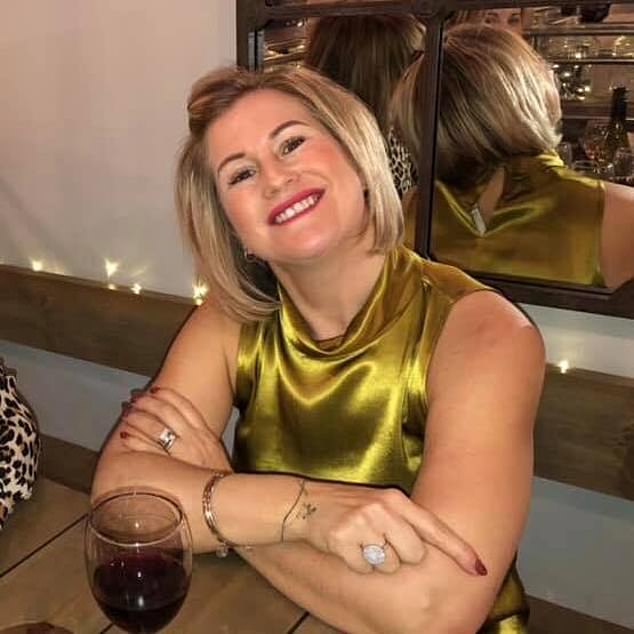 And the teen, whose boyfriend Harrison, 22, also stays over, believes she has the perfect response when her mum, who also works, tells her she doesn’t have time to tidy up after her.

‘I just say “loads of parents work full-time and still look after the home,”‘ she added.

But while Olivia has big plans to go travelling and doesn’t have any desire to move out in the near future, mum Ashley says she’ll continue to give her a ‘helping nudge.’

Ashley – who stills buys her daughter’s toiletries – says she first asked her daughter to find a new home when she started moaning about the temperature of the house and nit-picking at the meals she cooked.

She went on to explain that she wasn’t happy when Olivia told her she planned to buy a house, rent it out and live with them for ‘a pittance.’

‘I think she’s very clever to have thought it up, but that’s not how the world works. If she can afford to move out, then she should,’ said Ashley. ‘We openly joke about it. Obviously I’d never kick her out on the street but I do want my spare room back.’