Soprano Greta Bradman has listed her St Kilda home for sale, not long after snapping up a South Yarra residence for $15 million.

But it won’t be yours for a song, as the stylishly renovated Victorian home has price expectations of between $2.75 million and $3 million. 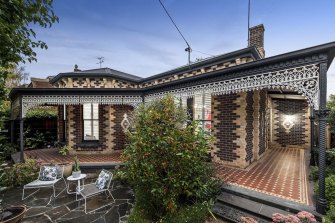 Bradman, whose grandfather was legendary cricketer Sir Donald Bradman, has owned the unique property at 90 Wellington Street for the past 10 years.

Culture Amp, which offers a survey tool that helps companies engage employees and change workplace culture, was valued at $2 billion last year, as workplaces across the country and the globe adjusted to remote working.

The gardens were redesigned by Melbourne landscape designer Kate Seddon.

“It’s a home in a great part of St Kilda, and we think it would suit someone looking for a lock-up and leave type of home,” Mr Wilson said.

With smaller gardens, it means professional couples or downsizers could live a low maintenance life. It would also appeal to buyers with a love of heritage homes, Mr Wilson said. 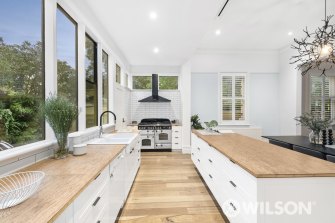 The home has a new kitchen after renovations.Credit:Wilson Port Phillip

“It’s got those gorgeous Hawthorn bricks, the iron lacework and open fireplaces inside – it’s got the lot,” he said.

The home was in one of St Kilda’s best spots, he said, close to parklands including Albert Park Lake and to the Jewish Museum.

Bradman was chosen to sing the national anthem at beloved Australian cricketer Shane Warne’s memorial at the MCG this week.

She was also revealed as the buyer of a $15 million home in South Yarra, sold by Grill’d burger mogul Simon Crowe and his wife Sophie. 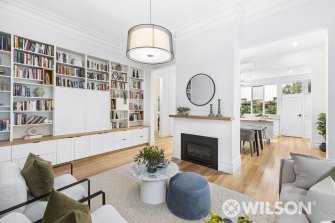 That stylish Victorian home was sold in an off-market deal and settled in February.

Bradman has a successful career as a soprano, performing for former US President Barak Obama and touring nationally. She also presents on radio for ABC Classic.

As well as being an accomplished singer, Bradman is a qualified psychologist, with her husband crediting her as contributing immeasurably to the set-up of Culture Amp.

Her property has been listed as an expressions of interest sale.