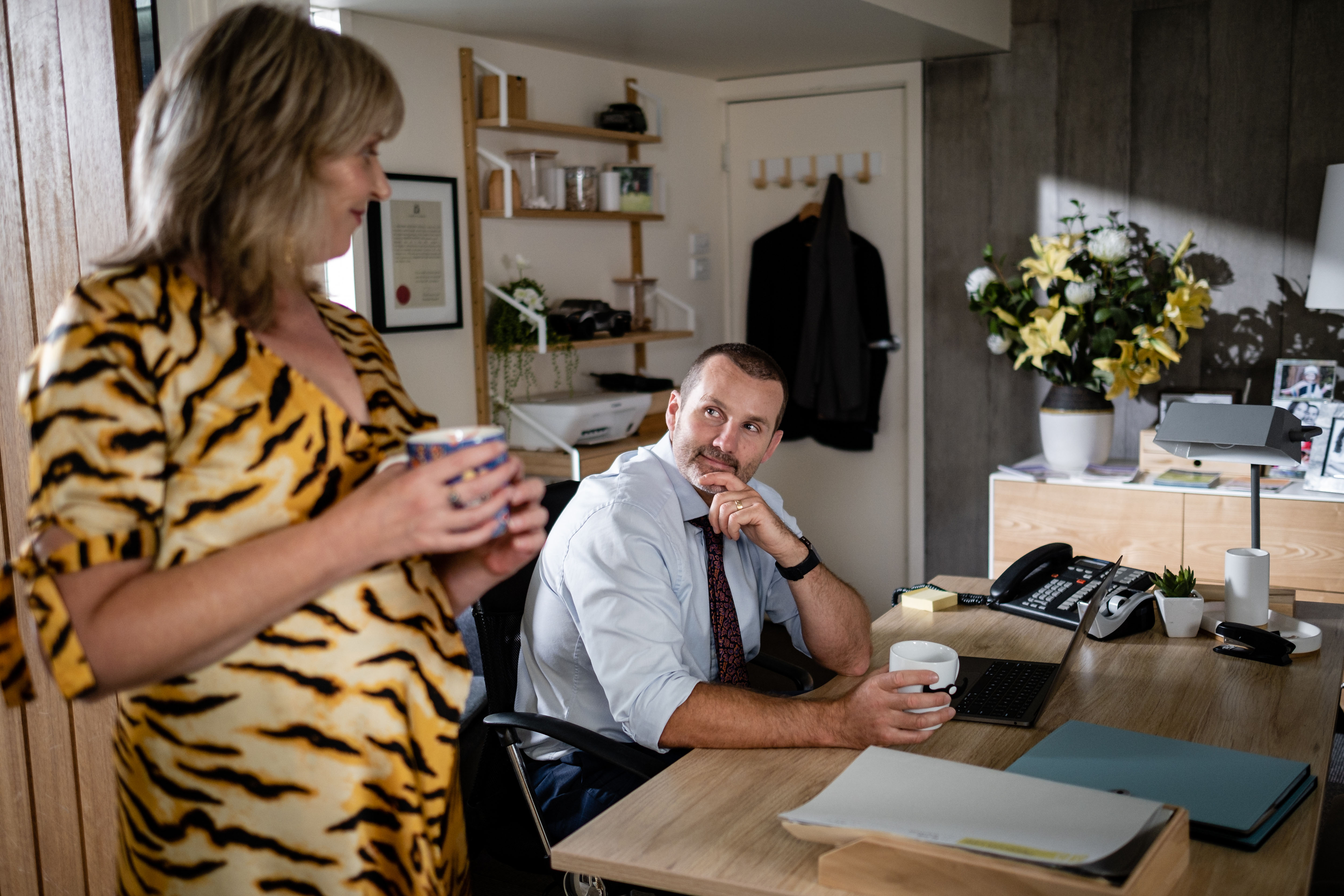 Mackenzie (Georgie Stone) is basically Ramsay Street’s own supersleuth with the amount she’s uncovered in that law office in Neighbours.

But this one shocks even her as she discovers Toadie (Ryan Moloney) has been keeping a huge secret. One that will have her scrubbing every surface in the place.

Mackenzie senses there’s some negative energy between Toadie and Melanie (Lucinda Cowden) in the office and it’s uncomfortable to be around. The feeling is compounded when she witnesses Toadie being downright rude to Melanie.

Not standing for it, Mackenzie confronts Toadie about his harsh behaviour towards Mel, but to Mack’s surprise, Toadie takes responsibility for his behaviour and vows to change. Not quite the defensive reaction she’d expected.

The sexual chemistry between these two is off the charts and they can barely keep their hands off each other. Naturally, this kinky couple really get off on the secrecy of their affair and get a thrill out of almost getting caught.

But a seriously near miss with Terese (Rebekah Elmaloglou) makes them rethink things, they’ll have to be way more careful if they want to keep their saucy secret.

But their idea of careful isn’t exactly enough. When they next have a cheeky little get together during work hours, Toadie is less than discreet and returns to his desk looking dishevelled.

Eagle-eyed Mackenzie is quick to notice and begins to clock on to what absolute filfth Toadie has been up to right under her nose. Toadie’s love secret is out of the bag.

Scenes air from Monday 17th May on Channel 5.