Home » Lifestyle » STEPHEN GLOVER: Sunak has at last emerged into the light

STEPHEN GLOVER: Sunak has at last emerged into the light

STEPHEN GLOVER: Upbeat, if not inspiring. But now that Sunak has at last emerged into the light, he should be given a chance

When Rishi Sunak resigned as Chancellor in July, precipitating the demise of Boris Johnson, I doubt he had the faintest idea of what he was letting himself in for.

He couldn’t have known that public sector strikers would be on the rampage six months later. Nor, despite having been in charge of the nation’s finances, could he have guessed that the economy would deteriorate as quickly as it has.

If you had told him back in July that the Tories would soon be more than 20 points behind Labour in the polls — they were only slightly adrift under Boris — Mr Sunak would probably not have believed you.

It’s true that the PM’s personal poll ratings are better than his party’s, which may slightly sweeten the pill for him. He can also reasonably claim to have re-introduced a measure of welcome stability to our unsettled country — largely because, unlike Boris Johnson or Liz Truss when they were in power, he hasn’t said much. 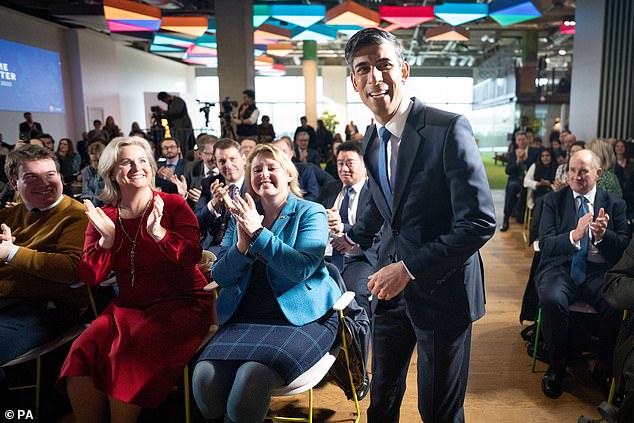 Yesterday Mr Sunak finally emerged from his bunker to deliver what was billed as a keynote speech, evidently anxious to pre-empt Sir Keir Starmer, who is giving us the benefit of his own thoughts today.

Was it an uplifting oration, brilliantly crafted to raise the spirits of a depressed nation? Could one honestly say that it was a speech which, without necessarily giving us a vision of the broad sunlit uplands, made us feel better about the immediate future?

Perhaps more to the point, was there anything in what the Prime Minister said that should give Tories hope that Mr Sunak will succeed in reversing their misfortunes, and drive back Labour?

My answer to all three questions is: I’m afraid I don’t think so, even though I would very much have liked to.

That’s not to say it was a bad speech. In its way it was quite a good one. Its eager, evangelical tone put me in mind of an address by an earnest tech chief executive addressing his workers, probably in California. 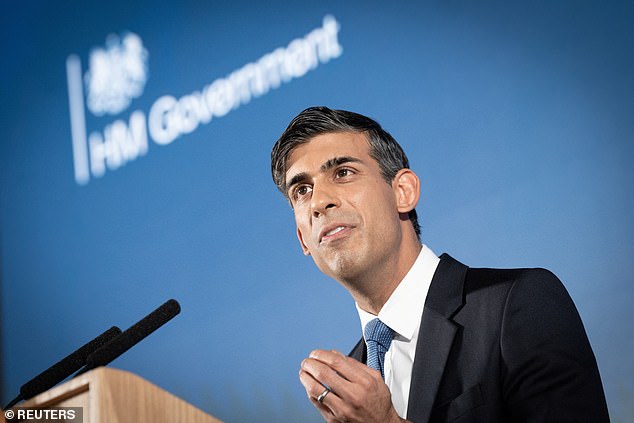 Yesterday Mr Sunak finally emerged from his bunker to deliver what was billed as a keynote speech, evidently anxious to pre-empt Sir Keir Starmer, who is giving us the benefit of his own thoughts today

In tone and content it was sometimes eerily reminiscent of Tony Blair, though less mesmerising than that New Labour snake-oil salesman in his prime. Mr Sunak’s ‘people’s priorities’ came out of the Blairite playbook, and his ‘five promises’ echoed New Labour’s ‘five pledges’ of 1997.

Much of what Rishi said could, in fact, have fallen from the lips of Sir Keir Starmer, though he spoke with more energy and panache than the Labour leader is normally capable of.

The PM did not beat about the bush. Essentially, he promised us change, another New Labour buzz word. It was uttered 21 times in half an hour. Its frequent use begs the question: if the Tories have been in power for 12 years, why does so much need changing?

To be fair, in what was a generalised, kitchen-sink sort of speech — ranging widely from the benefits of family life to defence to anti-social crime to the perils of drug addiction — there were a few solid nuggets.

One was the undertaking to make the study of mathematics compulsory up to the age of 18, as it is in many other developed countries. This sounds a good idea, though I would not personally have welcomed it. The snag is that there is no clue as to when, or how, it might happen. It is an aspiration.

Also specific in a sea of platitudes were the ‘five promises’ I have mentioned. They boiled down to: ‘Halve inflation; grow the economy; reduce debts; cut [NHS] waiting lists; and stop the boats [coming across the Channel]’.

It was rather brave — some would say reckless — of the Prime Minister to nail his colours to the mast so openly. Possibly he was offering hostages to fortune, since if he doesn’t deliver, or only partially delivers, Labour will be at his throat.

Barring a new energy crisis, or China invading Taiwan, halving inflation (which Mr Sunak made clear would be accomplished before the end of this year) looks like a safe bet.

‘Growing the economy’ will also happen one day because economies normally grow, though the PM wasn’t specific about the timing. As for his pledge to bring down national debt — that is inconceivable in the short-term, since it stands at a record £2.45 trillion, and the Government expects to borrow £177 billion in the next financial year.

NHS waiting lists will also be cut eventually, though again Mr Sunak was vague about the timing. His promise to ‘stop the boats’ was the most risky, since every effort to do so has failed so far. Again, no timetable was offered.

All in all, most of what Mr Sunak promised is likely to happen sooner or later, with the stark exception of ‘stopping the boats’. That undertaking is potentially the most problematic. If the Tories should fail, they won’t merely offer an open goal to Labour. Many voters won’t forgive them.

One promise that was missing, which would have been very welcome to most people, was to cut taxes. All Mr Sunak would say is that ‘as soon as we can, the Government will reduce the burden of taxation on working people’. How soon might that be? Possibly years.

Did this speech make it more likely that the Conservatives can win the election that will presumably be called in 2024? It is impossible to know. All one can say is that he hasn’t made it more difficult for himself.

Rishi has made a start, and those including me who have been calling for him to set out his wares hardly have the right to complain when he does so, even if we would have welcomed more detail. He came across as the energetic and plainly decent man we already knew him to be.

It’s also fair to say that his tone was upbeat, if not inspiring. When water is breaking over the gunwales, passengers are usually grateful to a captain who tells them with confidence that everything will be all right. 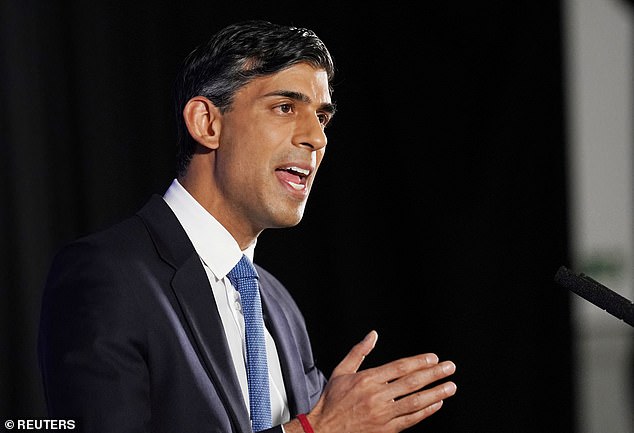 His fortunes largely depend on how the intensifying public sector strikes (about which he said rather little yesterday) play out with the general public, and also on the length and depth of the recession.

The first big test for him will come at the local elections in May. If the Tories perform calamitously, there will be calls among Conservative MPs for his removal, and the restoration of Boris Johnson, who is lurking not very inconspicuously in the undergrowth.

It took Boris’s hero, Winston Churchill, ten years to re-enter the Cabinet — from the Tories’ defeat at the 1929 election to his appointment as First Lord of the Admiralty at the outset of World War II. Boris appears to be contemplating a much more rapid return.

We’ll see. I certainly don’t think it’s going to be sweetness and joy for the Tories over the coming months. There are storms ahead. It remains hard to see how they can recover.

Rishi Sunak can’t have had the merest notion of what lay before him when he defenestrated Boris. Now that he has at last come out into the light, he should surely be given a chance.