Home » Lifestyle » They Do! JoJo Fletcher and Jordan Rodgers Are Officially Married

They Do! JoJo Fletcher and Jordan Rodgers Are Officially Married

Finally! After having to postpone their nuptials twice, JoJo Fletcher and Jordan Rodgers are officially married.

Celebrity Weddings of 2022: See Which Stars Got Married

Fletcher, 31, and Rodgers, 33, exchanged personal vows at Sunstone Winery in Santa Ynez, California, on Saturday, May 14, People reports. Bachelor season 20 alum Becca Tilley served as a bridesmaid and Bachelor Nation pals Raven Gates and Adam Gottschalk were among the attendees.

“It’s been such a long time coming that, like, getting through the ceremony and walking into the reception to party and have fun with our friends, we’re so excited,” Fletcher gushed to Us about the wedding late last month. “We can let our hair down and just be like, ‘We did it! You guys, like, we made it here. We’re doing it.’” 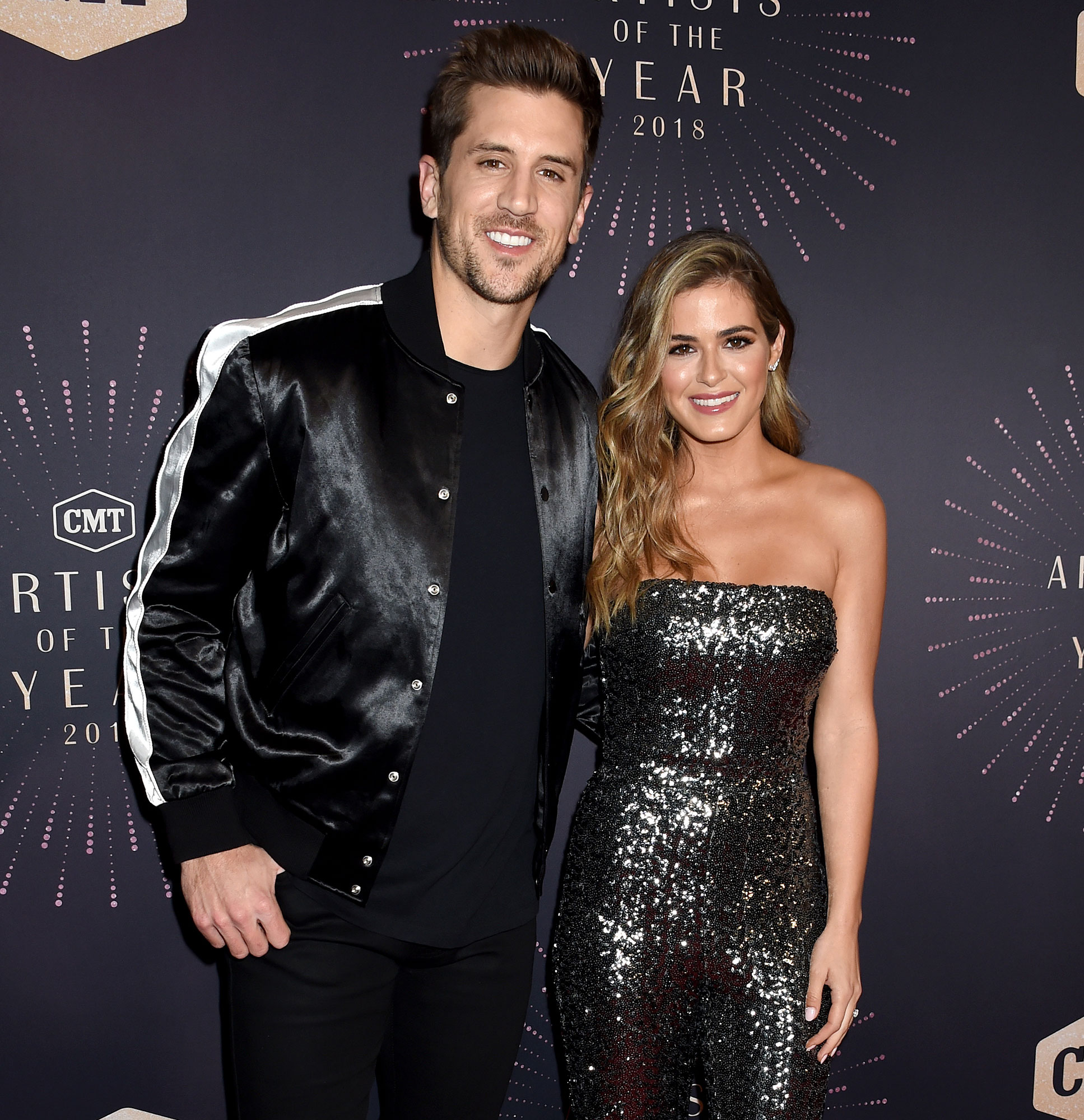 The pair originally met during season 12 of The Bachelorette in 2016. After forming a connection, Fletcher and Rodgers left the ABC series engaged and have been candid about their journey to happily ever after.

In May 2019, the Texas native opened up about the rough patch that led to them working on their relationship more. “We’re in the best place ever, let me tell you,” she exclusively told Us Weekly at the time. “We’ve been very open about our first year being tough — it wasn’t the easiest. We had definitely some rocky, rocky moments, but those were growing years. And so, we are at the best stage we’ve ever been in our relationship. Life just keeps getting better, you fall more in love. That sounds cheesy, but it’s true.”

Take 2! Celebrities Who Proposed to Their Partners More Than Once

“I love @joelle_fletcher with all my heart!! I always wanted to re-propose, with no cameras, no producers, no drama…just us,” he wrote via Instagram in August 2019, three years after he originally popped the question. “Our first engagement was so real, and meant so much to us both, but as we start to actually plan our wedding for next year I wanted to do it all over again, OUR WAY! So I bought a new ring, made a plan (that almost fell apart multiple times), and got down on one knee all over again.”

Even though the reality TV couple were planning to tie the knot in May 2020, Fletcher and Rodgers had to reschedule twice amid the ongoing coronavirus pandemic.

“We’re doing it no matter what at this point,” the sports commentator told Us in August 2021 about their third attempt at wedding planning. “I think it’s just a personal decision. Like [for] some people, it was more important to them to say, ‘Listen, I just want to get married. I don’t care about all this.’ And for Jordan and I, I feel like time has always been in our favor and we’ve always kind of just taken things at the pace that we were most comfortable and, like, we’ve waited so long.”

He added: “I want it to be everything that we both dreamt up and we wanted all the people there. So it’s a personal decision, but I would say if anyone else is waiting, just know that it’s going to be worth it. That day is not any less special just because you’ve had to move it. If anything, it’s more special. When life happens, we just roll with the punches.”