Home » Lifestyle » Who Is The Next ‘Bachelorette’ In 2021? 8 Former Contestants Who Could Be The Star

Who Is The Next ‘Bachelorette’ In 2021? 8 Former Contestants Who Could Be The Star

Anybody else unexpectedly find Matt James’ season as The Bachelor to be a bit of a snooze? No offense to Matt, who seems like a stand-up guy and doesn’t tolerate any bullying, but the cattiness is overshadowing his journey. Perhaps it’s the over-the-top manufactured drama or far too little time given to adorable one-on-one dates, but I’m more than ready for The Bachelorette.

Good news, it’s set to start filming in March back on schedule. Of course, there’s still the big question of who the star is. ABC has yet to release her name publicly, but thankfully Reality Steve is working oh so hard to share all the possibili-teas. And, he’s already pinpointed the next Bachelorette. (More on that major spoiler in a sec.)

Tradition dictates that the next Bachelorette will very likely come from Matt’s crop of rejected girlfriends. But she could also hail from a previous season if she finished in the final four. Take it from Reality Steve: “Of the 17 Bachelorettes we’ve had, only ONE finished outside the top 4 of their season, and that was Hannah Brown. Doesn’t mean it couldn’t happen again, but the odds seem to be unlikely.” Also worth noting: The next Bachelorette will be chosen from previous contestants, ABC executive Robert Mills told Variety. “I would say with 99.9% certainly, The Bachelorette is going to be someone who comes from one of our previous seasons. Probably Matt’s, but at least someone who is familiar to Bachelor Nation.”

Here are eight women ABC could choose as the next Bachelorette:

Why she could be the next Bachelorette: She said she’s up for the gig. One fan asked on Instagram stories, “True or False? You would [be] the bachelorette if you were asked…” Kelley replied: “I would definitely consider it!” 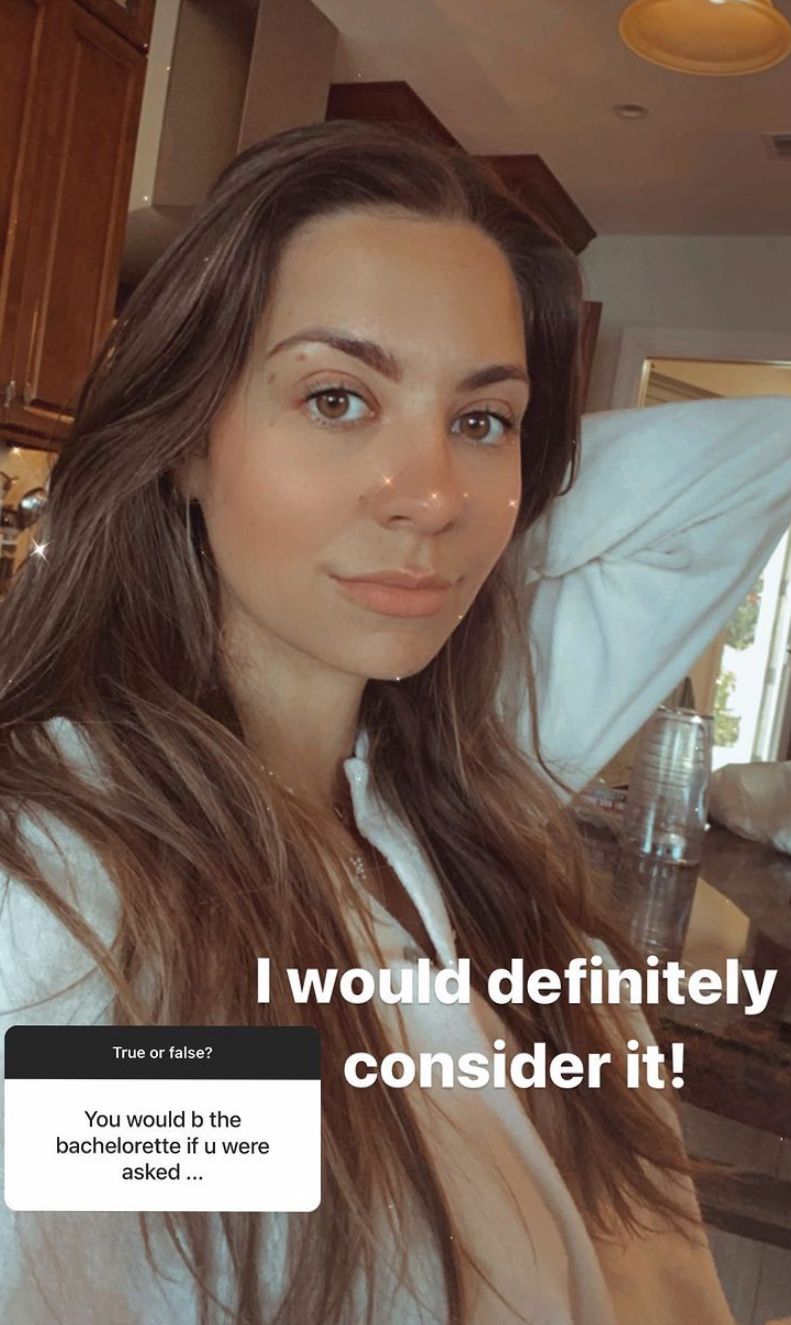 Kelley’s also single as of 2021 after a New Year’s Eve breakup announcement with Peter Weber.

What’s working against her: Kelley has already spoken out against the franchise, so it doesn’t seem like that ‘ship is going well enough to get a big promotion if you ask me. On top of that, she and Peter may be “working on their relationship” and giving their romance another go after a Super Bowl event reunion in Tampa Bay, E News reported.

Why she could be the next Bachelorette: She accepted Pilot Pete’s proposal and technically won his season before their dramatic breakup. The split got fans talking about her Bachelorette prospects, a la Becca Kufrin, back when it went down in 2020.

What’s working against her: Hannah Ann’s recent Instagram posts have more Paradise than Bachelorette vibes, so she may be aiming for a televised beach vacay instead.

Why she could be the next Bachelorette: She’s single following a split from former contestant Joe and finished in Arie’s final four. Reality Steve named her as one of the few real possibilities from previous seasons, and he knows his stuff.

What’s working against her: Arie’s Bachelor season feels like a lifetime ago, no? More recent contestants could overtake her.

Why she could be the next Bachelorette: It’s public knowledge that Tia was considered Bachelorette material as recently as 2020. Her Insta feed is polished and prepped for the gig, too.

What’s working against her: Well, she was officially in the running to be The Bachelorette for season 16. She wasn’t chosen then, while the other two contenders, Tayshia Adams and Clare Crawley, went on to star.