Graduation is always a special day. But for one woman, hers was extra special, because it was also the day she became a mother.

An aspiring lawyer who graduated from university and gave birth to her first child on the same day has shared how she received her diploma in the hospital.

Jada Sayles, 21, was studying criminal justice at Dillard University in New Orleans, Louisiana, when she discovered she was pregnant.

Her May 14 due date was the same day as her graduation ceremony, but Jada never thought it would actually happen on that day, as due dates are just estimates, and the doctors thought she would have a bit more time.

So, Jada was stunned when the night before her ceremony she began feeling contractions.

She went to a medical centre, just to be safe, but she assumed she was just experiencing Braxton Hicks – a common condition that can feel like labour. 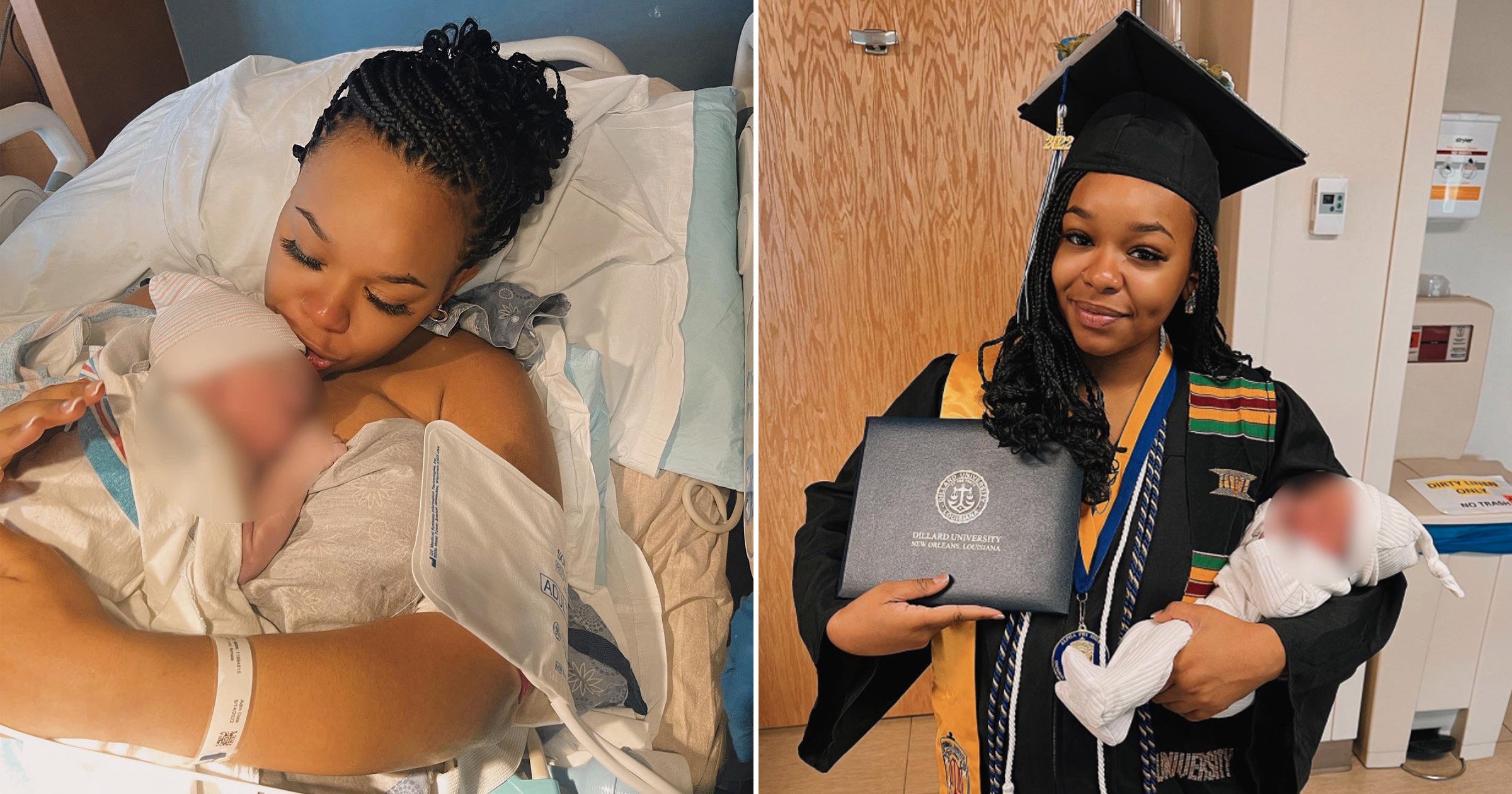 Jada even brought her cap and gown with her because she assumed she would just be sent home. However, Jada was in fact in labour.

Over the next four hours, the labour progressed, and after 45 minutes of pushing, she welcomed a little boy who she named Easton M’Kale Fuller.

Delighted with her new arrival, Jada’s day of happy events wasn’t over.

She had missed her graduation ceremony that morning because she was busy giving birth, but she messaged Dillard University President Walter Kimbrough to let him know what had happened.

The next day, Walter came to the hospital wearing a suit and carrying his presidential regalia, so that he could re-create a graduation ceremony in a shocked Jada’s hospital room.

‘Congratulations. You may approach the bed and receive your degree,’ Walter said in a video of the improvised ceremony. Jada also had her older sister and cousins there to cheer her on.

The university president acknowledged what a huge achievement it was for Jada to have graduated after spending much of the year battling morning sickness and heavily pregnant.