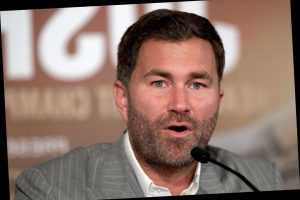 The Board of Control have decided to block any events taking place due to the recent spike and new strain.

Thankfully for the struggling sport there was only one major show scheduled for January 30.

But that bout will now be rescheduled for a third time as the nation continues to fight coronavirus.

The BBBofC said: "Following the increase in Covid-19 cases in the United Kingdom and the effects such increases has on the NHS and the work of the board medical officers, it has been decided that no tournaments under the jurisdiction of the British Boxing Board of Control will take place in January 2021.

"A further review by the board’s medical panel and stewards will take place later in January in relation to tournaments from February onwards."

Frank Warren was planning to get his stable back in action at the start of February and that will have to be revisited.

And Mick Hennessy held a successful behind-closed-doors show a week later to finish the year for UK boxing.

Luke Campbell flew out to Texas to lose to red-hot Ryan Garcia on Saturday night.

And that now looks set to be the last time a British fighter will get to compete until February.