Round Four featured the ANZ Premiership’s first drawn match between the Magic and the Stars, plus the defending champions maintained their form in style.

This was the last round in which only four matches will be played, from Round Five to Seven the Auckland Netball Centre will play host to five matches every weekend.

After that, all of the franchises will return to home venues for three rounds before the Finals Series on August 23 at the ILT Stadium Southland, Invercargill.

Round Four commenced with the Mystics and the Tactix going toe to toe, but the accuracy of the teenage shooter, Grace Nweke helped the Mystics edge a high-quality encounter.

Nweke finished the 48 minutes having missed just two of her 40 attempts at goal while Saviour Tui, who arrived in the second quarter, stepped up with some vital shots to secure an 89 per cent conversion rate to goal.

The two teenagers’ accuracy proved to be the difference as the Tactix orchestrated the same number of attempts at goal as their opponents.

Elsewhere on court, the four circle defenders – Jane Watson, Temalisi Fakahokotau, Phoenix Karaka and Sulu Fitzpatrick – were exceptional. Each secured intercepts which made their coaches and team-mates applaud and their respective attack-ends also stepped up to the mark.

Peta Toeava and Tayla Earle continued to flourish for the Mystics while Erikana Pedersen and Kimiora Poi used their fitness to push their side’s tempo.

At 24 goals apiece, nothing separated the two at the break but the Mystics used the final moments of the third quarter to ahead.

With a 35-33 lead at the final pause, and Nweke’s eye in, they maintained their position and ensured that victory belonged to them.

The Tactix thoroughly deserved their losing bonus point and both will be up for the challenge of meeting again in Round Five. The defending champions had to step it up in the last quarter in order to dispatch a revived Southern Steel side on Saturday.

The Pulse came back from 35-33 down in the final 12 minutes and their comeback was a result of their players’ versatility and their shooters’ accuracy.

Neither Ameliaranne Ekenasio (25/25) or Aliyah Dunn (22/22) missed during the contest and once again Tiana Metuarau made a difference from the bench.

Metuarau’s introduction at WA, with Maddy Gordon shifting the Centre for the final quarter, added a new dimension in attack and created the final surge that they needed. 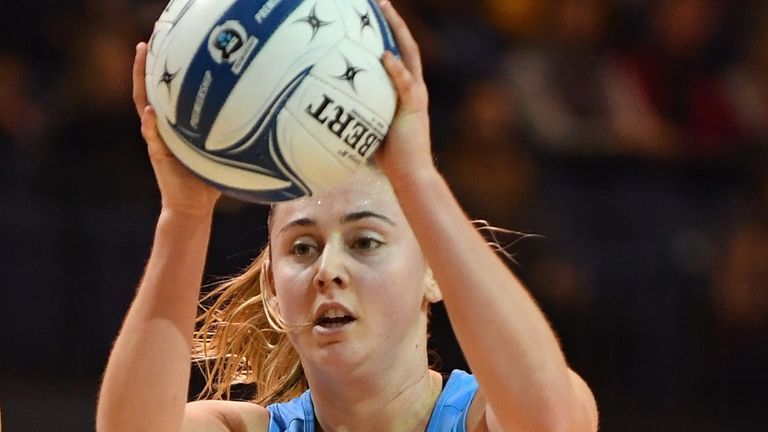 After displaying difficulties in the opening rounds, the Steel looked like a much more composed and confident team for the majority of the encounter.

Gina Crampton took it upon herself to dictate the tempo in the attack-end and her work was vital in producing a seven-goal run during the second quarter and a 24-23 half-time lead.

Crampton got the balance right between quick feeds into Jennifer O’Connell and working the ball around when it wasn’t on. Kalifa McCollin kept Katrina Rore on her toes and Te Huinga Selby-Rickit showed her vision in defence.

However, the Steel didn’t start the final quarter as quickly as they would have liked. They stuttered and the Pulse pounced in order to level the match back at 35-goals apiece.

The defending champions didn’t need asking twice to take their opportunity. They went up a gear, pressed out to a 42-35 advantage and never looked back.

The Pulse continued to lay down a considerable marker by putting the cherry on top of their double-header weekend with an impressive 21-goal result against the Magic on Sunday.

The first 12 minutes gave little indication of what was to come with the defending champions holding just a single-goal lead at the end of the opening quarter.

However, they commenced the second with a seven-goal run and like they have done previously, the Pulse dominated the second set of 12 minutes.

The 17-5 quarter in their favour did the damage on the scoreboard and was fuelled by Gordon and Claire Kersten finding Ekenasio and Dunn well.

Defensive structures so good from Pulse; with Gordon & Metuarau playing their role2 build the pressure along the transverse line &in 2 Magics attacking end = create TO for their defense.
Another solid weekend for Pulse 🙌🏻@SkyNetball https://t.co/iiwyHFy99D

With all teams preparing for rounds with five matches from next weekend, the Magic took the opportunity to change things up in the second half.

They gave court time to Khiarna Williams, Georgie Edgecombe and Jenna O’Sullivan while the Pulse also showed their strength with Metuarau and Elle Temu’s introduction.

At 12-7 and 10-7, two closer quarters followed, however the final result wasn’t ever put in jeopardy.

ANZ Premiership Fixtures – Round Five [All live on Sky Sports]

The Magic and the Stars completed the round with the ANZ Premiership’s first draw.

After being on the end of a tough result the day prior, the Magic started with a point to prove and they did so superbly early on. 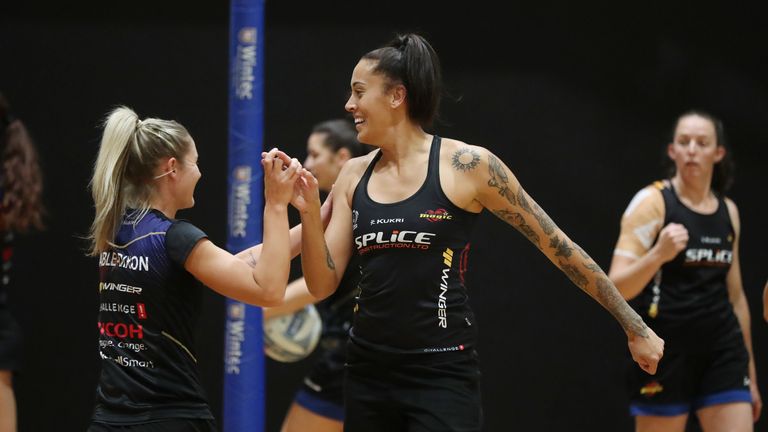