THROUGHOUT his Arsenal tenure, amongst other things, Arsene Wenger tried to argue playing away should be no different to playing at home.

On one particular occasion, building up to a trip to Stamford Bridge in his 2017/18 farewell season, Wenger went for one last philosophical push. 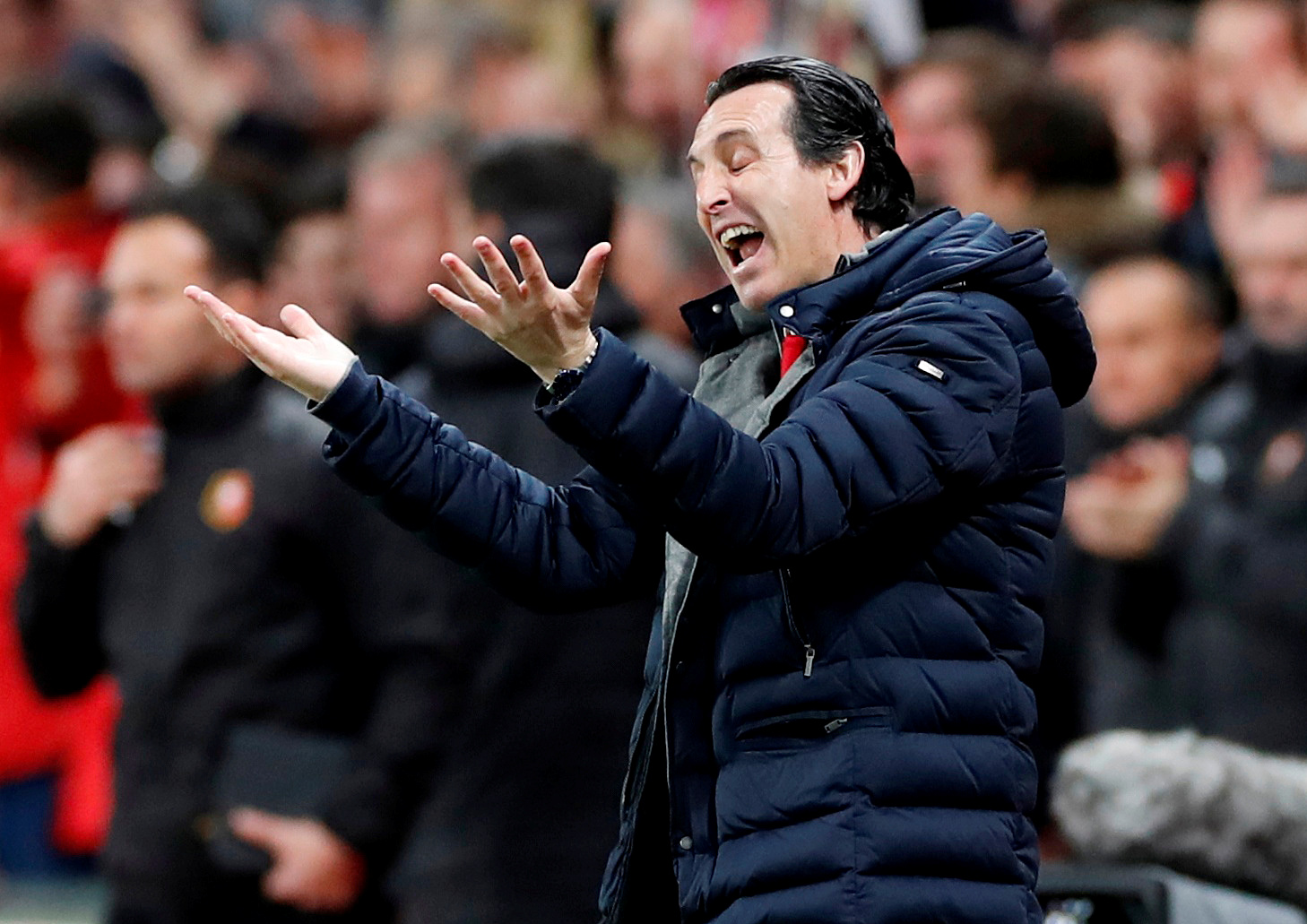 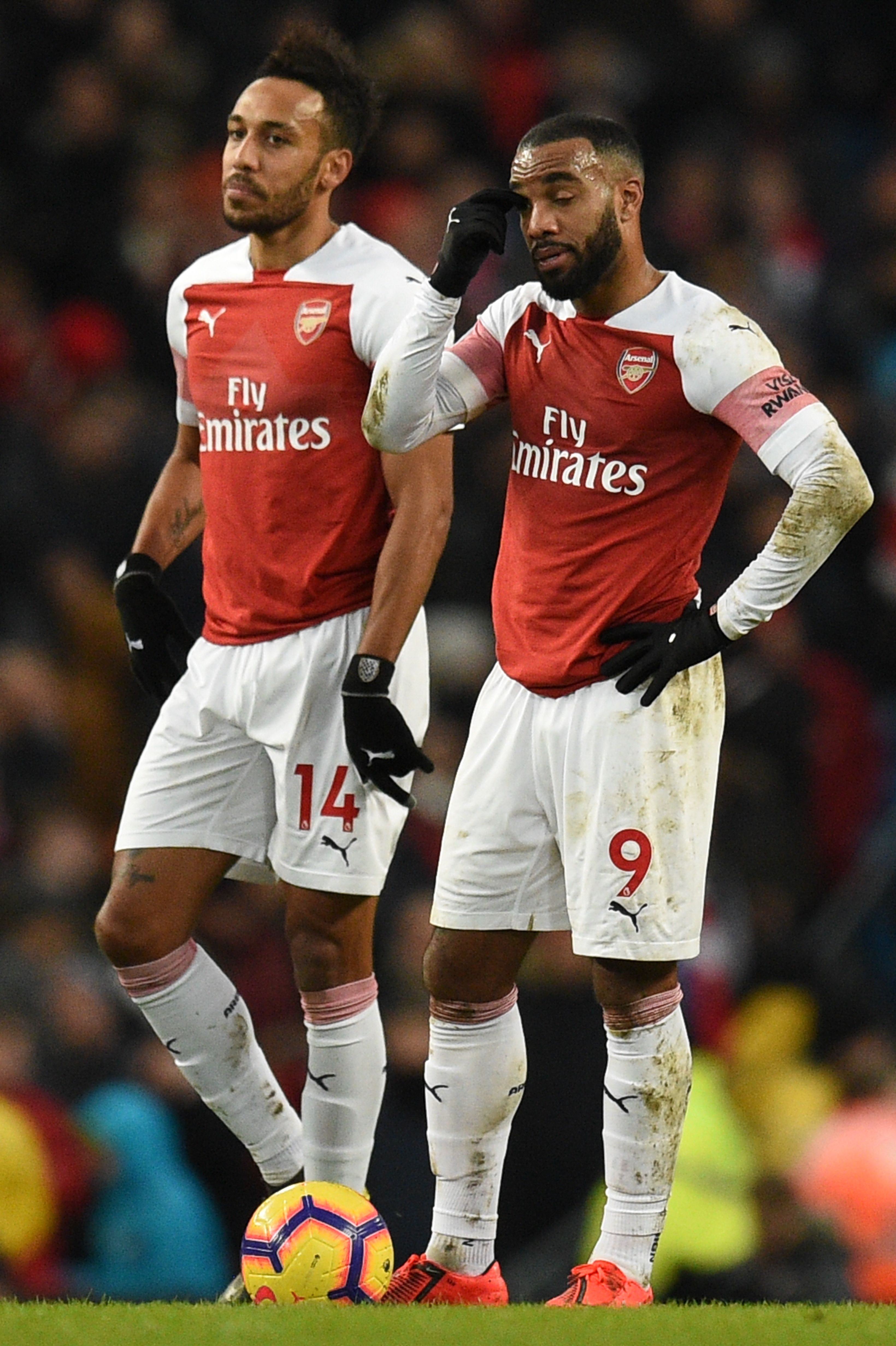 The Frenchman said: “I don’t really believe in the difference between playing home and away. The pitch is 105 metres long and 68 metres wide everywhere.

“Never in my life I could accept or understand that it’s different away from home. It’s just a question of how much you want it no matter where you play.”

Like many of his beliefs, it was and still is a commendable way of approaching football, if not life – but like the man himself, it was full of flaws and irony.

It’s not just because they had already lost both their opening two away games at Stoke and Liverpool – the latter a 4-0 thumping.

Arsenal went on to draw 0-0 with Chelsea – and wouldn’t win their first away game in the league until late October against Everton.

The truth is, Wenger didn’t truly believe his away-day hypothesis – it was simply an attempt to brainwash his players to help improve their woeful away record.

The Emirates was his safe haven, losing just 10 games there in his last five seasons in the job.

Wenger therefore valued how tough away wins were to acquire more than anyone, as well as their significance in winning titles. He will have known the stats.

And to this day, Arsenal under Wenger remain the only team to go unbeaten away from home during a season – in 2001/02 when they did the Double and 2003/04 as the Invincibles.

But at the other end of the scale, Wenger also experienced some truly horrific away results that he would openly admit dented any attempt to add to his three Prem titles.

In 07/08, Arsenal were actually top for 22 match weeks, but December draws away to Birmingham and Wigan and losses away to Chelsea and Man United cost them.

In 13/14, they were top for 19 match weeks, but once again lost to Liverpool, Stoke, Chelsea and Everton away from home post-December.

Arsenal’s travelling form has been so bad in the last two years that it has cost them Champions League football and left them adrift in the top six.

It’s also why Arsenal now have an unfortunate tag of being away-day bottlers. A trip to Selhurst Park or St Mary’s is now met with fear and pessimism rather than assured confidence. 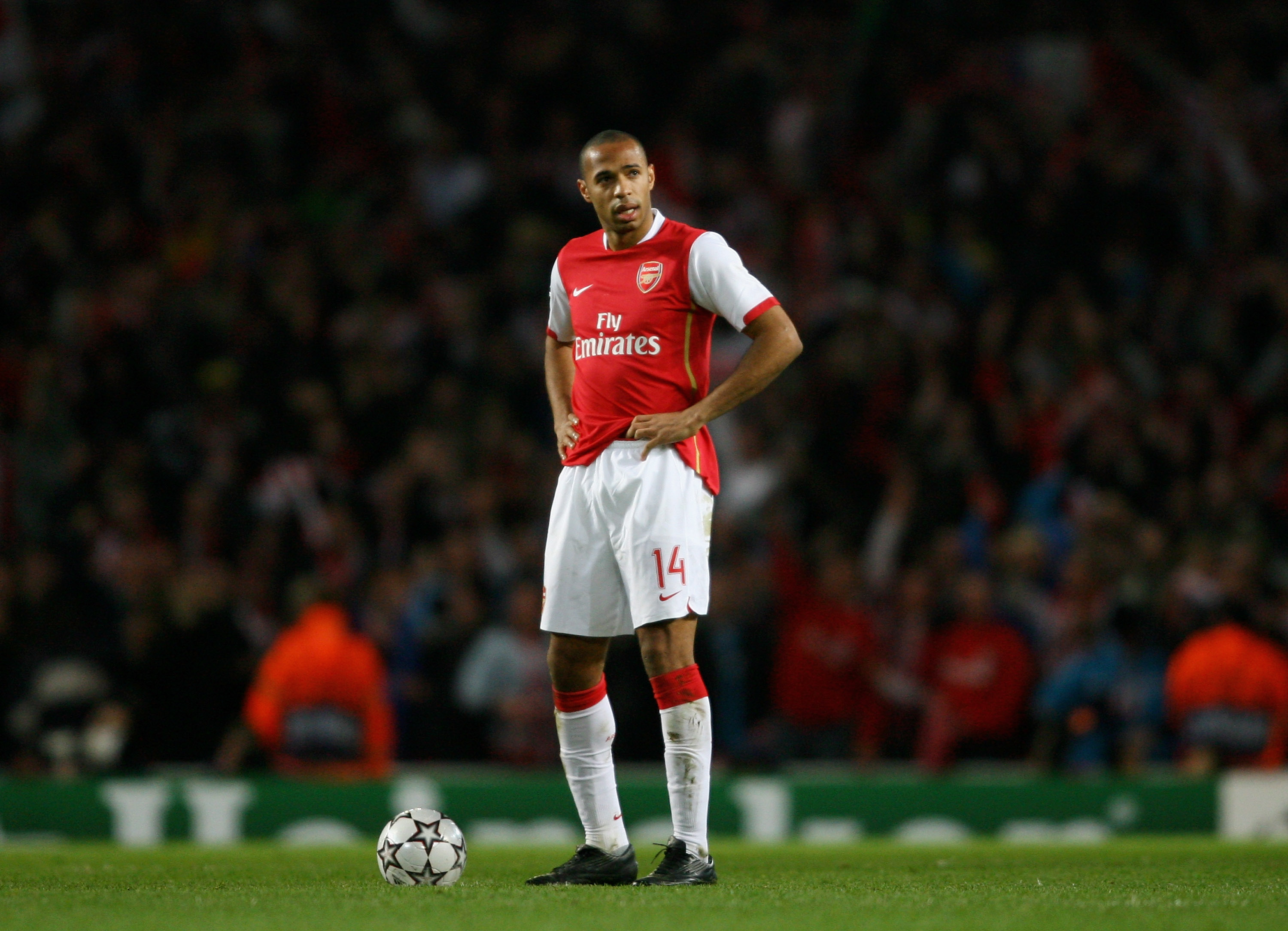 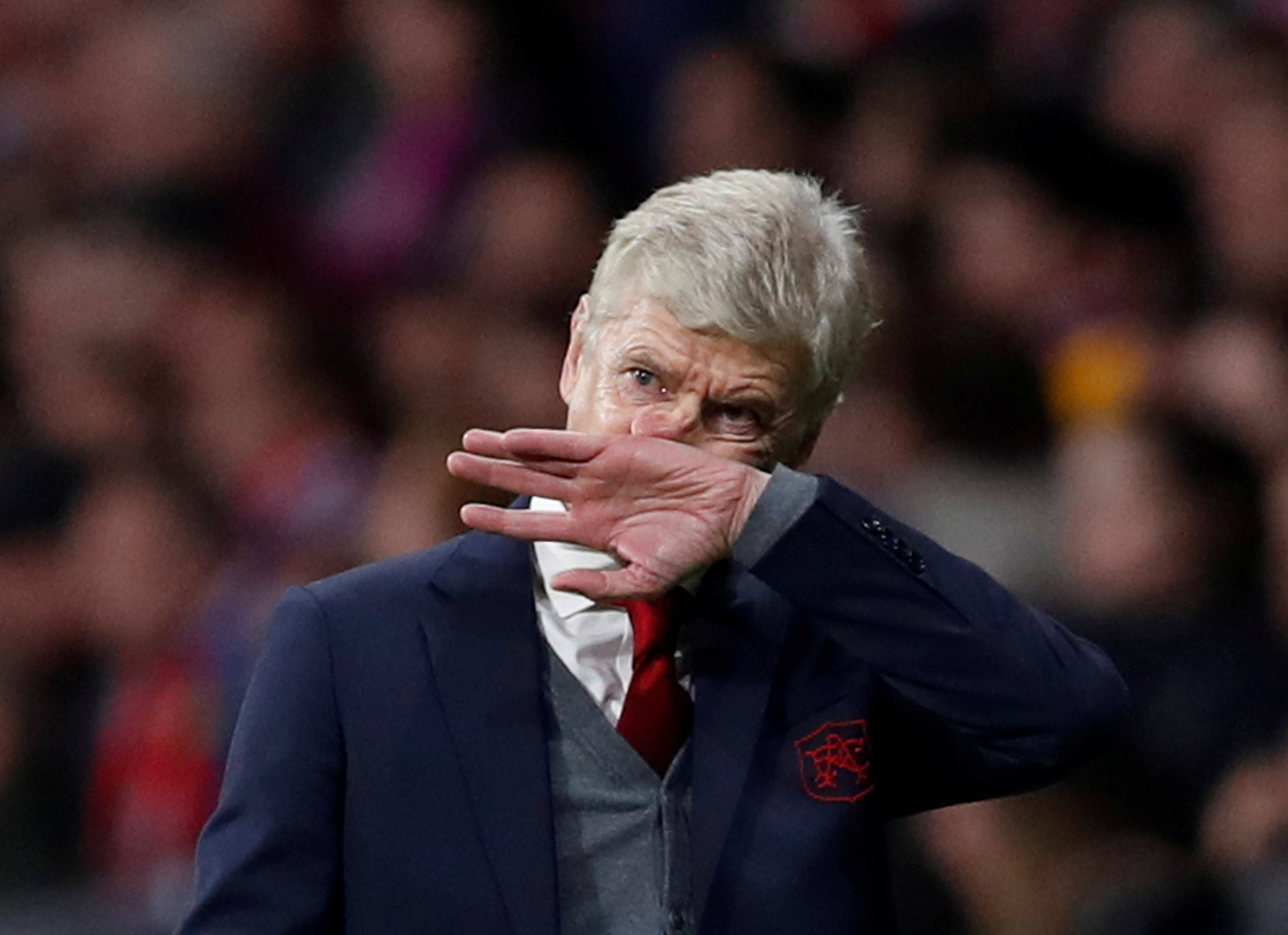 Unai Emery has not done that label any favours – eight losses and four draws on the road in his debut year in English football this season has seen Arsenal once again punished.

But despite their glaringly obvious failings, the question should still remain: Are Arsenal THAT bad away from home? Where do they stand compared to previous Prem winners over the years?

And how far away are they from correcting that form to challenge for their first league title for 15 years?

Initially, after delving deep into an ocean of Wikipedia pages, the short answer appears to be: not very far away at all.

Since 1995, when the top flight season was reduced from 42 games to 38, the average number of away wins a side has needed to win the title is ten.

There were some exceptions, from the simply stunning to the simply dreadful.

While in 2010/11, just how Sir Alex Ferguson managed to lift a Prem title having seen his United side win just five games on the road is beyond anyone’s sanity.

Momentum on the road from January onwards is clearly vital to success come May… Arsenal's problem is more timing than volume of defeats.

Arsenal, rather surprisingly, have averaged nine away wins a season since 1995 – just one off the supposed title-winning target.

The same goes for draws. The average number of away draws for a title winner is five, identical to Arsenal’s average since 1995.

So why then, have Arsenal struggled so much to really compete for top spot since their last triumph in 2004?

In terms of average number of wins, the answer perhaps lies not in the amount, but the timing.

From 1995/96 to 2003/04, in which they lifted three titles, Arsenal would win 56 per cent of away games after December – a pivotal moment in any title-chasing team.

In the same period, the rest of the title winners – namely Man Utd – would win 59 per cent of their away games after December.

Momentum on the road from January onwards is clearly vital to success come May. 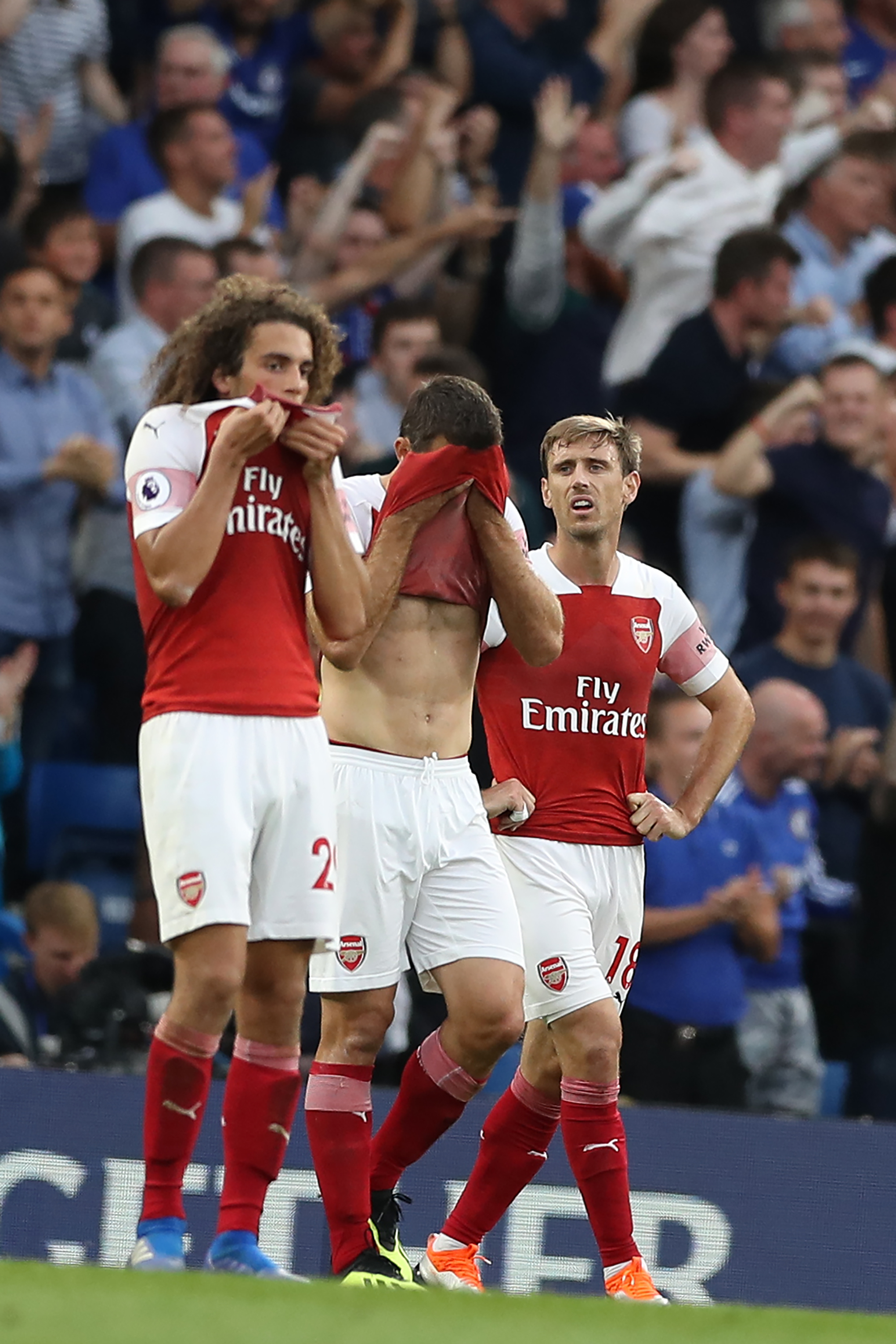 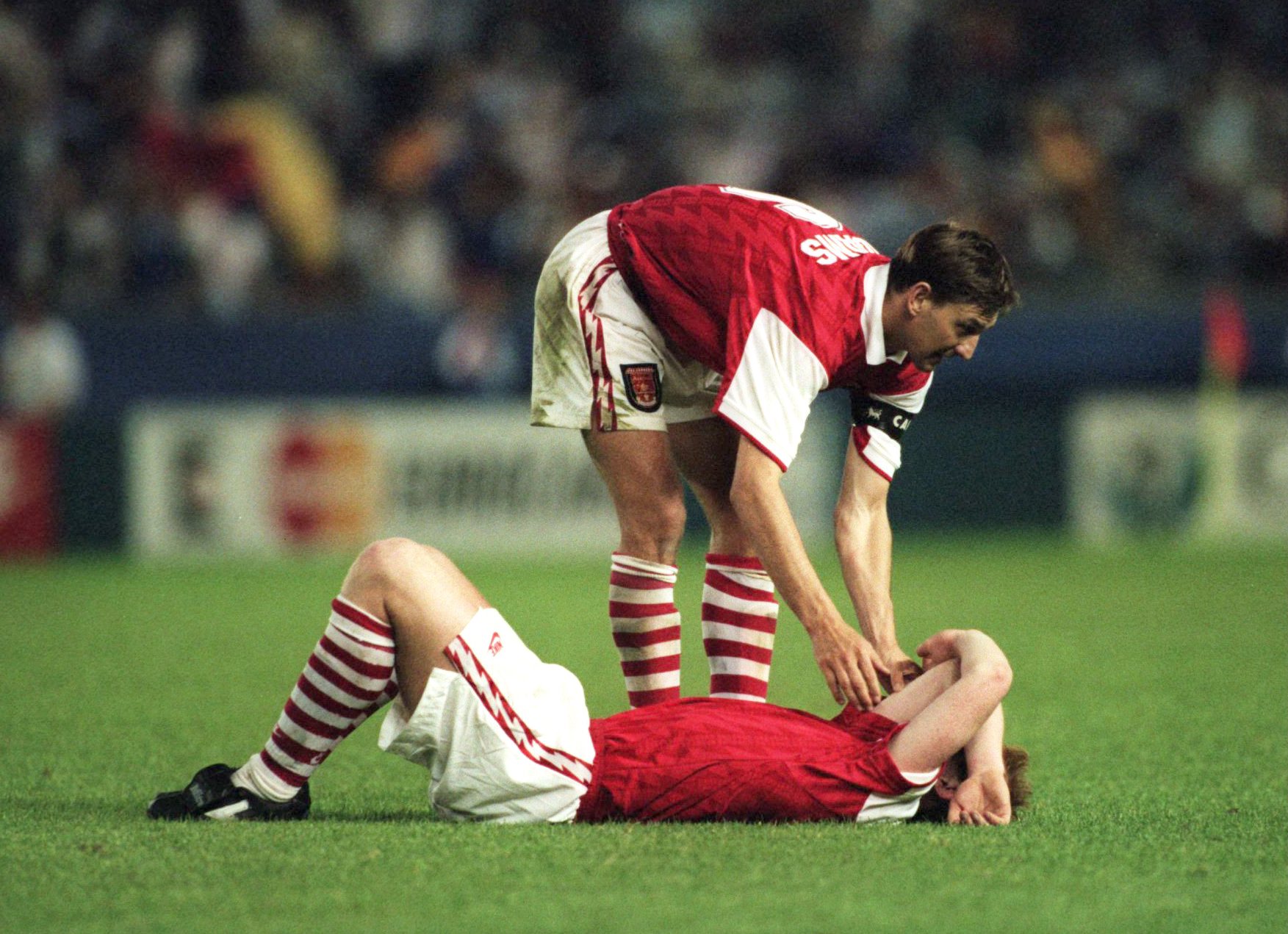 And while title winners such as United, Chelsea, Leicester and Man City also dropped their clinical nature after Christmas to 51 per cent, they are still more than half as likely to win those games.

As often happens with stat collecting, the occasional spanner is thrown into the mix, none more so than when analysing their Arsenal’s away defeats.

But while Arsenal’s away losses after December have increased from 28 per cent pre-2004 to 47 per cent post 2004, the same can be said for title winners, increasing from 25 per cent to 49 per cent.

A mere two per cent difference between a title winner and Arsenal – a team that has not seriously for over a decade.

Arsenal’s Achilles heel then is not the losses on their own, but something much more Arsenal-y: collapse and capitulation at the worst possible time.

The average number of successive winless away games Arsenal have experienced in a season post-2004 is 4, one greater than a title lifter.

And while a champion is on average likely to have their travelling wobble in January, giving them plenty of time to recover, Arsenal more commonly save theirs for April. Imperfect timing.

For the Gunners confidence-destroying losses derail their title hopes rather than small bumps in the road.

And like clockwork for the Gunners, it ties in with their biggest away loss of the season, which on average occurs most often in April – compared to a champion’s average of September.

And which team has more often than not handed them their biggest away defeat of the season? Liverpool, on five occasions – with an aggregate score of 17-2.

Speaking of goals, Arsenal have gotten even leakier on the road.

And so to this season. Arsenal, it seems, have not drastically differed from their self-manufactured norm on their travels.

Seven wins on the road is not disastrous according to history, while 43 per cent of them came after December.

Compared to eventual winners Man City though, seemingly on another planet, it doesn’t look good – Pep’s men won 14 away games, 57 per cent of them after December.

And in other areas this campaign, the Gunners have worsened.

Highest number of winless away games on the bounce? Six, two more than their average, running from December to February.

Their biggest away defeats? Another Liverpool thumping in December, this time 5-1, and 3-0 against Leicester in their month of capitulation that is April.

So with Emery planning and looking for improvements next season, it’s not as simple as losing slightly less and winning slightly more away from home, as the stats suggest.

It’s being able to change over 24 years’ worth of away-day patterns and avoiding predictable slumps in particularly poignant months of pain – while also keeping chase with the astonishing form of Liverpool and Man City.

Do that, and Arsenal may just have a bigger sniff at the title than they thought…