Then an Irish voice boomed out from the kitchen: “Bacon and eggs, Perry?” 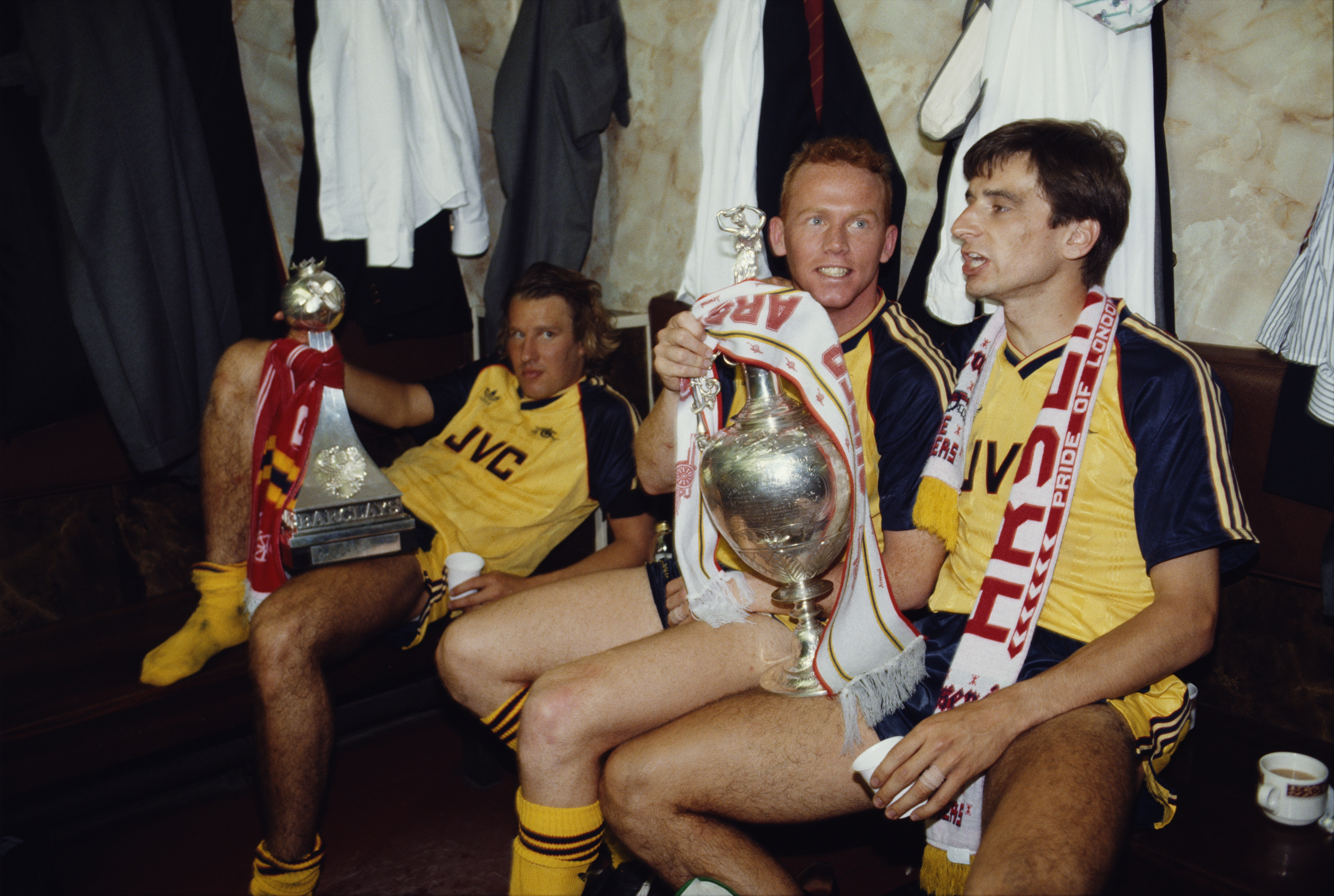 However, the welcoming breakfast offer was not from Quinny, but an M25 construction worker who had gate-crashed the Gunners’ epic 1989 title-winning party on this date 30 years ago.

Groves rolled into bed at 7.30am after Arsenal celebrated at the appropriately-named Winners nightclub in Southgate.

Hours earlier they had stunned Liverpool by winning 2-0 at Anfield to become English champions by the minuscule margin of goals scored.

Groves, 54, recalled: “When we left the club in the early hours, I had little money for a cab.

“Luckily, Niall said I could kip at his flat which was nearby.

“I woke about 10am and there were strange people sleeping everywhere at his place.

“I walked into his kitchen to be greeted by a lovely Irish guy who made me bacon and eggs and we talked about the game.

“Then Quinny strolled in looking like a Yeti — half asleep.

“I told him what a lovely touch that he had invited his family to be part of all the celebrations.

“He looked at me bewildered. ‘Family?’, he said, ‘I don’t have a clue who these people are. I’ve never met any of them in my life!’

“It turned out all these Irish guys were working on the M25. They had gone to Winners to join in the party celebrations and ended up at Niall’s place.”

It turned out all these Irish guys were working on the M25. They had gone to Winners to join in the party celebrations

Groves, goal heroes Michael Thomas and Alan Smith plus the rest of Arsenal’s squad ended up at Winners thanks to the coach driver.

Former winger Groves hardly had any money on him. But that did not matter as delirious Gunners fans bought drinks for their heroes.

He added: “We had a few beers in the dressing room but everything was spontaneous after that.

“Remember, without mobiles, you could not organise or speak to partners or wives.

“On our way back from Merseyside, our coach driver had some sort of walkie-talkie device and said a club called Winners (ironically) in Southgate had agreed to stay open.

“We asked the gaffer George Graham permission and he was quite happy for us to go there.

“So we drove past where our cars were parked at London Colney straight to Southgate.

“Bearing in mind it was about 3am by the time we got there, we thought there might be a few late-night stragglers.

“Instead the place was rammed inside and outside with fans. We felt like The Beatles getting off the coach. It was absolutely unreal.

“We were all decked out in club blazers and by the time we got inside, several of the team had given their jackets away. Not me! Having that blazer meant I was part of the first-team squad at Arsenal. I was so proud of that.

“I’m the most generous bloke but I’d never have parted with that.

“It’s an odd thing but I could have swilled back alcohol all night but never got drunk. I felt so high with adrenaline and emotion.” 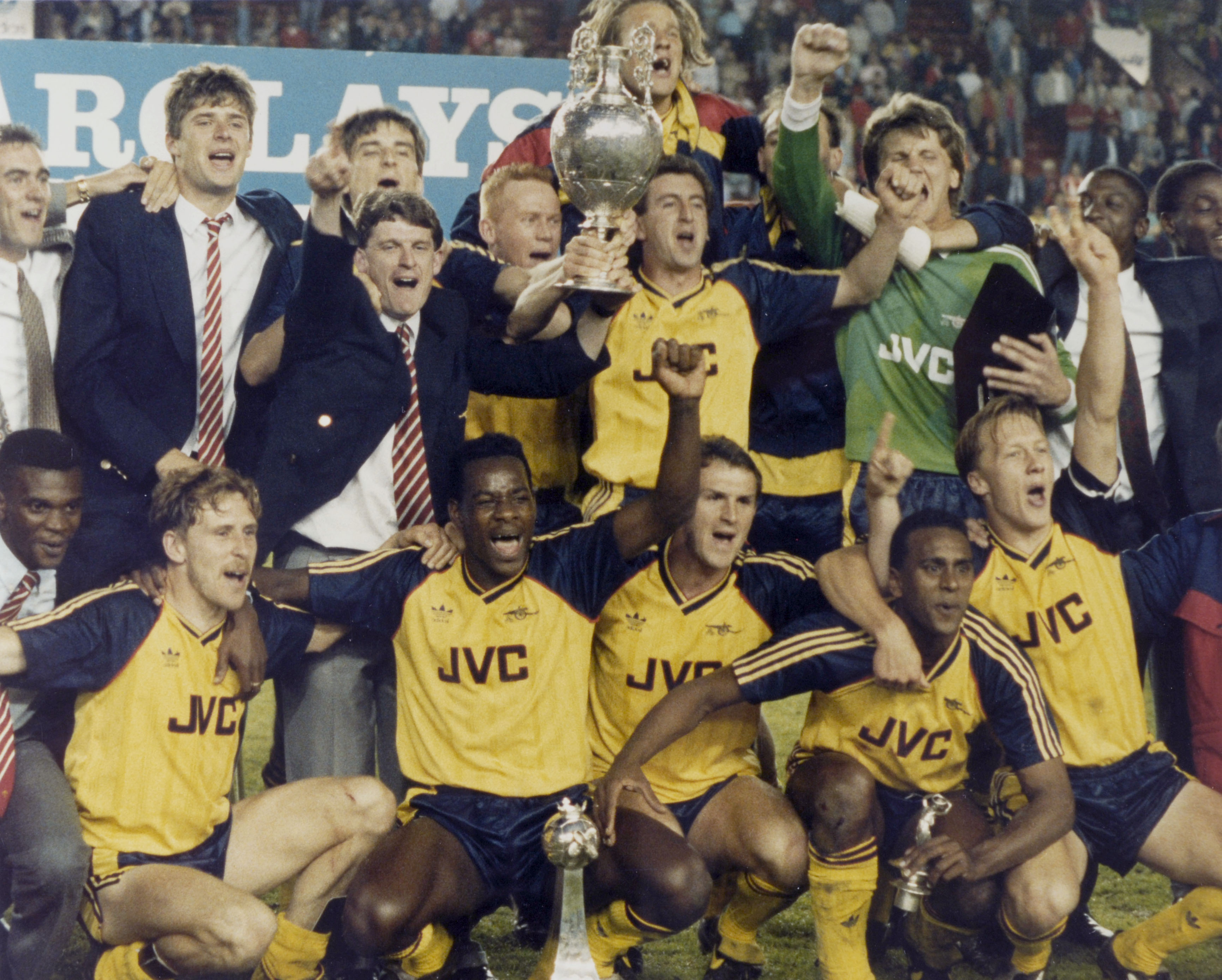 Boss Graham was quick to remind Groves he owed a huge debt to Thomas, whose last-minute goal in the last game of the season is arguably the greatest climax to a title battle anywhere, anytime.

More than six months before the Anfield classic, Arsenal coasted to a 3-0 home win over Queens Park Rangers. And Groves said: “The gaffer put me on as a sub for David ‘Rocky’ Rocastle.

“In the last moments of the QPR game I had the chance to score or square the ball for an easier chance for Alan Smith to make it four.

“In my head I was thinking we had already wrapped up the game, so went for the glory and blasted a shot which missed the target.

“When we got back to the dressing room, George talked to a couple of the players — but I thought I’d got away with it after my miss.

“But then he turned to me and said: ‘And you . . . what the f*** were you thinking having a shot when Smudger had an open goal?’

“His curt reply was: ‘Let me tell you, if we end up missing out on winning the title by one goal, I’ll make sure you never play for this football club again’.

“And with that, he stormed out of the dressing room.”

'If we end up missing out on winning the title by one goal, I’ll make sure you never play for this football club again’.

Graham waited until Groves was stepping off the Arsenal team bus at Southgate to remind him.

Groves said: “George was at the bottom of the steps waiting for me.

“He said: ‘You must be chuffed Thommo scored that goal’.

“Forgetting everything about our conversation back in the November, I asked him why I wouldn’t be happy that Michael had scored.

“His reply? ‘Because his goal just prolonged your Arsenal career. Your miss in November would have cost us the title’.

“I was stunned that he had remembered and suddenly it hit me about that QPR game. I went cold.

“Typically, Paul Merson told me afterwards I went from a beaming ginger-red face to white as a ghost!

“But it shows the fine margins of success and failure.

“It was typical George Graham. He was a genius in terms of tactics, long before the new modern-day managers have changed set-ups.

“His attention to detail was meticulous. Needing to win by two goals to pip Liverpool to the title, George had everything worked out.

“When Liverpool beat West Ham 5-1 three days before this game, Merse rang me — on the landline, no mobiles back then.

“He told me the dream was over and we’d have to settle with runners-up in the league. But the gaffer was in a totally different mindset at training the following day. He believed throughout we’d win by two goals and take the title.

“Yet in his teamtalks he made it clear that it was imperative we got to half-time without conceding.

“He felt we could score twice but conceding was not an option as he felt we wouldn’t get three. 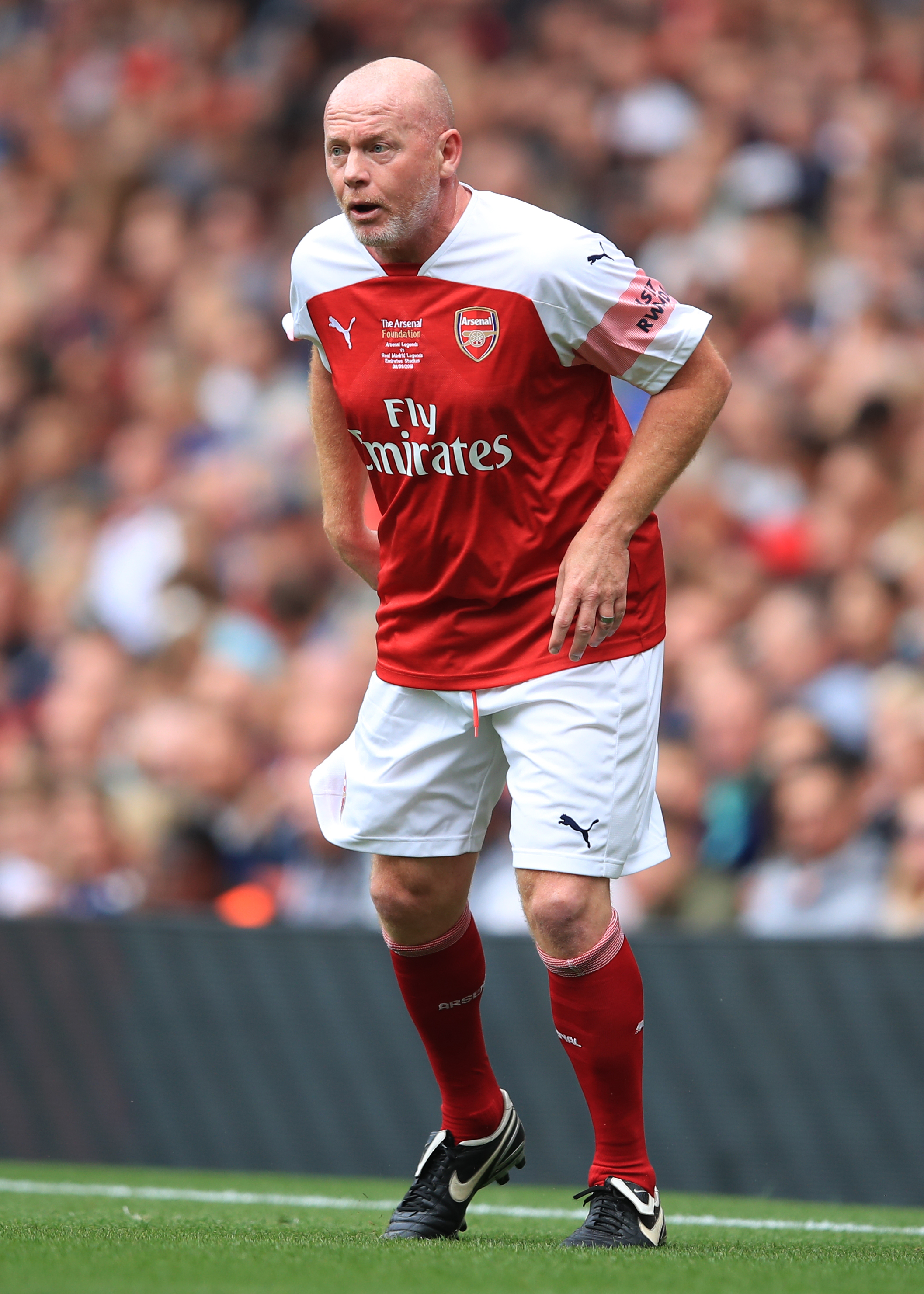 “When he named the team with three central defenders — Steve Bould, Tony Adams and David O’Leary — we all thought he had gone stark, raving bonkers.

“Here we were knowing we HAD to get two goals and he was naming an extra central defender.

“But it was all part of his plan. He knew exactly what he was doing. With it 0-0 at half-time, George was bullish. He told us if we got an early second-half goal it would rattle them and he planned to bring on Martin Hayes and myself for Steve Bould and Merse.

“Then when Smudger did score seven minutes into the second half, you could see the jaw-dropping, anxious faces on Liverpool players.

“As a diehard Arsenal fan, I was just bursting to get on the pitch.

“I watch the way subs come on today and see them looking at iPads and tactics boards about how the manager wants them to play.

“No one had to say a word to me. I knew exactly what George wanted.

“I played a small part in the winning goal by making a run to the right, which opened up a gap in the middle for Michael Thomas to break through and score in injury time. The fact I did, is something I will forever be proud of. The chance couldn’t have fallen to a better bloke than Thommo.

“How Michael dealt with the pressure and kept running with the ball before clipping it over Bruce Grobbelaar is still something that leaves me flabbergasted.

“I was so proud to be part of Arsenal before the game as the club handed flowers to Liverpool after the Hillsborough disaster a month earlier.

“The applause we received from Anfield that night still lives with me. As does the ovation Liverpool fans gave us at the end.”

PERRY GROVES, in liaison with Play With A Legend, an events company and agent for former footballers, gives fans the chance to play alongside over 120 ex-players. Visit www.playwithalegend.com for more details.

Listen to Perry every Friday on the Jim White Show, from 10am until 1pm on talkSPORT.