Home » Arsenal verdict: Pierre-Emerick Aubameyang showed he is anything but 'past it' as his brilliant brace saved Gunners

STOP if you’ve heard this one before… Pierre-Emerick Aubameyang spared Arsenal's defensive blushes.

The man derided as "past it" by Jamie Redknapp on Sky Sports after Sunday's toothless display against Manchester City proved he is anything but – dragging Arsenal kicking and screaming through their Europa League clash with Benfica. 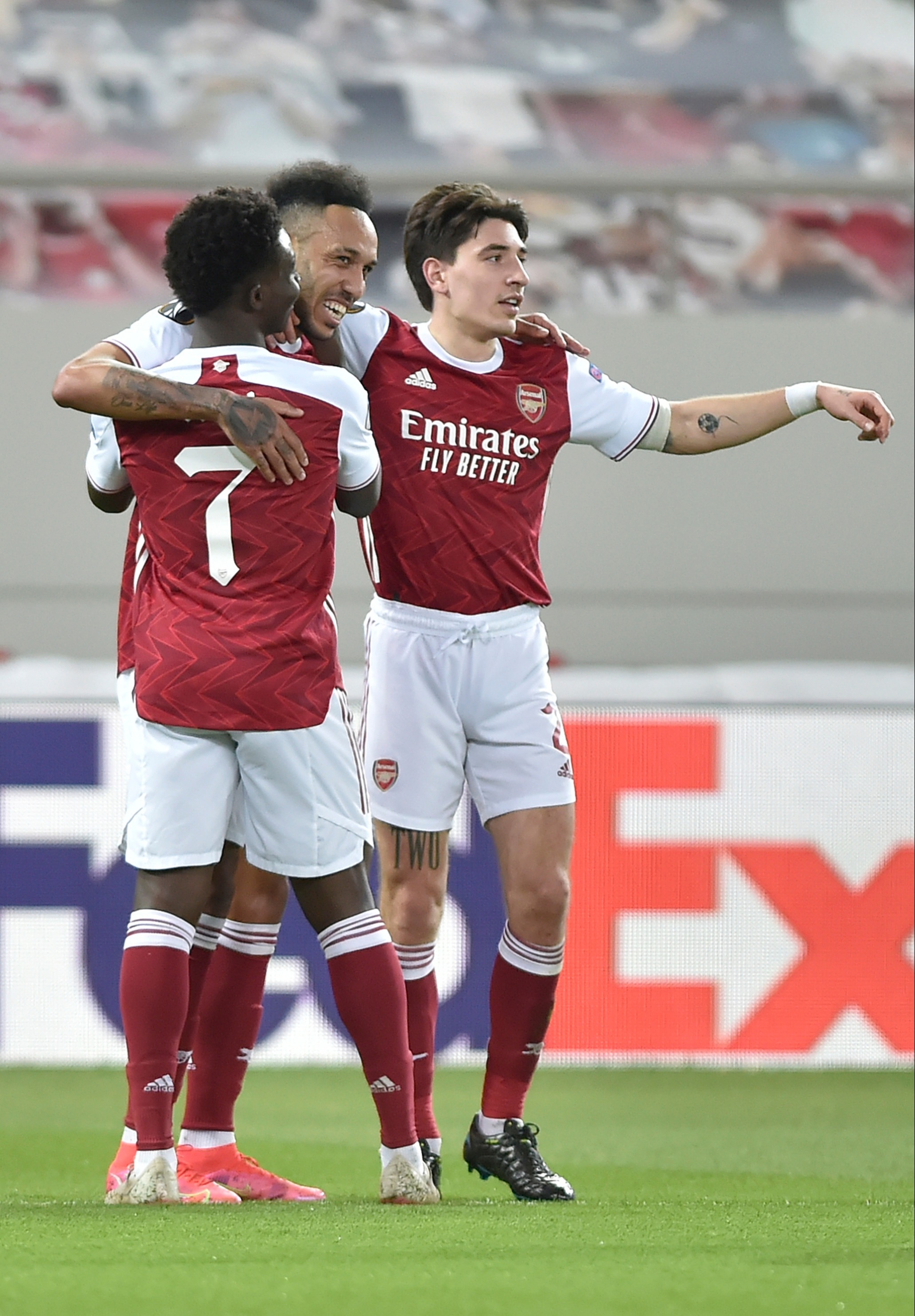 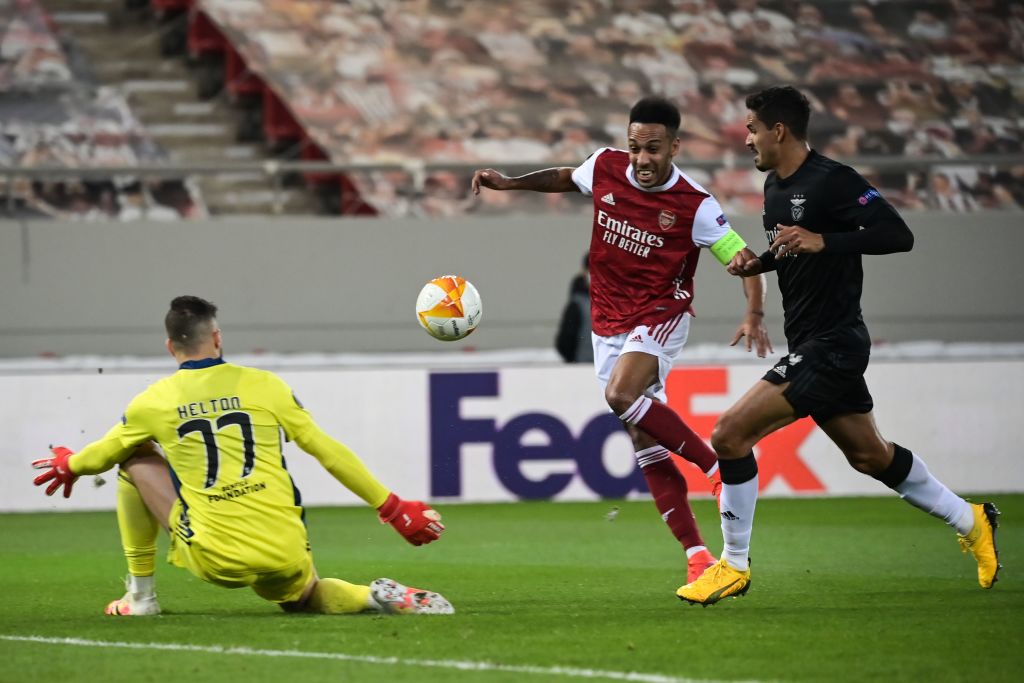 Redknapp suggested the Gabonese star was over the hill, “looks like he is going to get bullied” when he plays and that he has “lost his superpower”.

Don’t throw away that cape just yet.

Aubameyang has not been at his best this season – that much is clear. But he showed his undoubted class in firing the Gunners through to the Europa League last 16.

He now has eight goals in his last nine appearances. Are those numbers of a "past it" striker?

He brought out his famed burst of pace to latch on to a terrific through ball from Bukayo Saka and reminded us all of his brilliant technique with a deft chip over Helton Leite in the Benfica goal.

The goal put Arsenal 1-0 up – and in the driving seat in the tie before their customary defensive howlers handed advantage back to Benfica.

It was everything that makes Aubameyang so dangerous – and served as a warning signal that one of the Premier League’s best finishers over the last few seasons is not finished yet.

He had another goal disallowed but the best was yet to come. Auba showed he is still the man to come up trumps when it matters. 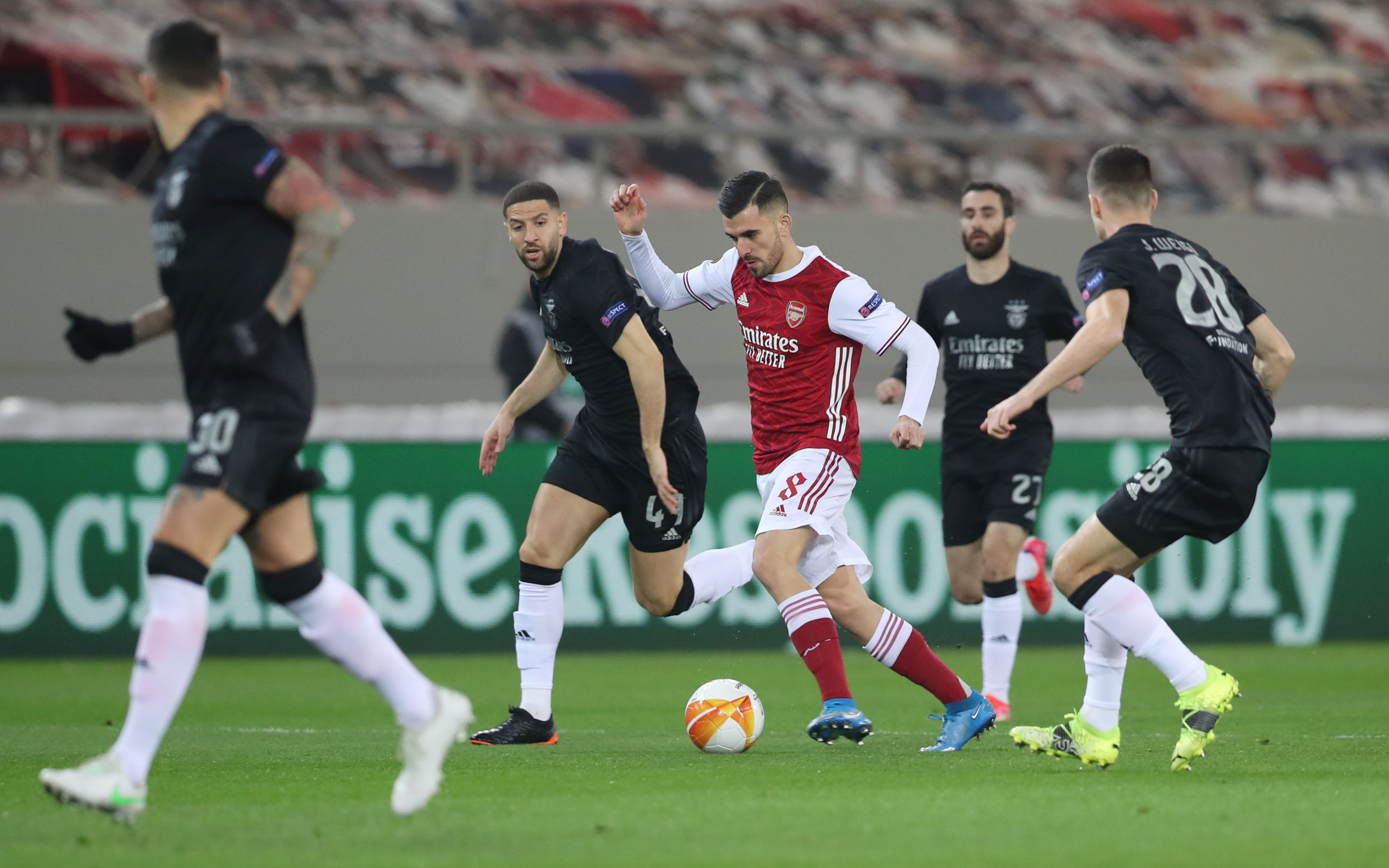 With the game at 2-2 and Benfica heading through on away goals, Saka found Aubameyang again and the man of the moment headed home to send the Gunners through and save their season.

It was the performance befitting of the captain – in an unfamiliar role, he dragged his side through the tie.

He has recently been redeployed as a central striker by Arteta as opposed to causing havoc from wide areas as he did so often last season.

And in slightly changing his game he acted as a focal point for the Gunners’ bevy of young attacking talent – Saka, Martin Odegaard and Emile Smith Rowe.

It was so almost the familiar story of Arsenal shooting themselves in the foot despite their star man's heroics.

Dani Ceballos was the latest entry in the Gunners’ hall of defensive shame – with TWO howlers gifting goals to Benfica.

Just before half time he committed a needless foul on the edge of the box before Diogo Goncalves’ peach of a free-kick to level the scores at 1-1.

Even worse was his lame header back to Bernd Leno just after the hour mark. Rafa Silva latched on to the loose ball, rounded the helpless keeper and walked the ball into the net.

Yet again Arteta was left rueing ridiculous defensive mistakes from his side – until these are cut out, the former midfielder will get nowhere with this side.

Kieran Tierney gave Arsenal a lifeline but the Gunners were going out Aubameyang showed yet again why he is still the key man at the Emirates.

That is not about to change – his superpowers weren't so far away after all.