ARSENAL boss Mikel Arteta SHUSHED Tottenham's Pierre-Emile Hojbjerg after almost being wiped out on the touchline in a pre-season clash on the eve of the new Premier League season.

The edgy affair boiled over as Hojbjerg tried to keep the ball in play close to the manager's technical area. 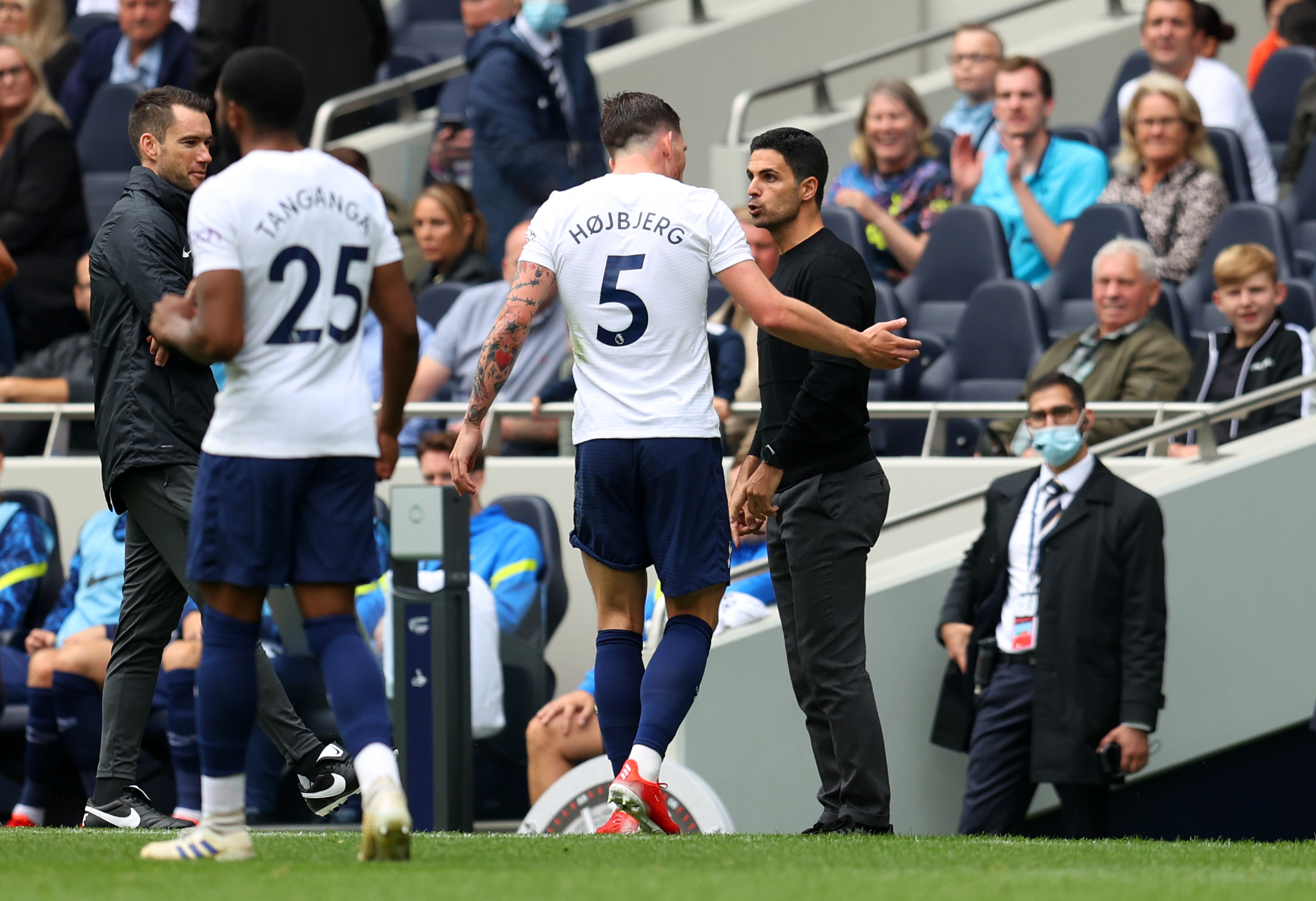 The Danish midfielder tried to prevent the ball from going out of play, almost cleaning Arteta out in the process.

The pair exchanged some words before Hojbjerg walked back over towards Arteta and told him to get back inside his technical area.

Arteta reacted by signalling to Hojbjerg to shush before Granit Xhaka strolled over to keep the peace.

The Spurs-dominated crowd voiced its displeasure at the rival manager's reaction, booing Arteta.

Some Arsenal fans are not pleased with Arteta's behaviour, with one fan calling for his resignation on Twitter.

The Gunners fan said: "This isn’t the behaviour we expect from the Arsenal manager.

"Should hand in his resignation as soon as possible."

Whilst another Gunners fan saw the comedic side to the feisty altercation saying: "Hojbjerg said go manage your team and Arteta said ssh I don’t know how."

PREMIER WIN! Get crazy 20/1 odds on Salah scoring ONE goal in August

Son Heung-min scored the winner in the 79th minute silencing Arteta, albeit a friendly game, leaving Arsenal without a win in pre-season.

The Spurs No7 started up front, filling the void left by Spurs star man and training rebel Harry Kane.

Spurs start their Premier League campaign against defending Champions Man City on August 15, whilst Arsenal travel to Brentford on August 13.