Aston Villa duo Douglas Luiz and Alisha Lehmann have reportedly split up after nearly a year of dating.

The Villans pair had been in a relationship since the start of the year, which they announced via social media at the time. They posted the same picture of them kissing with the caption: ‘I love you’.

However, their love was short-lived as the duo have now parted ways. Lehmann – a WSL star – recently did a raunchy calendar shoot which is said to have caused issues between them. 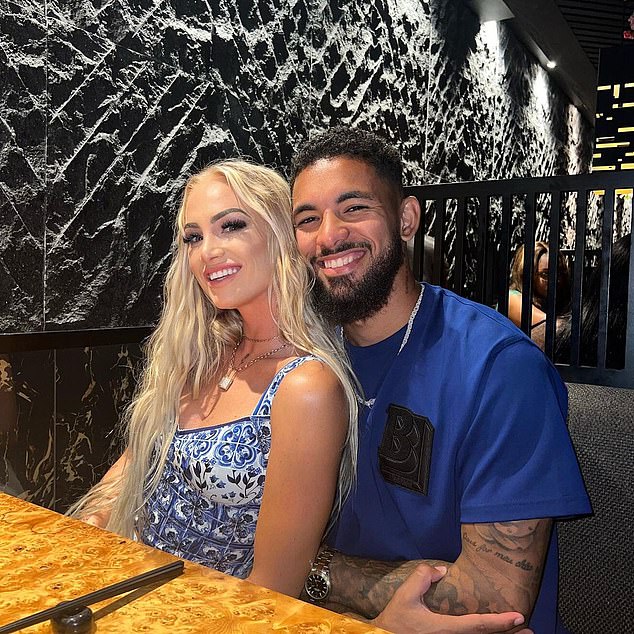 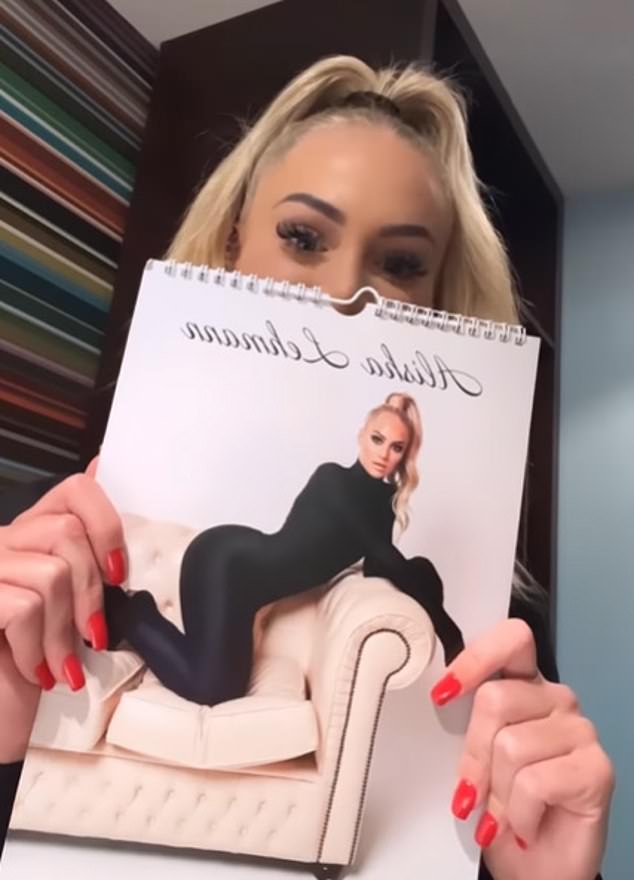 According to the Sun, Brazilian star Luiz was supposedly not enthralled by his partner’s decision to take part in the photoshoot  – which ultimately proved to be the breaking point for their relationship.

A source told the outlet: ‘Douglas was completely smitten with Alisha. When she first arrived, he was like, ‘Who is this girl?’. He quickly asked her out and they became a footballing power couple.

‘They were so loved up, But, sadly, as Alisha became more in demand off the pitch, the cracks started to appear in their relationship. When asked to do a calendar, she jumped at the chance to show off her sexy side but he was not happy.

‘He didn’t think it was something she should be doing. They rowed a lot and in the end Alisha simply had enough.’

Just last week, Lehmann shared snaps from her upcoming calendar on social media. The Villa star was dressed in a sleek, all-black bodysuit  as she posed on a sofa. 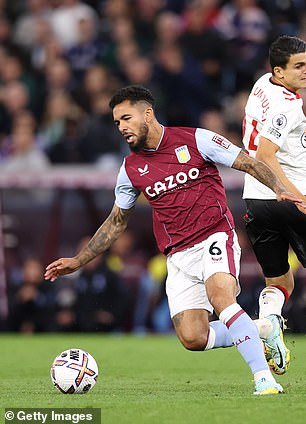 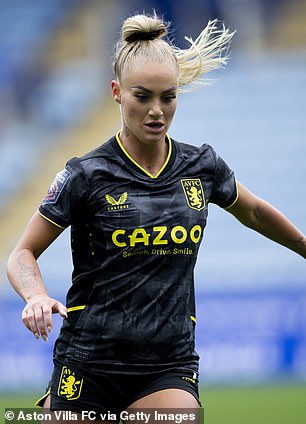 Brazilian midfielder Luiz, 24, has been with Aston Villa since joining the club in 2019. Swiss international Lehmann is a forward for Villa’s women’s team 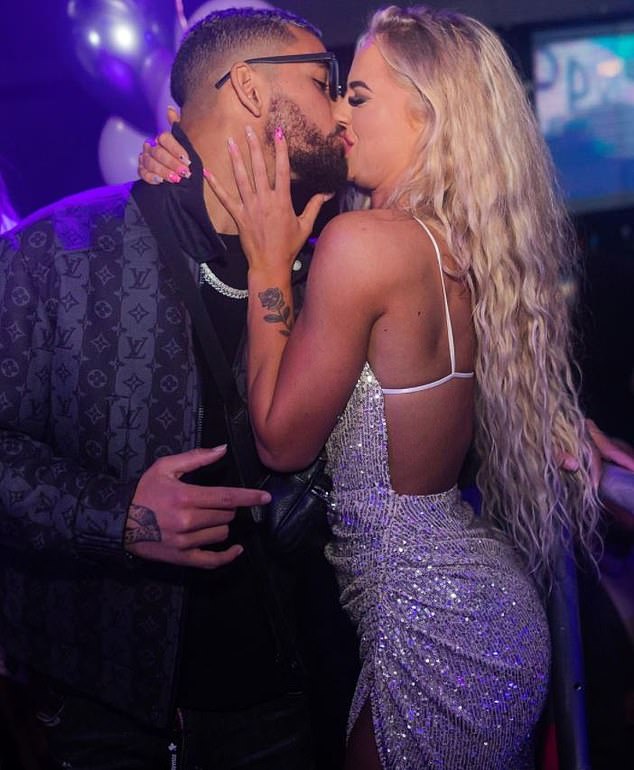 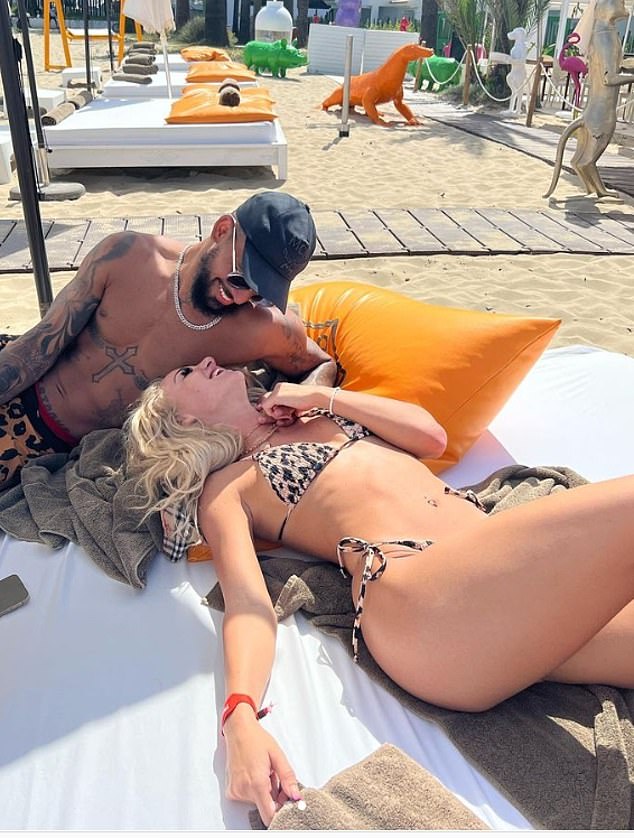 Last month, Luiz hit out at a TV host in Brazil after he posted a video seemingly objectifying Lehmann.

Milton Neves, a 71-year-old presenter, sparked fury from Luiz as he tweeted a clip of Lehmann celebrating a goal by jumping and turning her back.

The video, shared on social media, appears to zoom in on her backside during a goal celebration and ends with the question: ‘Without rewinding the video what number was on her shirt?’

Neves posted the video with the caption ‘watch and comment’, prompting an angry retort from Luiz. He has since deleted the Tweet.

‘You’re old, years in soccer and you post a video that does not respect women’s soccer or the player herself, who is also my girlfriend,’ Luiz said on Twitter. 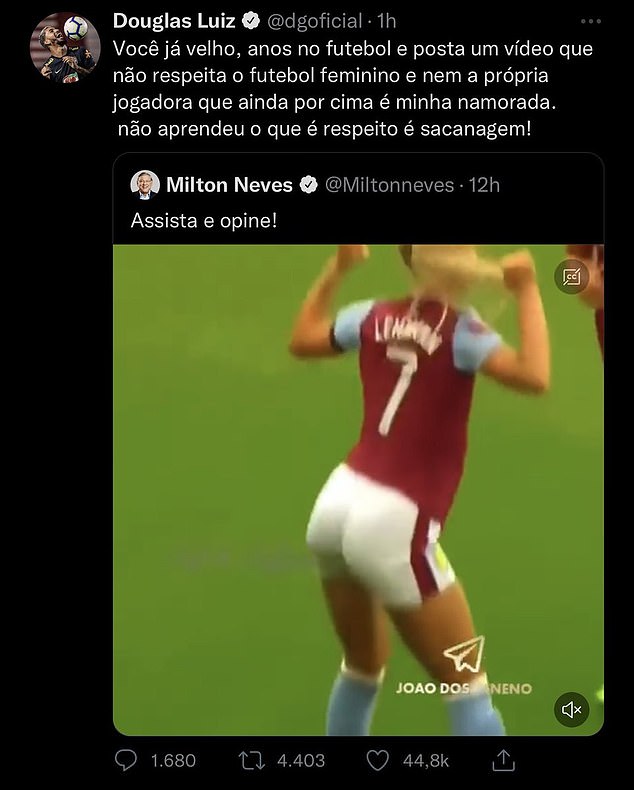 Luiz hit out at Brazilian TV star Milton Neves, who has 2.2m followers, over his tweet

Lehmann was previously in a relationship with Chelsea women’s player Ramona Bachmann, who also plays for the Switzerland team.

They were even featured in a BBC Three documentary together in 2019 and spoke about the dynamic of playing for rival teams in the same league.

Speaking ahead of West Ham playing Chelsea, Lehmann said: ‘She is really, really good, technical and fast. I am a little bit nervous but I think it will be a good game. If she scores I will feel really bad!’

Luiz, 24, has been a Villa player since 2019 and is a Brazil international. He was the subject of a £35m bid from Arsenal on transfer deadline day earlier this month.

He has endured a mixed start to the campaign, playing more of a bit-part role under boss Steven Gerrard and now Unai Emery. 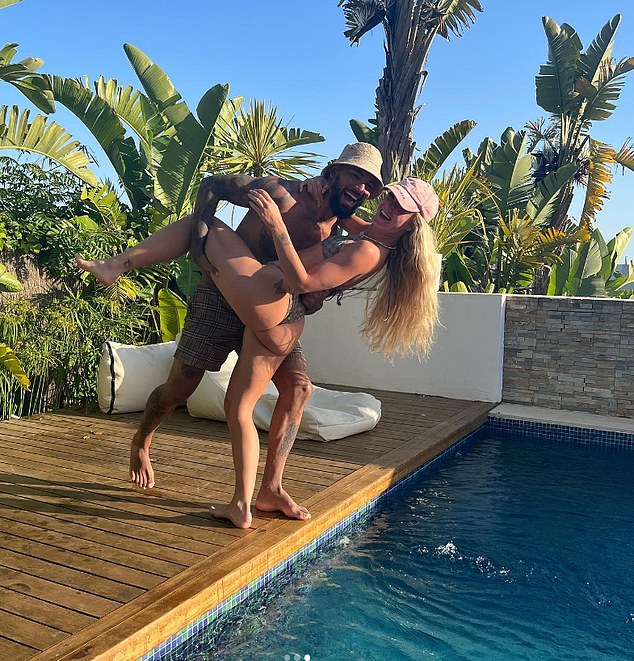