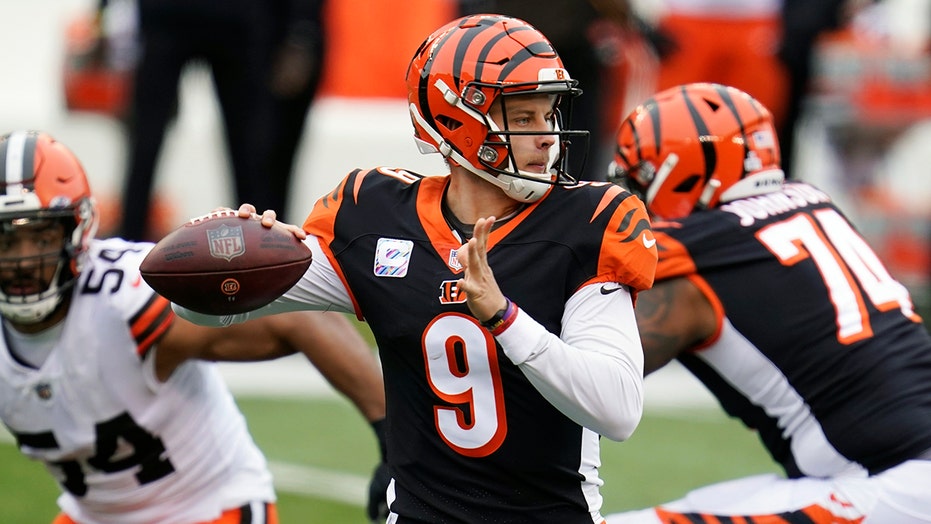 When the Cincinnati Bengals’ 2021 season begins, expect second-year quarterback Joe Burrow to be under center.

Burrow is “all systems go” for the Bengals’ Week 1 matchup against the Minnesota Vikings, ESPN reported on Tuesday. Dr. Neal ElAttrache, who operated on Burrow, told ESPN’s Adam Schefter that he is “on track for full go for start of the season.”

“He’s doing all the work,” ElAttrache told Schefter. “He’s worked his tail off and been an amazingly mature participant in his recovery. He’s focused and great to work with.”

In November, Burrow tore his left ACL and MCL before undergoing surgery a month later.

ElAttrache added that Burrow is doing well with his rehab and he’s way ahead of schedule.

“We are very happy with his recovery to say the least,” ElAttrache added. “Notwithstanding the nature of his injury and extent of his reconstruction, his knee is performing perfectly… We just had him tested out here with a high-tech video and biomechanical evaluation and he was ahead of where we anticipated and well into the return to performance phase of his recovery. With him already performing this way, it’s ‘all systems go’ for the start of the season.”

In his 10 starts, Burrow led the Bengals to a 2-7-1 record. Cincinnati will look to improve in his second season, especially after they drafted wide receiver Ja’Marr Chase with the fifth pick in this year’s draft. Chase and Burrow were teammates at LSU in 2019, and they should pick right up where they left off this upcoming season.