BORUSSIA DORTMUND have completed the £22million signing of Julian Brandt from Bayer Leverkusen.

The 23-year-old is the German club's second signing of the day after Eden Hazard's brother Thorgan penned a four-year deal. 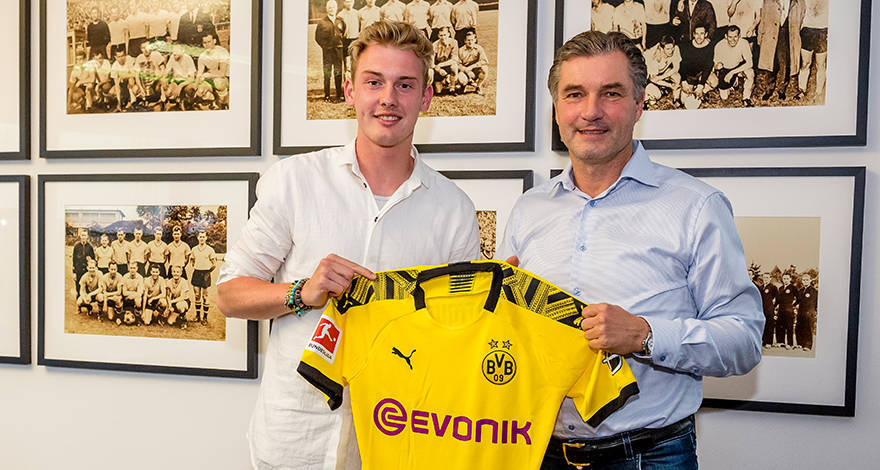 Brandt has signed a contract until 2024 with the Bundesliga giants after five years with their German rivals.

After the deal was completed, Brandt said: "I am a person who sometimes decides things from the gut and for whom a good feeling is important.

"In the case of Borussia Dortmund, I have a very good feeling.

"One of the main reasons for my change is that BVB narrowly missed the title last season, so there is room for improvement and I am very excited about the boys.

"I am very motivated and optimistic about my personal development but especially the whole team."

Dortmund Sport Director Michael Zorc: "Although Julian Brandt has played in the Bundesliga for a long time and has a lot of experience both nationally and internationally, he is still a very young professional with potential for development at the age of 23.

"He can be used on several offensive positions and will enrich our game with his creativity."

Brandt has scored 34 goals and made 41 assists in 165 games since his debut in the Bundesliga at the age of 17.

He still had two years remaining on his contract with Bayer Leverkusen, but BVB activated his release clause.

Liverpool have been linked to the 24-cap German international for several years and Jurgen Klopp is said to be a huge admirer of him.

Tottenham also indicated their interested, but Brandt has snubbed a summer switch to the Premier League.