CAMPBELL HATTON proved himself a chip off the old Rock by winning his Gibraltar boxing debut in front of proud dad Ricky – who was left in tears at his son's victory.

The 20-year-old novice and his ring legend father had everyone aboard the fight-week yacht – for the Dillian Whyte vs Alexander Povetkin showdown – laughing with their loving relationship. 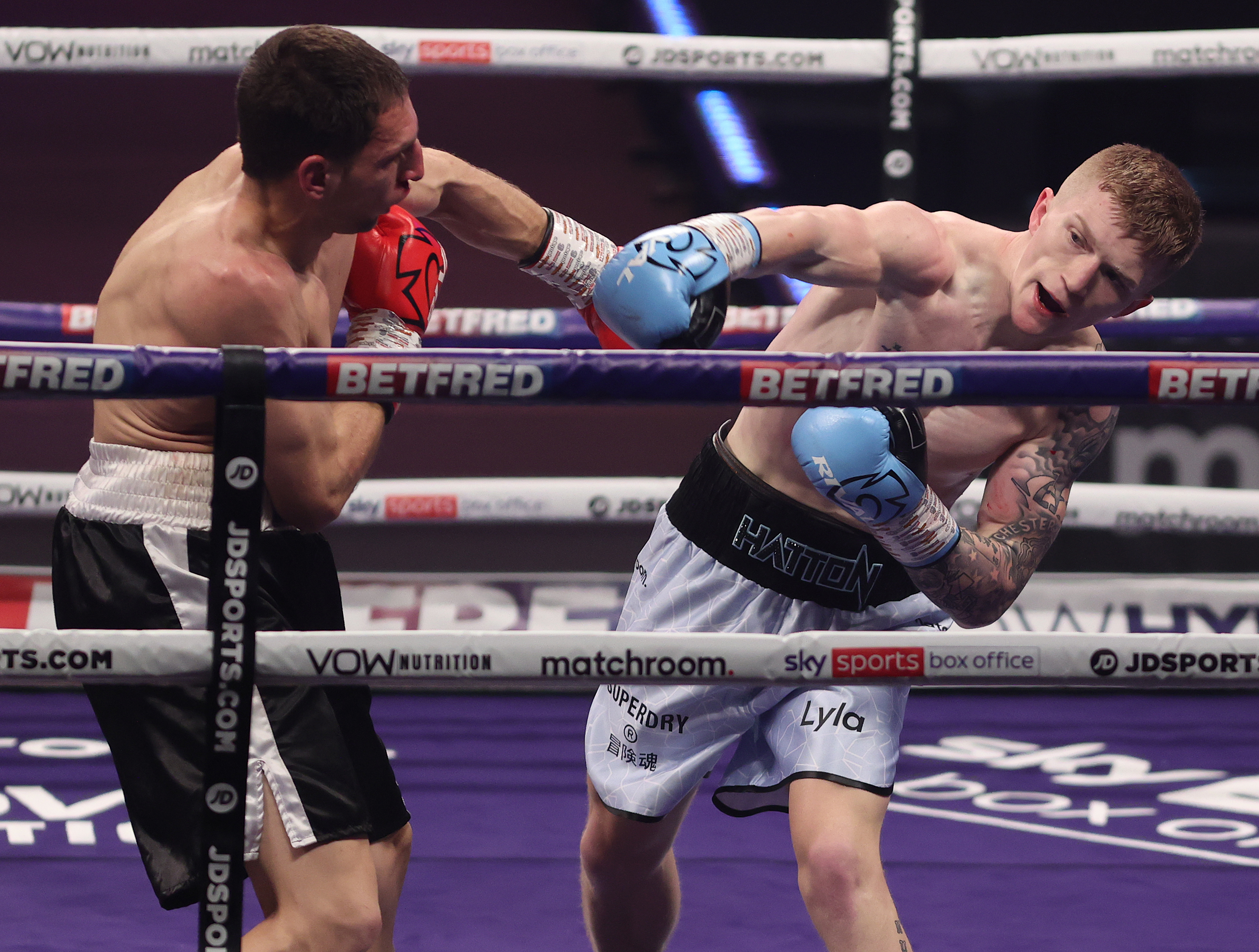 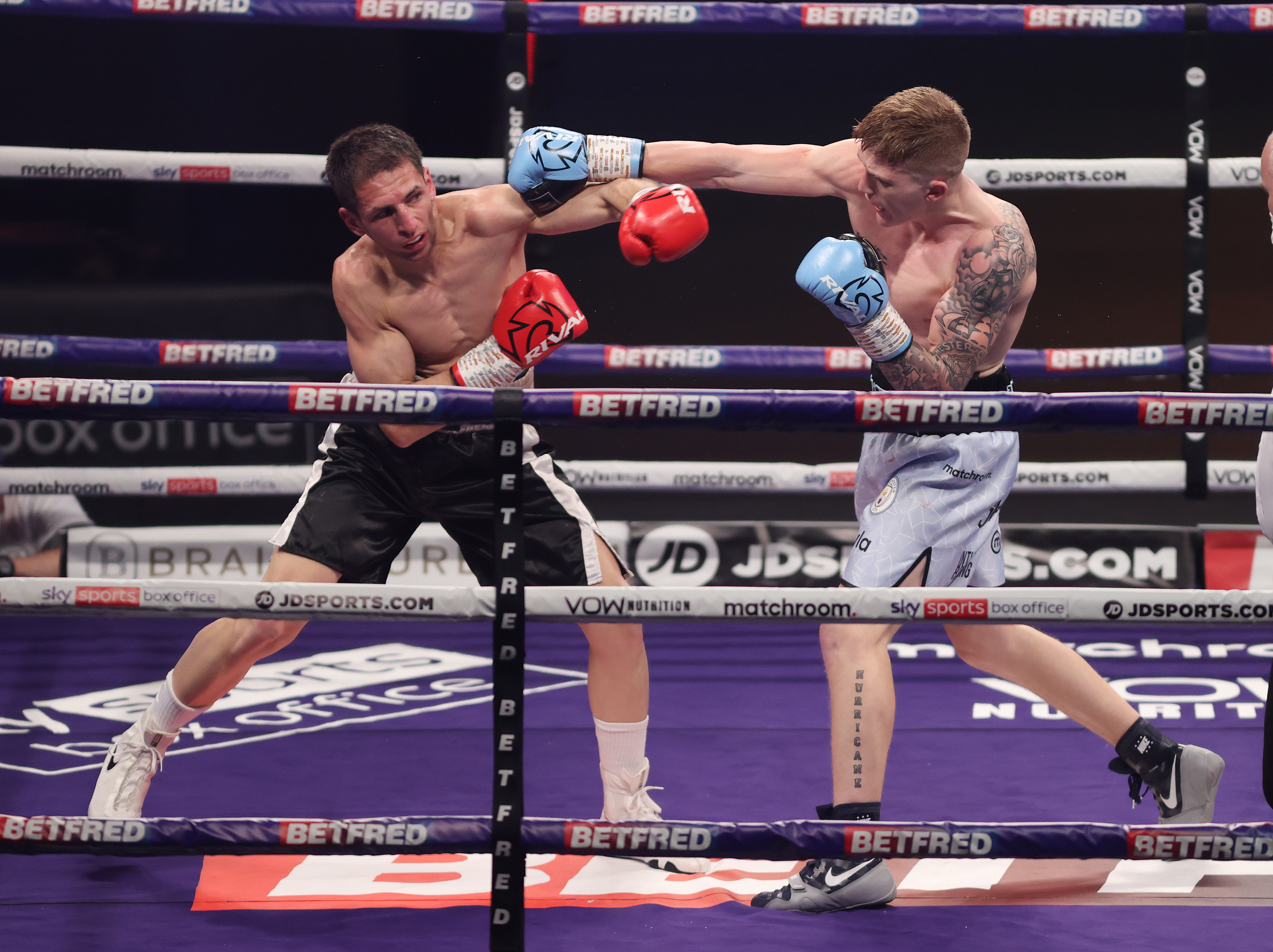 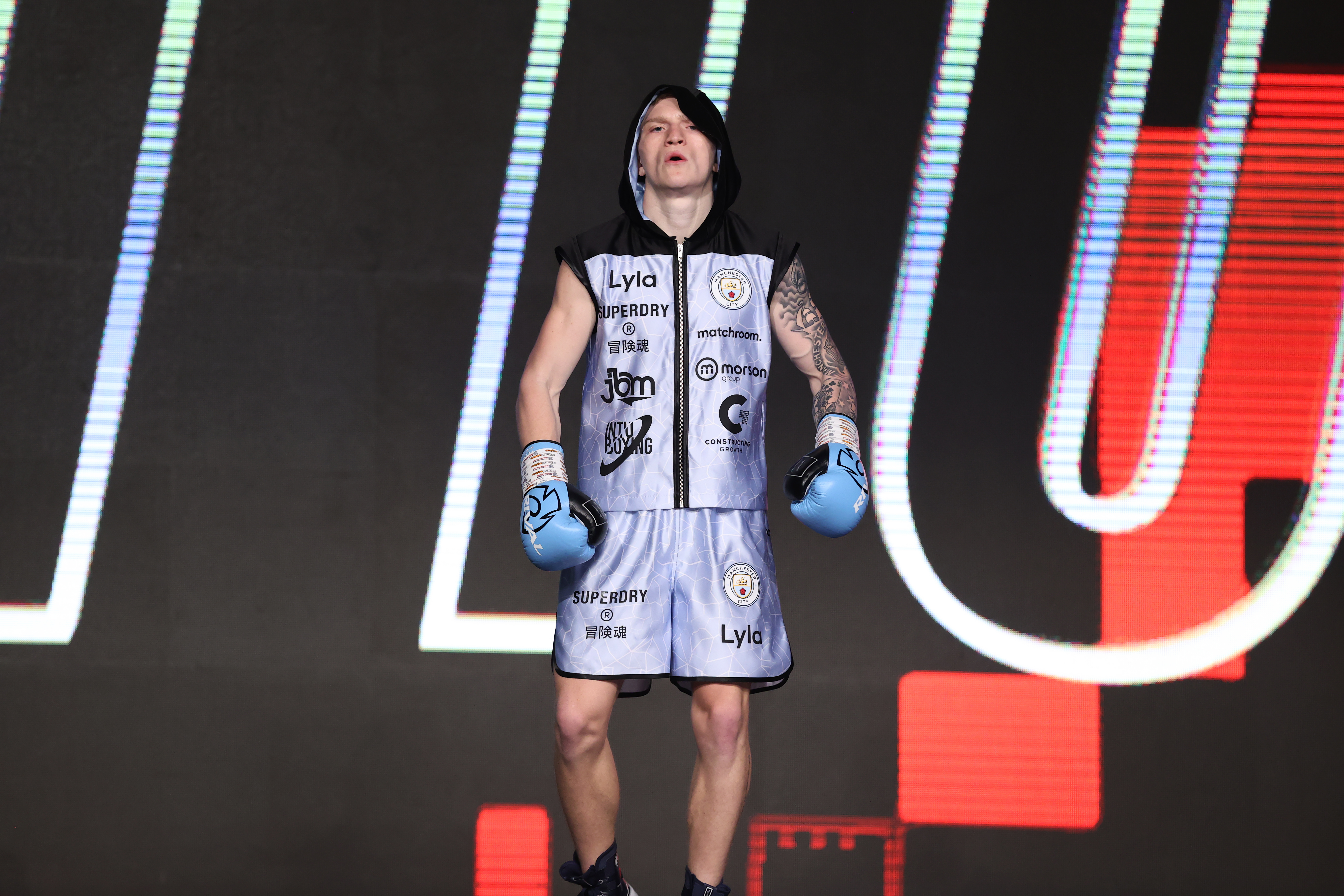 But the new Manchester banger got down to the serious business when the first bell of his pro career came, beating Jesus Ruiz on points over four rounds.

The raw talent bounced to the ring to a medley of Blue Moon and Oasis anthem F****** In The Bushes, in a perfect tribute to his football club and city.

Lightweight Hatton jabbed his way into the hurt business but was soon throwing his dad's trademark hooks to the body.

And the teenager wasn’t afraid to roughhouse his 32-year-old rival, barging him to the canvas unfairly just before the opener ended.

The flame-haired dynamo was clipped a couple of times in the second, thanks to too much youthful exuberance and will have to be more careful as he progresses.

Ruiz was bleeding by the third and Hatton was looking too hard for the highlight reel KO, against a tough Spanish journeyman who had lost all his 10 previous bouts but only been stopped once back in 2017.

And Hatton almost got his first KO when a sickener winded the gatekeeper but he stood up to the best punch of the fight. 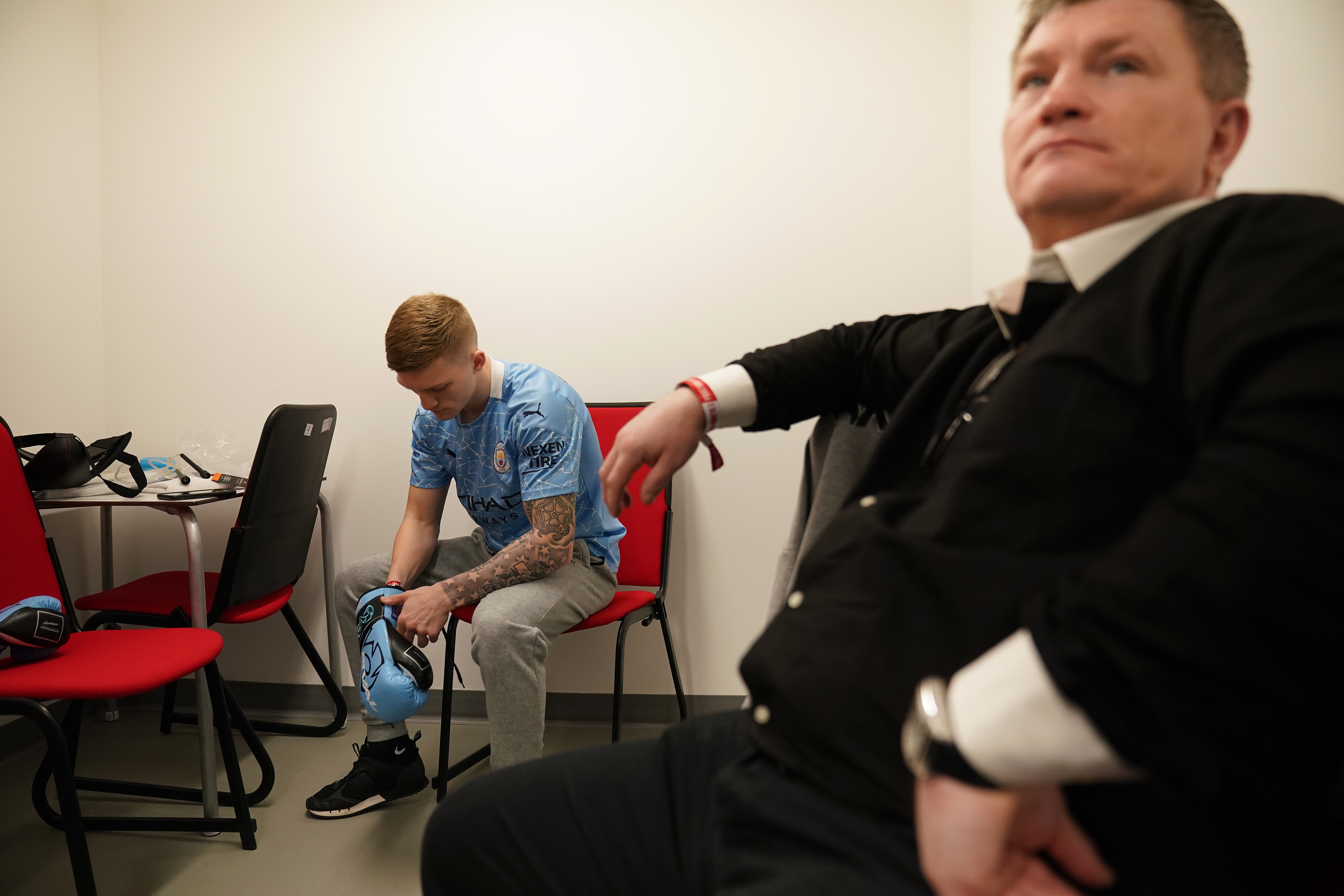 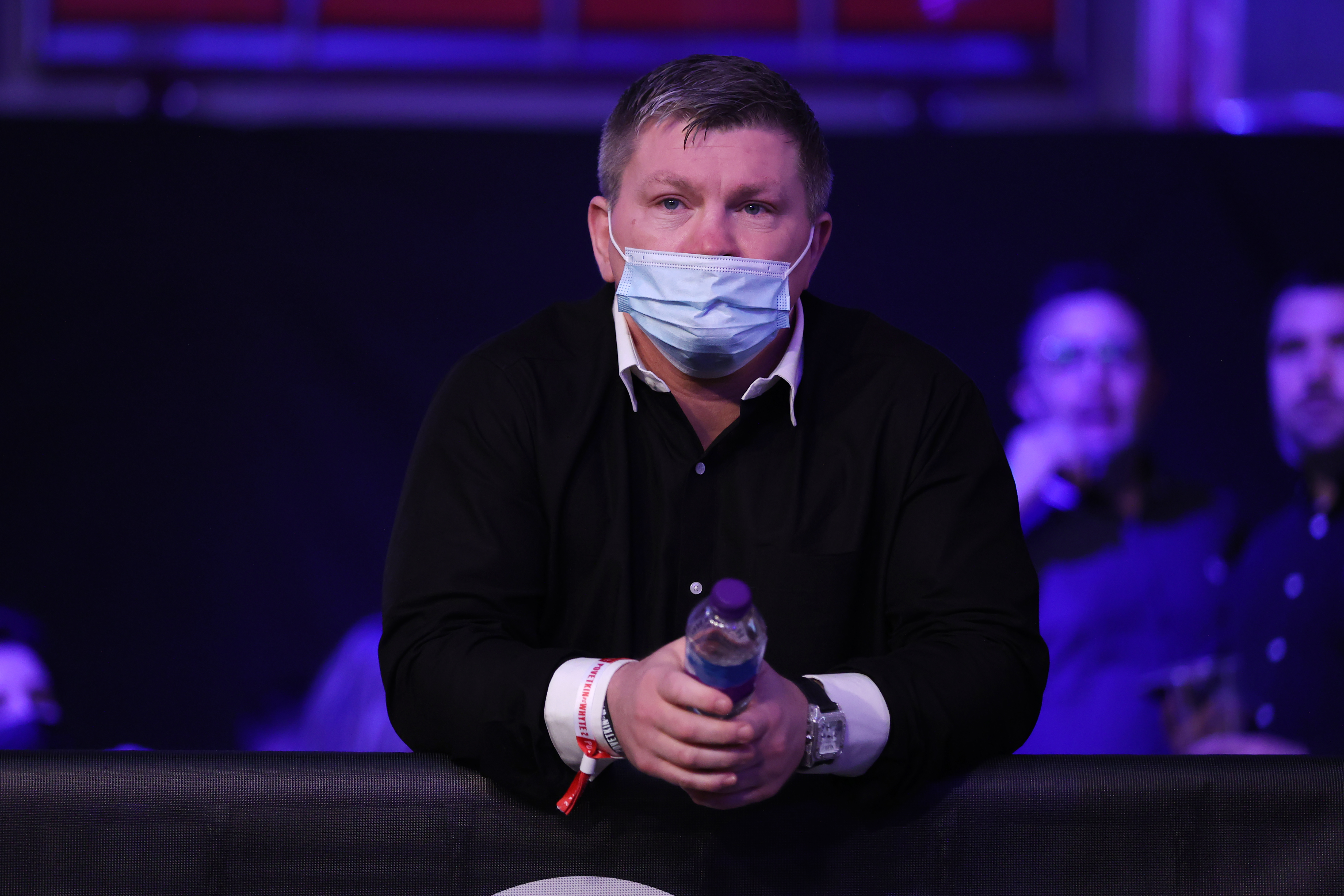 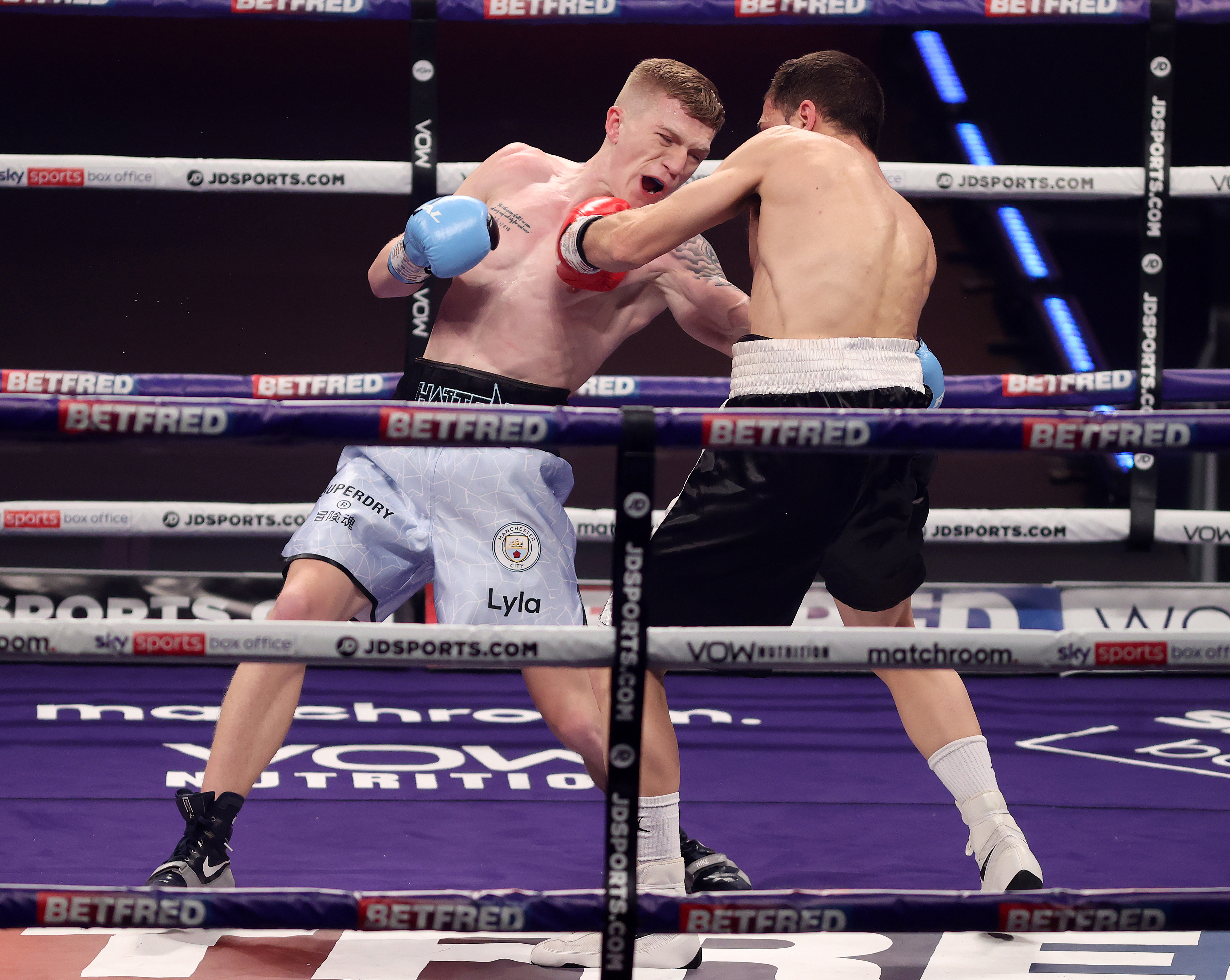 Campbell is being managed by his two-weight world champion dad and trained by uncle Matthew, a former European champ who also challenged for world honours.

And the young father of one has been snapped up by Anthony Joshua’s 258 management who see huge potential in and outside the ring.

After his win, Hatton said: "You only get one debut and I am over the moon but I don’t think I boxed my best.

"I did look for the knockout a bit too much and maybe the nerves got to me a little bit.

"I was surprised how durable he was but I am dead happy with it.

"I have a lot of the same strengths as my dad, like the body punching." 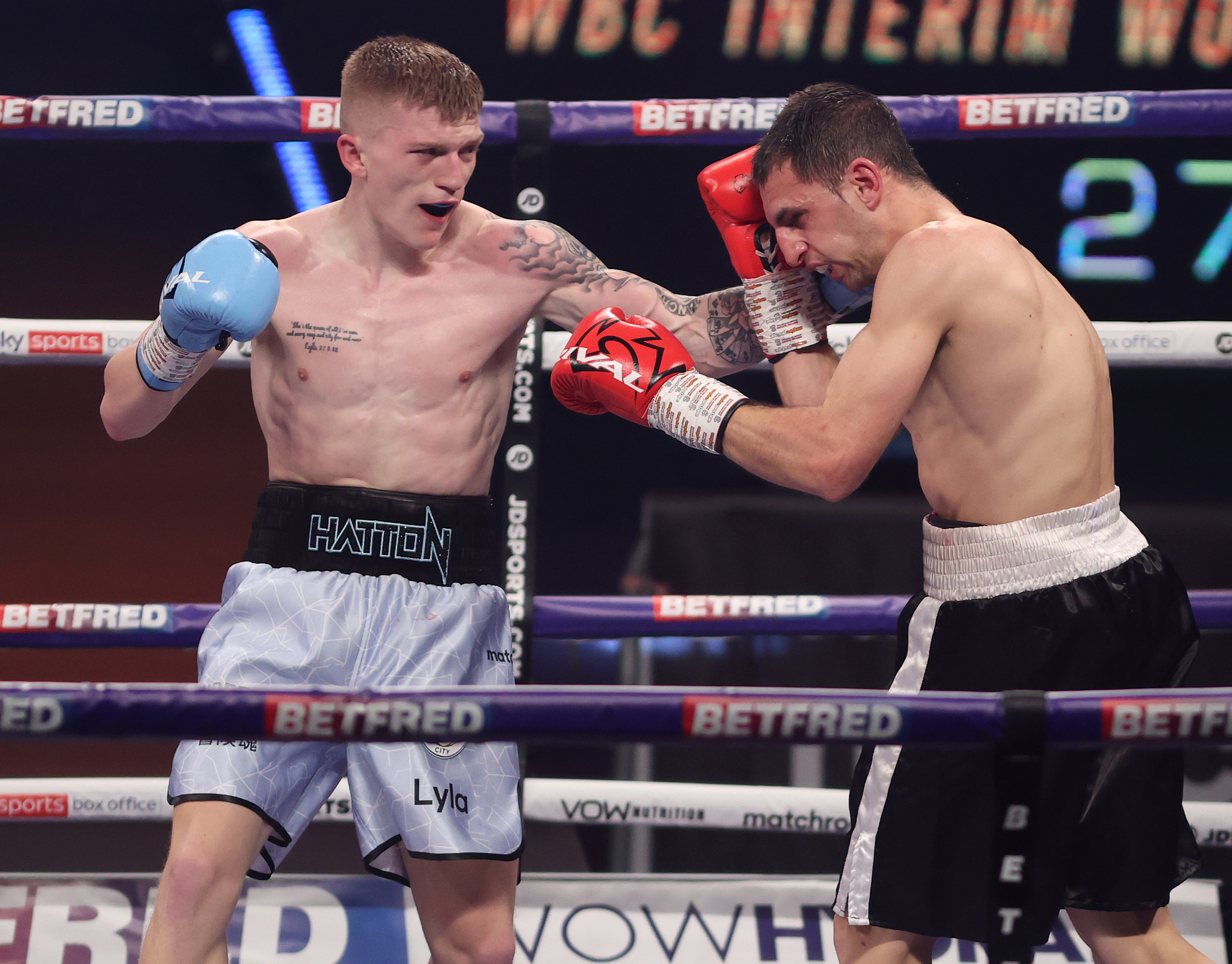 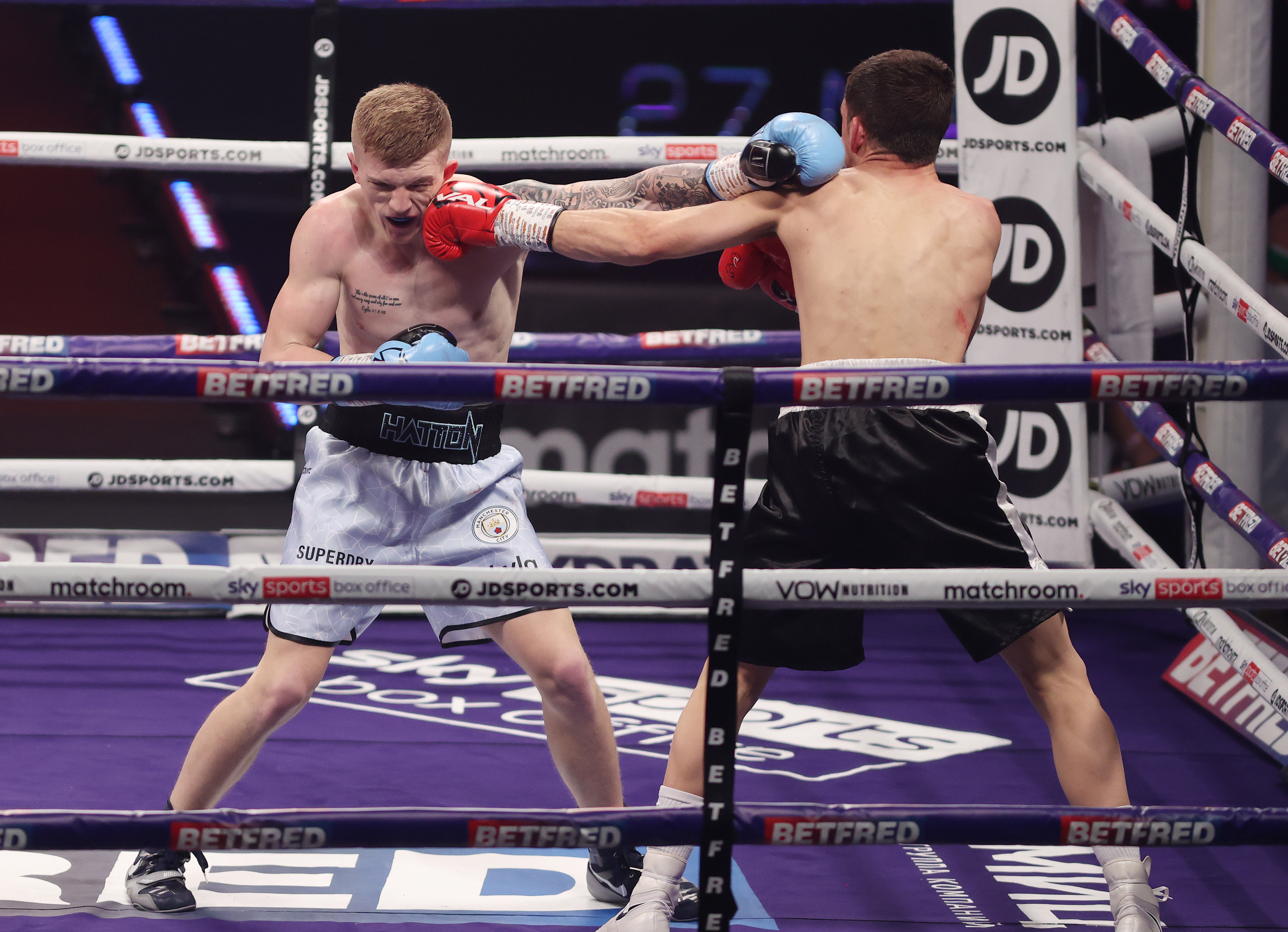 And proud dad Ricky beamed: “I am glad we have these masks on so nobody can see me crying.

"It is such a proud night for the family.

"The opponent was perfect, very durable and Campbell showed in flashes what he can do.

"He did get too involved a couple of times but that will improve with experience."

Uncle and trainer Matthew added: “You only saw in flashes what Campbell can do.

"He did load up on his shots too much. It was a learning experience.”