A FEMALE horse is set to be stripped of victory – after she was found to have testicles. 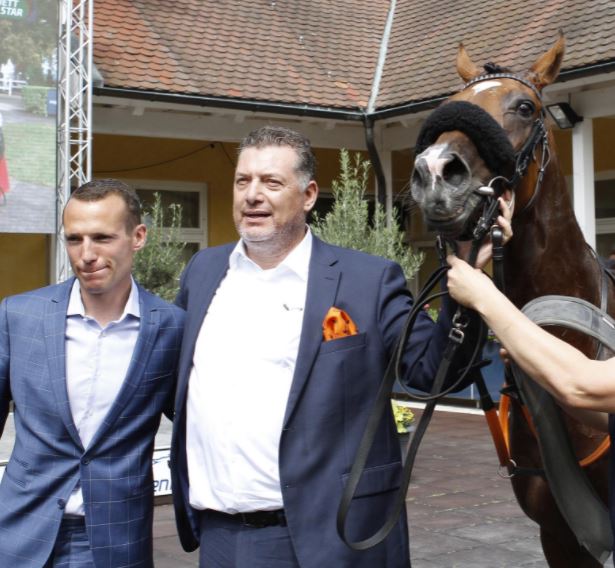 The finding came after the horse won a Group 3 contest in Italy last month.

The initial finding by Italy's Ministry of Agriculture, Food and Forestry suggested the case could involve a doping offence.

An immediate two-year ban was imposed on Flamingo Girl but subsequent tests have revealed she has both male and female sex organs, making her a hermaphrodite.

Flamingo Girl still faces being stripped of her big win, which landed owner Stefan Hahne just shy of £30,000, but the trainer has said he will fight any further punishment.

Grewe said: "I came across something like this 15 years ago when I was with Mario Hofer and the same doctor who made the test on that horse carried out the test on Flamingo Girl.

"In Germany it is called a Zwitter [German for hermaphrodite].

"It's a bit strange. The filly was always a bit masculine. She had a bit of the character of a colt.

"I just thought she was a bit strong for a filly, but nothing more. It's crazy."

Grewe now thinks removing the horse's balls will lower the testoserone levels and allow her to run as a filly.

He told the Racing Post: "She's a hermaphrodite, and has signs of a male, so because of this her testosterone was too high.

"The testosterone was at a normal level when she was younger, but got higher with evolution.

"We could do a little operation – castrate her – and then hope the testosterone goes down and we can still run her as a filly.

"It's not a big operation, like cutting a colt, but it's inside of her.

"We'll have to check Flamingo Girl as nobody really knows what will happen after this operation.

"We'll have to check if the testosterone has gone down, but we want to see her running again.

"It might take two or three months for the testosterone to go down, so it would be next year she'd run if she could, while we just hope she doesn't lose her class when it does go down.

"It's a bit crazy. She was always a bit like a male, with the attitude of one. We'd say she was a bit masculine, but nobody would think of something like this.

"The German authorities have helped a lot as I think Italy thought it might be doping, but I can say it's not and it's no one's fault."

Grewe added on his website: "The owner and I want to take action against the two-year ban and possible further penalties, which is subject to the result of the B-sample.

"In any case, we will act in the interests of the horse's wellbeing and are in close cooperation with Deutscher Galopp and a group of experienced veterinarians."

Hopefully Flamingo Girl will have more luck than the Australian horse put on sale because his balls were too big.

Morethanumberone's 'abnormally large testicles' were blamed for his poor form.