JOHN TERRY has apologised after accidentally leaving Mateo Kovacic worse for wear with a crushing handshake.

The Croat was visibly pained by the Aston Villa assistant manager's firm grasp after Chelsea's game against his club on Wednesday. 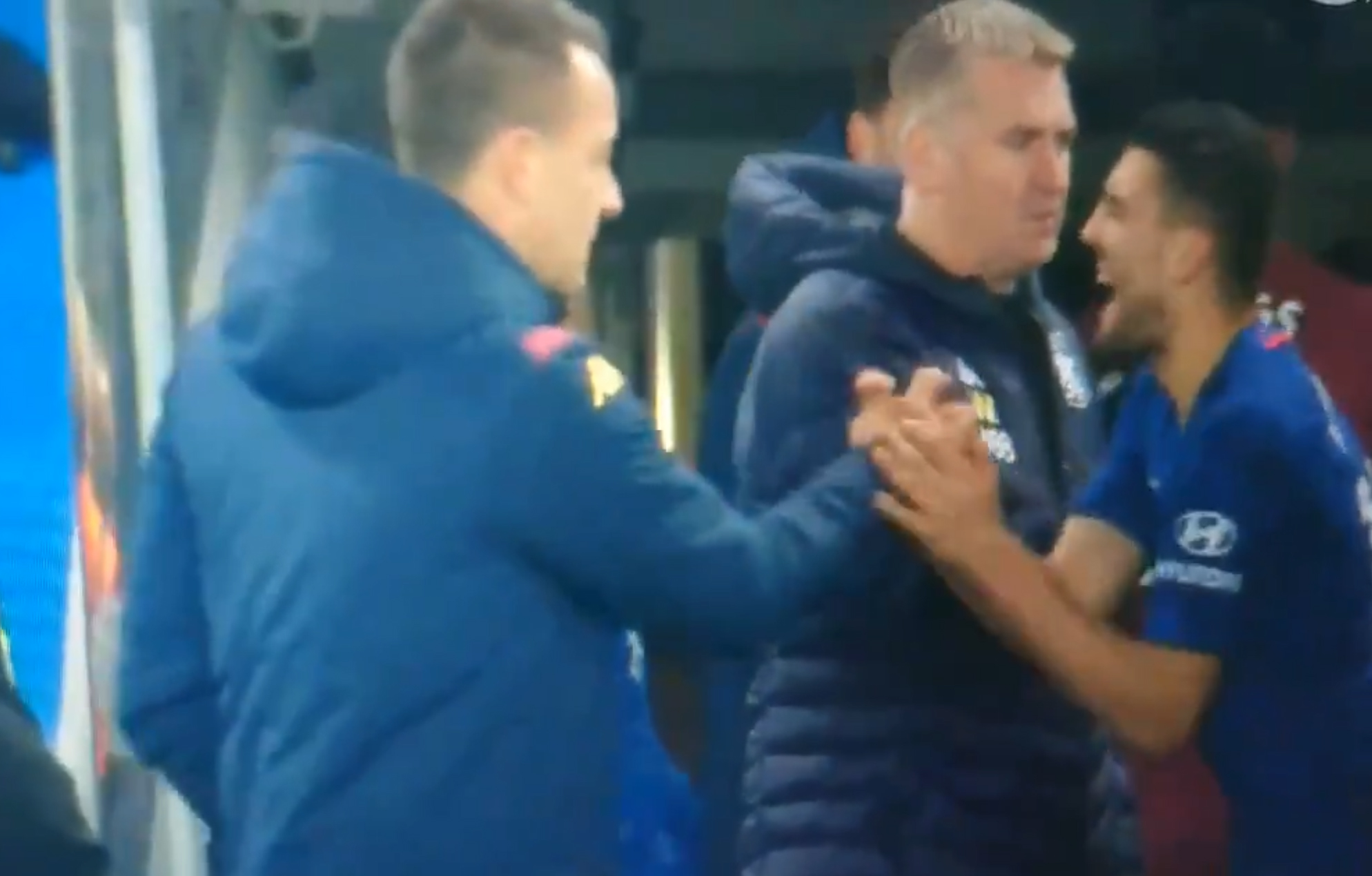 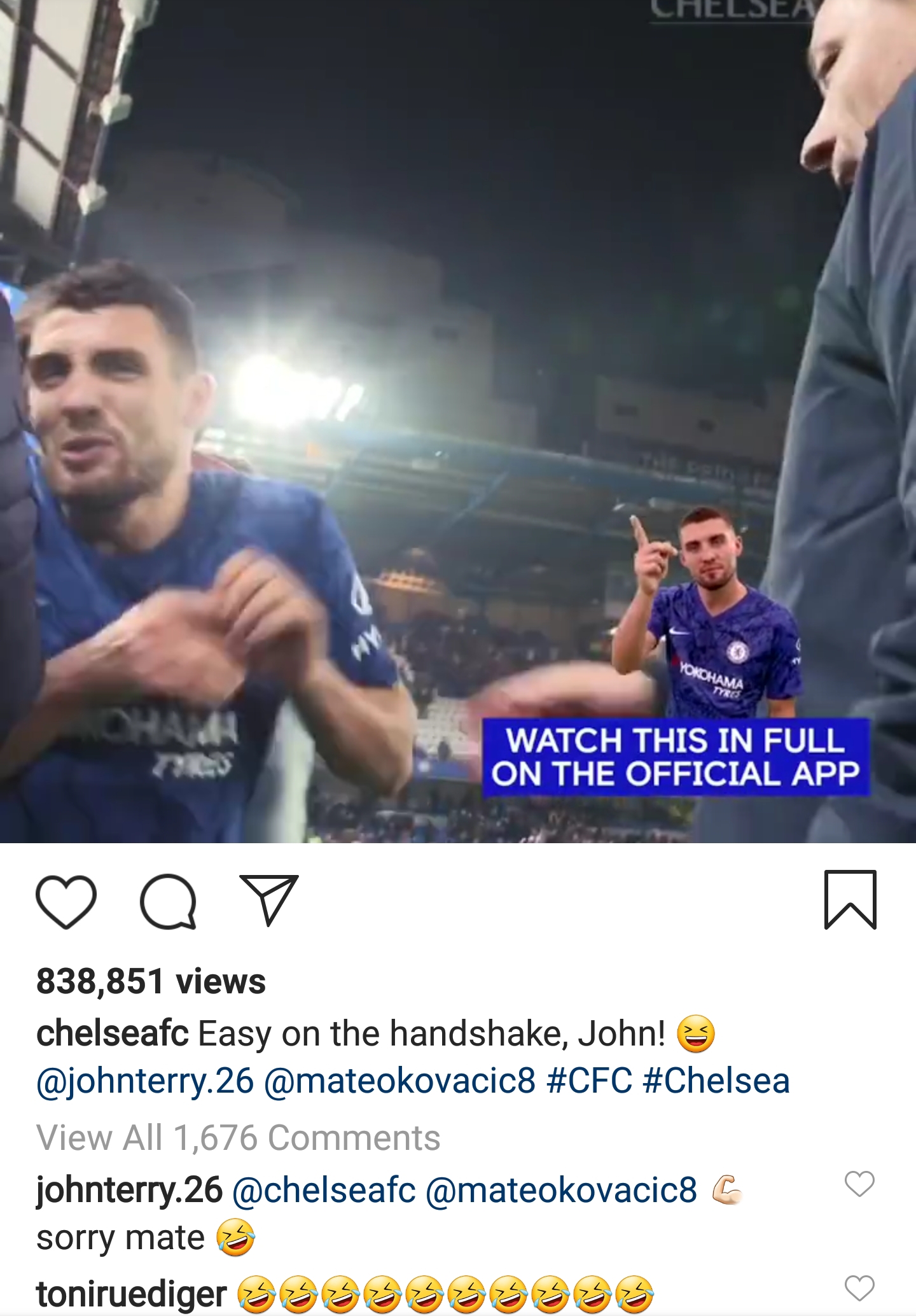 At the full-time whistle of the Blues' 2-1 win, the club legend perhaps let his disappointment get the better of him when congratulating Kovacic.

However the incident was clearly an accident and Terry apologised when his old team picked out the incident on Instagram.

A Chelsea post of the clip was captioned: "Easy on the handshake, John!"

To which Terry posted a reply with a laughing face emoji: "Sorry mate."

Blues centre-back Antonio Rudiger also got in on the action with ten laughing emojis.

The game served as former defender Terry's first visit to Stamford Bridge since hanging up his boots.

And he later posted a photo with pal Frank Lampard, who is now in charge of Chelsea and was rumoured to be trying to bring Terry into his backroom staff in the summer.

Lampard nonetheless dismissed the notion because his old teammate is "very settled" at Villa.