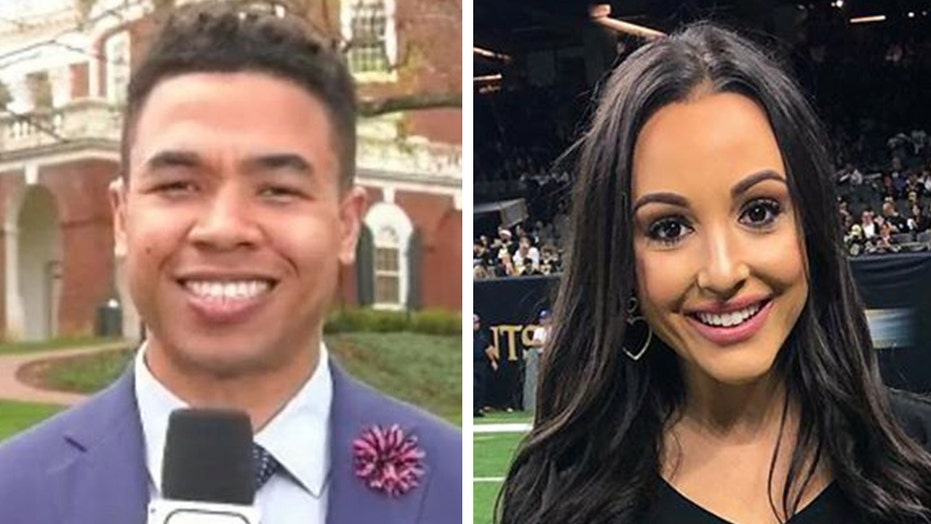 In the press box at the Mercedes-Benz Superdome in New Orleans, spots for ESPN’s Edward Aschoff and WDSU-TV’s Carley McCord were reserved. Each spot had a national championship media guide, notebook and yellow flowers placed where they would sit.

Photos of the spots began to circulate social media hours before kickoff.

Aschoff, 34, died on Christmas Eve after battling an illness. In an Instagram post earlier this month, Aschoff disclosed he had recently caught pneumonia just days after working the Michigan-Ohio State game. Word of Aschoff’s death devastated his ESPN colleagues and others who knew him, including sports figures, and many posted tributes and remembrances on social media.

Starting in 2017, Aschoff was based in Los Angeles and began receiving more nationally focused assignments, the network reported and was a contributor to the network’s website, its flagship “SportsCenter” television program and other broadcasts.

Aschoff was called "one of the smartest, brightest reporters I've ever had the pleasure of working with,” by Lauren Reynolds, ESPN’s executive editor.

Aschoff was also honored in a pregame hype video for ESPN's coverage of the title game.

McCord, 30, was among five people killed in a small plane crash in Louisiana on Dec. 29. She was en route to the Peach Bowl to watch LSU play Oklahoma. McCord’s father-in-law is LSU’s offensive coordinator, Steve Ensminger.

After college, she cut her teeth reporting on the Cleveland Browns before returning to Louisiana where she eventually became a sports reporter for WDSU-TV in New Orleans.

As a freelancer, McCord worked for ESPN, Cox Sports Television and was the digital media reporter for the Louisiana Sports Hall of Fame.

“We are devastated by the loss of such an amazing talent and valued member of our WDSU family,” WDSU president and general manager Joel Vilmenay said in a statement. “Carley’s passion for sports journalism and her deep knowledge of Louisiana sports, from high school to the professional ranks, made her an exceptional journalist."

It’s unclear whether either reporter was slated to work the college football national title game. But they will be on every media members’ mind as the game goes on.