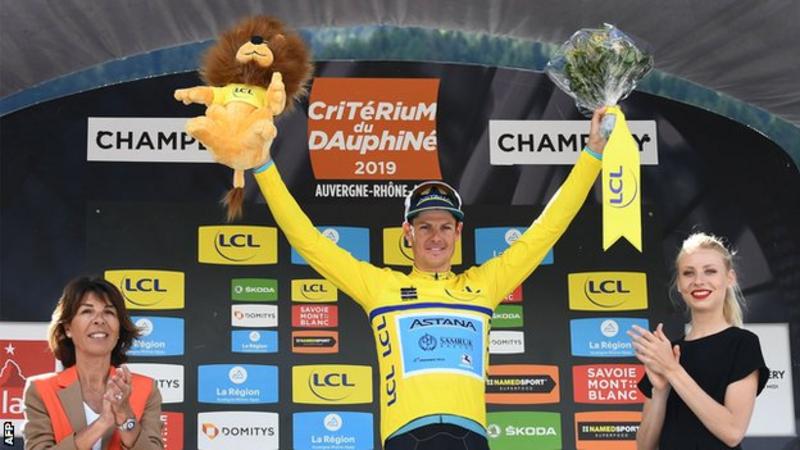 Denmark’s Jakob Fuglsang won the Criterium du Dauphine after Britain’s Adam Yates pulled out midway through the final stage with a fever.

Yates, 26, trailed Astana’s Fuglsang by eight seconds before stage eight, but was keeping pace with his rivals when he withdrew with less than 50km to go.

Van Baarle clinched the stage win in a sprint finish with Mitchelton-Scott’s Jack Haig, who went gone solo with 16km remaining before the Dutchman soon joined him.

Mitchelton-Scott sports director Lorenzo Lapage told race organisers that Yates, who is due to lead the team at the Tour de France in July, was struggling with a fever since Sunday morning.

He wore the leader’s yellow jersey for four stages until Fuglsang claimed it on Saturday.