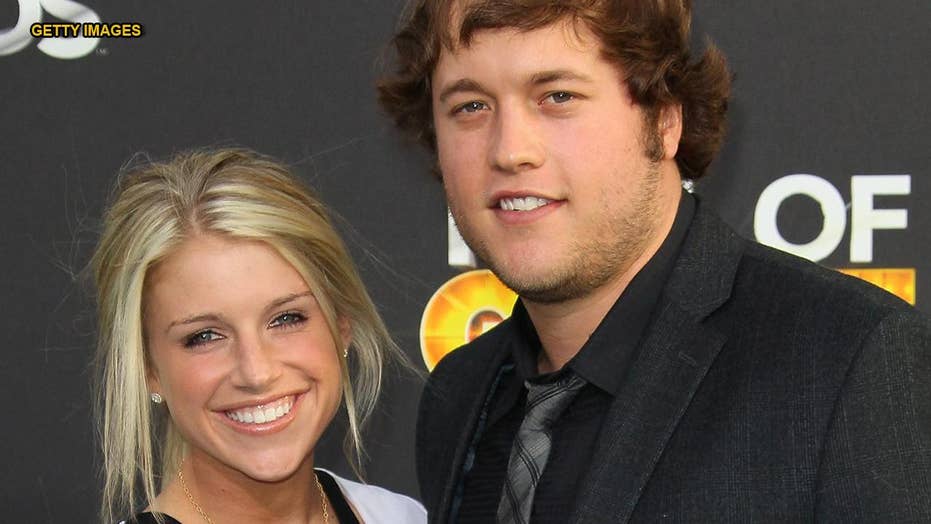 Kelly Stafford, the wife of Detroit Lions quarterback Matthew Stafford, announced via Instagram Wednesday that she has been diagnosed with a brain tumor and will undergo surgery to have it removed later this month. Stafford wrote that she is ‘terrified’ and has asked for prayers in her time of need.

The brothers, all huge Detroit Lions fans, were stunned when the Staffords came through the door. Their father’s cousin, Deana Harb, posted a video of the interaction on Facebook last week.

“If you ever, for a second, worry about “goodness” in the world. If you ever think professional athletes don’t connect with people… Watch this,” Harb wrote in the video’s description.

“When you’re in the NFL, and you and your wife come to the home of three boys that lost their father- boys that love the Lions.. When you stay and hang out, play Madden (and play as Matt Stafford, well- because you ARE Matt Stafford…)

“People are so, so, good. And I know my cousin is beaming from Heaven.”

The Stafford family has been having a tough year themselves. Kelly Stafford underwent surgery to remove a benign brain tumor while Matthew Stafford was forced to sit out a few games toward the end of the season due to broken bones in his back.

Detroit finishes its season Sunday against the Green Bay Packers.