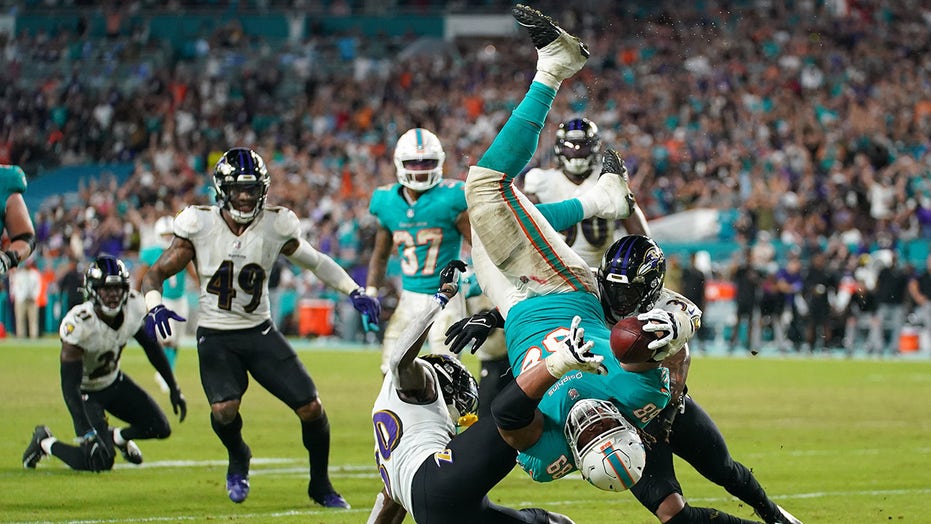 Miami Dolphins offensive lineman Robert Hunt was the talk of the town upon the team’s victory over the Baltimore Ravens on Thursday night.

With the Dolphins driving early in the fourth quarter, Tua Tagovailoa dropped back to pass as the Ravens’ pass rushers were coming toward him. It appeared the team was setting up for a screen and Tagovailoa was trying to throw the ball to his running back. 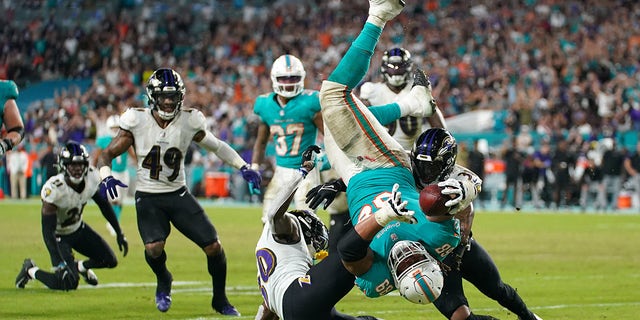 Miami Dolphins guard Robert Hunt is upended while running the ball against the Baltimore Ravens during the second half at Hard Rock Stadium, on Nov. 11, 2021 in Miami Gardens, Florida.
(Jasen Vinlove-USA TODAY Sports)

“I just kind of saw it and it was third down. I was, like, all right, let’s try to – it was a big game. I wanted to win. I just saw the ball, and I don’t know. I just blanked out, man. I just caught the ball and tried to run with it,” he said. “Calais (Campbell) did a really good job of defending the play, though.”

He admitted he forgot he wasn’t allowed to catch the ball.

“Yeah. It’s embarrassing. It’s all over the internet, too,” he said. 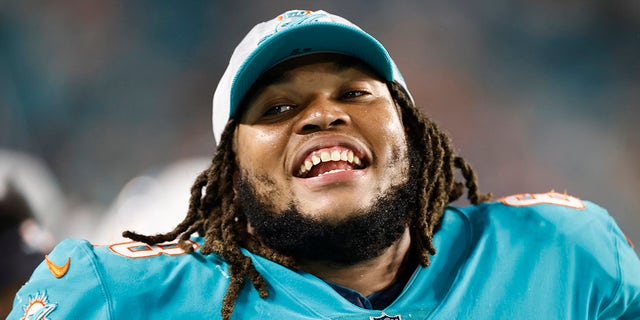 Robert Hunt of the Miami Dolphins laughs against the Atlanta Falcons during a preseason game at Hard Rock Stadium on Aug. 21, 2021 in Miami Gardens, Florida.
(Michael Reaves/Getty Images)

“Honestly, I was just – like I said, I wanted to win. I didn’t know if the play counted or not. I got the ball in my hand, and I wanted to try to score it. I just try to do whatever so I can so we could have the feeling that we got now, which is a great feeling.”