Sky Sports has announced additional multi-platform programming to give viewers their sporting fix during these times of national lockdown due to the coronavirus outbreak.

During these challenging times, Sky Sports will broadcast a range of documentaries, classic matches and events, podcasts and social media content with stars from a variety of sports.

The broadcaster will be using its 11 channels as well as its digital and social platforms to keep the UK & Ireland informed and entertained with a whole host of content for all ages.

And of course, Sky Sports News will continue its round the clock coverage on the battles facing sport through these unprecedented times, keeping fans informed and up to date.

Easter Monday will see the launch of ‘The Football Show’ on Sky Sports Main Event and Sky Sports News at 9am. The programme will feature topical football news, discussion and nostalgia. Presented by David Jones and Kelly Cates with opinion coming from Gary Neville, Jamie Carragher, Graeme Souness, Jamie Redknapp as well as contributors from across the game. 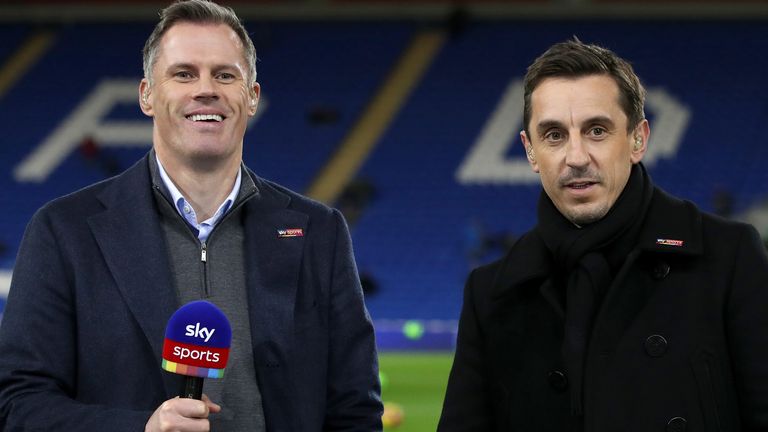 Matches include the 1996 meeting between Newcastle United and Manchester United, a fixture which saw a 5-0 victory for Kevin Keegan’s Newcastle, and the infamous “Battle of the Bridge” as Chelsea drew 2-2 with bitter rivals Tottenham Hotspur, a night which handed the 2016 Premier League title to Leicester City.

On Sky Sports’ social channels plenty more content can be found including more classic moments, top 10s, highlights, interviews and ‘Off Script’, where members of the Sky Football team discuss a range of issues from their careers and thoughts across the game. England stars including Ben Stokes, Jack Leach, Jos Buttler, Joe Root and Jofra Archer will join the watch-along, talking to Rob Key about their memories and thoughts as the games progress on Sky Sports Cricket during the final hours of coverage on both days.

Sky Sports Golf will be showcasing a range of tournaments from years past. Nick Dougherty will conduct live Instagram commentary and interviews with some of the sport’s biggest stars as Sky Sports Golf re-visits some classic events of yesteryear.

Having already received live insight from Thomas Bjorn on the 2018 Ryder Cup, we have the likes of Rory McIlroy, Ian Poulter, Jon Rahm, Georgia Hall and Danny Willett all on board to give their view on their famous victories.
From Thursday to Sunday there will be a continued celebration of all things The Masters, each day with a full final-day repeat from previous years:

On Easter Monday there will be a full replay of the 2018 Women’s British Open won by Georgia Hall, preceded by a review of 2018 ‘Hall or nothing: Georgia’s Story.’ Moving forward, Mondays will be a time dedicated to women’s golf, including some classic Solheim Cups. 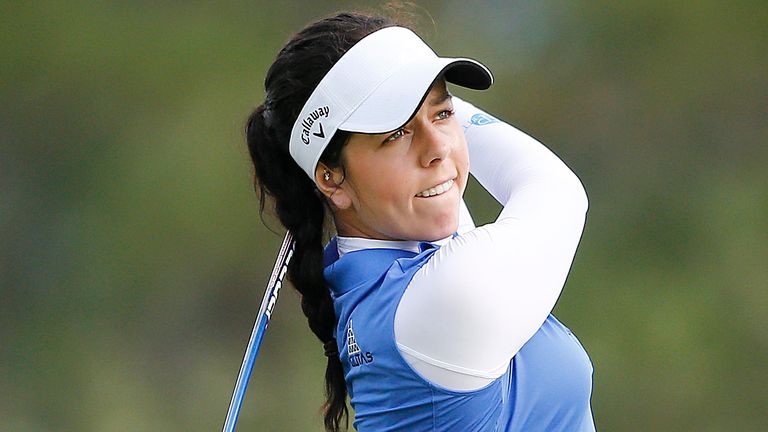 Also coming to Sky is a new documentary on 2019’s Masters winner Tiger Woods. The film, to premiere in May, will look back at the career of one of sport’s all-time greats who continues to be a dominant force today.

What’s more, you can listen to podcasts with Matt Fitzpatrick, Pablo Larrazabal, Mel Reid and Justin Rose, as well as view a range of videos on the Sky Sports YouTube channel such as ‘Best Shots of 2019,’ ‘Sky Sports Golf Studio Fails,’ ‘Best Masters Shots Ever’ and ‘Masters Mishaps.’

Jenson Button, Nico Rosberg, Martin Brundle and the rest of the Sky Sports F1 team will continue to offer their thoughts in a Vodcast every weekday on the Sky Sports F1 YouTube channel hosted by Simon Lazenby. The team will be joined by many of the top drivers as well as key figures off the track including F1’s Ross Brawn and McLaren Team Principal Zak Brown, as they discuss the latest happenings from around the sport.

More F1 content comes in the form of ‘At Home with Sky F1’ where each member of the team will go through their favourite features from the extensive Sky Sports F1 archive. Again, available on the Sky Sports F1 YouTube channel. Easter weekend will be filled with wall-to-wall Netball content. Saturday on Sky Sports Mix brings classic contests from the Netball Superleague to the fore, while on Easter Sunday on Sky Sports Arena viewers can enjoy a full rerun of the 2020 Netball Nations Cup between England, South Africa, New Zealand and Jamaica.

Weekly netball round-up show ‘Off the Court’ will continue on the Sky Sports YouTube channel, as Caroline Barker and Tamsin Greenway discuss the main topics of the day. Previous guests include Tracey Neville, with the likes of Manchester Thunder’s Karen Greig set to appear in future shows. Also on the same platform is a brand new interview feature called ‘Check in’ which features chats with prominent athletes. British tennis star Jo Konta has already joined the show, discussing Wimbledon, maintaining training in lockdown and how she enjoyed Celebrity Bake Off. This week it’s the turn of GB Hockey star Maddie Hinch.

Upcoming boxing coverage on Sky Sports includes classic fights from the Matchroom archive of the early ’90s, including legendary fighters such as Nigel Benn and Chris Eubank.

Saturday 18th April sees ‘Pound 4 Pound’ day on Sky Sports Action as highlights of Katie Taylor and Claressa Shields fights will feature throughout the day on the channel. We’ll also have ‘Usyk Bellew: A Glimpse at Greatness’ – a brand new documentary on one of last year’s biggest fights as the Ukrainian retained his world titles.

Also coming to Sky Sports is ‘Fighting Fit’ – this new fitness show, developed alongside our partners at Matchroom, will allow families to keep fit and healthy with an innovative, interactive and fun daily workout in the company of celebrities. The workouts have been constructed by respected strength and conditioning coach Dan Lawrence and personal training guru Bradley Simmonds.

An array of talent will take on the workouts, with YouTube sensations Joe Weller and ‘Behzinga’, singer and songwriter Sinead Harnett, professional footballer Adebayo ‘The Beast’ Akinfenwa, Olympic gold medallists Sam Quek and Luke Campbell some of those to feature.

Fighting Fit launches on Monday 13th April at 8am on Sky Sports Mix and Sky Sports Main Event. The box set is already available via Sky Sports On Demand.