England 69 Tonga 3: Jones' men turn on style with ELEVEN tries in crushing win as May, Youngs & George score twice each

BEN YOUNGS, Jonny May and Jamie George went over twice each as England thumped Tonga at Twickenham with ELEVEN tries.

The Leicester Tigers scrum-half, Gloucester winger and Saracens hooker helped the Red Rose turn on the style in their change red strip. 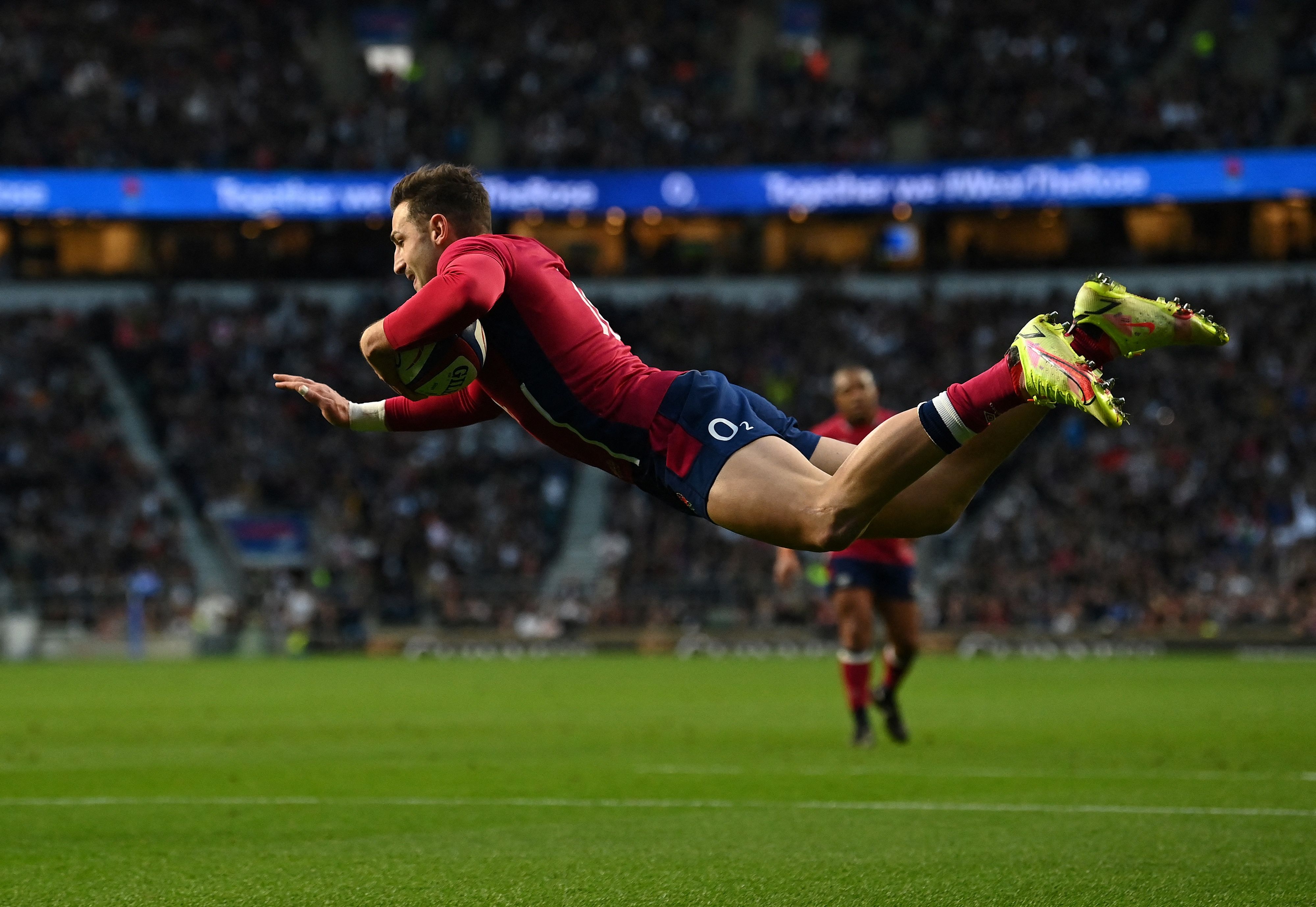 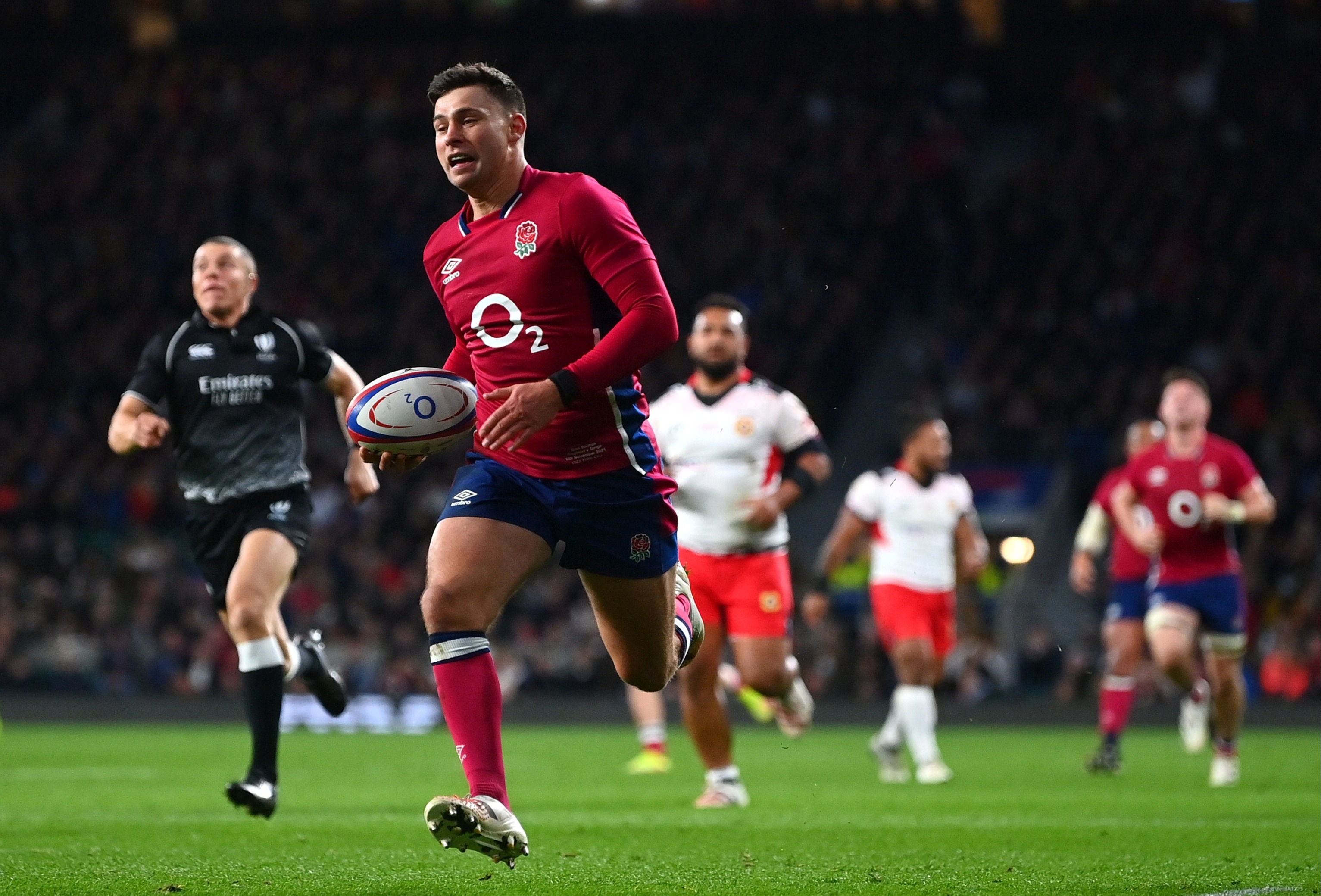 Courtney Lawes helped ensure England did not concede any tries with a stunning piece of defending to deny Telusa Veainu their only five-pointer during the first half.

And Tonga's Viliami Fine got himself sent off for throwing his shoulder into super-sub Smith as he lost his cool. 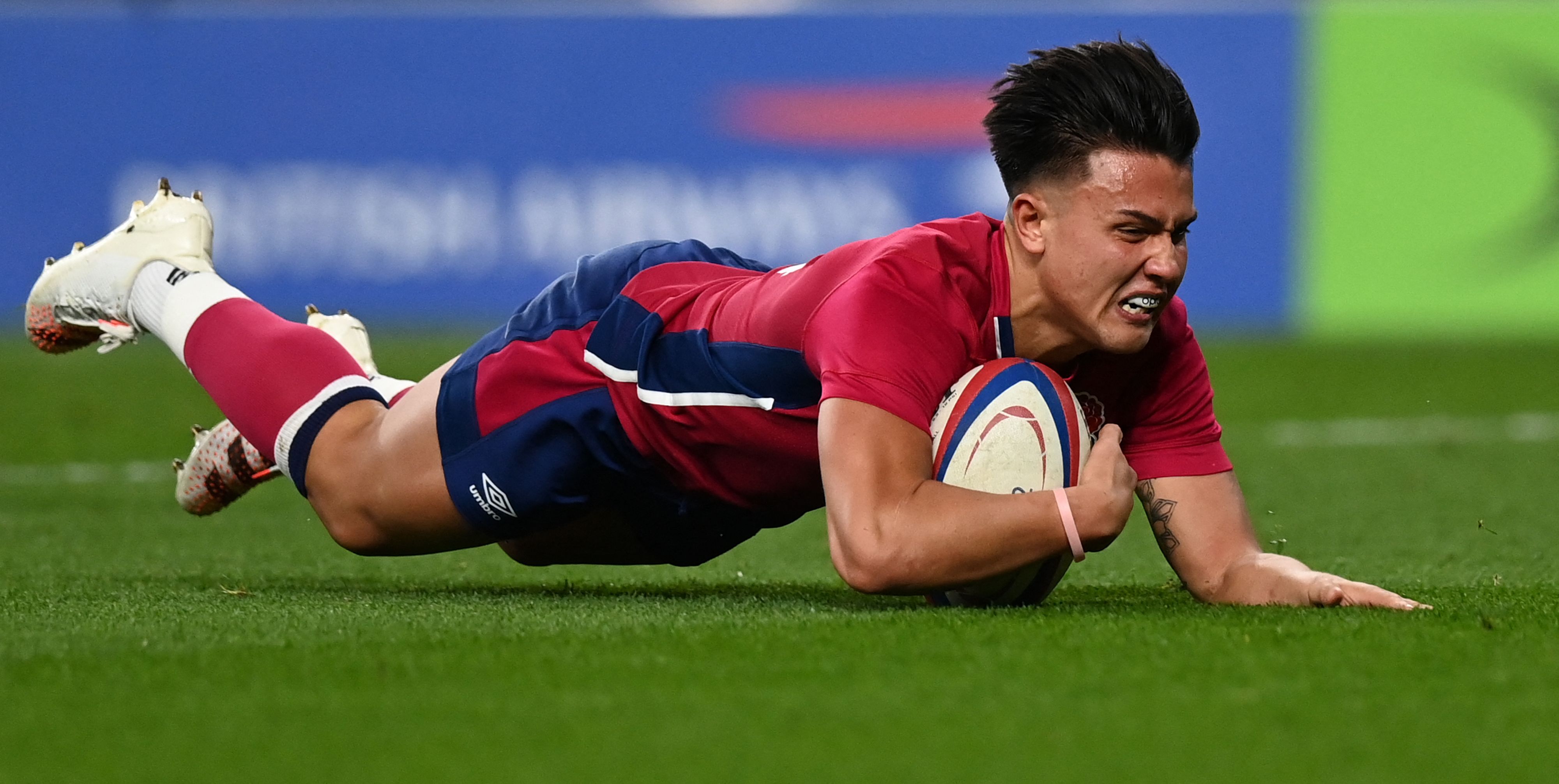 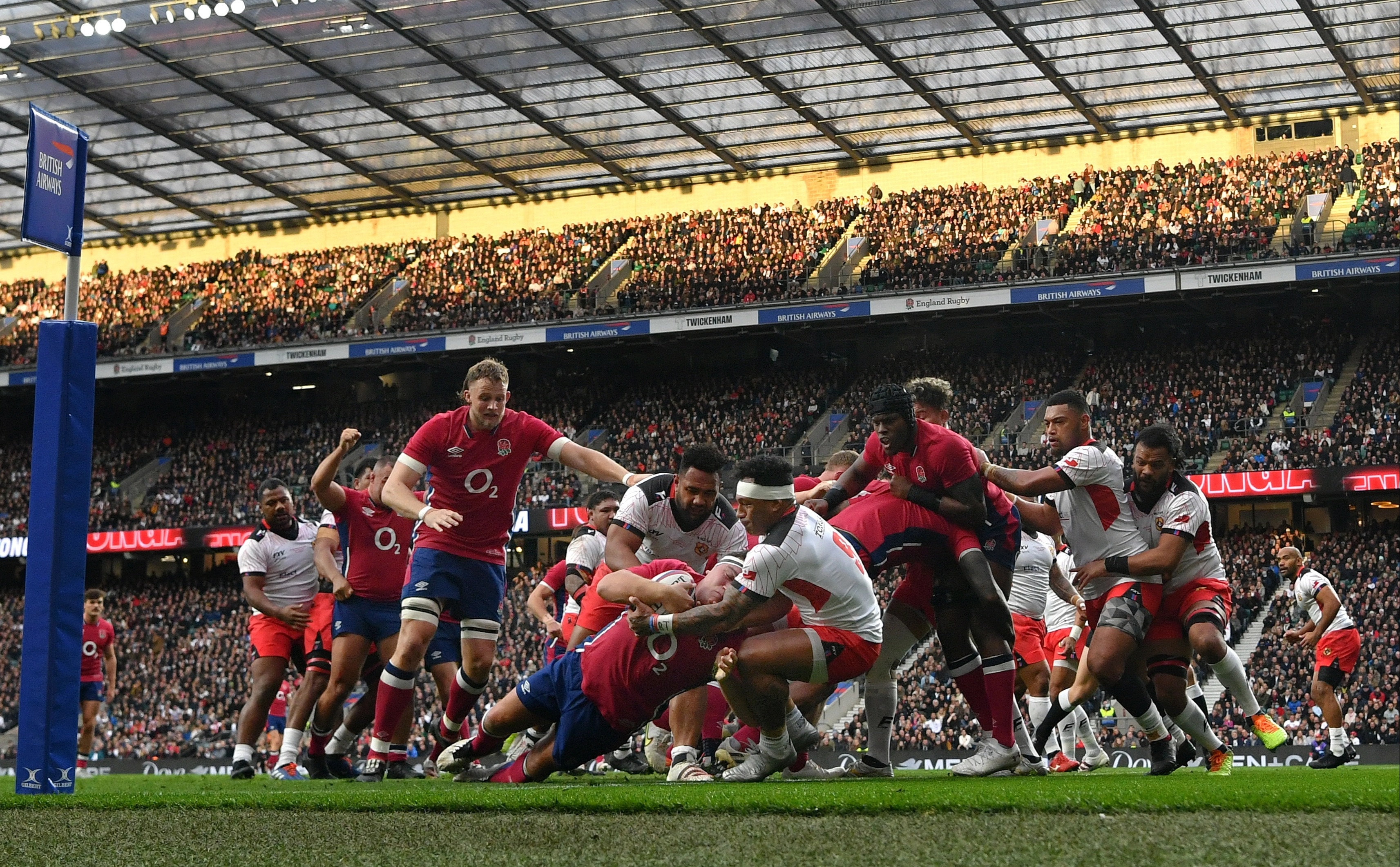