Brian Mitchell, a former All-Pro kick returner, was among the Washington Football Team onlookers who were upset with the outcome of their game against the Dallas Cowboys on Sunday night.

Mitchell said on NBC Sports Washington after the game there was more fight coming from the team bench than there was out on the field. 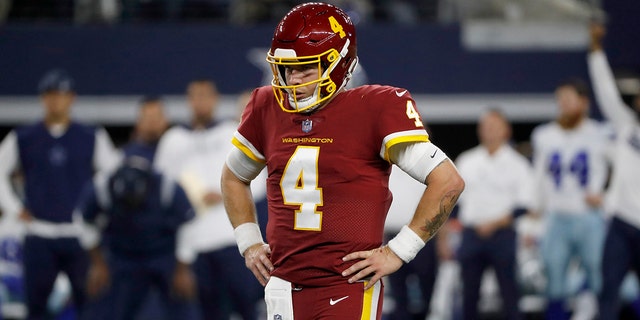 Washington Football Team quarterback Taylor Heinicke (4) stands on the field between plays in the second half of an NFL football game against the Dallas Cowboys in Arlington, Texas, Sunday, Dec. 26, 2021.
(AP Photo/Roger Steinman) 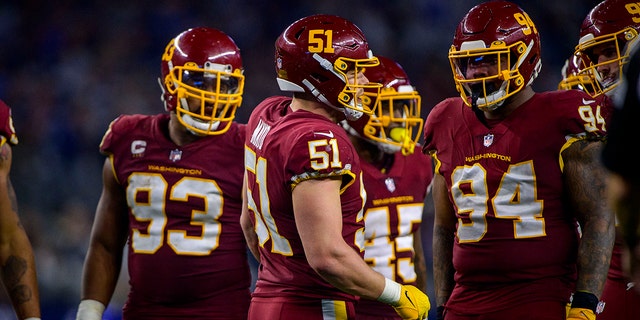 Dallas beat Washington, 56-14. The game saw barely any offense from Washington and a fight on the sideline between teammates Jonathan Allen and Daron Payne.

Rivera said he talked to both players after the game. He said it appeared that the team’s recent struggles could’ve played a part in the brouhaha. 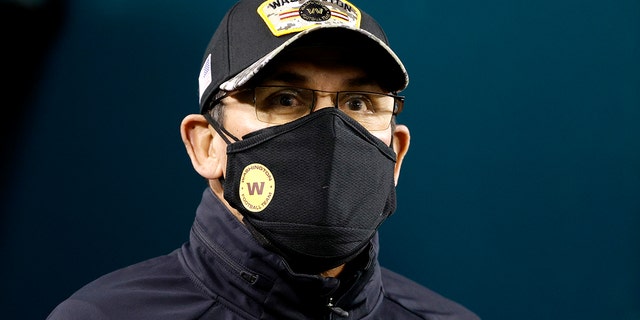 Head coach Ron Rivera of the Washington Football Team looks on during pregame warm-ups prior to a game against the Philadelphia Eagles at Lincoln Financial Field on December 21, 2021 in Philadelphia, Pennsylvania.
(Tim Nwachukwu/Getty Images)

“Yeah, frustration. Wanting to win. Having an opportunity for the last few weeks and not being able to get it done,” Rivera said. “Not being able to have all the pieces in place that you need to go out there and play together. That’s what that is. It’s guys wanting to compete, wanting to win more than anything else.”

Rivera added it will be important to see how the team bounces back after the loss.

“Well, more so than anything else, we’ve got to games left to play, and we’re going to play them to win. That’s just the way it is,” Rivera said when asked what his message was to the team.

“I told them, I said, ‘If you play this game long enough, you’re going to get beat like this. It happens. How you respond to it, how you bounce back, how you play, that tells more about who you are than anything else.'”