Home » Sport » Fans are passionate, but Brighton supporters booing their team and Grealish getting abuse on Villa return is a bit weird

IT’S a funny old feeling being booed by thousands of ­people.

Sometimes you expect it, occasionally you might even deserve it — but often it can take you completely by surprise. 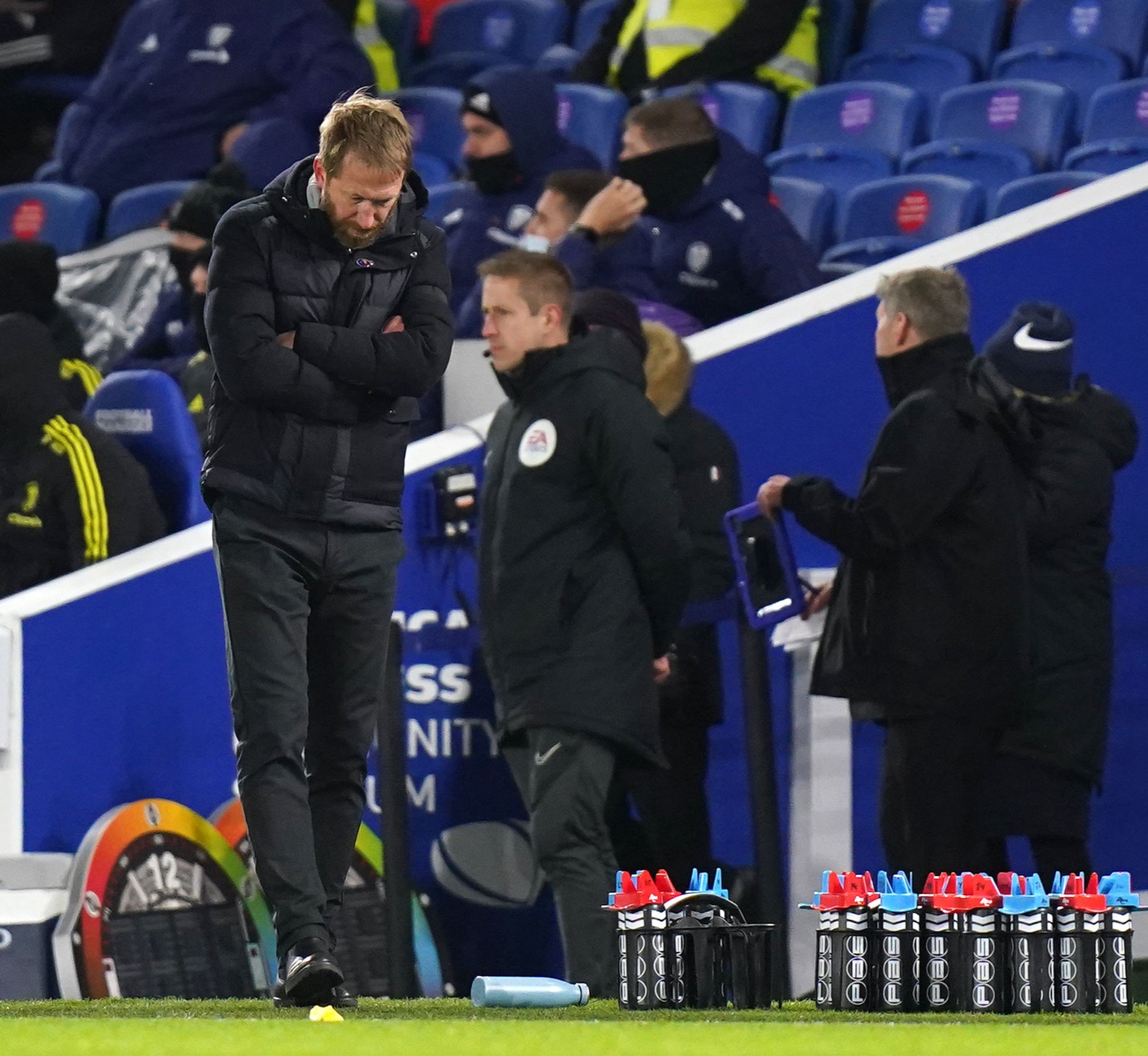 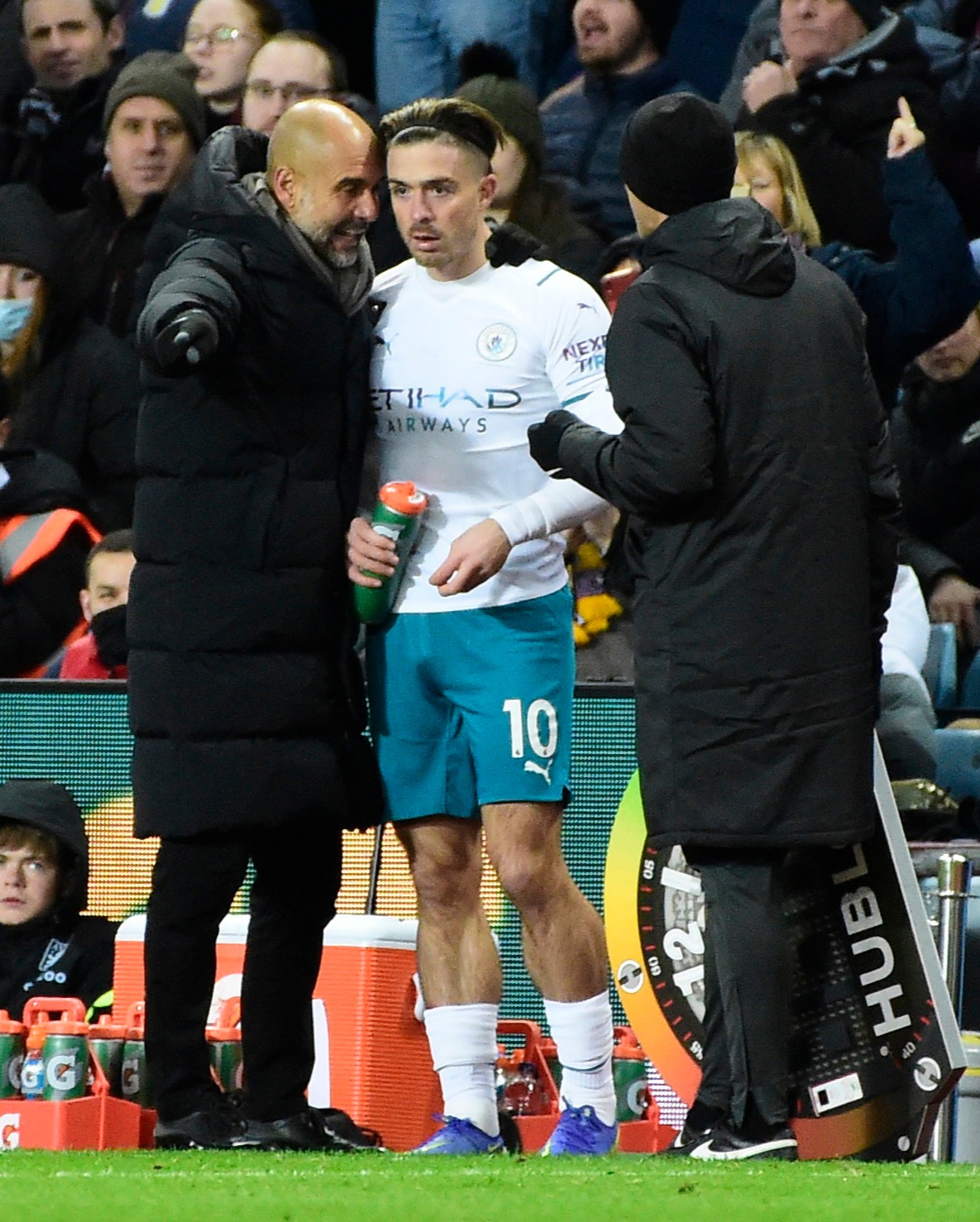 I’m sure it must have been a shock for Brighton’s players when they were booed off the pitch last weekend after a home draw with Leeds, despite sitting eighth in the Premier League.

Likewise, it was weird to hear large sections of Aston Villa supporters booing Jack Grealish when he applauded them as he returned to the club with Manchester City on Wednesday.

I understand that following football is a passionate business and people aren’t always at their most rational when they go to a match — it’s a chance to vent frustrations at the ref, at the opposition and sometimes your own team.

But Brighton are enjoying one of the most successful periods in their history. While Grealish was a god at Villa Park six months ago, he is an academy graduate and Villa fan who earned the club £100million and now he’s given dog’s abuse.

Nothing should surprise us as pros.

We were booed off a few times at Watford — and usually it was when the crowd had turned on a manager. A club’s support base is always more likely to turn on a manager before they get at their entire team. 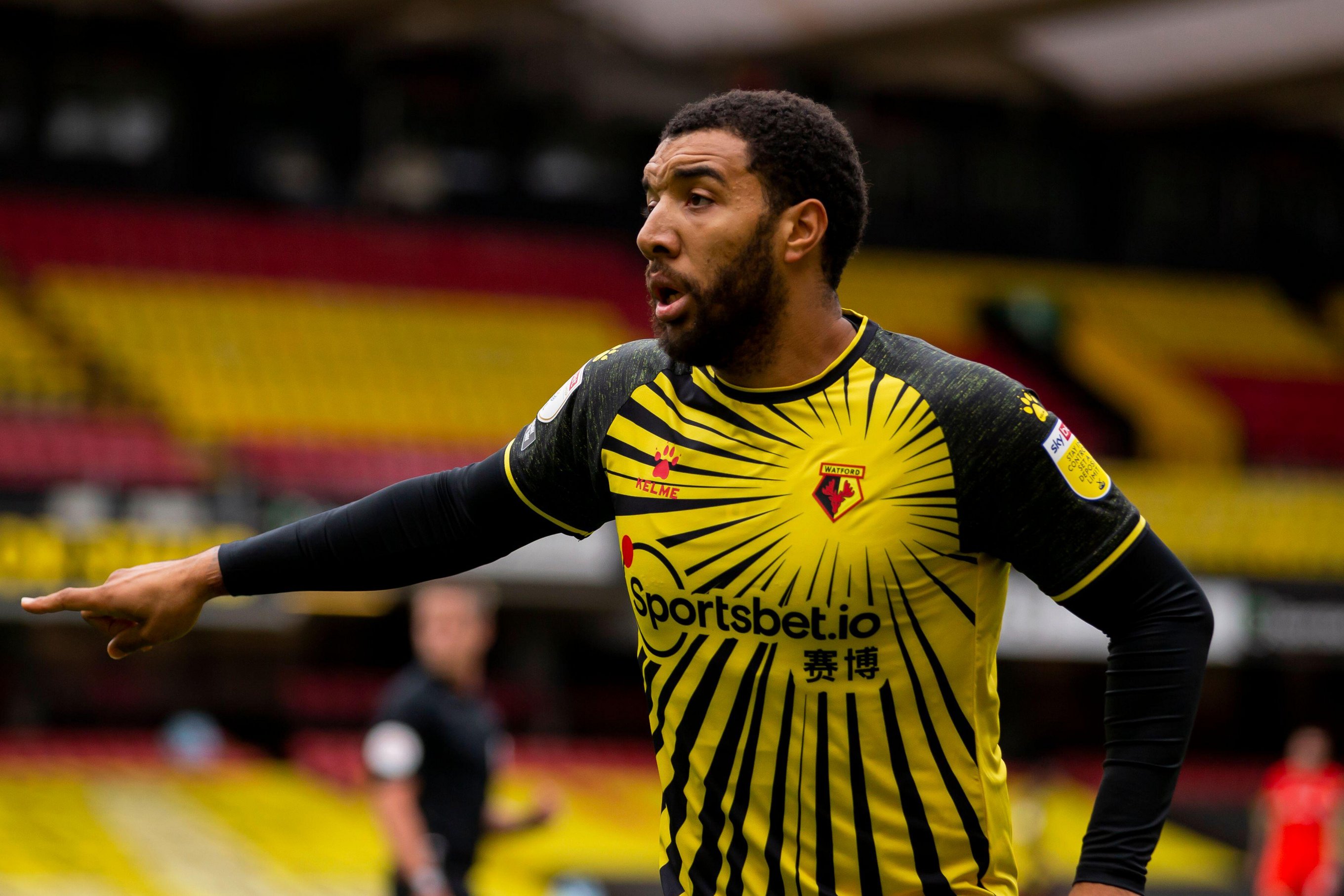 And in those cases, the players often feel the same frustrations that the fans do. If things are going wrong for a manager, we will probably be only too aware.

But there was one occasion at Watford when we were properly booed off at half-time — we’d lacked inspiration but it was still 0-0, just a tight game.

We were shocked by that, we ended up winning and were cheered off and applauded at the final whistle.

But in the dressing room afterwards I remember some of the lads saying, ‘They can stick their applause, they can keep their cheers, what was all that booing about at half-time?’.

I don’t think teams, or individual players, ever use booing or abuse from their own supporters as positive motivation.

You might enjoy a bit of stick from the opposition, as it usually means you are doing something right, but negativity from your own fans is only ever likely to drag you down. 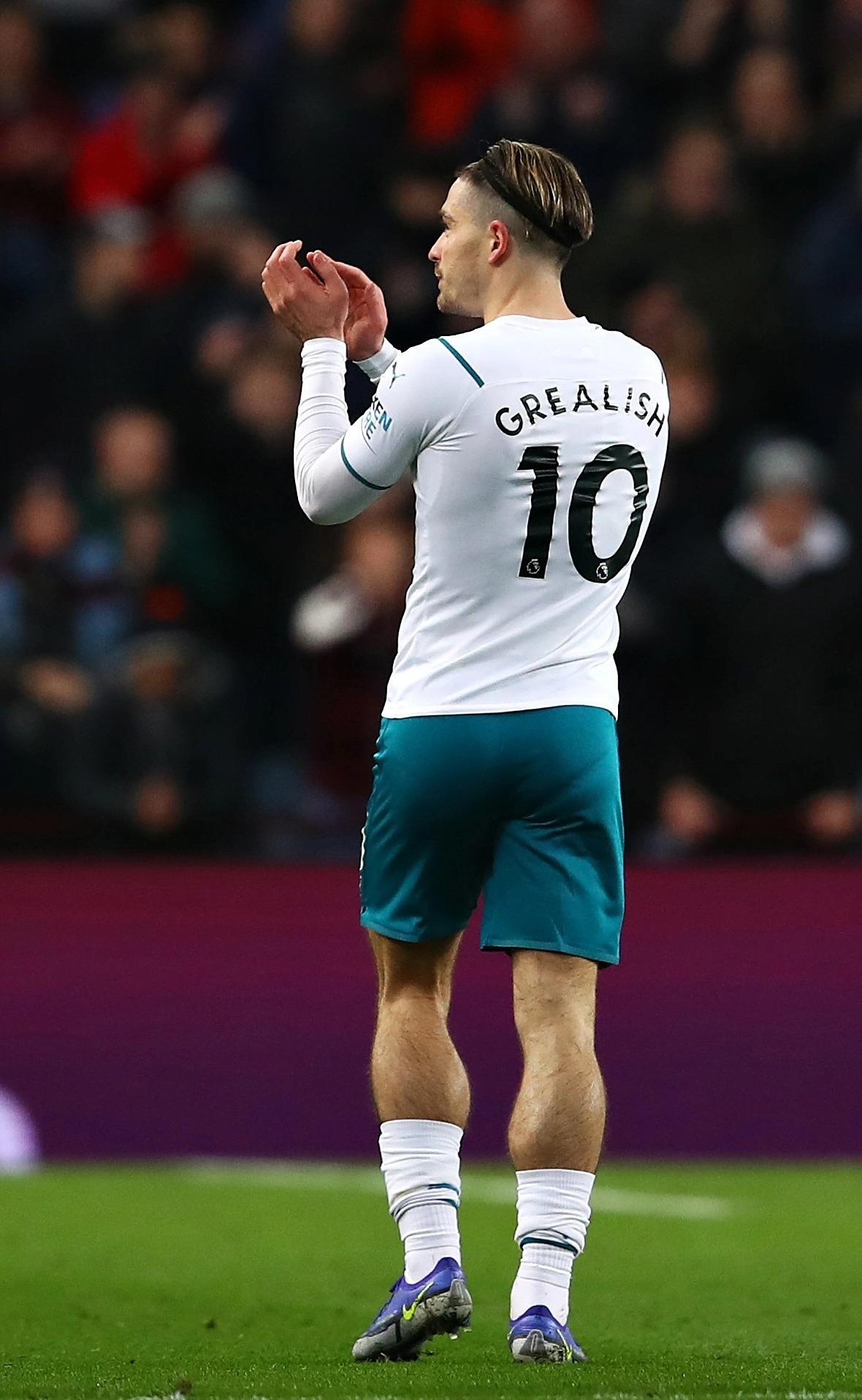 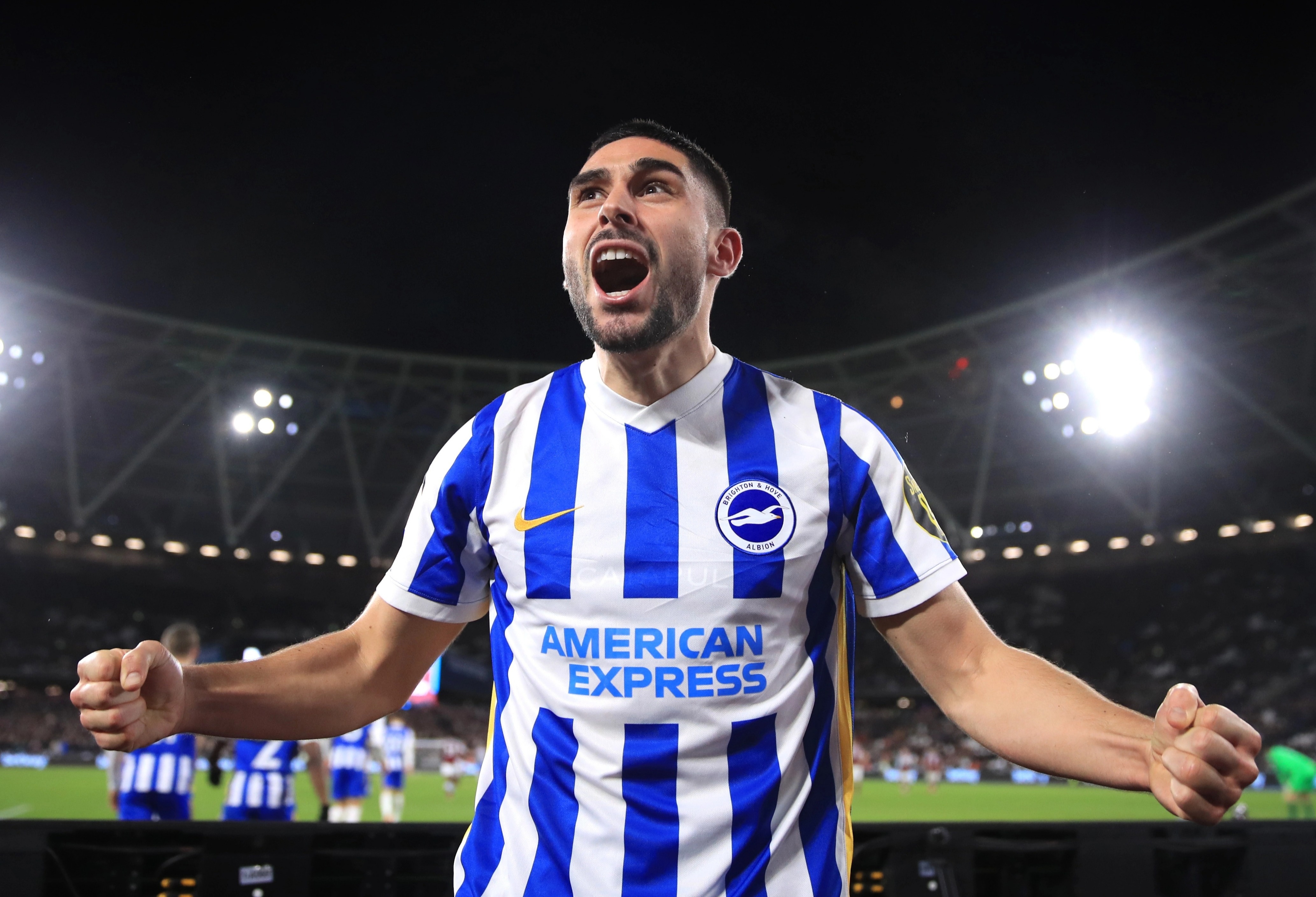 Occasionally you get an audible bit of individual stick from a fan.

The one that I’ve had a few times is ‘Sort it out, Deeney!’ Maybe that comes from being the captain but there are times when you think, ‘What do you want me to do, pass to myself?’.

The other week I was coming off the bench for Birmingham and we were 3-0 down at home to Nottingham Forest and I copped an earful from a fan, who yelled out ‘Come on, Deeney, sort it, score us four!’.

I mean, I’m all in favour of optimism, but there were only 20 minutes to go.

Back to Brighton, it’s a weird one. I have huge admiration for the way the club is run and great respect for Graham Potter, a man I’d never really heard of before he pitched up as Swansea manager. He has done a really good job at both clubs.

Brighton are a team I wouldn’t fancy playing against but neither are they a team I’d go out of my way to turn on the television and watch. 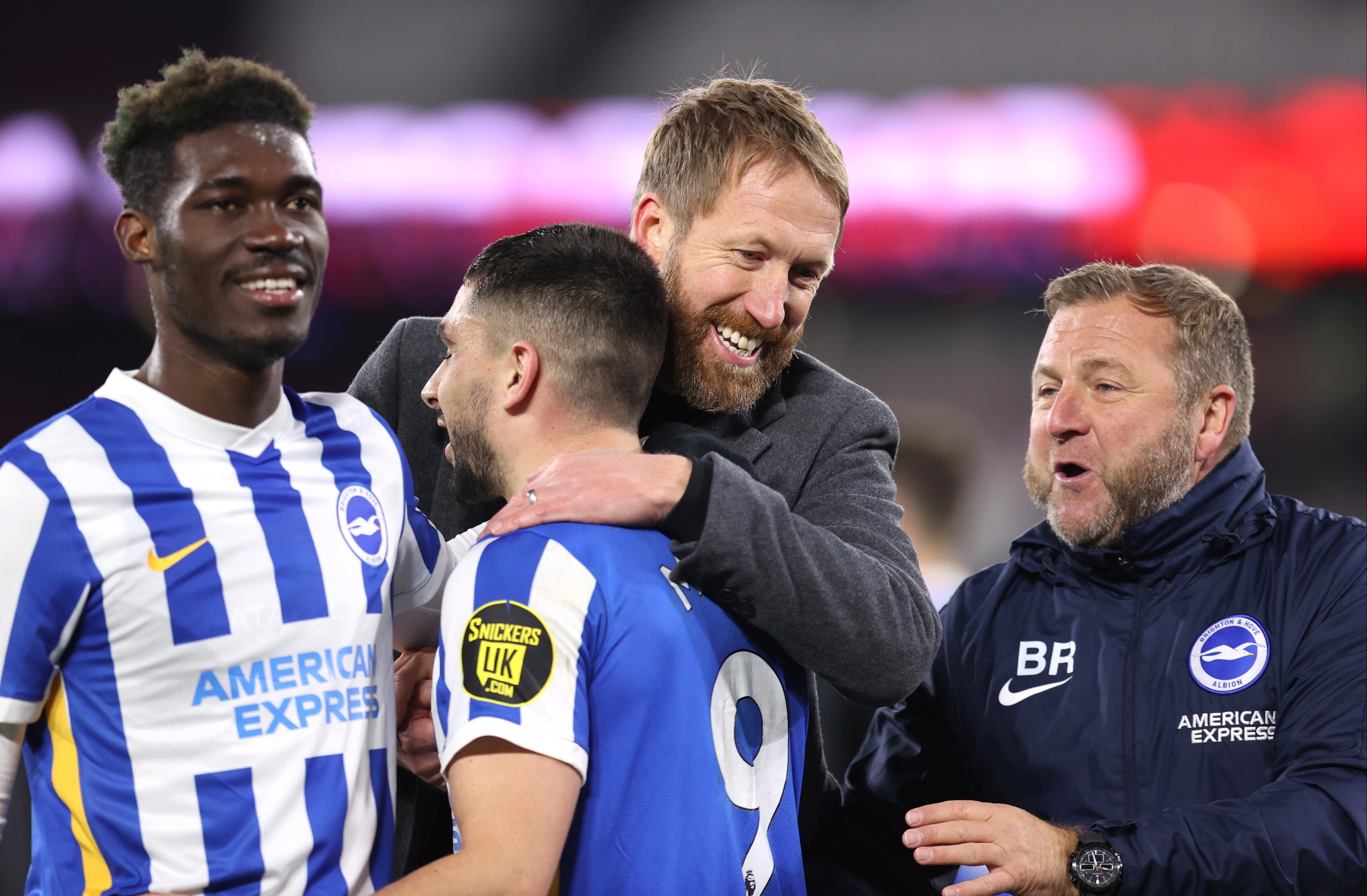 They are in the top half of the table but only two Premier League teams have scored fewer goals. They don’t truly excite you, you never expect them to go out and win 4-0.

But then they aren’t shelling out £40m  transfer fees and unless you are doing that, you need to keep things tight and well- ­structured if you are going to punch above your weight in the Premier League.

I admired Potter last season, when Brighton were having a poor run of results and were in relegation danger. He stuck to his principles and was adamant that he wasn’t going to change his style of play.

They stayed up and  started the current season brilliantly.

But supporters will always demand improvement. If you’re a smaller club in the Premier League — as Brighton are and as we were when I was at Watford — you might have a decent ­season, finish 12th, sign a few players and people will expect you to finish eighth.

As long as the stick you get isn’t personal and spiteful, I understand it’s an occupational hazard as a professional footballer.

Without actually considering that every other club will probably believe they have strengthened over the summer, too.

Listen, I know we are living in angry and impatient times.

And football fans have never been a patient breed — I remember Charlton fans becoming bored of Alan Curbishley’s management when they were in the top half of the Premier League and now they are in the bottom half of League One.

So as long as the stick you get isn’t personal and spiteful, I understand that it’s just an occupational hazard as a well-paid professional footballer.

As long as you, as fans, can understand that booing your own team never actually helps.