KIERAN TRIPPIER has been blasted by fans for his Ajax horror show.

Tottenham's right-back failed to block Matthijs de Ligt during a corner for the hosts' first and was miles out of position for their Hakim Ziyech's second. 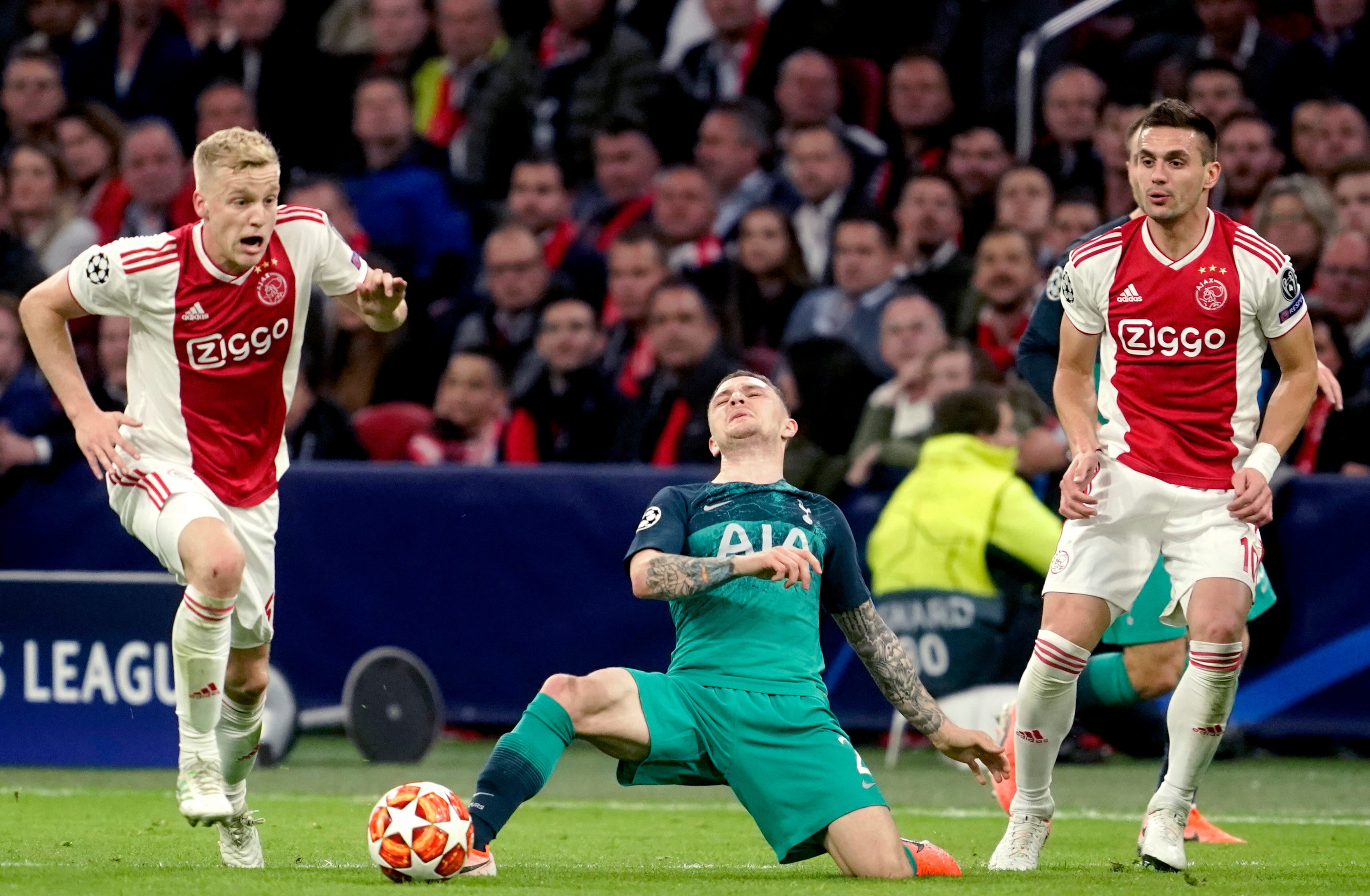 Dusan Tadic appeared to catch Trippier with a high boot before Ajax's second but fans were furious he was unable to get back into a defensive position.

The two first-half goals meant Spurs were three goals down and staring at a Champions League exit – before amazingly scoring two themselves after the break.

One said: "It isn't about tonight, it isn't a knee jerk reaction, but I hope after this game I never have to see Trippier or Wanyama in a Spurs shirt again. Car crashes waiting to happen every single time."

Another said: "For those wondering who else instead of Trippier….. 1)The kit man. 2)The canteen lady 3)The bus driver. 4)Poch. 5)pochs wife. 6)The goldfish in Pochs office."

One fan raged: "If Trippier walks onto that pitch for the second half I will two foot my TV."

Napoli have been linked with a summer transfer for Trippier, who scored a stunning free-kick in the World Cup semi-final defeat to Croatia.

His wife Charlotte has reportedly been scouting out both houses and schools ahead of a potential move.

"He’s even better than what Maicon or Cafu were defensively."

One Spurs fan added: "The quicker Trippier f***s off to Napoli the better."