McCain, whose father Donald also trained National winner Ballabriggs, was riding in her first ever race on Friday night at Carlisle.

The 16-year-old finished secondary school last month and secured her first win as a jockey when guiding 7-1 shot Dark Confidant to victory. 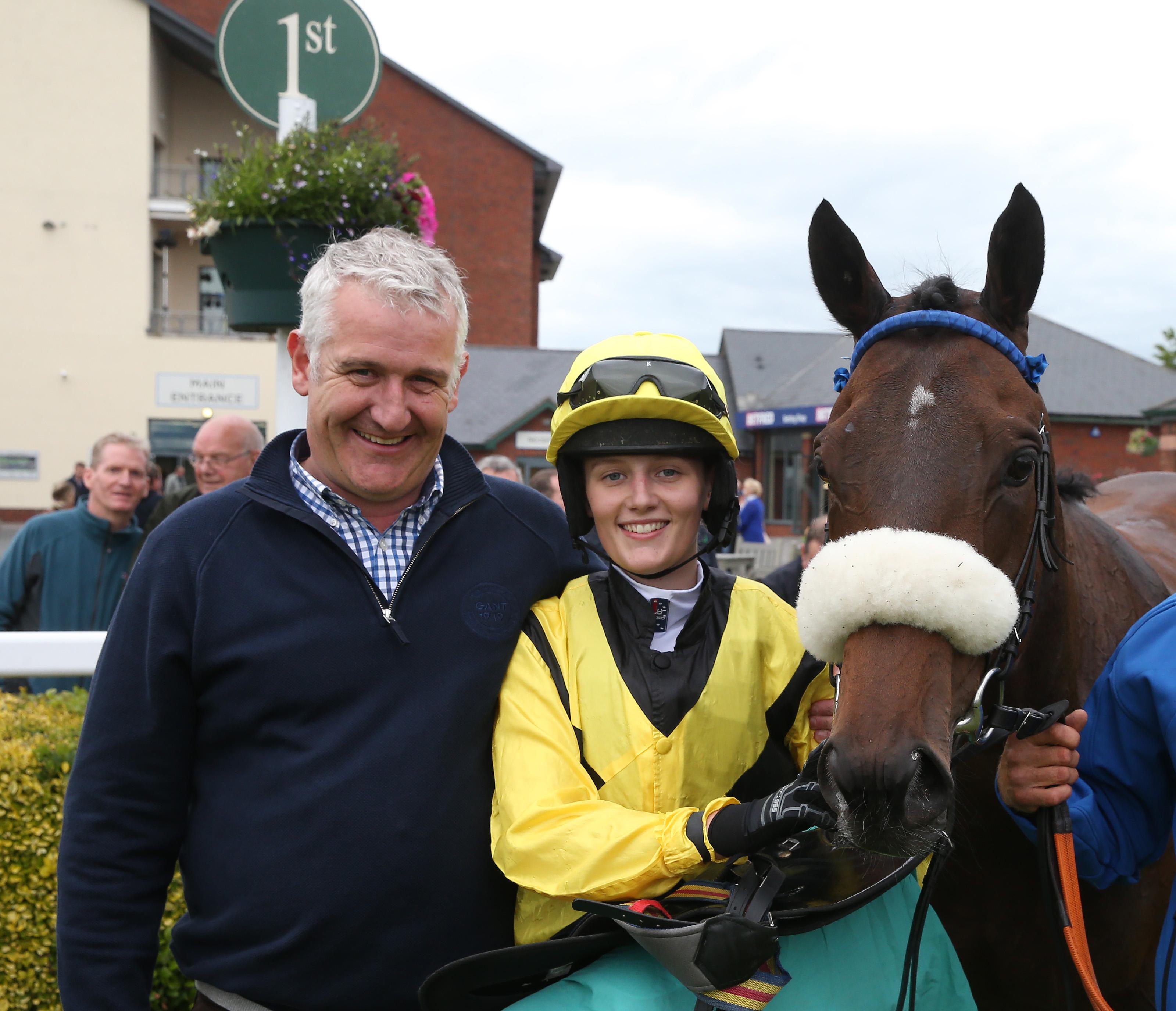 Now she has her sights set on winning the Jockey Club Racecourses North West Development Award, which gives £20,000 to female jockeys to help further their careers.

To take the award a jockey must win one of the races at Carlisle on #AmazingMonday – the UK’s only all female jockey card of races – on August 7th and then go on to win the Betfred Ladies’ Trophy Handicap Stakes at Haydock Park on August 12.

Ella told The Jockey Club: “It was brilliant, it doesn’t get much better than this, winning your first race. I’ve just done my GCSEs and this was far more enjoyable!

“I was OK as far as nerves go right up until the moment I got in the car to come here and then the butterflies started.

“I’ve ridden him (Dark Confidant) for a few days at home as we’ve only just got him but he’s a really nice horse. It was his first time at this distance but I knew he would stay on.

“How will I celebrate? I think I’ll go to bed! Next up, I am looking at Catterick on Wednesday and a ride on Tawseef who is another horse I’ve ridden at home.

“Hopefully I can come back here (Carlisle) and get a ride at Amazing Monday, with dad or anyone who will give me a chance.”