TEMPLEGATE goes in search of some winners on Saturday as all roads lead to Royal Ascot in a month's time.

Read on for our man's tips and his complete breakdown of every ITV race – and back a horse by clicking their odds. Good luck!

He shaped well when a close third at Newbury last time returning from eight months off. This trip is ideal and he handles any ground.

He keeps improving and took another step up when winning the Queen’s Prize at Kempton in March. He has winning form here and a 3lb rise in the weights is fair.

This speedster showed a touch of class when winning an Ascot Group 3 on comeback last month. That was over this trip and he can build on that. 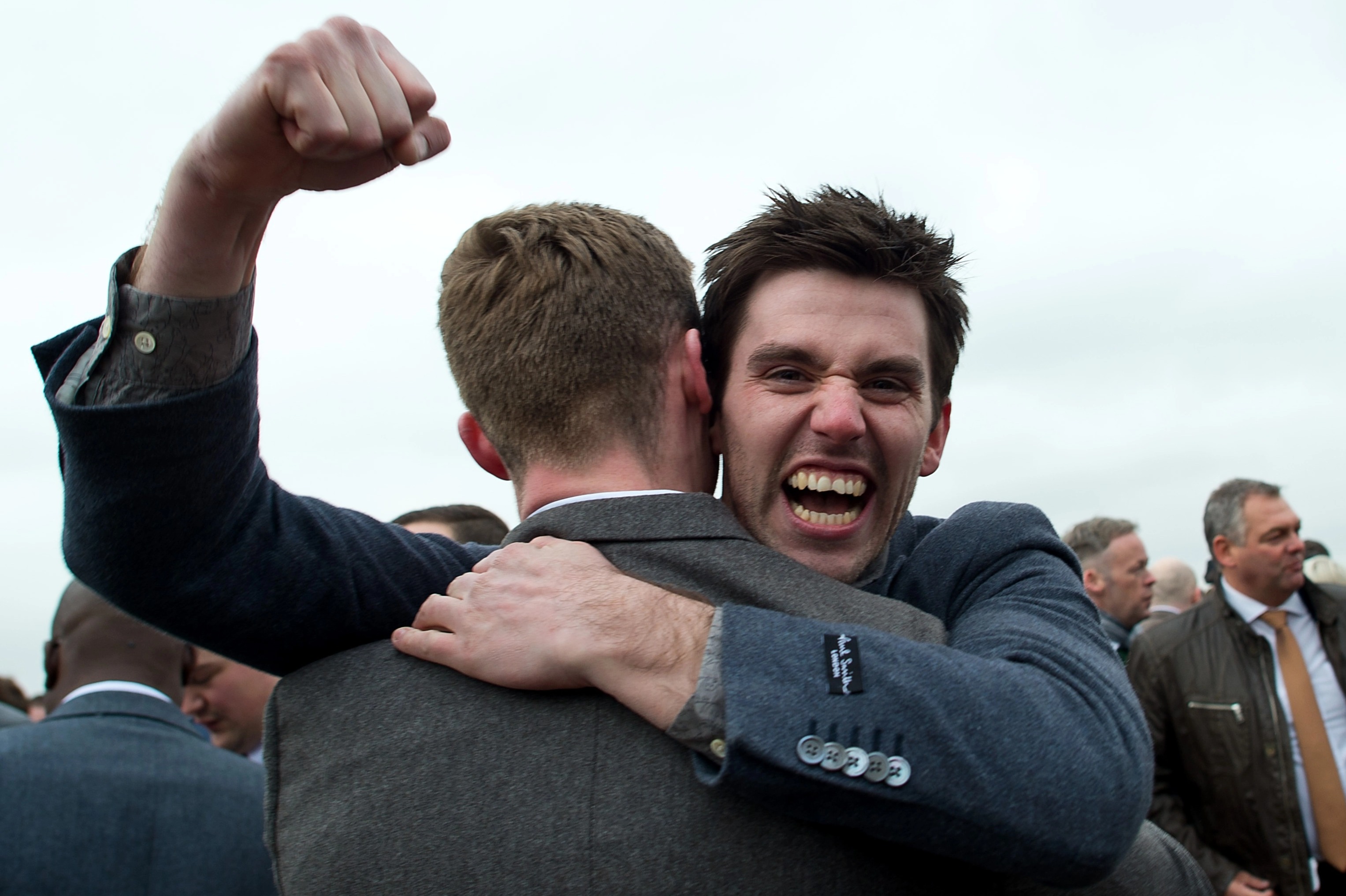 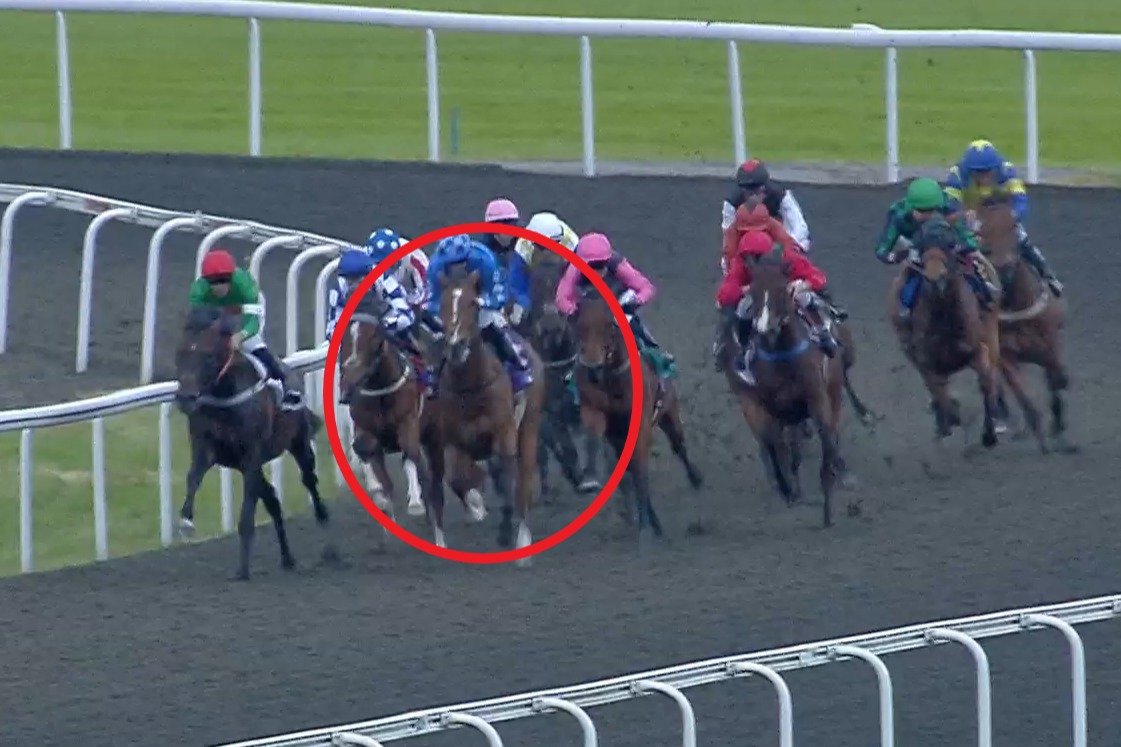 Betfair – Max £/€20 refund on first bet. Bet must be placed in first 7 days of account opening. Only deposits made via Debit Card will be eligible for the promotion. T&Cs apply. 18+ BeGambleAware.Org

BOSH shaped well when a close third at Newbury last time returning from eight months off. This trip is ideal and he handles any ground.

Evocative Spark is in fine form and could defy a 12lb rise for sauntering home at Beverley latest.

Aloitabi won on debut last year and returned with a neck second at Goodwood.

He didn’t get the clearest of runs there so was a bit unlucky. He looks on a fair weight for Team Gosden.

Gisburn was last seen winning at Newbury in October. Rain would help his chances as soft ground is ideal.

My Dubawi is going well on the all-weather but has yet to win on turf.

River Pride shaped well over 6f at Newmarket and likes this trip too so may figure.

VICTORY CHIME goes well at this tricky track as he showed when taking another Listed contest here in September. He didn’t enjoy a trip to Bahrain after but goes well fresh and likes this trip.

Stormy Antarctic’s last win was this race 12 months ago and he’s respected on comeback.

Majestic Dawn will be fitter for a spin around Chester and stays well. He needs to settle better than he did on the Roodee and will be a threat if he does.

West End Charmer raced just once last season and it was a good effort behind Victory Chime. He may try to nick this from the front and is respected.

Movin Time can improve on his comeback effort at Newmarket.

JAWWAAL looked very rusty on comeback here nine days ago when not given a hard time by his rider. He should be much fitter for that and went close here in September from a higher mark in a hotter race.

Look Out Louis battled well to score at Chester earlier this month and will be a threat again from just 4lb higher.

Atalis Bay tanked along at Newmarket 21 days ago before the lack of a recent run told late on. He will come on for that effort and is a Listed winner so has a touch of quality.

Alligator Alley was a good fourth here last week and won a Listed race here in 2019. He wouldn’t want the ground any softer but must be a contender.

Copper Knight has not got going this year but is another who likes this track.

URBAN ARTIST was a good second in this race 12 months ago and can go one better. She was returning from a break then too so her 220 days off the track isn’t a worry and trainer Hughie Morrison is in good form.

Believe In Love wasn’t disgraced in the Ormonde Stakes at Chester and stays well. She was second in a French Group 1 last season so has a touch of class.

Silence Please was a decent third in a Goodwood Listed race on return last month and may be fitter for it. She stays well and handles any ground.

Mighty Blue is respected coming over from Ireland and is a proper stayer. She’s fit from a solid effort at Gowran and should be in the mix again.

WOTS THE WIFI CODE has been running well over 1m2f and hints that this longer trip will be fine. He has gone close twice at Ripon since winning on comeback at Donny. Solid claimer Jonny Peate takes off 7lb for good measure.

Gustav Holst almost came down when travelling well enough at Newbury and is value for better than his sixth in that big field. He is proven over this distance and went close off this mark at Windsor last month.

Carlos Felix keeps hitting the crossbar on the all-weather and is sure to run well switched to turf.

Colinton is consistent at this level and has every chance of making the frame after another good run at Newcastle 11 days ago.

Eye Knee won over this distance last season and will be a threat if fit on return.

BANDINELLI keeps improving and took another step up when winning the Queen’s Prize at Kempton in March. He has winning form here and a 3lb rise in the weights is fair.

Goobinator was fourth in the Cesarewitch off this mark and likes Haydock. He’s a big danger.

Miranda is a handy hurdler who showed some promise on the level. He could be ahead of the handicapper.

Alright Sunshine ran a belter when third at Musselburgh last time. He finished strongly after being blocked and warrants plenty of respect.

Valley Forge was a decent fifth on return at Newmarket when he ran out of steam. He’ll be fitter for that.

Just Hubert has place claims after a solid Ascot comeback.

MIGHTY ULYSSES looked a bit more than a handicapper when scooting in at Newmarket last week.

He has more to beat here but showed a sharp turn of pace without the excellent Benoit De La Sayette having to get serious.

This could be his first and last handicap run.

Whoputfiftyinyou struck nicely at Newbury last month and looks open to lots of improvement. A 5lb rise in the weights is fair and he should enjoy this longer trip.

Dirtyoldtown went close in decent company at Musselburgh and will try to nick this from the front.

He’s likely to get nabbed but could hold on for a place.

Spirit Catcher won that race and was a fair third at Newmarket since.

Outgate quickened nicely when winning at Chester and would have a chance if repeating that at this more conventional track.

That was over this trip and he can build on that.

El Caballo is a real battler and he showed lots of pace when winning on all-weather finals day at Newcastle.

He needs to back to that up returning to turf but will give his all again.

Flaming Rib came back to form when scoring over the minimum distance at Chester.

Trainer Hugo Palmer has made a decent start to the season and he’s fine with the extra furlong.

Wings Of War was no match for the tip at Ascot but looked rusty and could close some of the four-length gap.

Beauty Inspire comes over from Ireland having not run since his Group 3 success at The Curragh last July.

He’s entitled to need this but could figure if somewhere close to his best.

Caturra shaped well in France and has an each-way chance.

KING’S LYNN showed plenty of zip dropped back to this distance for a decent second at Chester 15 days ago.

She looked a bit rusty so should come on for that and the Queen’s speedster has winning form over this course and distance.

Winter Power landed the Group 1 Nunthorpe at York last season so is the class act in the field.

He won on comeback last season so his 230-day absence isn’t a problem and he’ll go very close.

Existent has been busy and went close in the Group 3 Palace House Stakes at Newmarket last time.

He likes to come late off a strong pace and he should get that here.

Came From The Dark is a real battler. He’s likely to find a couple too good but likes this trip and has run well here before.

Last Crusader looks the pick of the Karl Burke team after his York Listed win but this is a bit tougher.

Twilight Calls is a quality handicapper who didn’t look out of place when behind Existent in the Palace House but this is tougher.