FROM riding cows to becoming ‘Britain’s best jockey’ and the first since AP McCoy in 2013 to be nominated for BBC Sports Personality of the Year, Hollie Doyle’s rise has been incredible.

Racing’s golden girl has taken the sport by storm in recent years – and enjoyed a record-breaking 2020. 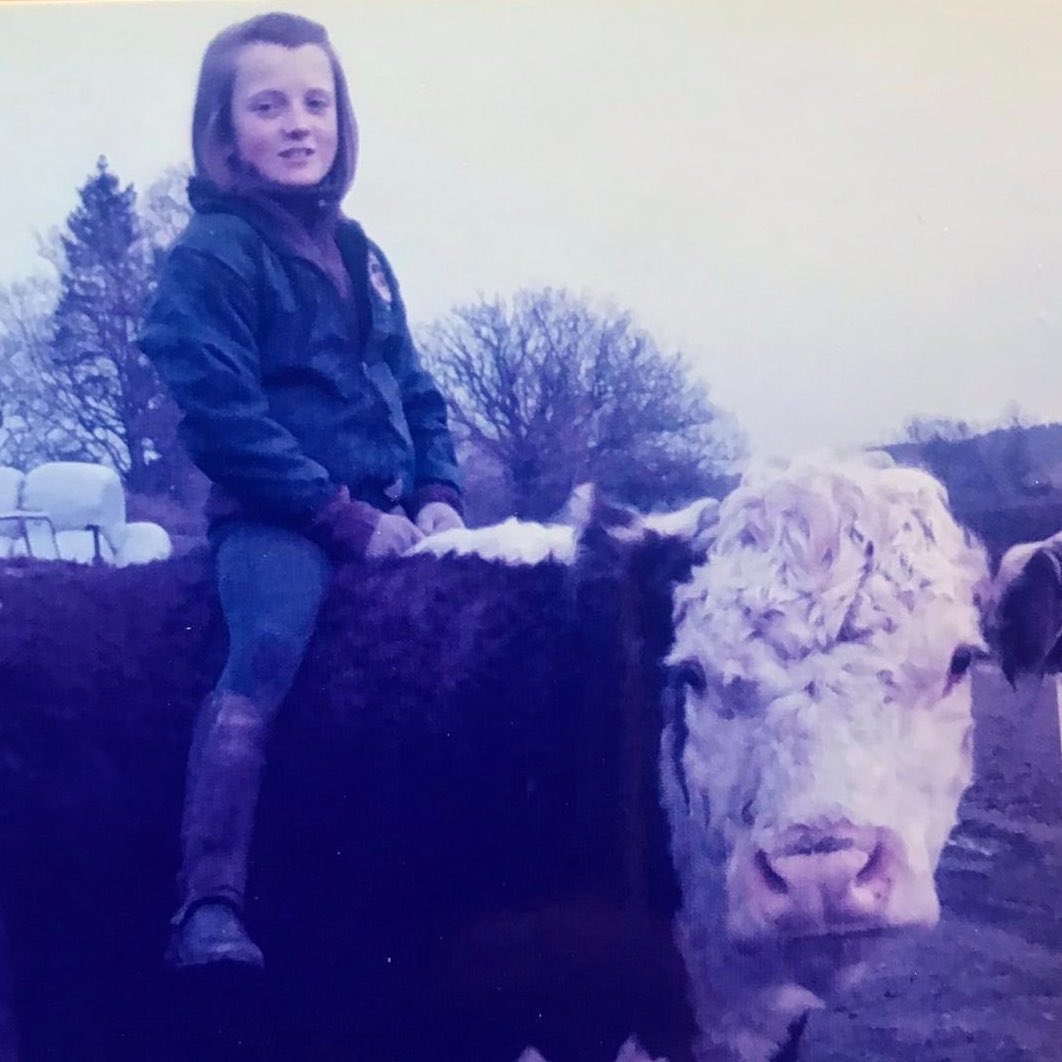 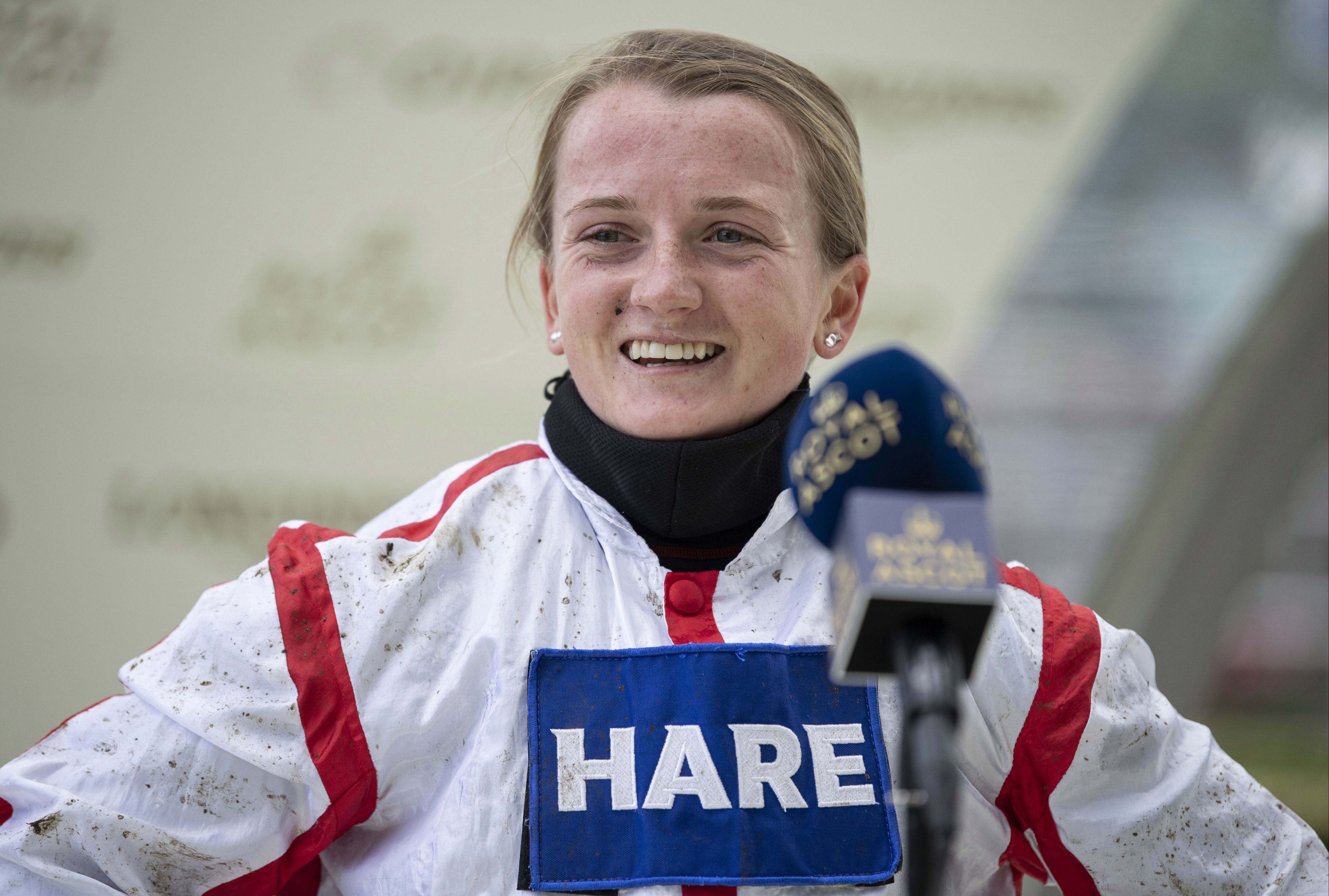 Now a SPOTY nominee, the 24-year-old has smashed record after record this season – and shows absolutely no signs of slowing down with the sport's riches on offer.

Incredibly, despite her rapid rise here, it was only as recently as last month that Doyle rode outside Europe for the first time – getting a call from master trainer Aidan O'Brien to race in America's Breeders' Cup.

Later in November she competed in the Bahrain International Trophy – a contest worth £500,000 where she took on the likes of Frankie Dettori.

And this month she will jet off to Hong Kong to race on the £600,000 Happy Valley card.

With a growing profile and record to match, it is no wonder the team behind Japanese star horse Deirdre – who Doyle rode in Bahrain – labelled her 'the best jockey in Britain right now'.

It is all a very far cry from her humble beginnings where she picked up the reins on ponies and farm animals.

But racing runs in the blood, her dad Mark was a jockey and mum Caroline was a regular on the Arab Racing circuit.

The family had a number of ponies and point-to-pointers and as soon as Doyle was walking she’d be on a horse too.

As the years passed she became one of the names to look out for on the pony circuit – where many of racing’s top jocks have cut their teeth.

A decade later and the pair are loved-up in their Hungerford household, winning big races for fun.

Dubbed racing’s power couple, the love birds have been in top form all summer long.

Both were in with a shot at becoming Champion Jockey this season, but Oisin Murphy and Will Buick were just too strong.

But Marquand, 22, still had a season to remember, winning his first Group 1 when pummeling the Aussies down under with Addeybb.

A few months later and the pair both had a memorable Royal Ascot as they landed their first ever Royal winners. 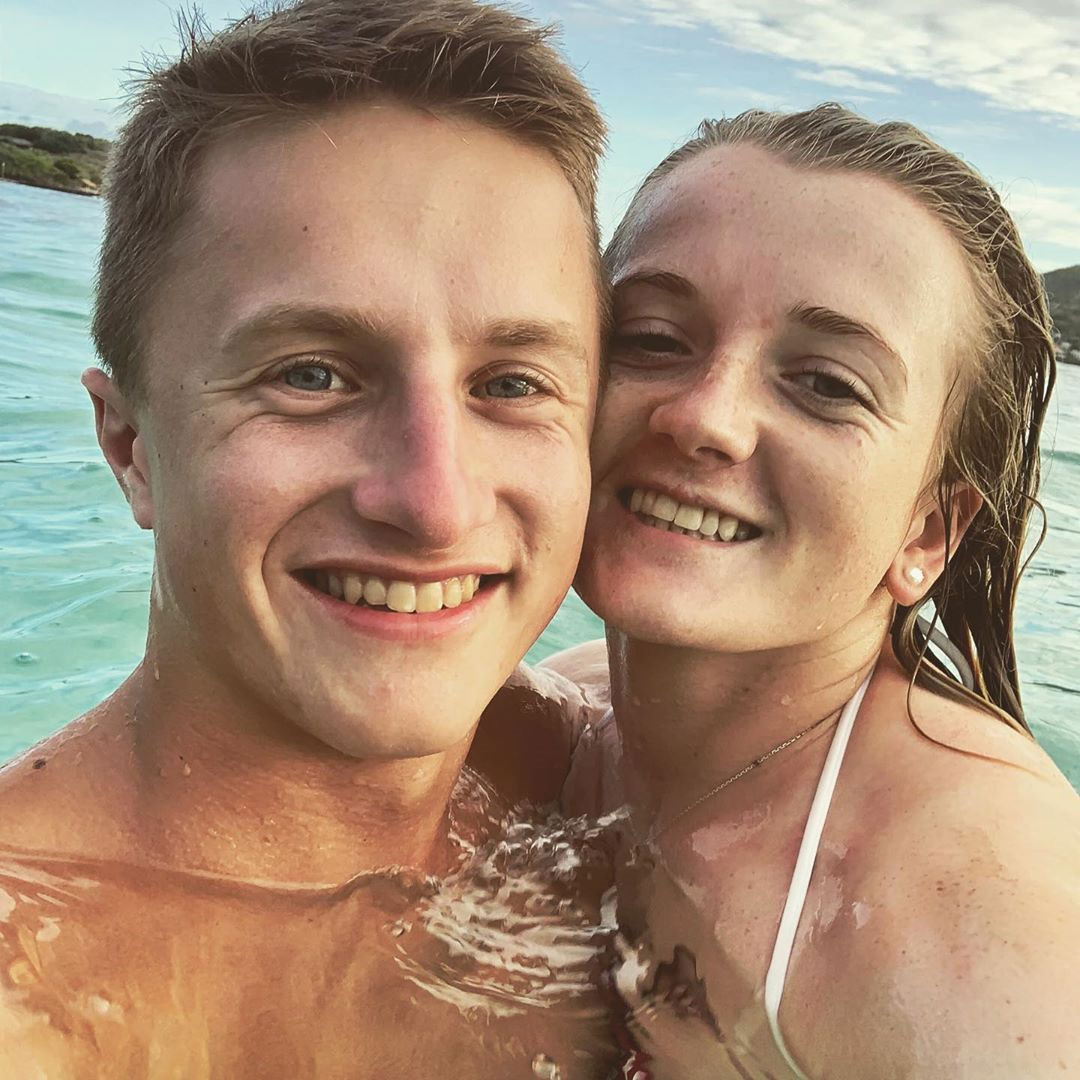 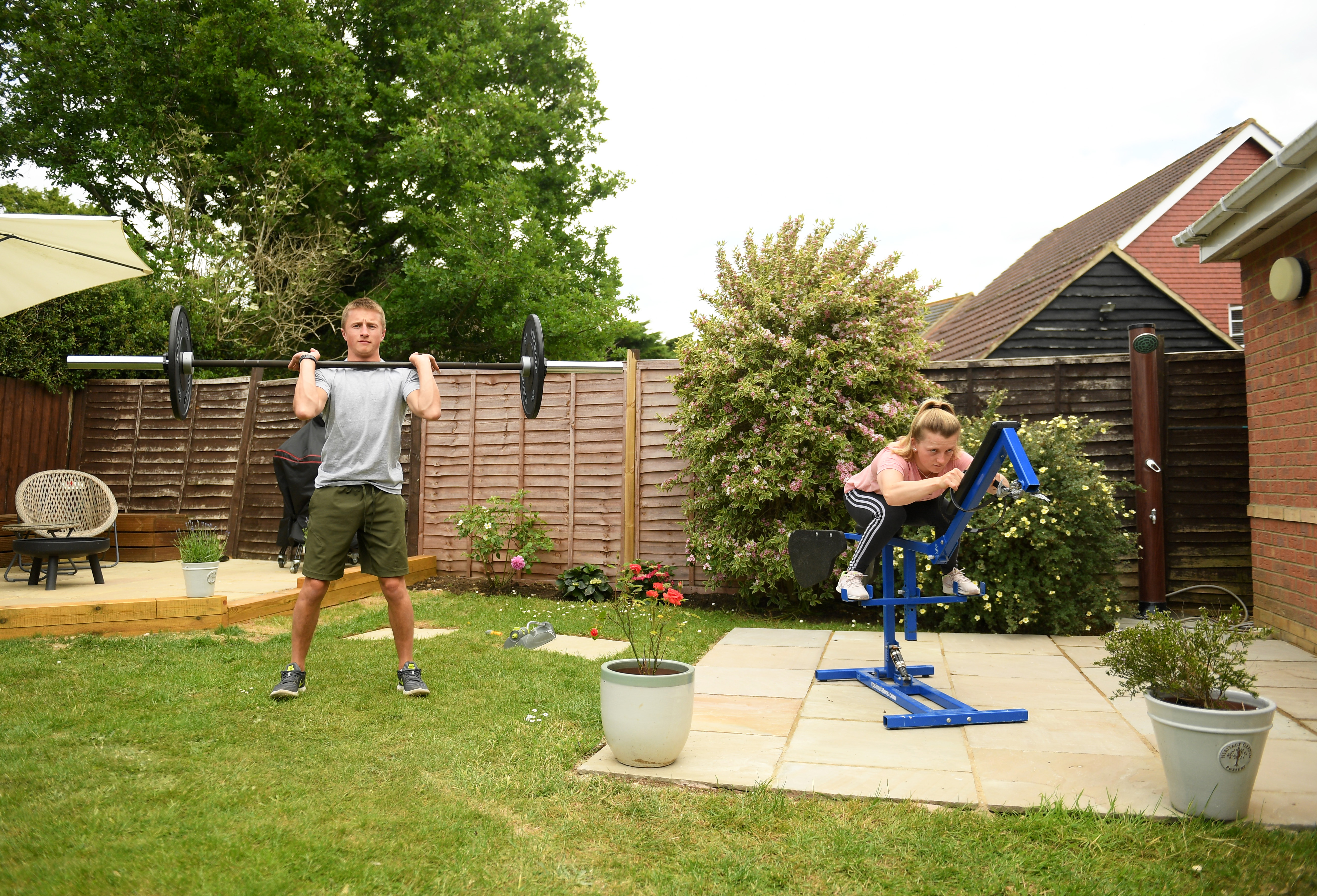 The following month Doyle made more headlines as she grabbed her first Group race on Dame Malliot at Newmarket’s July Meeting.

The momentum didn’t stop there. Soon owner Imad Al Sagar made Doyle his number one retained jockey and she quickly ensured that was the right call as Extra Elusive won at Group level.

That was part of an incredible 899-1 five-timer at Windsor that again shot Doyle into the news across the board.

But arguably the best was yet to come. British Champions Day is one of the biggest days in the racing calendar and they took it by storm.

Four of the six races were won by the couple, bagging over a million quid in prize money. 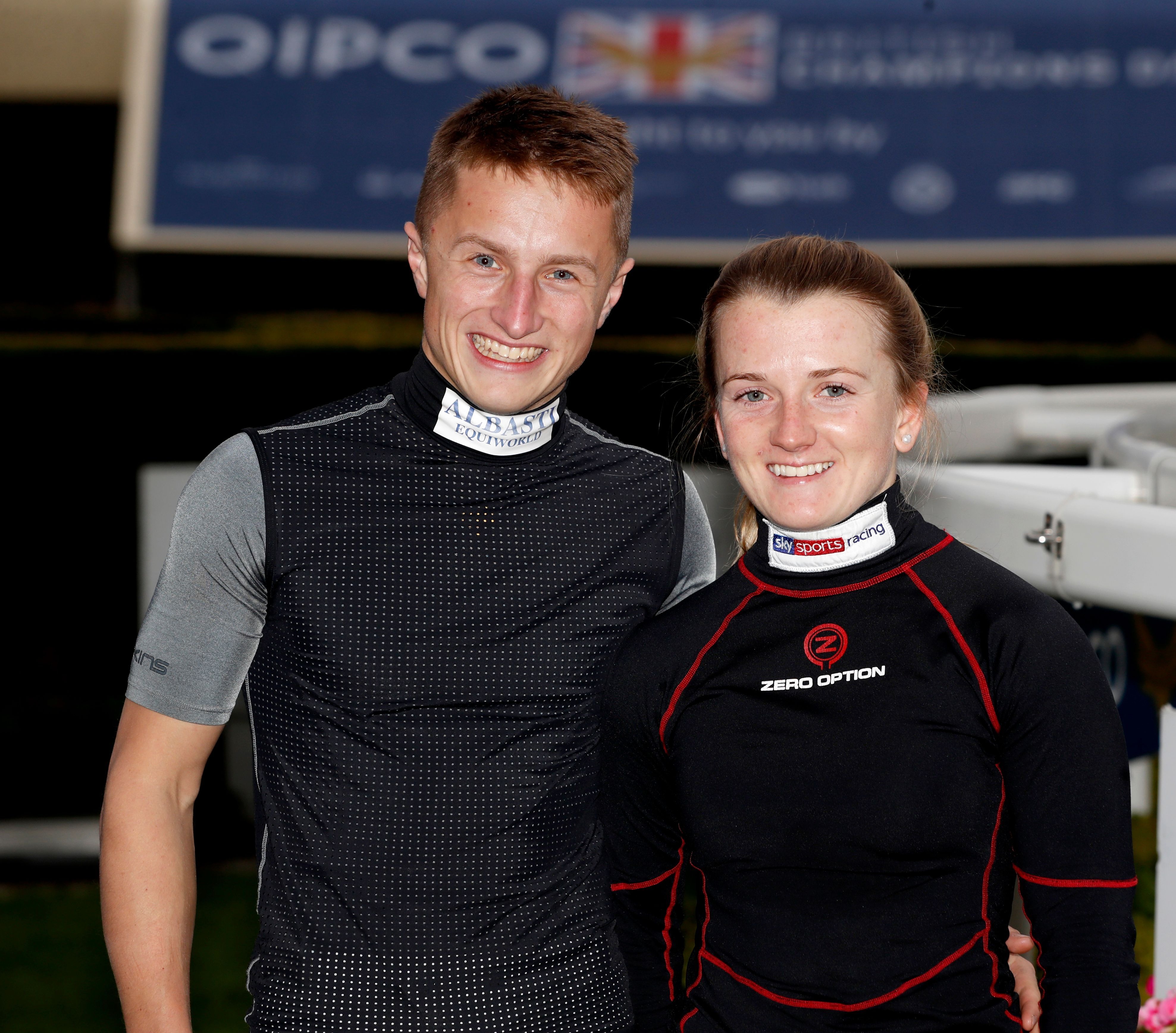 But the best may yet be to come as Doyle looks to continue her hot streak in the States.

She’ll become only the second ever female to ride for O’Brien as she partners Order Of Australia in the £125,000 Bryan Station Stakes on Friday.

Her second ride comes for her boss and trainer Archie Watson. Pocket-rocket Doyle gets the leg up on his Mighty Gurkha in the Juvenile Turf Sprint.

After arriving in Kentucky on Wednesday, she said: "Mighty Gurkha is in top form – he's very relaxed and has taken everything in his stride.

"The track is riding excellent. At the moment it's probably good, good to firm ground, and I think they are going to put a bit more water on it – which would be ideal for us.

"He's settled right in, he hasn't left a drop of food.

"He ran on debut at Lingfield and handled the turn very well.

"He's quite agile – he's done a lot of growing in a short space of time, so he has grown a lot, but I think he'll be fine."

Joe Biden and Donald Trump might be the names on everyone's lips Stateside, but that could be about to change.