IAN HERBERT: Newcastle fans at Hillsborough had a chilling familiarity

IAN HERBERT: The testimonies of Newcastle fans at Hillsborough had a chilling ring of familiarity, yet there is still no tangible sense of concern from Sheffield Wednesday… why has the Leppings Lane stand has hardly changed at all since 1989?

It was the blind and contemptible refusal to acknowledge the fact there was a problem in the years leading up to the Hillsborough disaster which made that dark day all the worse.

Supporters had been crushed during an FA Cup semi-final between Tottenham and Wolves at Sheffield Wednesday’s ground in 1981. Fans had been crushed when Liverpool and Nottingham Forest met at the same stage of the competition in 1988.

There were other episodes, too. Warning signs everywhere, year after year, and yet the response of the club and the authorities was risible. Nothing to see. Nothing to say.

‘Never again’ football said in the aftermath of the 1989 disaster which would eventually claim 97 lives, yet the silence from Sheffield Wednesday was deafening after Newcastle supporters reported crushing and overcrowding in the Leppings Lane end during their FA Cup tie there at the weekend. 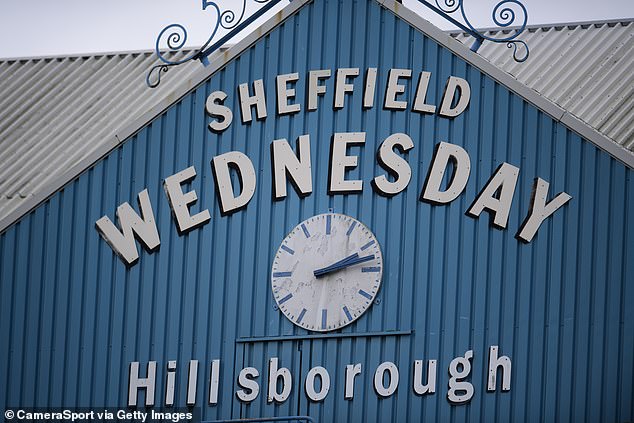 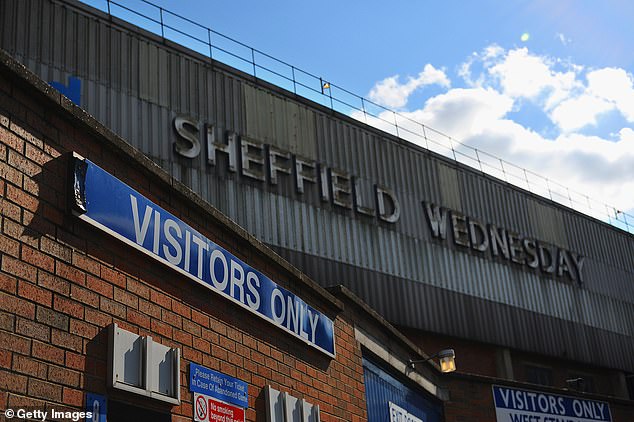 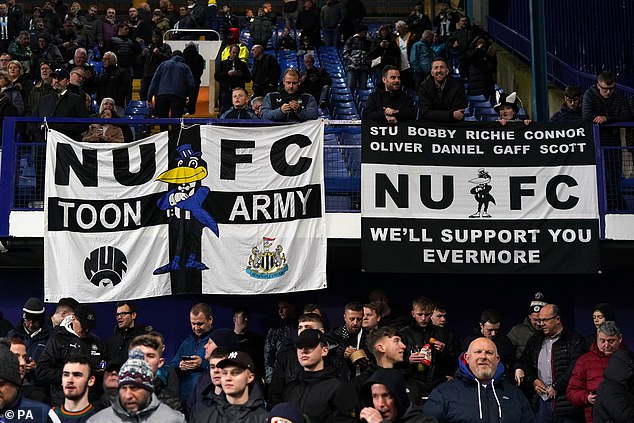 Narrow access tunnels, non-existent crowd management, children in tears — the details in the testimonies of Newcastle fans had a chilling ring of familiarity.

Fans were funnelled through a narrow gangway to a seating area and once out into the lower tier, they were forced to rip a covering from seats designated as out of use, to alleviate the pressure.

‘People were getting desperate and shouting, ‘Let them up, let them up (into the stand)’,’ said a dad who was with his 14-year-old. ‘The only option was to get the kids on your shoulders.’

A tangible sense of concern from Wednesday felt like a minimum requirement in the aftermath, though until late yesterday there was not so much as a statement. 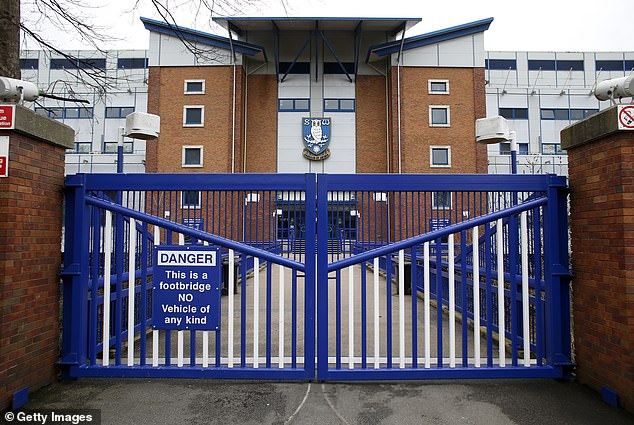 And when the response did come there was no declaration of intent to investigate or a request to hear from those supporters.

‘There were no reports of injuries or medical assistance required logged with the club’s first aid operations manager before, during and after the game,’ the club said. ‘While we continue to assist and engage with the FA and explore all options, the club will be making no further comment at this time.’

Perhaps such a blithe statement should not surprise us, given the club’s response when South Yorkshire Police voiced concern about the safety of supporters at the same Leppings Lane end a few years ago.

Supporters trying to escape violence at the Sheffield derby had found themselves pinned into an area outside the ground and unable to get out.

The police were so concerned about the prospect of a crush that they engaged an expert on crowd dynamics — Professor Keith Still, of Manchester Metropolitan University — to advise on how to avoid future problems. 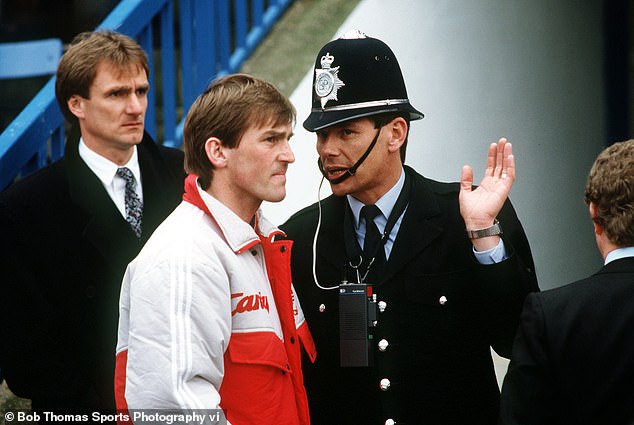 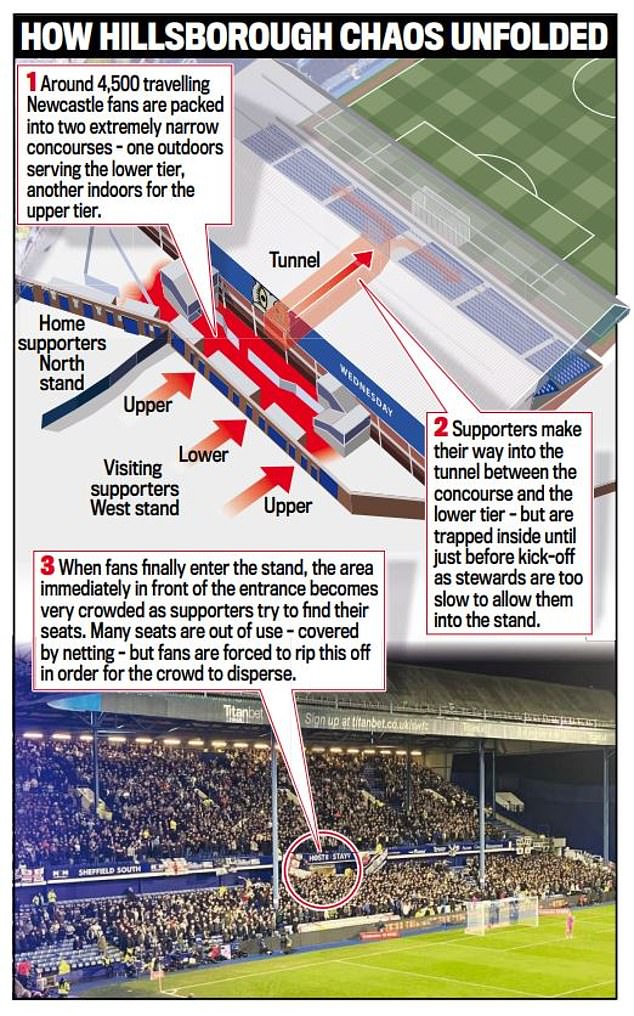 His report, sent to the club, requested that turnstiles and an exit gate be closed to Wednesday fans for the impending derby against Barnsley. Wednesday did not attend an initial stakeholders’ safety meeting on the subject. They were then found to have provided an inadequate response when that meeting was rearranged for a week later.

Sheffield City Council’s safety advisory group, which is responsible for the wellbeing of supporters in the stadium, was forced to issue a prohibition notice, forcing Wednesday to adhere to the police request.

The club finally responded at 10am on the day before the game. They said they took ‘serious issue’ with the report, declared it was made without their knowledge and that they had commissioned their own experts. To say that senior police officers were bemused is an understatement. 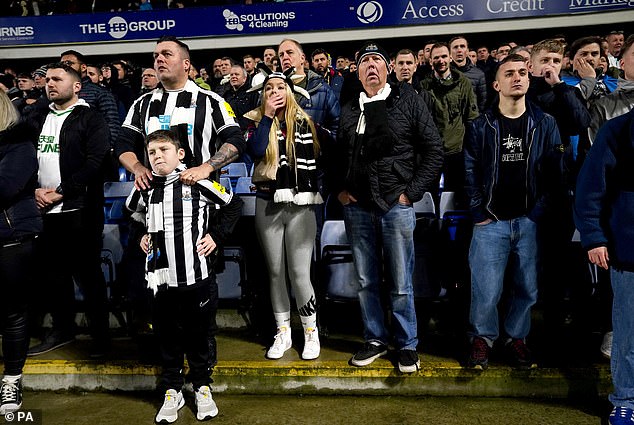 These events came just three months after former Wednesday club secretary Graham Mackrell was fined £6,500 for a health and safety offence relating to turnstile arrangements on the day of the Hillsborough disaster.

Relating the experiences of Newcastle fans has been challenging. The vile one-word expressions of abuse sent from the depths of the Twitter cesspit to some of those reporting the Newcastle testimonies reflect the consequences of asking questions about some clubs these days.

The faceless abusers view any legitimate question as an attack on their team. They cannot see beyond their own warped sense of victimhood to the legitimacy of wanting to know that supporters from another club and city feel safe.

A broader question is why the Leppings Lane stand has hardly changed at all since 1989, when almost every other major stadium in this country was overhauled after Lord Justice Taylor’s report into the disaster. 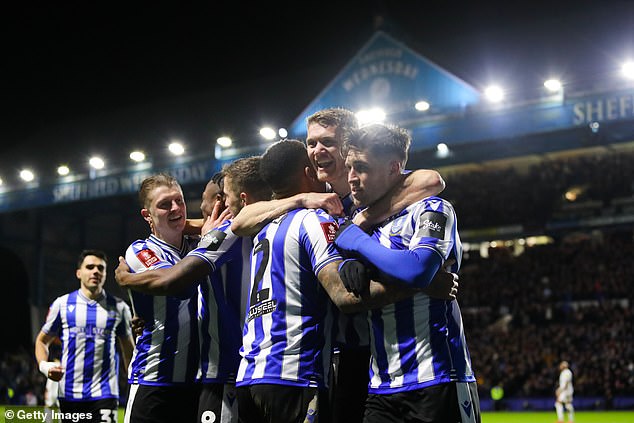 The wish to knock down that stand, rebuild and strive to make Hillsborough the safest stadium imaginable should be radiating through this club.

It was the Government’s adviser on safety at sports grounds who responded in the way you would have hoped the club might. ‘We are concerned by reports of overcrowding and crushing,’ the Sports Grounds Safety Authority said as it began a review.

That statement seemed like a good reason to contact Sheffield Wednesday again, early yesterday morning, and ask how they intended to respond to an experience which left many scared and unsettled.

So another call went in and another message was left. There was just a statement, at 4pm, essentially outlining why there had been no problem. Nothing to see. Nothing to say.