Is Jen Harley a midnight stalker, or did Ronnie Ortiz-Magro break a restraining order against him?

Those are the questions after an alleged violent incident between the troubled couple on Saturday, Jan 11 left Ortiz-Magro the victim of assault, according to his lawyers.

“Regrettably, on Saturday night, Ronnie Ortiz-Magro was, again, the victim of a domestic violence incident at the hands of Jennifer Harley,” said Ortiz-Magro’s lawyers, Scott Leemon and Leonard Levine, in statement to the USA Today Network. “At that time, Ms. Harley, entered his home while he was sleeping and started viciously assaulting him. 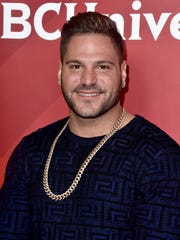 “Ronnie immediately called the Las Vegas Police Department and filed a domestic violence complaint against Jennifer. Then, this morning (Jan. 16), a Family Court Judge in the Clark County (of Las Vegas) District Court, Family Division granted Ronnie an Emergency Order for Protection Against Domestic Violence. This Emergency Order is in effect until February 25, 2020.”

Not so fast, said Harley’s lawyer. Ortiz-Magro, on Saturday, was in violation of a restraining order against him that came as a result of an Oct. 4 incident in the Hollywood Hills section of Los Angeles where police were called to the home the couple were staying in.

Also, if there’s a restraining order against Harley, they haven’t received it yet.

Out on the town: ‘Jersey Shore’ cast hits Jersey Shore to celebrate birthdays 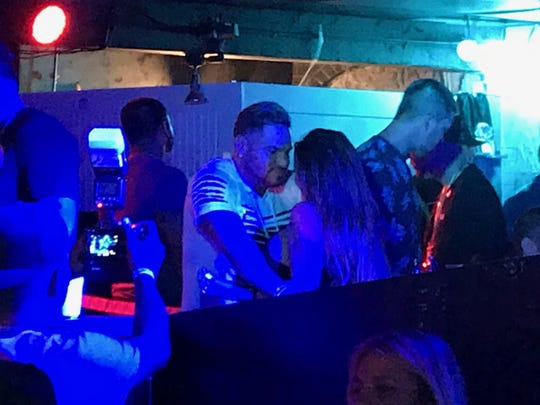 Ronnie Ortiz-Magro and Jen Harley at the Headliner in Neptune on Aug. 24. (Photo: Chris Jordan)

“Contact that Ronnie Ortiz had with Jenn Harley recently was in violation of the restraining order in effect against him,” said lawyer Lisa Bloom in a statement to the USA Today Network. “We have not received any restraining order against her, and if Jenn does get served with one, we will oppose it. Jenn just wants to raise her baby in peace.”

The couple have a 20-month daughter,  Ariana Sky.

Ortiz-Magro has pleaded not guilty to domestic violence, child endangerment and more related to the Hollywood Hills incident. The charges arose after police were called to a home he, Harley and  Ariana Sky were staying in.

[ Subscribe to the Asbury Park Press for the latest on the Jersey entertainment scene. ]

“The suspect and victim were involved in some type of physical altercation. When officers arrived they had to deploy their tasers on the suspect and minor use of force occurred,” said an LAPD spokesman to the USA Today Network at the time. “There was a child at that location. That child was unharmed.”

He was also charged with brandishing a weapon, resisting arrest, making criminal threats and false imprisonment, in addition to domestic violence, child endangerment.

Ortiz-Magro and Harley have a history of domestic altercations and arrests. Harley allegedly threw an ashtray at Ortiz-Magro during a brush up at the Hustler Club in Las Vegas on Dec. 31. He was struck in the face and filed a battery report with the police. Charges were later dropped.

That incident followed one in June of 2018 where Ortiz-Magro was caught in a seat belt outside of a car driven by Harley with their child inside in Las Vegas. He was dragged and suffered a rash and a bruised face. Harley was arrested but the case was “denied due to insufficient evidence,” said the Clark County district attorney at the time.

The majority of the “Jersey Shore” cast were at the Butcher’s Block in Long Branch on Saturday celebrating the birthdays of Deena Cortese and Lauren Sorrentino.