JOCKEY Gina Andrews was rushed to hospital after being kicked in the face by a horse following a fall at Cheltenham.

The amateur jockey was in with a chance of winning the 12.40 Catesby Handicap Hurdle when she fell at the last. 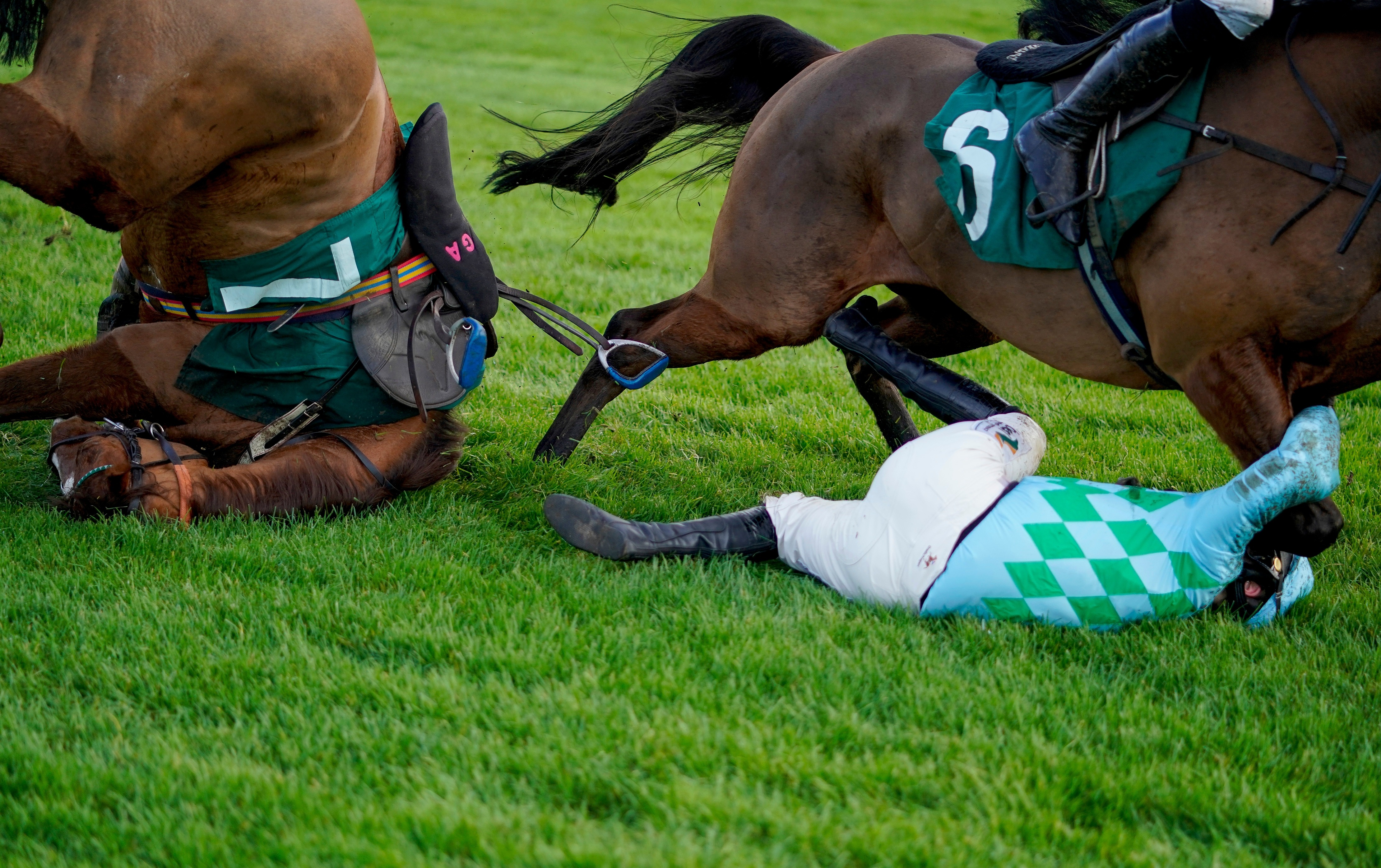 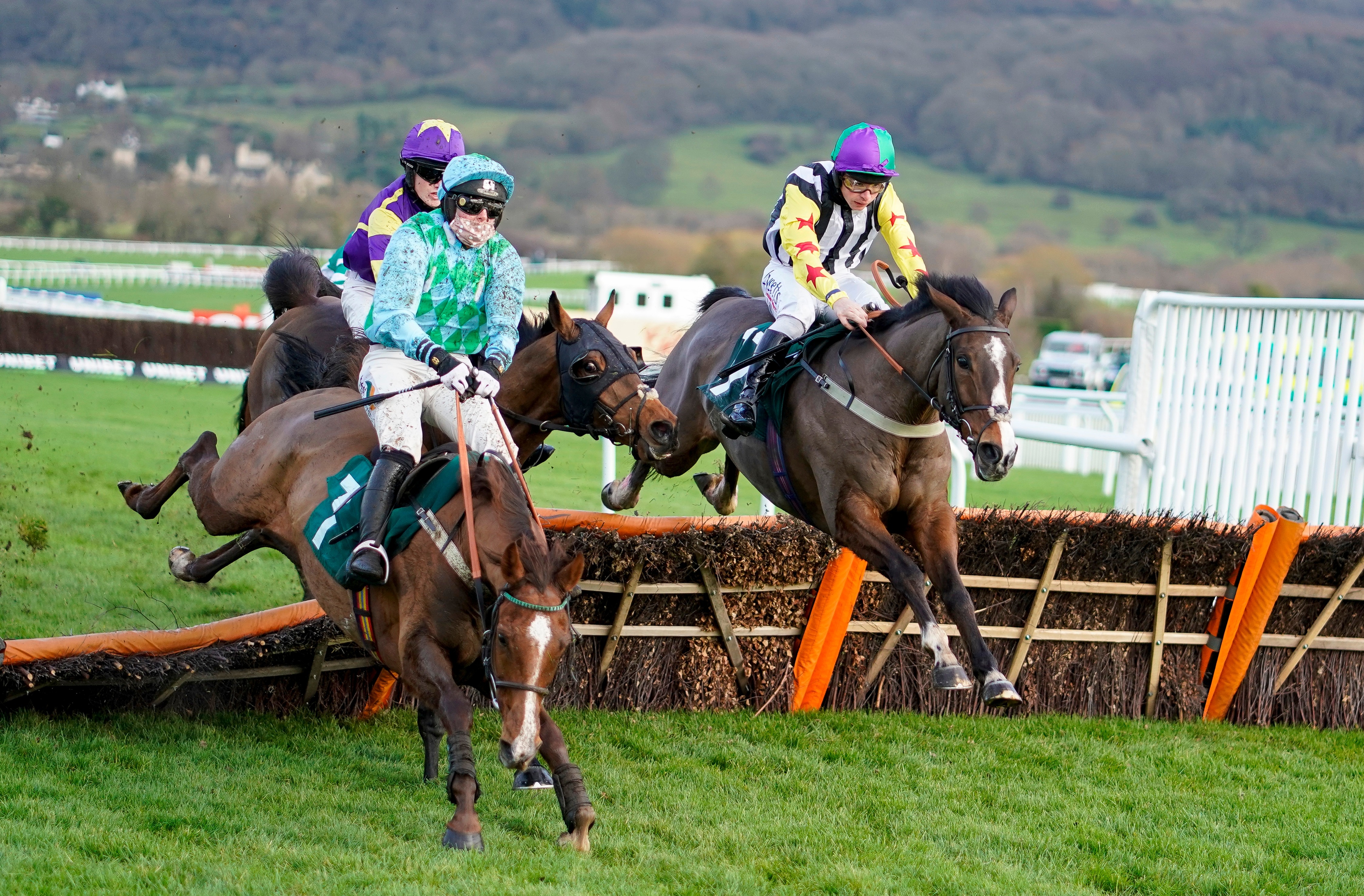 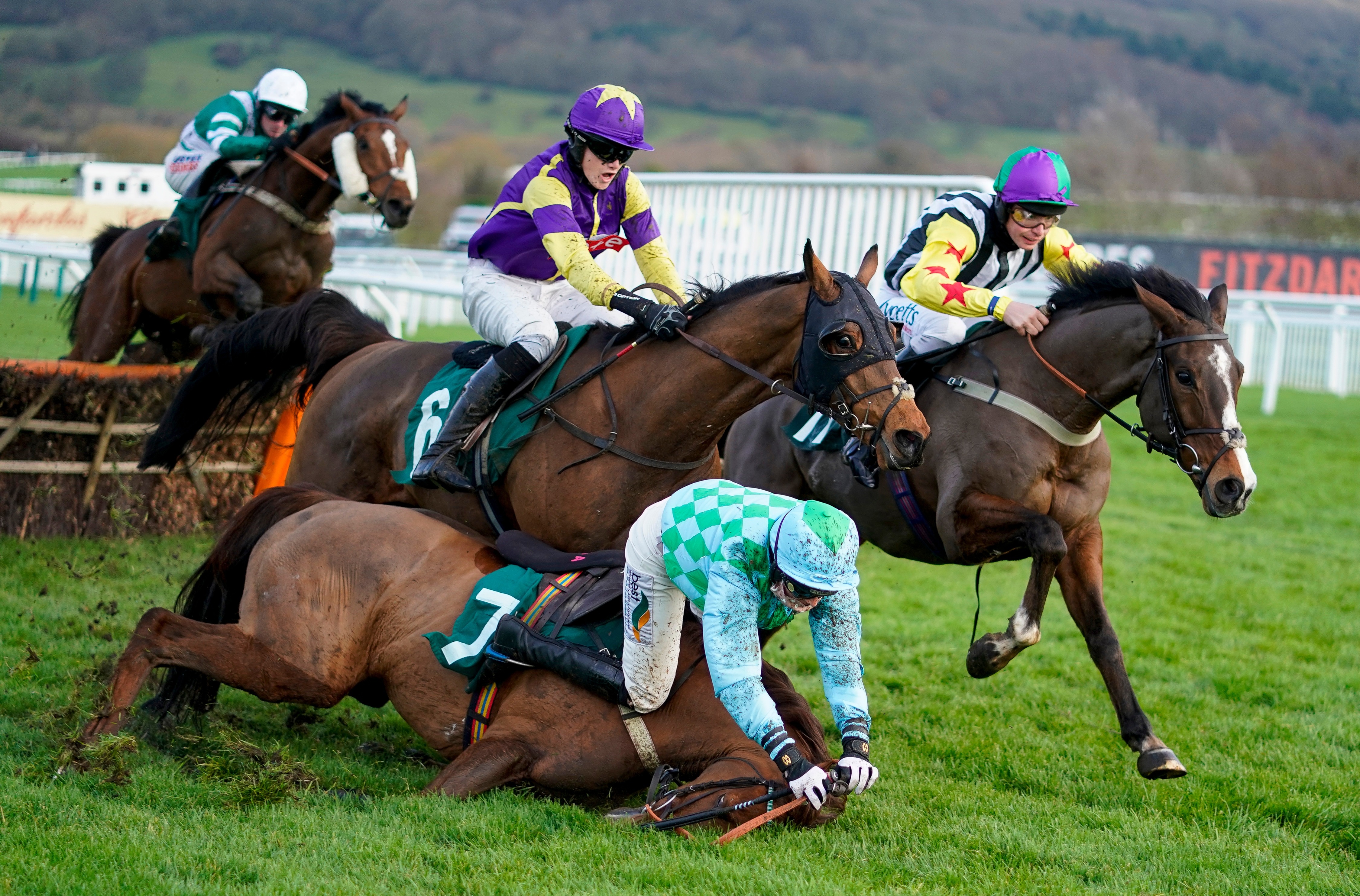 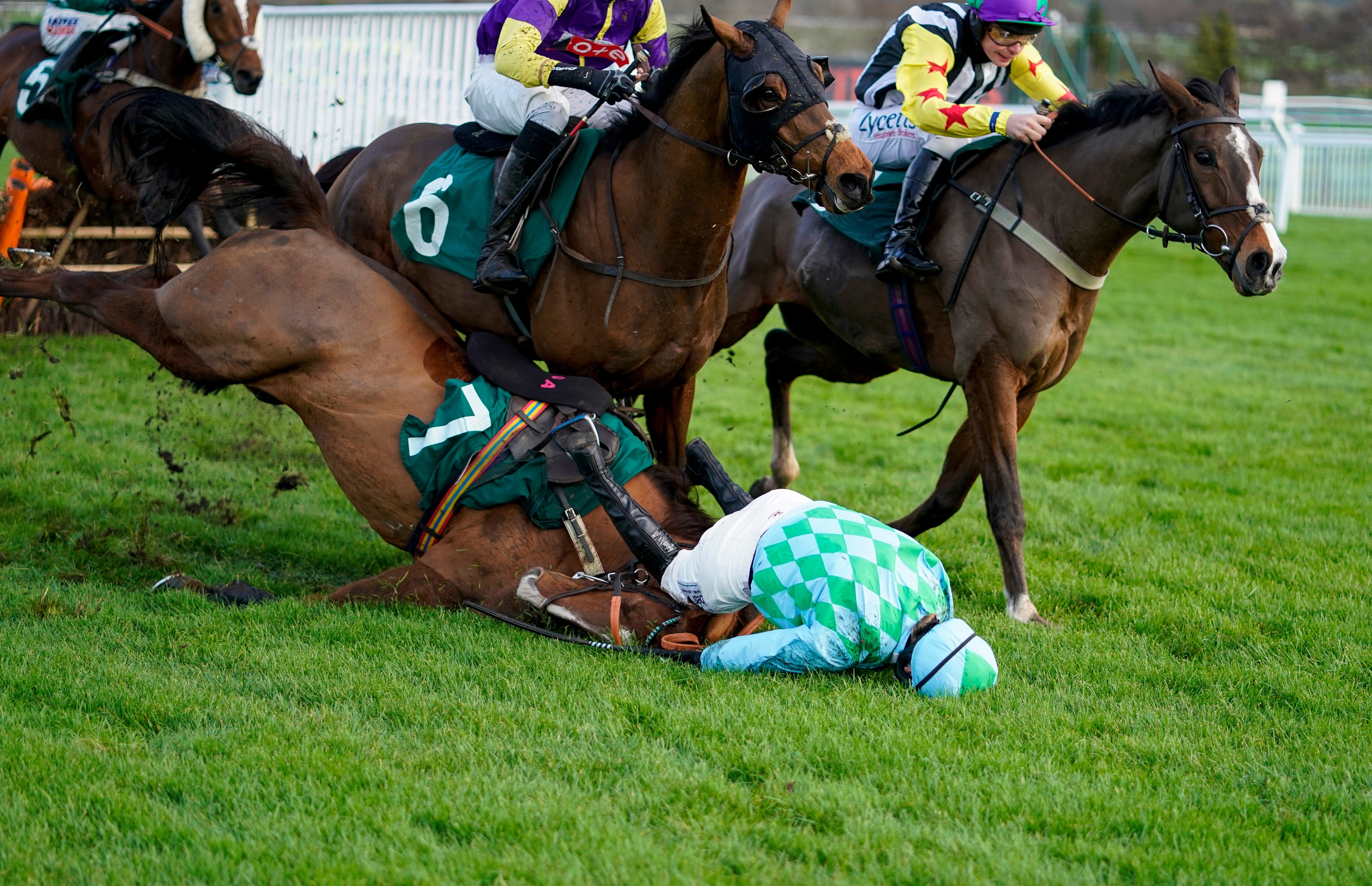 She had been aboard 18-1 chance Haafapiece when it fell.

Andrews was said to be conscious when put into the ambulance and the horse was up and OK.

SunSport columnist and TV presenter Matt Chapman tweeted: "Gina Andrews stretchered off the track @CheltenhamRaces. Everything crossed. Horrific fall and a silence around the track."

"Fingers crossed and best wishes to her."

Commentator Richard Hoiles said: "She is conscious, hopefully all is well.

"These days the medical attention is excellent and there are lots of precautions so you shouldn't read too much into the fact she was stretchered off.

"They just wanted to stabilise her and hopefully when she gets to hospital all the news will be good. 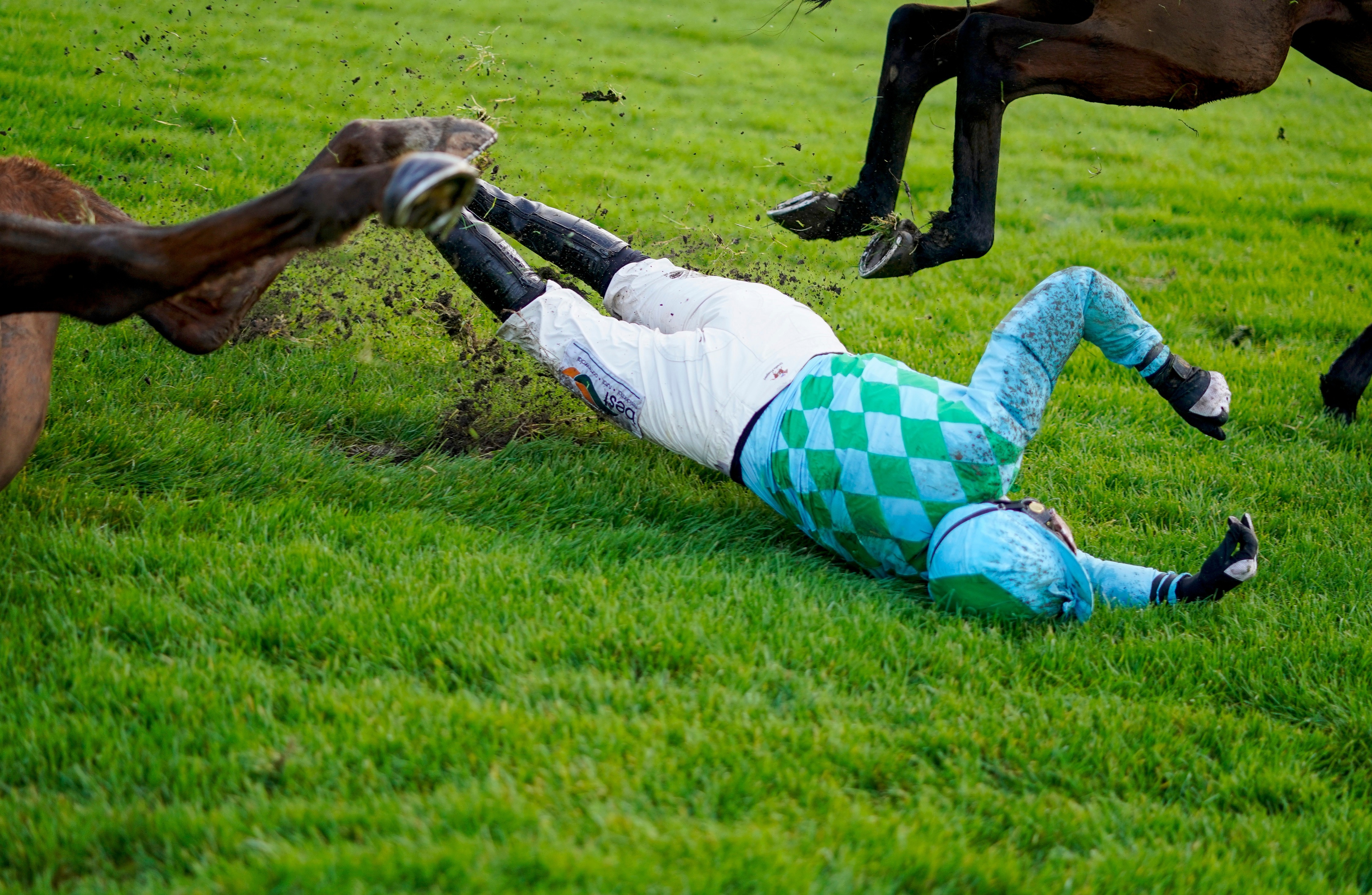 "Fingers crossed. It was a really, really nasty fall."

Andrews was taken for further assessment following the flashpoint in the 12.40 on the first day of the racecourse's International meet.

It appeared she caught a hoof from Nordic Combined, the 7-1 chance who finished fifth.

Andrews was leading on Haafapiece in the 2m 1f race over hurdles.

But the seven-year-old's legs went from underneath it after the last and almost brought down Nordic Combined too.

Fergus Gillard did well to stay upright on his mount but in the carnage that came after Haafapiece's fall it appeared to kick Andrews in the face on its way by.