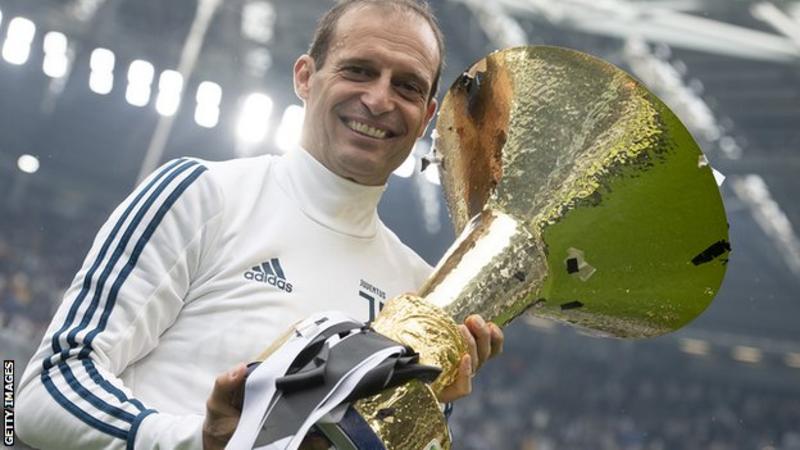 Juventus president Andrea Agnelli says the decision to replace manager Massimiliano Allegri was “the most difficult” of his time at the Serie A club.

Juve said on Friday that Allegri, 51, would leave at the end of the season after five league titles in five years and 11 trophies in total.

Italian Allegri had one year remaining on a contract he signed in 2017.

“This has been a decision of a lot of focus and emotions,” Agnelli said.

“At the end of several reflections and analysis, we identified that this was the best decision to make.”

Under Allegri, who took over from Antonio Conte in 2014, Juve reached the quarter-finals of the Champions League in the past two years.

“We are all useful but no-one is dispensable, starting from me,” Agnelli said.

“It is the history of the club that it is bigger than any single individual.”

Allegri said: “We evaluated the future of Juventus and obviously the club decided to take a direction next year without me, but that doesn’t change anything.

“We have grown together and it is the right moment to leave the club in the best possible way.”

Allegri was presented with a souvenir shirt featuring the number five to commemorate his titles and the news conference ended with a standing ovation.

His final game in charge will be at Sampdoria on 26 May.