The 19-year-old from Leigh, who is studying criminology at Leeds Beckett University, finished second behind American star Athing Mu – also aged 19 – in a new GB mark of 1:55.88. 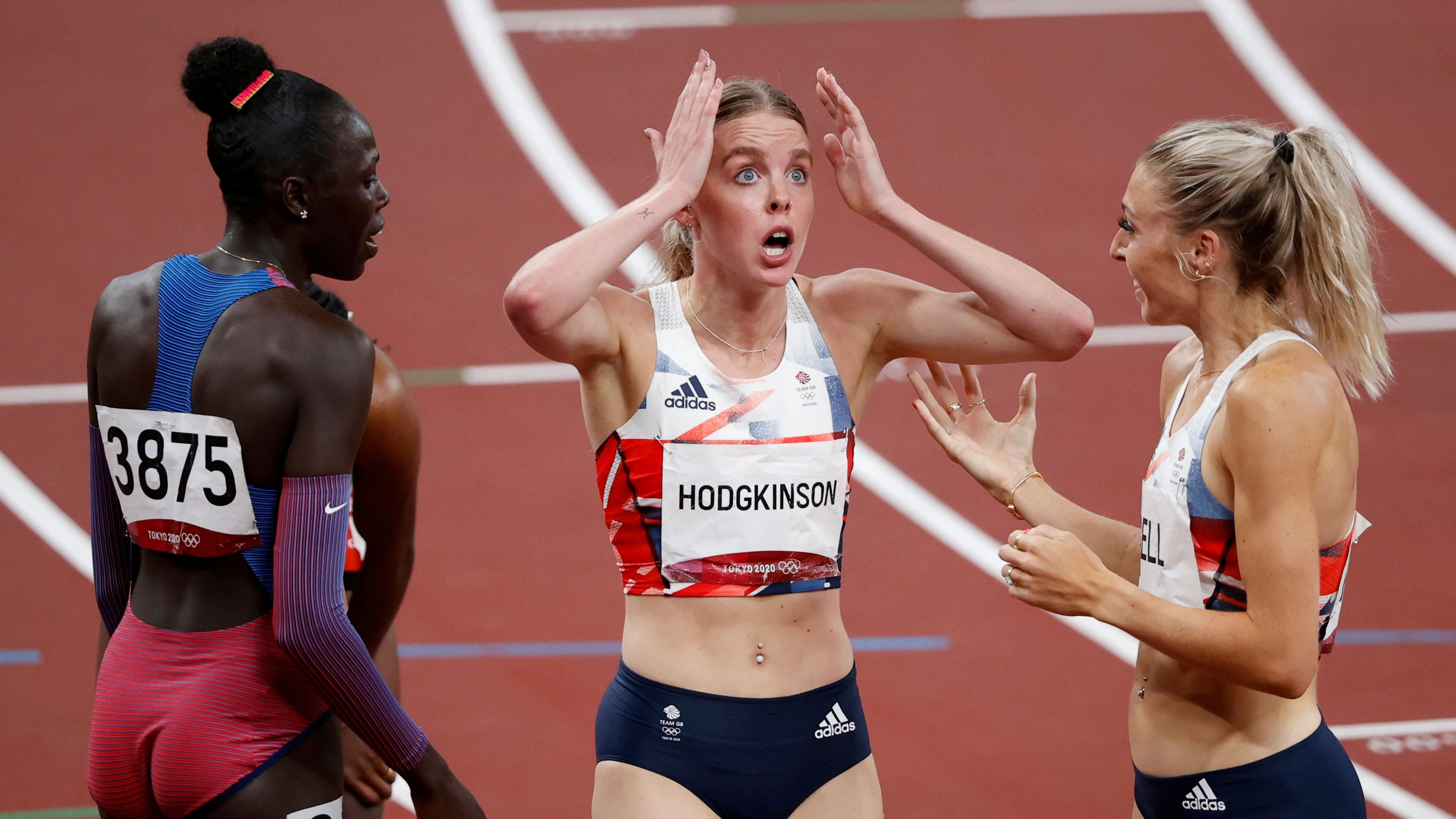 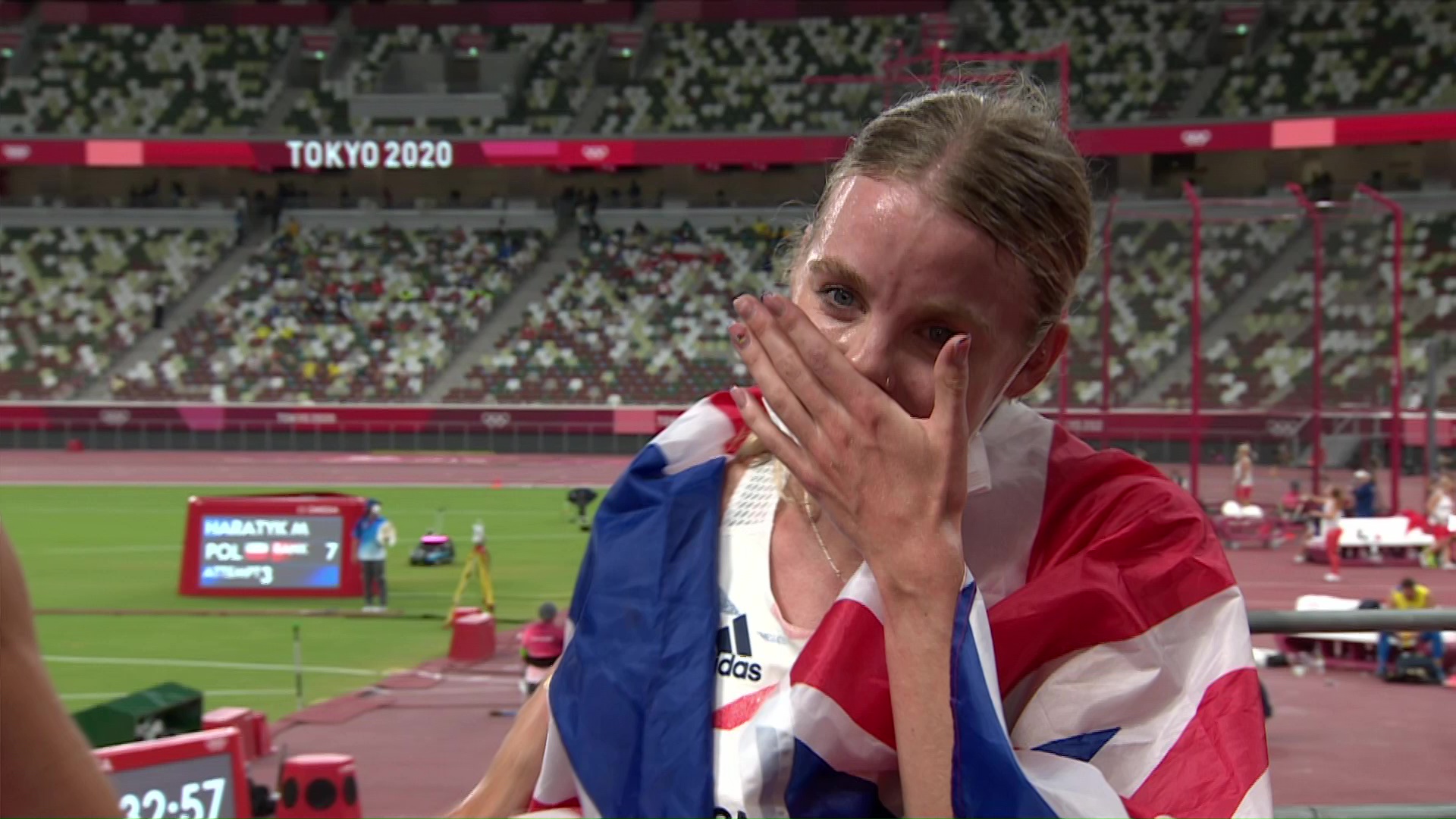 And the Brit broke down in tears while thanking her coaches and family for their support in her stunning feat.

It is a fast track here in Japan and Mu ran the quickest time by an American woman over two laps in 1:55.21.

It was a stunning display by Lancashire lass Hodgkinson, coached by Trevor Painter and former athlete Jenny Meadows, and she came into position down the back straight.

This is the same site where Ann Packer won 800m gold at the 1964 Tokyo Olympics.

And it is the first medal won in this event by a Brit since Kelly Holmes did the middle-distance double at the 2004 Athens Olympics.

Hodgkinson was in tears as she said after the race: "I wanted to leave it all out there and I did that.

"It's going to take a couple of days to sink in but I'm so happy.

"I'm speechless, obviously Kelly Holmes is a legend. I've looked up to her and even spoken to her in the past couple of days, she's a lovely person and I have no words for that.

My friends will be like, 'What's she crying for?!', but it means so much.

"I want to thank my amazing team, my family that made so many sacrifices for me, Trevor and Jenny, they've put so much belief in me."

Though she won the indoor title at the Europeans in Poland in March, it is fair to say that few outside of athletics circles were aware of Hodgkinson's talents or her potential.

The fact she has done it so quickly and achieved a medal at this level shows she has an incredibly bright future.

To put this into context, it is the first medal in this event since Kelly Holmes at Athens 2004 and time of 1:55.88 beats Holmes’s national record which had stood since 1995.

When asked what the medal meant to her, she pointed to her tears and replied: "This, because I don't cry!

"My friends will be like, 'What's she crying for?!', but it means so much and thank you to everyone who's sent messages and supported me from home. 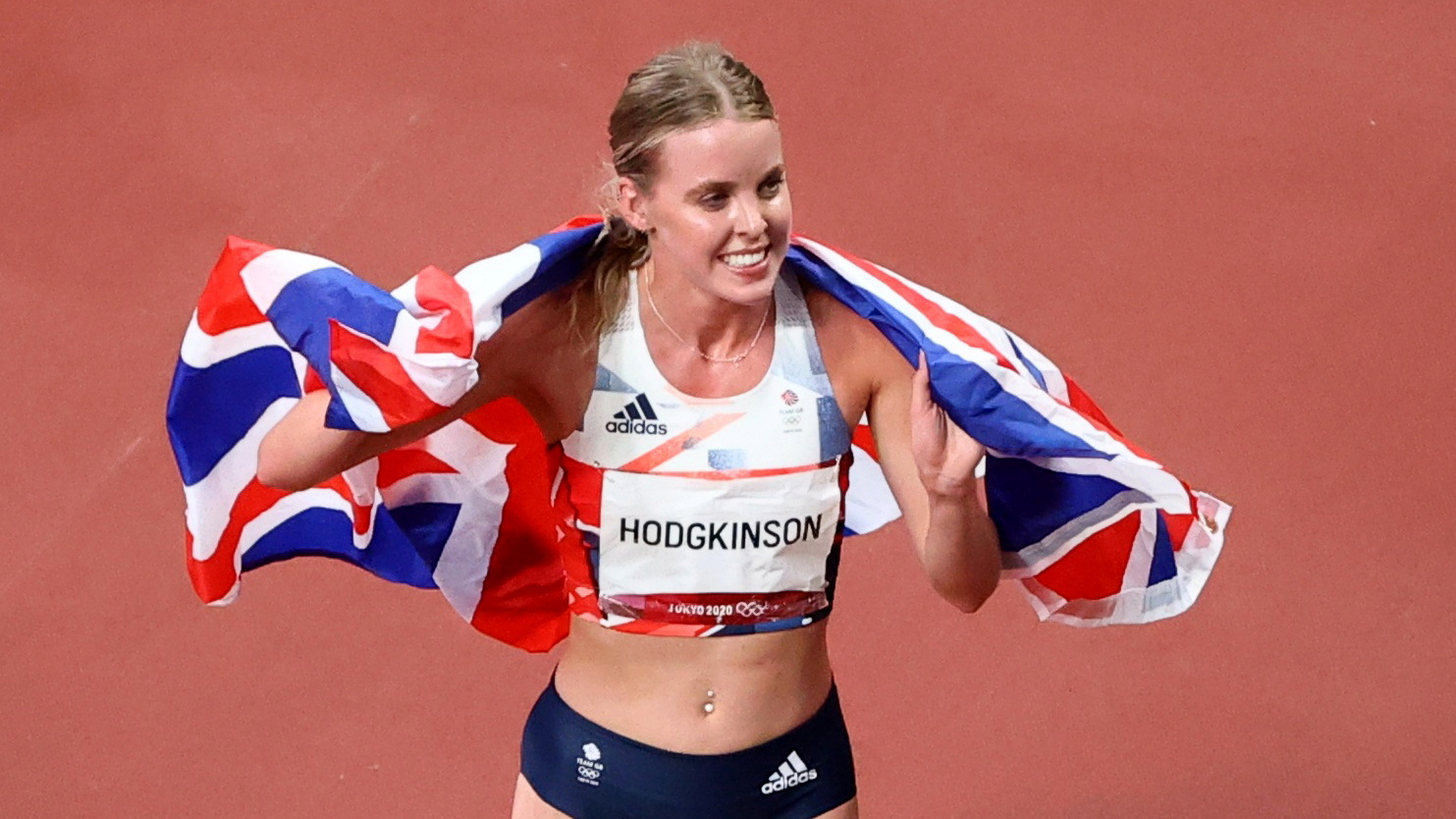 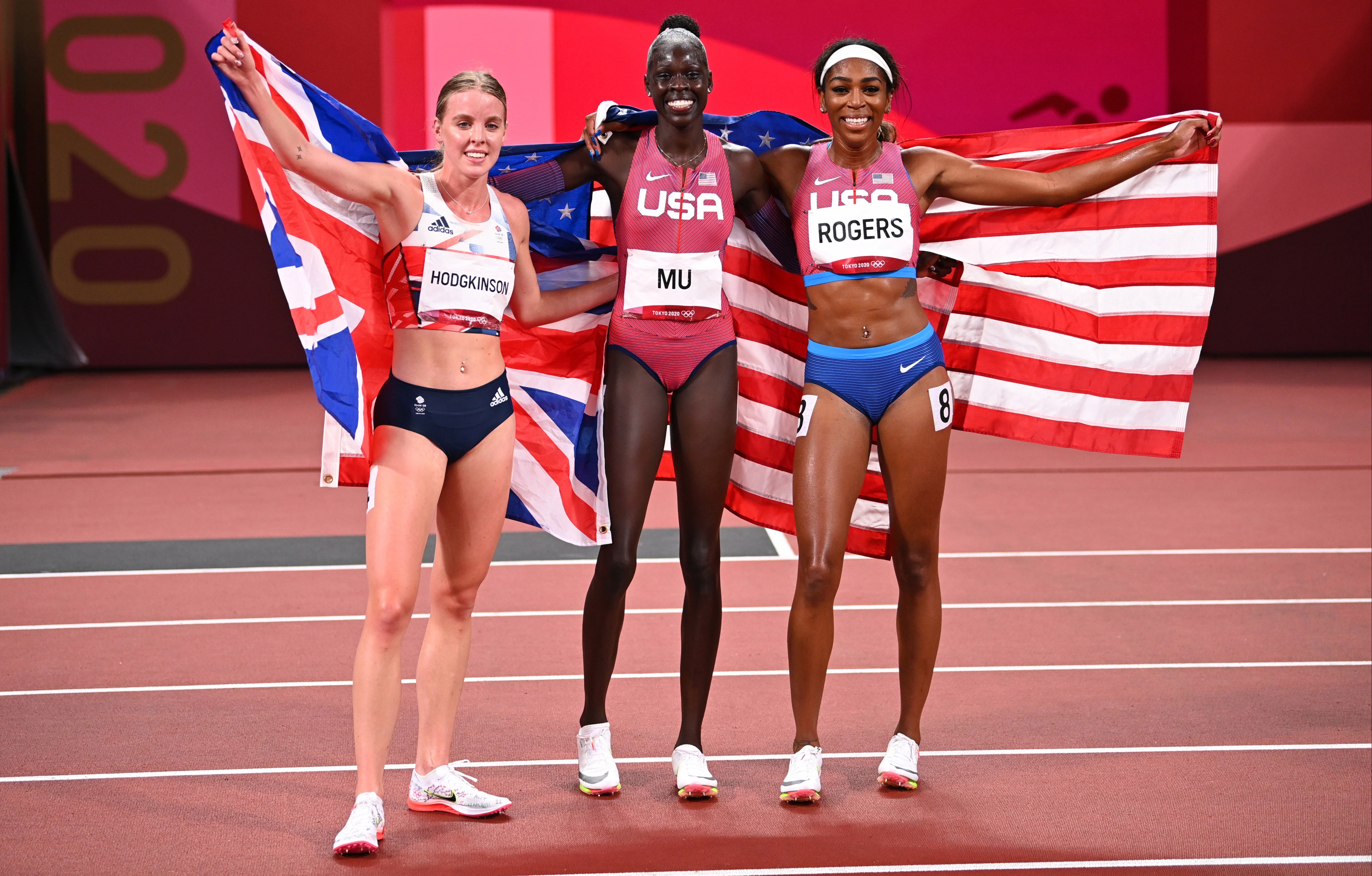 "I can't believe it. If the Olympics were last year, I wouldn't be here. But it's definitely given me a year to grow and compete with these girls."

Scot Jemma Reekie, nicknamed the Sloth by team-mates, tried desperately to hold onto the bronze and even produced a personal best of 1:56.90.

But she was pipped in the closing metres by American Raevyn Rogers in a personal best of 1:56.81, and Team GB's Alex Bell came home seventh.