SO MUCH for being finished and all washed up. Not Liverpool – and certainly not Roberto Firmino.

Any crisis that might have been looming for Jurgen Klopp after a dodgy start to the season was swept away in an Anfield avalanche. 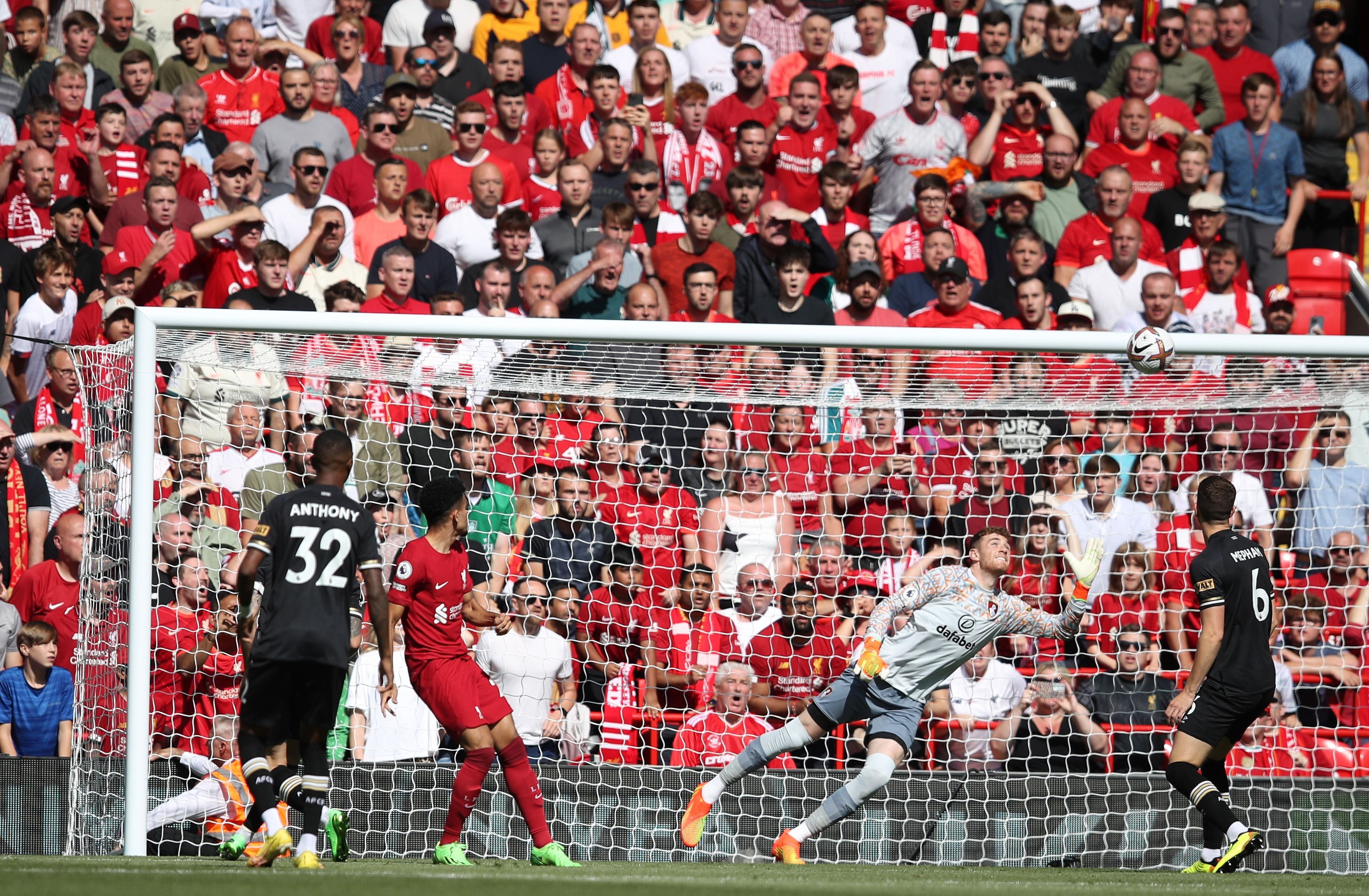 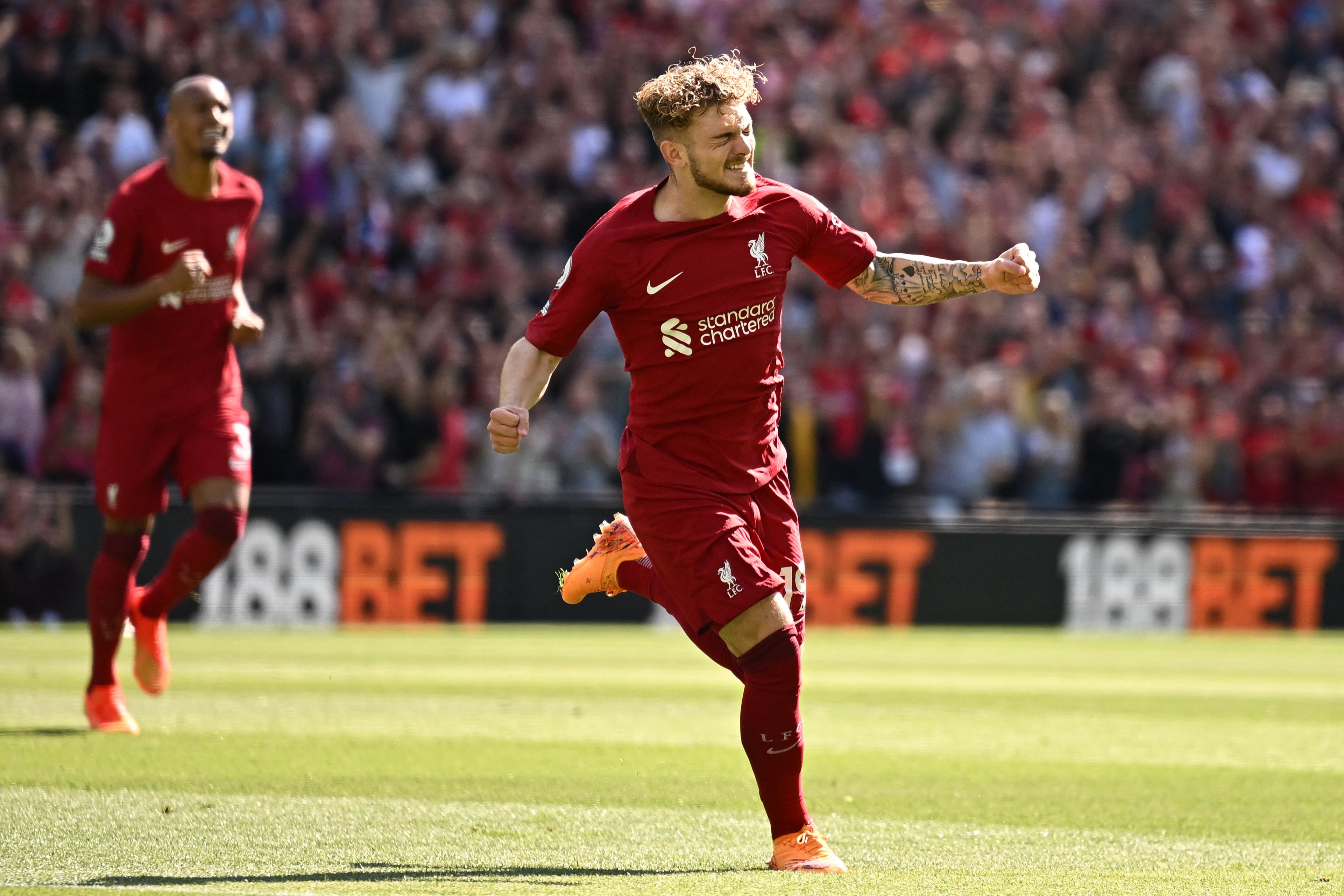 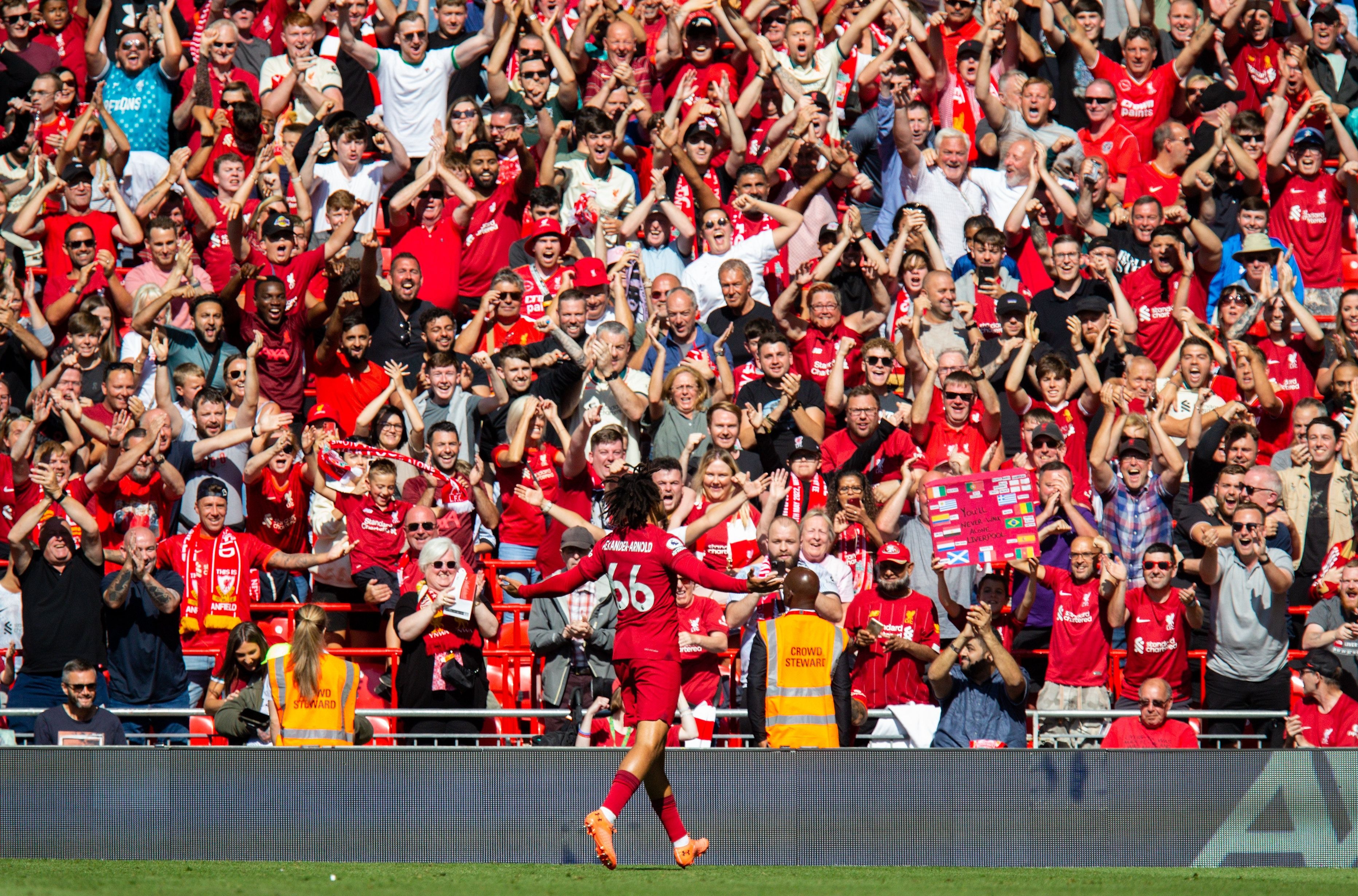 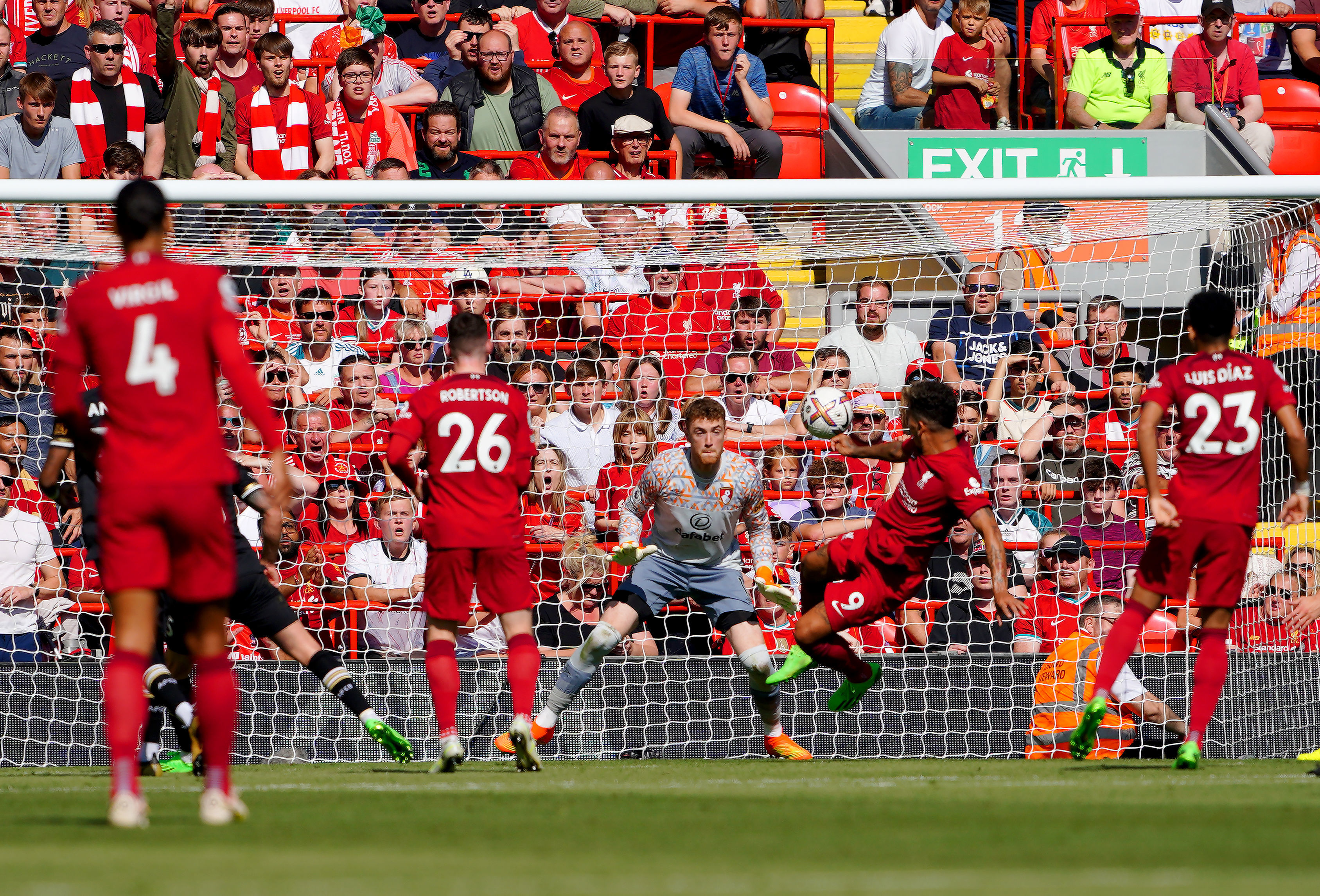 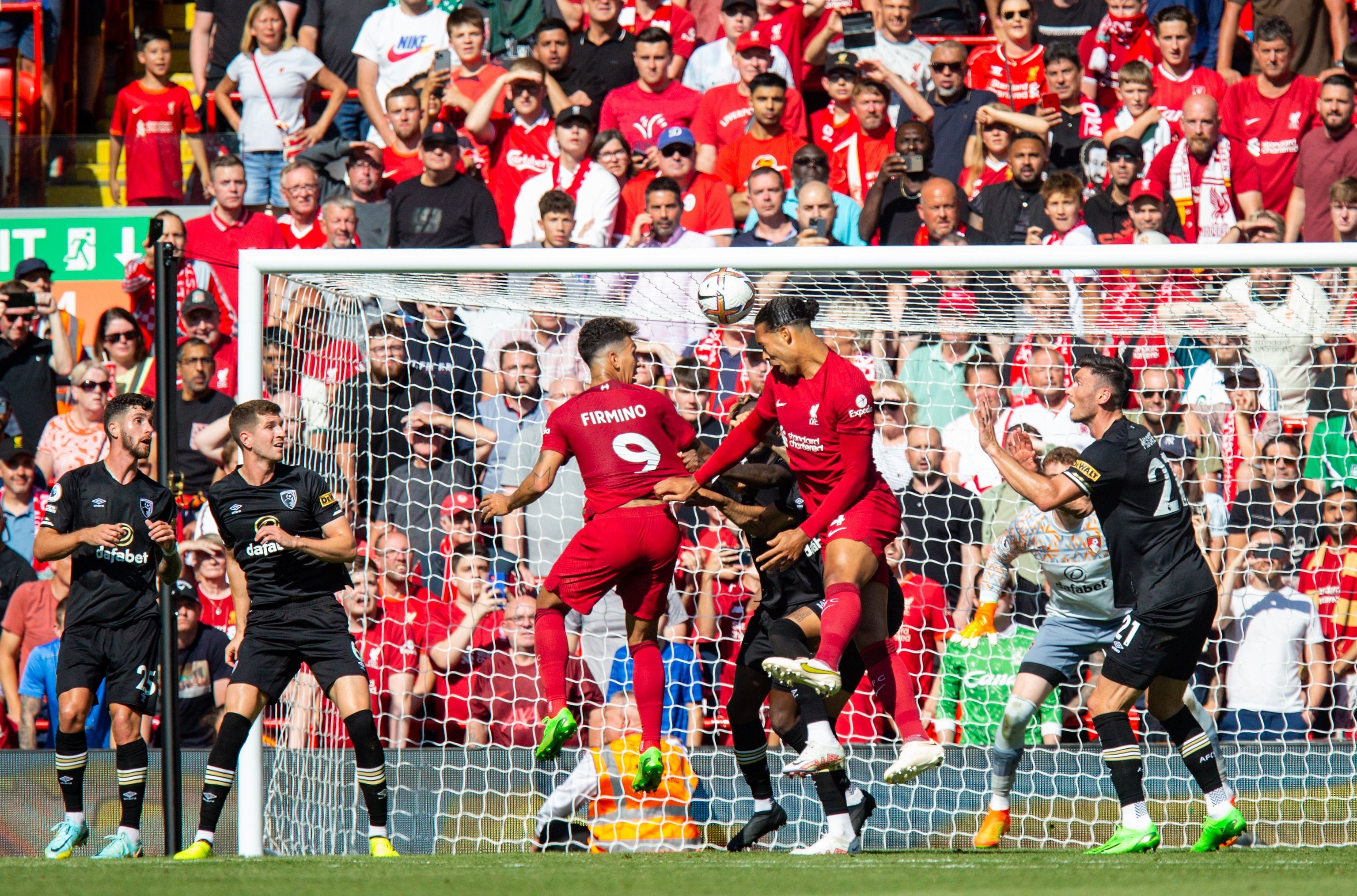 Boss Klopp’s side equalled the Premier League record win as they blitzed Bournemouth and this was their own highest goal tally of a game in the new era.

Liverpool join Leicester and Manchester United in an elite club.

Man Utd have hit nine past an opponent on two occasions, against Ipswich and more recently Southampton.

While Firmino, who was supposed to have been making way for £85million club record signing Darwin Nunez as his understudy, claimed his own club record.

With the Uruguayan still suspended following his headbutt red card against Crystal Palace the Brazilian showed he’s anything but a spent force.

The 30-year-old became the first Liverpool player to be directly involved in four goals in the first half of a Premier League match with a goal in three assists.

The only other player to do so was Harry Kane in February 2017 with three goals and one assist against Stoke City. 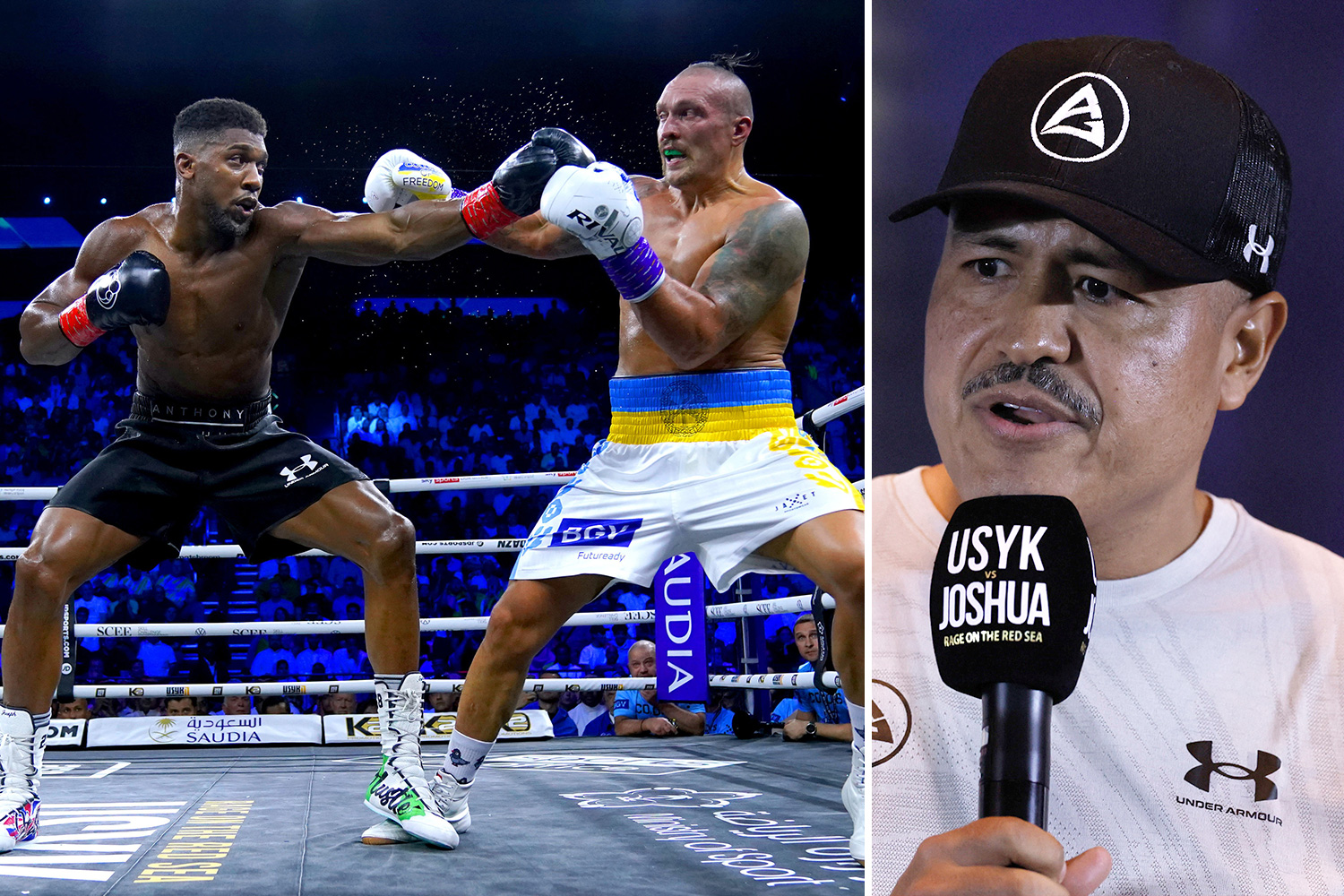 The walk in the park began just three minutes in.

Klopp will have been hoping that the Cherries would be ripe or the picking after Manchester City had trounced them 4-0 then Arsenal got three without reply – and they were exactly that.

Bizarrely Liverpool had gone behind in their last seven Prem games but not this time, not against opponents who showed themselves to be wide open to plunder.

Firmino sent over a simple cross and the Bournemouth defence stood stock still as Luis Diaz stole in to deposit a header beyond Mark Travers. 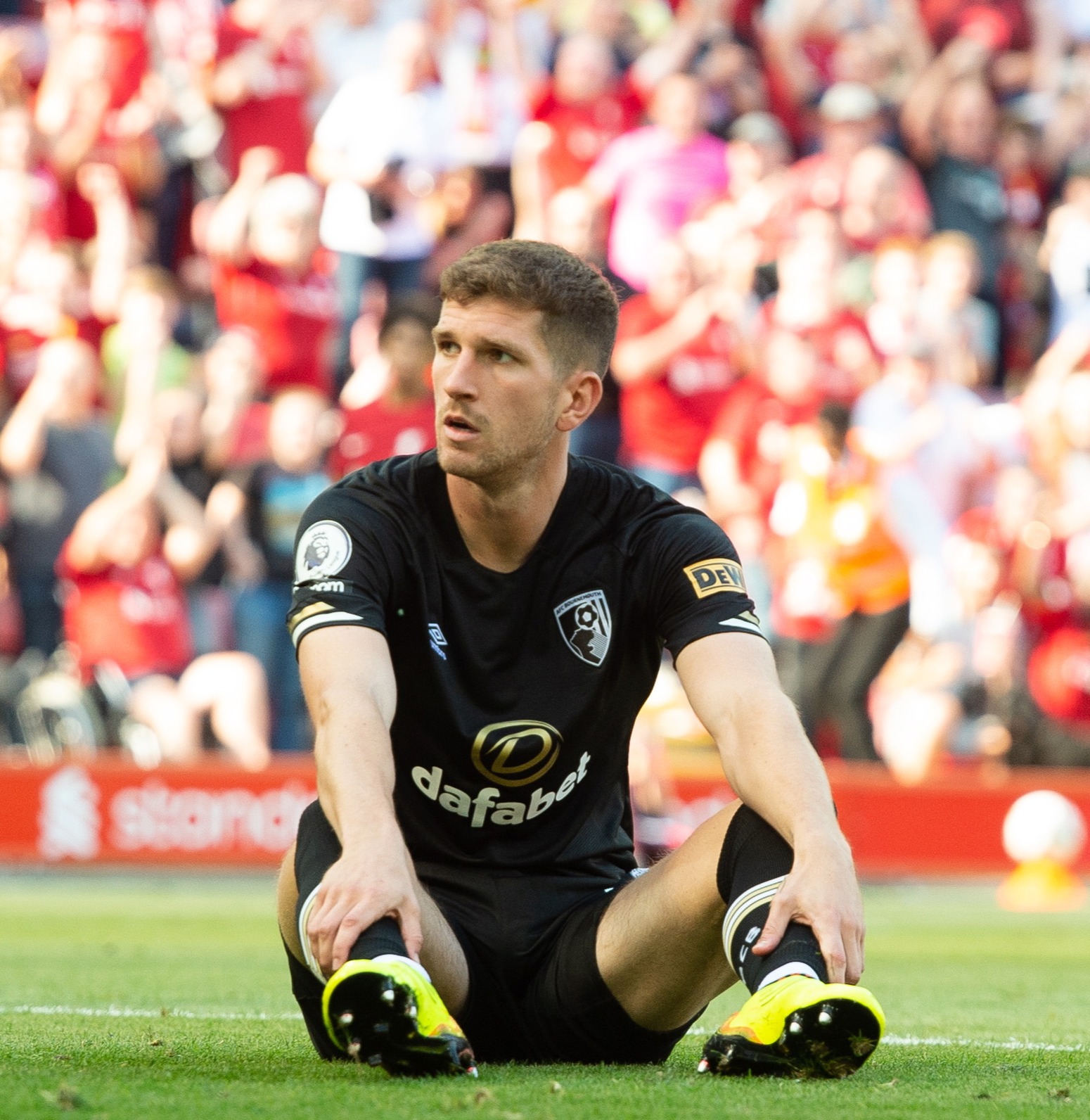 Three minutes later Harvey Elliott was celebrating his first ever goal in the top flight and it was a splendid affair.

Mo Salah broke down the right, Firmino touched back and inside, and the 19 year old of whom his manager thinks so much, delivered a gorgeous curler.

Trent Alexander-Arnold came up with a wonderful third mid-way through the half, letting go with a rocket from 25 yards that blasted into the top right-hand corner.

The England full-back may have questions against him in terms of his defending. 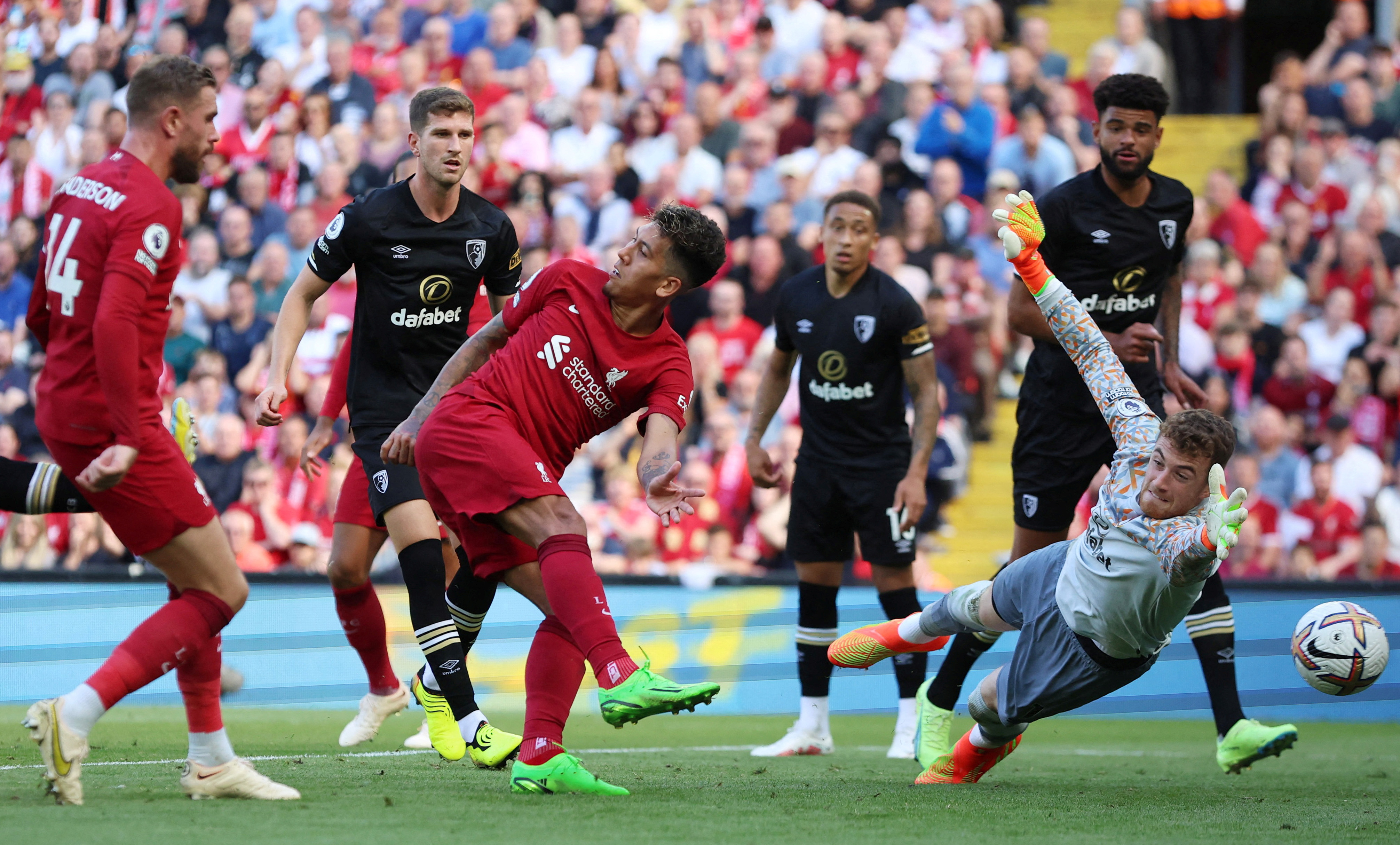 But going forward he remains a true threat, although Parkers’ defenders, now switched from their usual back three to a four-man rear guard, allowed him plenty of time to pick his spot.

Alexander-Arnold set himself up by playing a brilliant one-two with Firmino.

The goal allowed the Brazilian claim an impressive double for it was the second time that he had figures in three first half strikes in a Prem game – the first in a 4-0 win over Southampton in February 2020.

Yet it only got better for him. 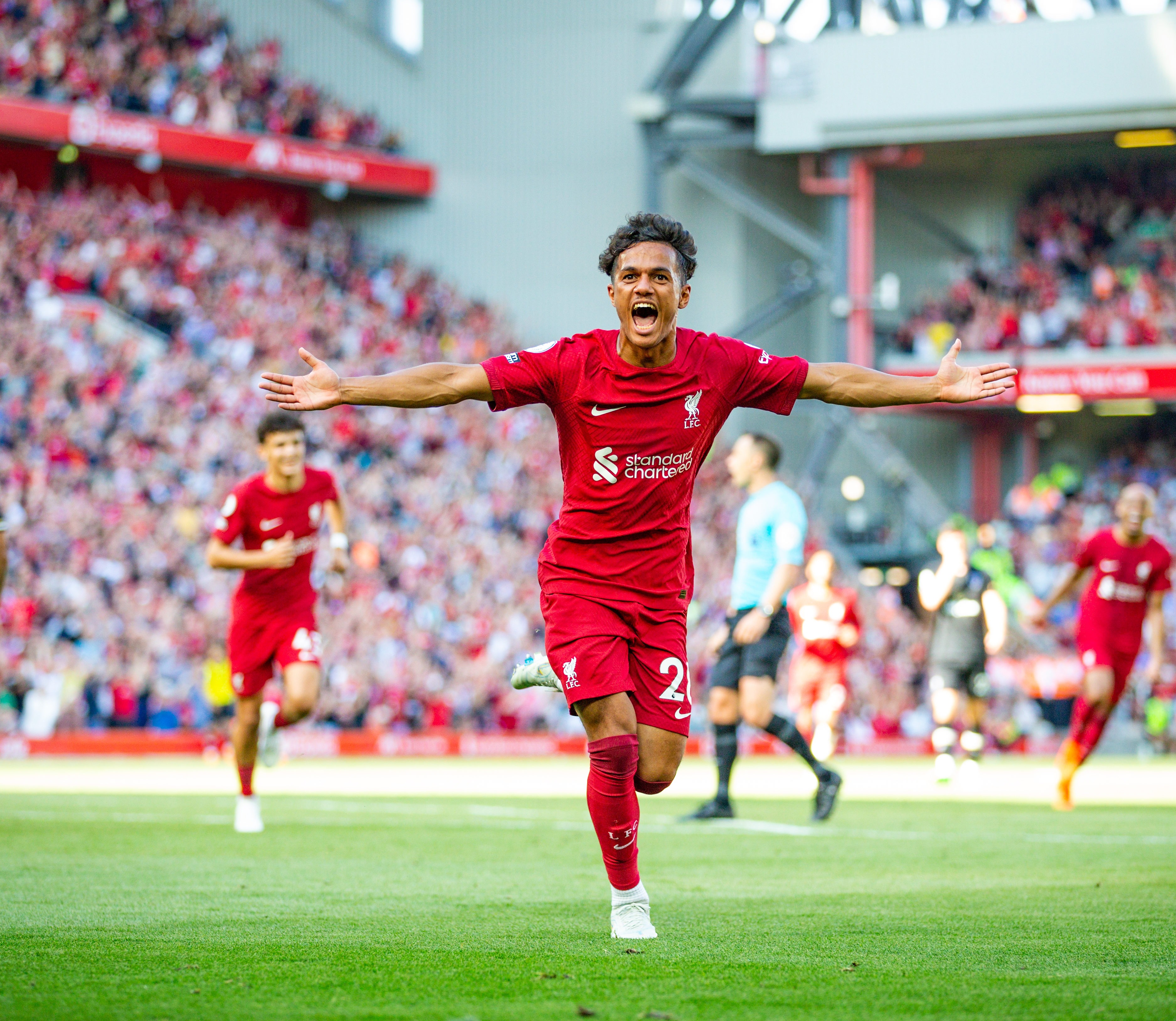 Salah attempted a cross which took a wild ricochet and there was the striker to volley home from close range to claim his first league goal at Anfield since hitting the net in a 2-1 win over Tottenham on December 16, 2020.

Yet he also had another feather in his cap, too, that – four-goal first half involvement, the second Prem player after Harry Kane who got three goals and had one assist against Stoke City in 2017.

It also needs to be said that Bournemouth were awful.

Newly-promoted or not, they were naïve, rabbits stuck in headlights. 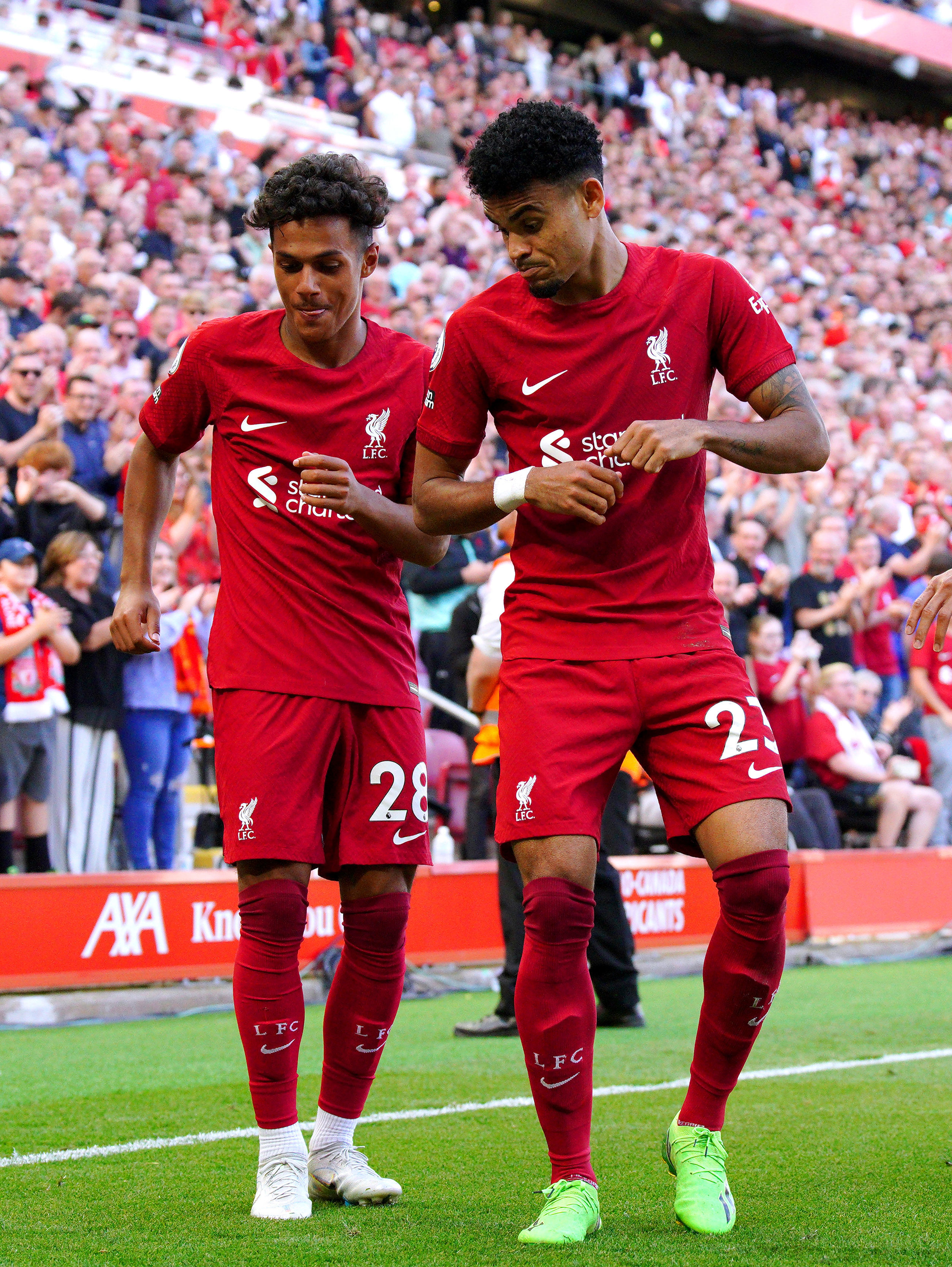 Seconds before the break they were five down and for once Firmino wasn’t involved, although Travers did divert his attempt for a corner.

The opening day 2-0 win over Aston Villa will already seem like a long, long time ago as they trudged to the sanctuary of the dressing room but it was all too brief in there.

Only three minutes into the second half Chris Mepham contributed to his side’s disarray with an own goal. 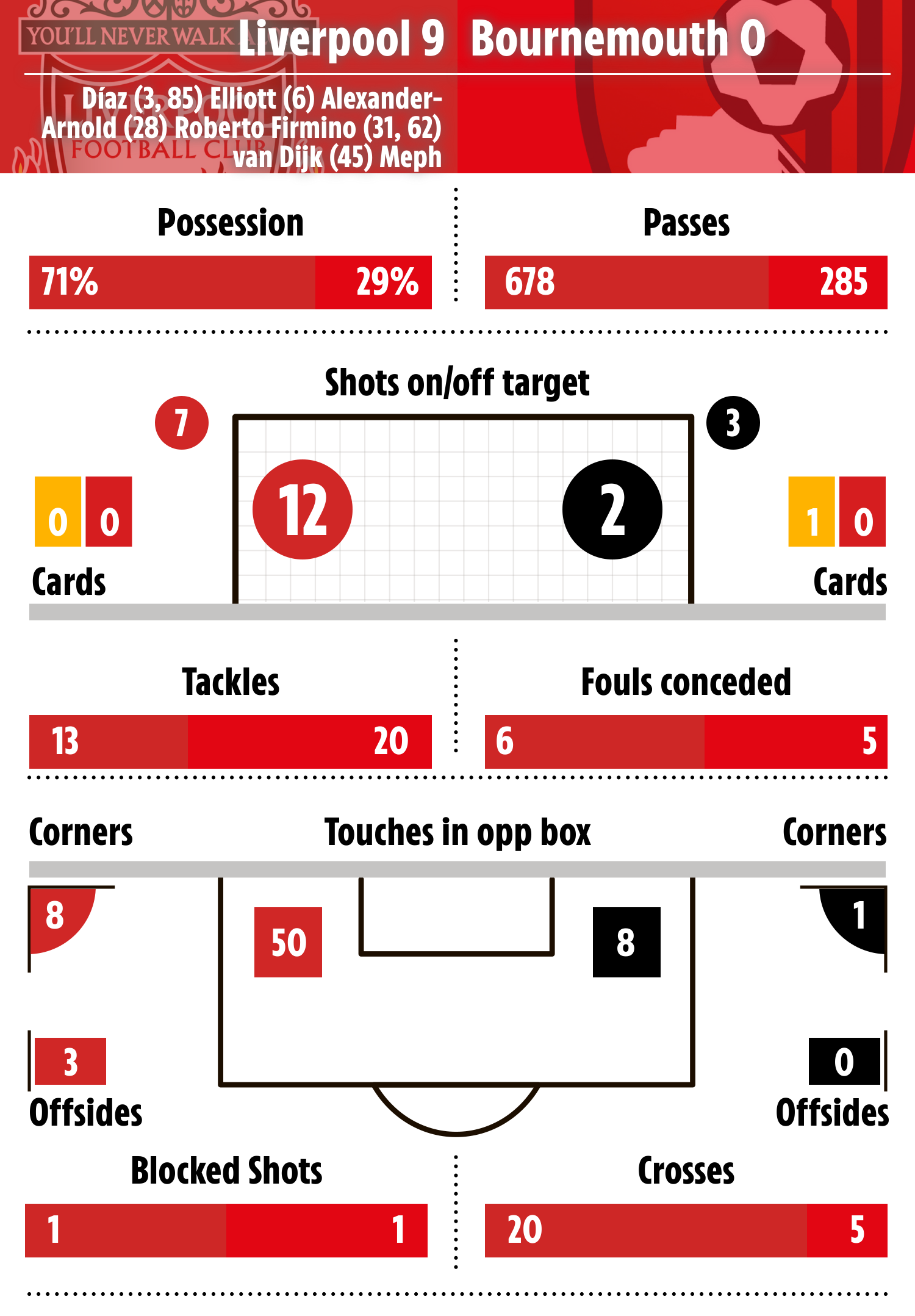 Number seven only served to underline the misery Parker’s players were going through.

Robertson swung over a cross which Travers, the one visiting player to try to show any real kind of resistance, spilled.

The ball fell to Firmino and while the goalkeeper saved his first shot, he could do nothing about the rebound.

By this point a Prem record 10 – win was on the cards and in the 82nd minute came number eight , sub Fabio Carvalho claiming his first goal since his £9m arrival from Fulham in the summer.

And they weren’t finished there, equalling that Prem record with Diaz heading home from close range for his second.

Millions of PlayStation owners could be owed ‘up to £560 EACH’

And the only surprise in a game that was over almost before it began?

Mo Salah didn’t get his name on this remarkable scoresheet!

Relive ALL the action with our live blog below…