JURGEN KLOPP has promised to hand over his own Premier League winners' medal to his Liverpool squad, if need be.

Players are only guaranteed their own piece of silverware by making a minimum of five appearances throughout the season. 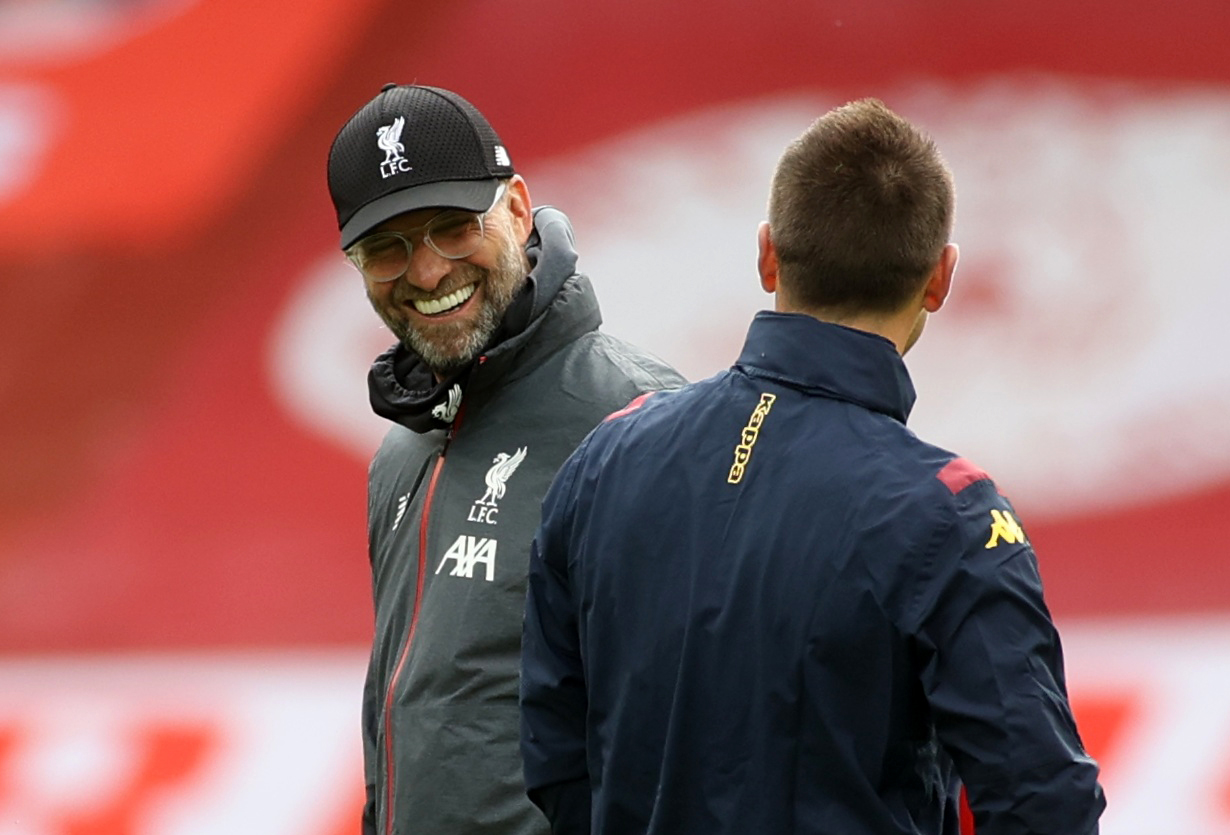 That means a number of young players could miss out, with the club handed 40 medals to dish out between the dressing room and backroom staff.

And Klopp vowed to find a way to reward the fringe members of his squad, telling reporters ahead of Sunday's win over Aston Villa: "I don't know who came up with that [rule].

"Even if you have played one game you should have a medal.

"If the people don't understand how important a squad is to win a championship then I cannot help them to be honest.

"If you are the second goalie and have had less games, you should get a medal.

"You train five million times over a year and if you don't train at the highest level you have no chance to win a championship.

I could produce it by myself. They can have my medal, but it's not really the rule."

"Somebody decided you have to have five games for a medal?'

"I could produce it by myself. They can have my medal, but it's not really the rule.

"I would rather [the League] think about the rules again and make it happen."

With five games to go, 21 members of the Reds' squad are eligible for a medal, including Xherdan Shaqiri and Takumi Minamino on six appearances each.

Curtis Jones played his third league game of the season when scoring off the bench against Villa with fellow youngsters Neco Williams and Harvey Elliott on three and two, respectively.

Clubs can fork out themselves for extra medals or designate some of the 40 to players with fewer appearances.

In fact, Mohamed Salah's sole Premier League winners' medal before this season was won with Chelsea after Jose Mourinho personally designated the winger a gong despite playing only 30 minutes in 2014/15.