A friend of a boxer who spent 13 years in jail for murder has admitted that it was actually him who pushed the victim before he fell through a window to his death.

Melbourne boxer Khalid Baker was on the verge of becoming a national hero in 2005 when he was charged with the killing of Perth man Albert Dudley Snowball.

On Tuesday, his then mate, who cannot be named for legal reasons, told the Supreme Court of Appeal that it was him who pushed Mr Snowball, 22, in the seconds before he fell four metres out of a window to his death.

Aged just 17 at the time, the man, referred to in court as ‘LM’, had previously told 60 Minutes he had been the ‘last person’ fighting with Mr Snowball before he went out the window.

LM appeared in court on Tuesday after being compelled to do so by the Supreme Court of Victoria.

Armed with a certificate indemnifying him from incriminating himself, LM told the court what Baker had always known.

LM told the court he had been trying to break-up a fight between another mate and Mr Snowball when Mr Snowball struck him to the side of the face. 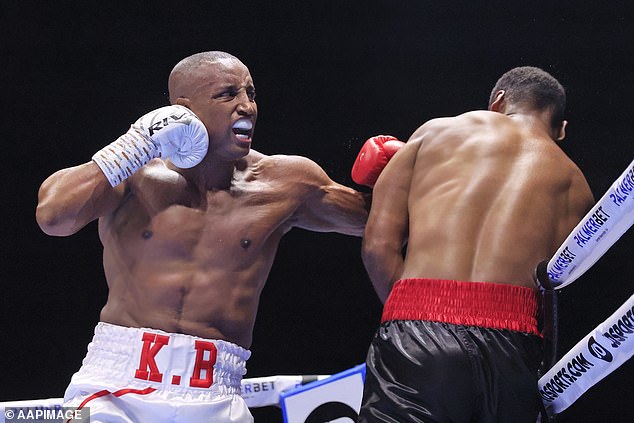 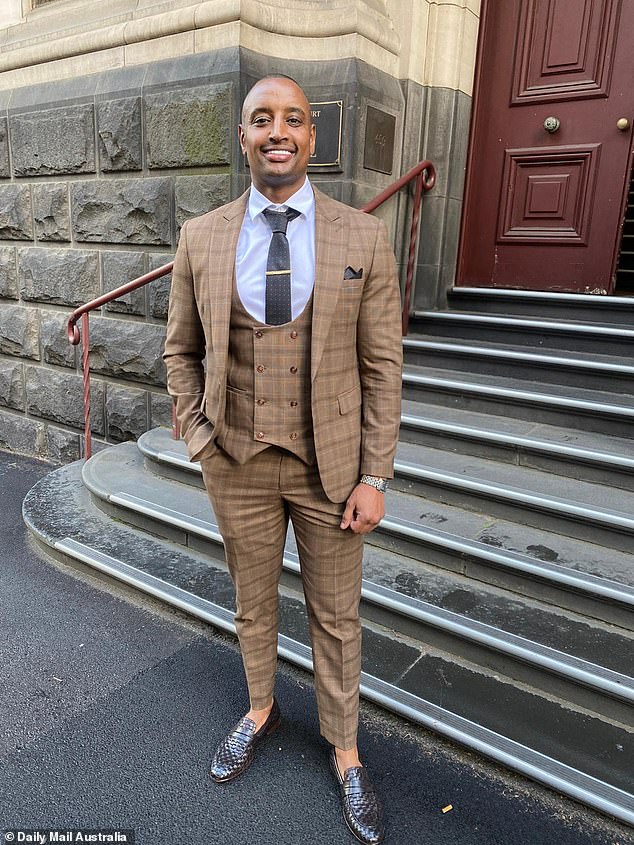 Khalid Baker outside the Supreme Court of Victoria on Tuesday 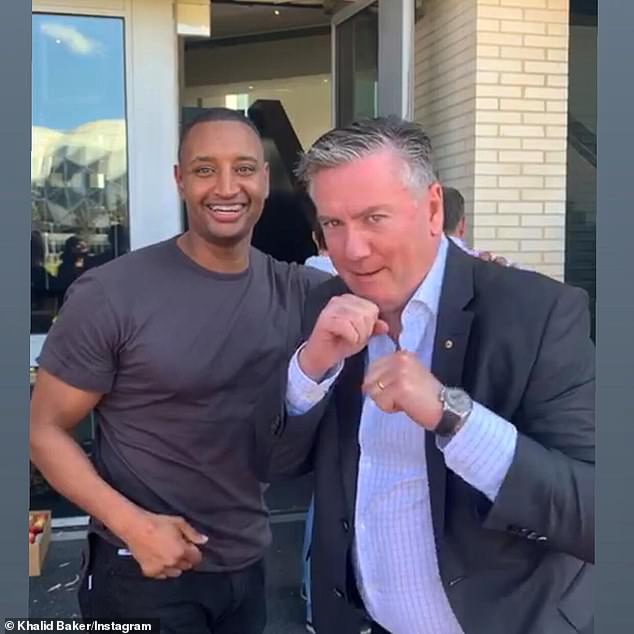 ‘What the f**k are you doing mate,’ LM told the court he said to Mr Snowball before pushing him away at near full strength.

LM said he had no idea where Baker was during the altercation and he didn’t see Mr Snowball go out the window.

But when he walked outside moments later he saw him lying on the footpath critically injured.

LM’s failure to see where Baker was at the time could prove crucial to the Court of Appeal’s decision.

On May 26, 2008, it was Baker who was convicted of Mr Snowball’s murder and sentenced to 17 years in jail with a non-parole period of 12 years.

Baker spent 13 years in prison before he was released in 2018.

He has since maintained his innocence, launching unsuccessful appeals with the Supreme Court of Victoria in 2010 and the High Court in 2012.

In May, Baker brought on another appeal in the Supreme Court of Victoria on the basis of ‘fresh and compelling evidence’ that it was his co-accused whose actions alone caused the death of Mr Snowball.

Baker had hoped LM would willingly attend court to admit to the crime, clearing Baker’s name once and for all.

Baker’s mate had offered to plead guilty to manslaughter, but the offer was rejected by prosecutors at the time because Baker refused to do likewise.

LM pleaded not guilty to murder and was acquitted by a jury.

Baker’s version of events had been supported by three eye witnesses at trial, who claimed he ‘wasn’t even near them when it happened’. 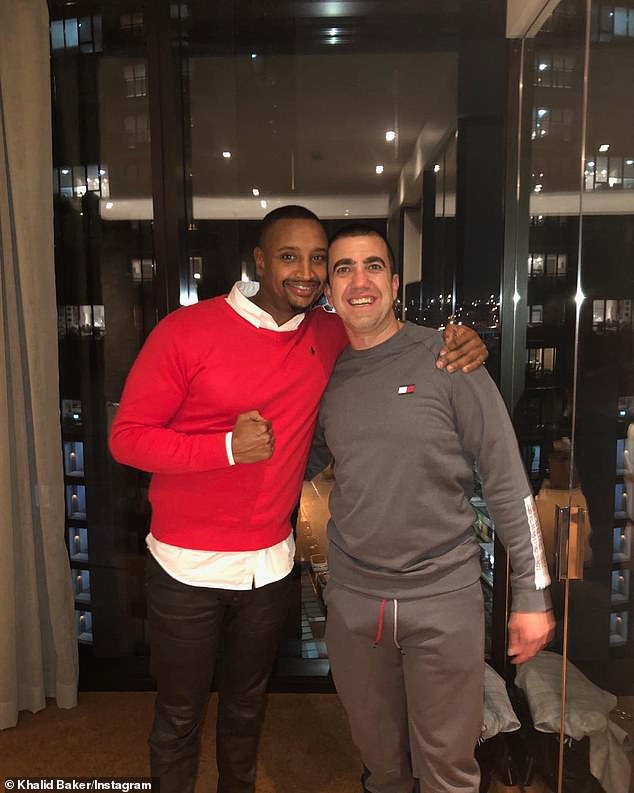 Khalid Baker with Faruk Orman, who was acquitted of murder and released from jail because of the Nicola Gobbo scandal 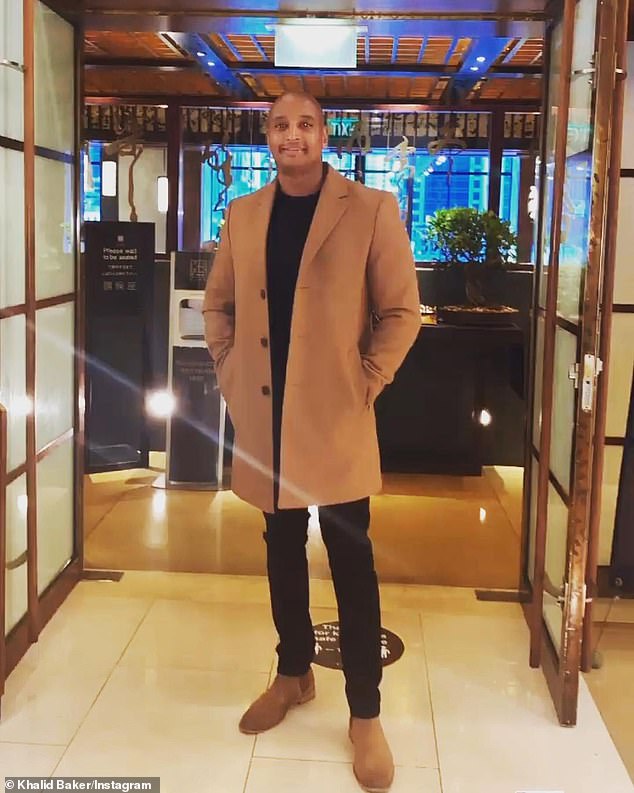 While LM could not be compelled to give evidence at Baker’s initial trial, the Supreme Court of Appeal ruled he could now.

The court heard LM could still fall foul of Victoria’s double jeopardy laws should the Office of Public Prosecutions believe it has enough evidence to run another trial.

The law, which once stated that no one should be tried or punished twice for the same offence, was reformed in 2011, opening the gateway for fresh trials to be ordered where there is compelling new evidence that a person previously acquitted of a serious crime is guilty.

LM was acquitted despite the jury hearing evidence he had told police in a record of interview that he had ‘grabbed’ and ‘pushed’ Mr Snowball prior to him going out the window and ‘assumed’ he went out the window as a result of the push.

Baker’s barristers claimed there has been a substantial miscarriage of justice – one that cost Baker 13 years of what should have been the best years of his life.

Since Baker’s jailing, LM had provided statements and conducted television interviews with 60 Minutes, The Law Report and The Project admitting he was responsible.

LM had told his friends at the time that it was he who had pushed Mr Snowball through the window. 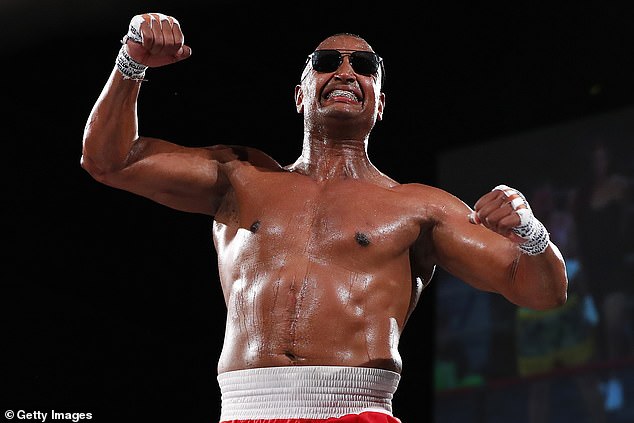 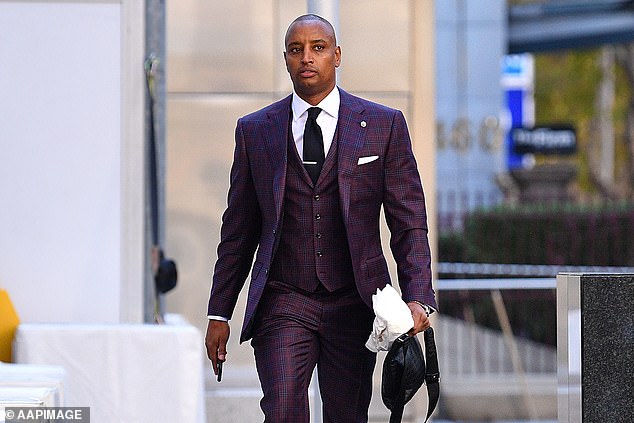 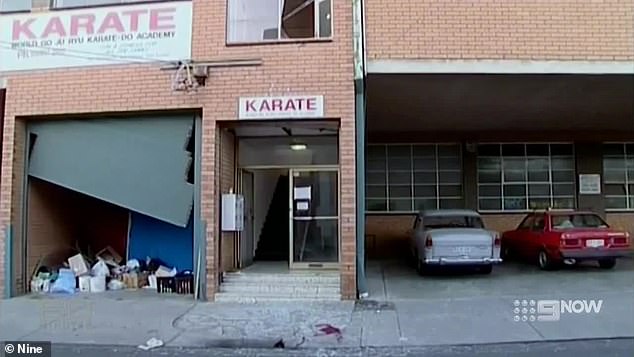 The window Albert Snowball fell to his death from in 2005

When Baker went to trial, none of the evidence provided by LM could be put before the jury and he could not be compelled to do so.

Admissions of guilt made by LM prior to the trial were ruled inadmissible, a claim upheld by the High Court.

LM’s evidence was deemed crucial by the Supreme Court of Victoria if Baker’s appeal was to be granted.

Prosecutors had opposed Baker’s bid to get LM before the court, claiming the court had no power to compel him to do so.

The court heard LM had told Baker he would face the court willingly, but changed his mind just days before he was due to appear.

On Tuesday, LM maintained he had acted in self defence.

‘Look what you made me do,’ he told his mate who had started the fight.

‘A bloke that I was on the landing with, who I had just pushed, has gone out the window … by getting into an altercation with Mr Snowball.’

LM told the Supreme Court he could not recall Baker being anywhere near the altercation at the time Mr Snowball was shoved.

‘I don’t have any memory of Mr Baker being on the landing,’ he said.

‘I have no idea where he was.’

The scuffle that sent Mr Snowball out the window lasted less than a minute, LM said. 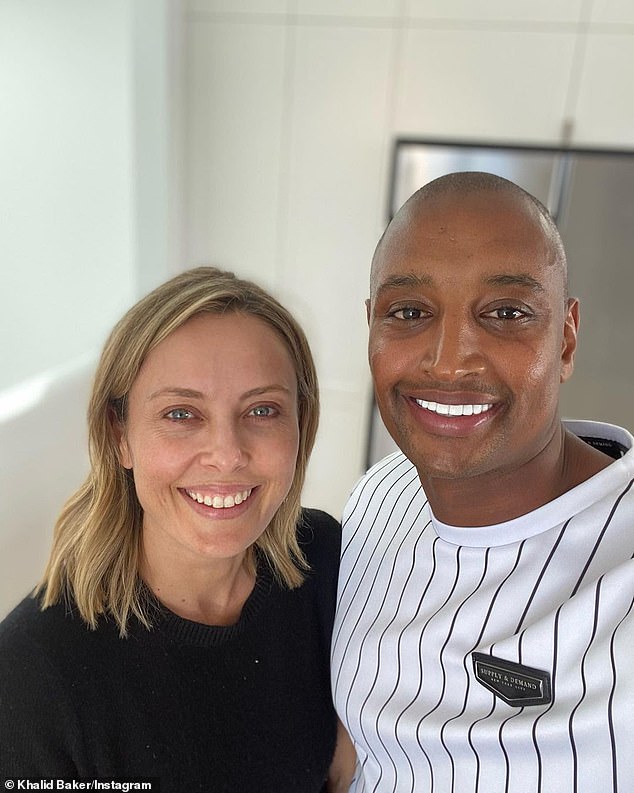 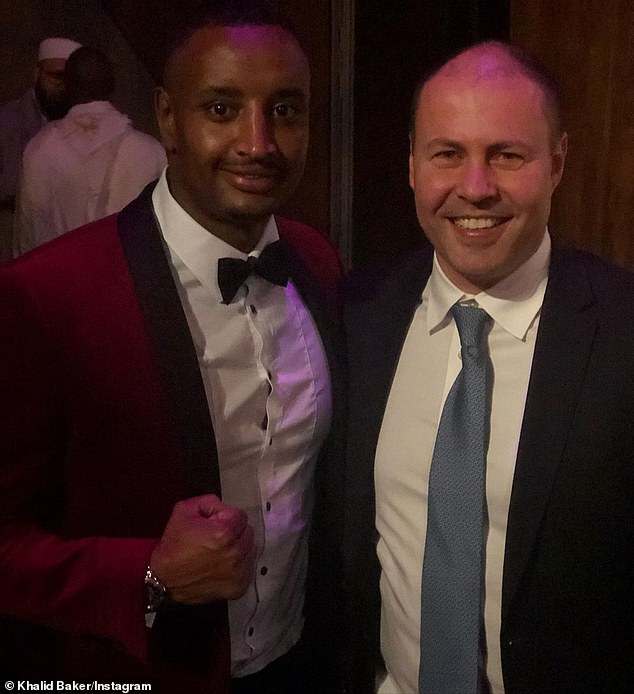 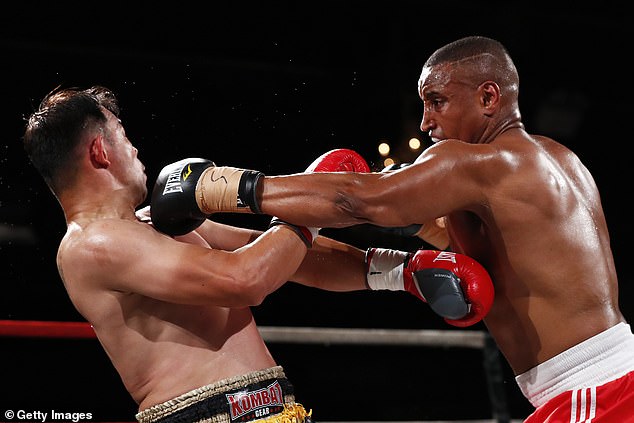 Since Baker’s release from prison, he has won each of his nine fights – seven by knockout.

Baker had come out of prison in peak condition after following a strict physical regimen that continues on the outside.

Sources say Baker has never used drugs and refuses to have a drink.

On the night he supposedly committed murder he had been the designated driver and had not had a sip of alcohol.

Those that know Baker say he has unfinished business after his dreams of representing Australia in the Commonwealth Games was thwarted by his jailing.

Back then, Baker had been in a similar position, having won nine fights straight with his eyes set firmly on success.

‘People always put me down when I was young,’ Baker told this reporter in 2005.

‘They said I’d amount to nothing, and now I’m getting somewhere everyone is scared. They don’t want me to go where I want to go.’

Now training with Sydney’s Billy Hussein and Melbourne’s Peter Hatton, Baker is rumoured to be contemplating a move up into the heavyweight division where he could face-off with former AFL bad boy Barry Hall.

Daily Mail Australia contacted Baker for comment, but he was unable to speak under legal advice until his appeal process has come to its conclusion.

Those close to him say Baker remains as determined to succeed in life as he did as a hungry 18-year old yearning for respect in and out of the ring.

When not training and fighting, Baker has been kept busy on the speaking circuit, where he has been inspiring others with his story.

When not addressing AFL footballers, Baker spends his time talking to young kids who may be experiencing some of the problems he endured growing up.

‘He’s not going to sit there and be a victim,’ Baker’s friend told Daily Mail Australia.

‘He’s going to be a success to his story and let people know that whatever you go through, you can come back and it will make you a better person for it.’